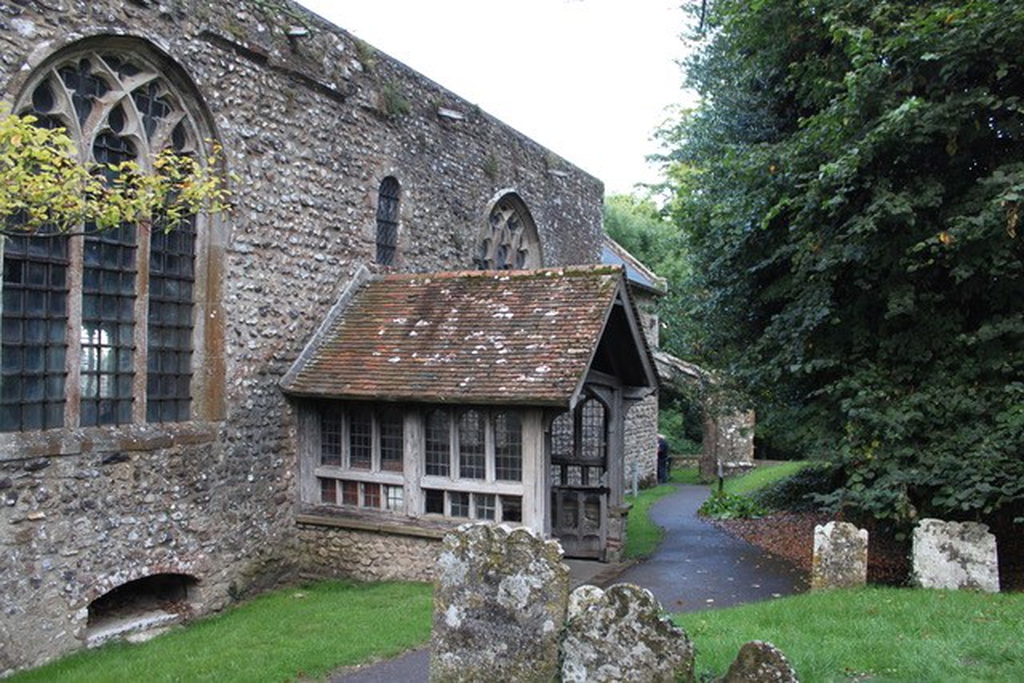 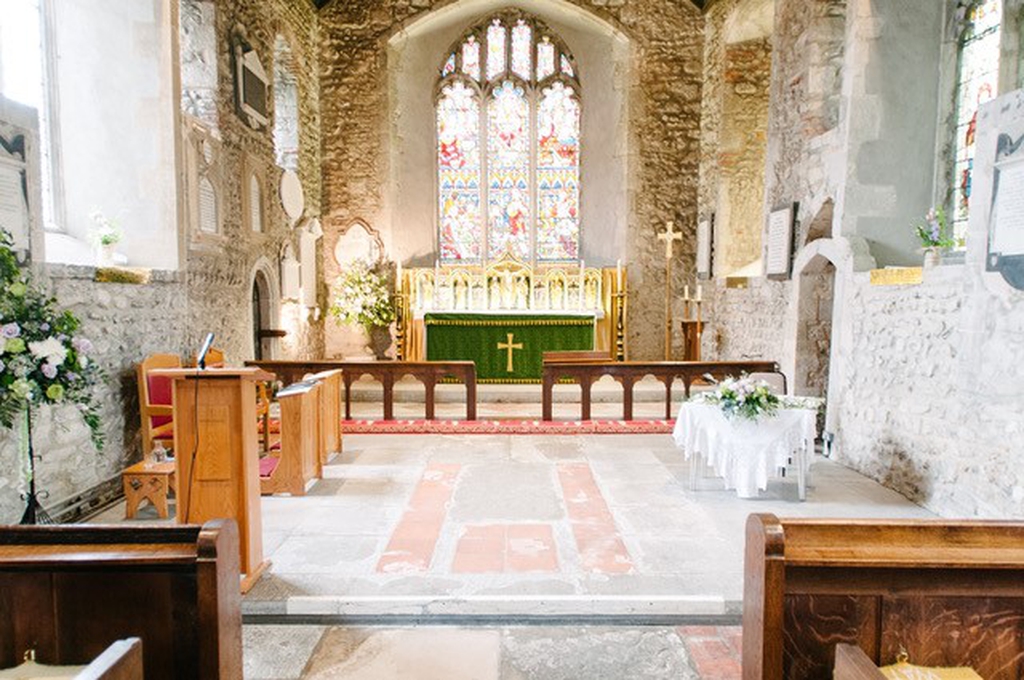 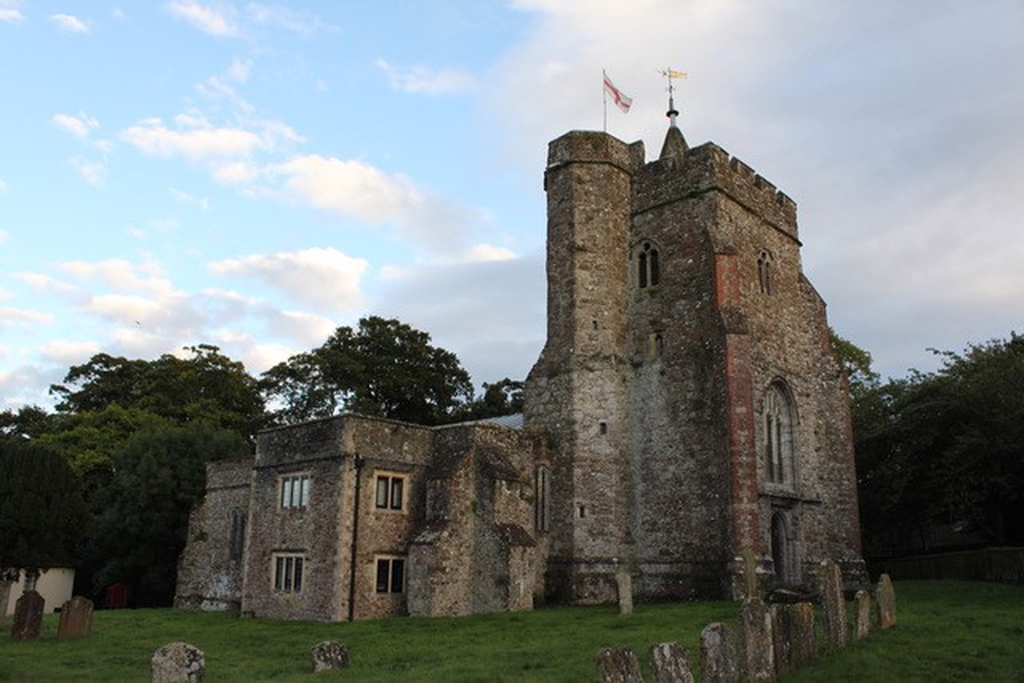 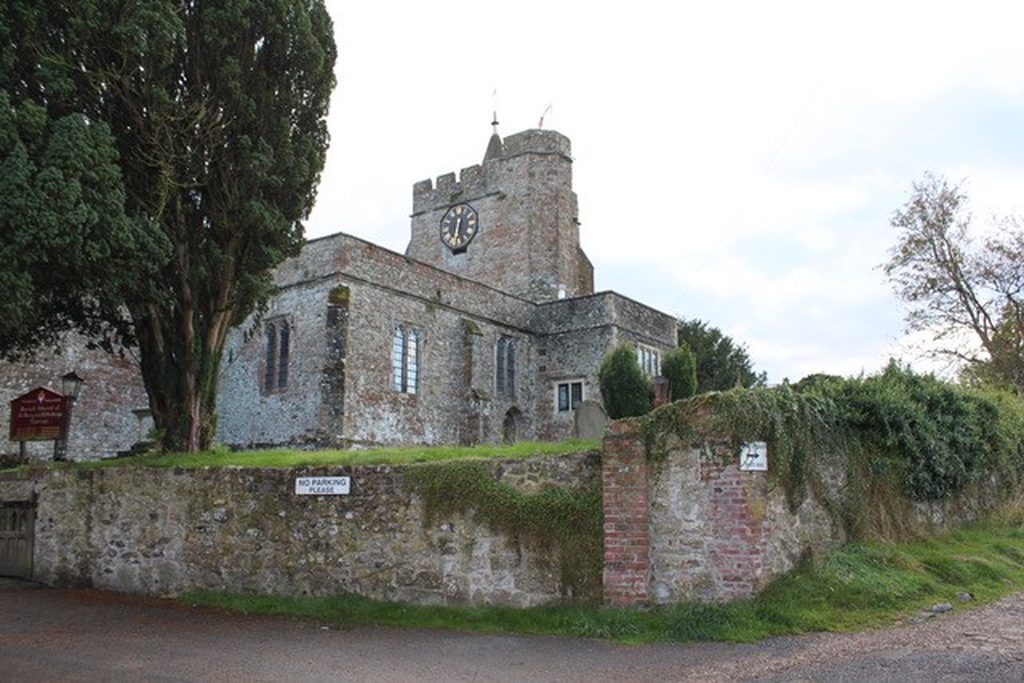 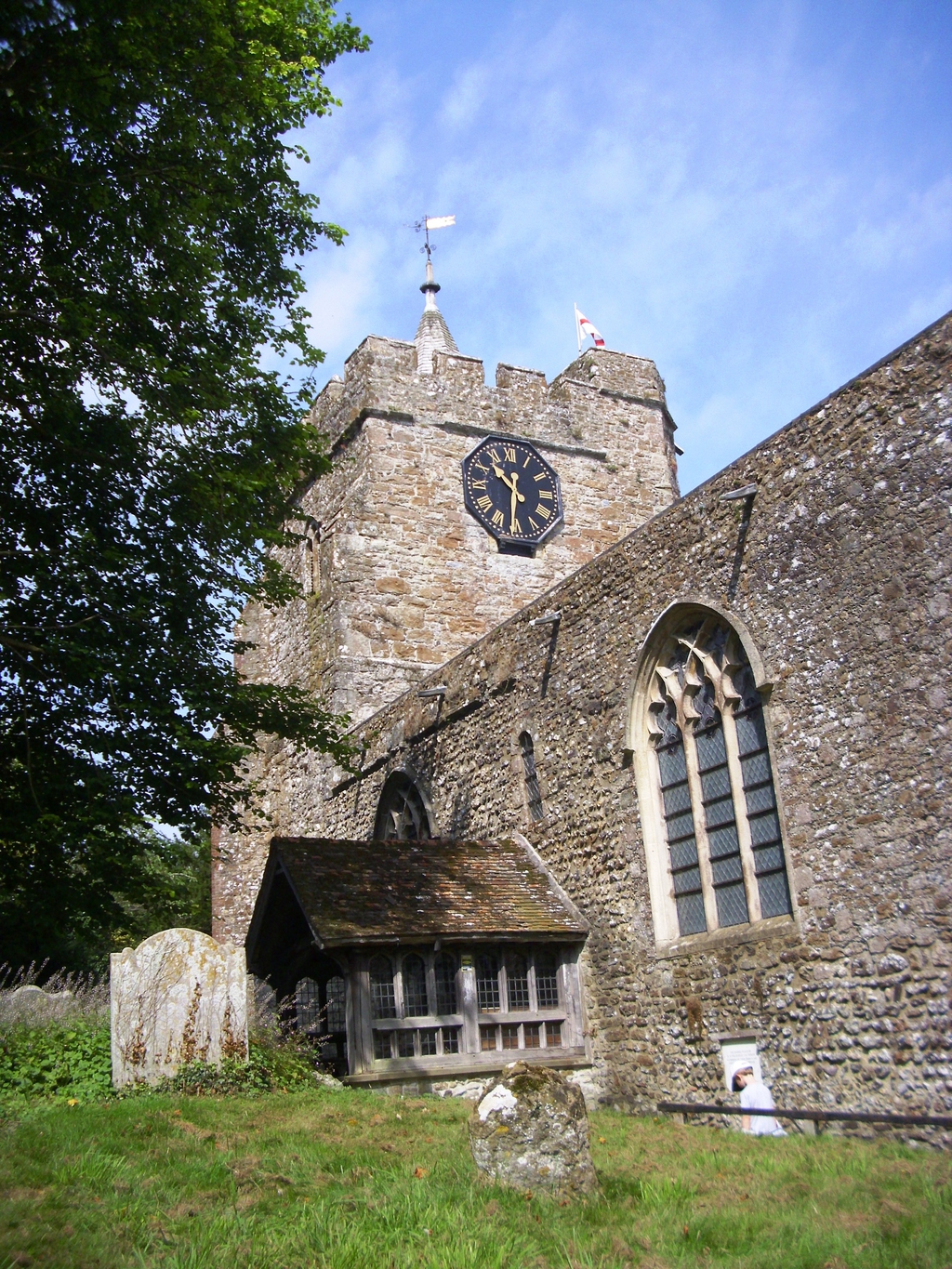 Pathways to the Past

We were blessed with beautiful sunny weather on Saturday. This created perfect conditions for the visit by The Rt Revd Rose Hudson-Wilkin, Bishop of Dover, who came to Lyminge to dedicate the new artworks commissioned from local artists for the church and churchyard as part of the Pathways to the Past project. <span style="font-size: 1rem;">Bishop Rose's visit began at the village primary school. Originally our plan had been for this part of the visit to be at the school, where the School Fayre was due to be in progress and the children were to show Bishop Rose what they had learned about Anglo-Saxon Lyminge. Although this part of the day was cancelled due to Covid restrictions, Bishop Rose was still able to admire the display that had been put up by the children by the school fence.  </span>

Accompanied by project manager Rob Baldwin and Lyminge's priest Jane Weeks, Bishop Rose was introduced to the the history of Lyminge told through our new information panels, and the setting that has inspired the artworks that have been made for the church. She was particularly delighted to learn of the work that has been done not just to promote understanding of the achievements of Queen Ethelburga and the royal women of Anglo-Saxon Kent, but also to restore St Eadburg, the lost saint of Lyminge whose presence in the dedication of our church has been erased, and whose profile in centuries past has been diminished virtually to nothing. There is still work to do to put St Eadburg back into the collective consciousness, but with Bishop Rose's support, this does now seem a little more achievable.

Bishop Rose was impressed by the new archaeological display in the north aisle providing stunning reconstructions of Queen Ethelburga's church. The flower displays made our current church equally a joy to behold as sunshine streamed through the windows.

Before the service of dedication began, Bishop Rose was able to meet the artists: Helen Lindon who has created a modern icon depicting Ethelburga and Eadburg, the two saints of Lyminge, Kate Beaugie who has created a panel recycling pew oak from the church to depict the course of the life-giving Nail Bourne from source to sea, Elaine Tribley who has worked with local groups to create a monument to Ethelburga from Kentish ragstone, and Liz Coleman who masterminded the textile made by members of local group Ethelburga Quilters, which depicts images of metalwork excavated around Lyminge.

Jane began the service and after initial prayers, the assembled congregation heard Wendy Perkins, member of local Poetry Group Lyminge Laureates, read her epic poem 'Song of Ethelburga', created in 2020 as part of preparations for the Big Anglo-Saxon Festival that was planned for August 2020 but which had to be cancelled due to Covid restrictions. This was the poem's public premiere.

<span style="font-size: 1rem;">The service continued with each artist saying a few words about their piece, then the choir sang an anthem, and finally Bishop Rose dedicated each piece to its role, beautifying our ancient church and enhancing by its presence the welcome extended to all visitors. The stunning cotton textile created by Ethelburga Quilters that now hangs on the side of the organ has been dyed with a range of colours in a muted palette, including some natural pigments. The images are a selection of some of the decorated metalwork, most of it Anglo-Saxon, that has been unearthed in Lyminge over the years.</span>

Folkestone artist and environmental activist Helen Lindon has drawn inspiration from the stream of the Nail Bourne that springs from the chalk in Well Field close to the church, and from the stories of the two saints of Lyminge: Ethelburga celebrated in history as taking Christianity to the north of England when she married the pagan King Edwin of Northumbria, and who tradition says founded at Lyminge the first Christian community in southern England; and Eadburg, Abbess of Minster-in-Thanet who built there the shrine of St Mildrith, the foremost saint in Anglo-Saxon Kent and whose abbey scriptorium may have produced some of the most lavishly decorated books in the whole of Western Europe during the 8th Century.

<span style="font-size: 1rem;">Kate Beaugie, also a local artist from Folkestone is known for her work with water and light. The gold leaf of her panel painting 'Eternal Source' glitters in the sunlight that comes through the adjacent south-facing window, This piece celebrates the immensity and the mystery of the gift of water that rises from the ground, and here in Lyminge creates the means of life itself. This water nourished some of the first people who returned to Britain at the end of the last Ice Age some 9-10,000 years ago. The celebration of water here is particularly appropriate as the font will soon be relocated to this spot, where it stood once before in the early years of the 20th Century.</span>

Elaine Tribley is an artist who specialises in public art. She already has an installation on the White Cliffs at Dover, and in a similar way to that work, Memorial Stone has been created using imagery developed by local groups, although this process which began in 2020 had the additional challenge of being facilitated through Covid-friendly virtual workshops. The stone is fine ragstone, kindly donated to the project and delivered free of charge by Gallaghers of Maidstone from their quarry there in Hermitage Lane. The ragstone mirrors the stone used to build the church itself. The applied metal bands incorporate imagery derived from the local environment and words upon which to pause and reflect.

It was a truly wonderful afternoon. We were so pleased to be able to share the new art and our beautiful church with Bishop Rose. As a small thank you, we were able to share also a couple of bottles of Queen Ethelburga's Ale, our special festival ale only available at the Coach and Horses in Lyminge. We were delighted too to share the event with district councillors Jenny Hollingsbee and Susan Carey, who have been unstinting with their support for our project since it began, and who have helped at times steer it successfully through some tricky local bureaucracy