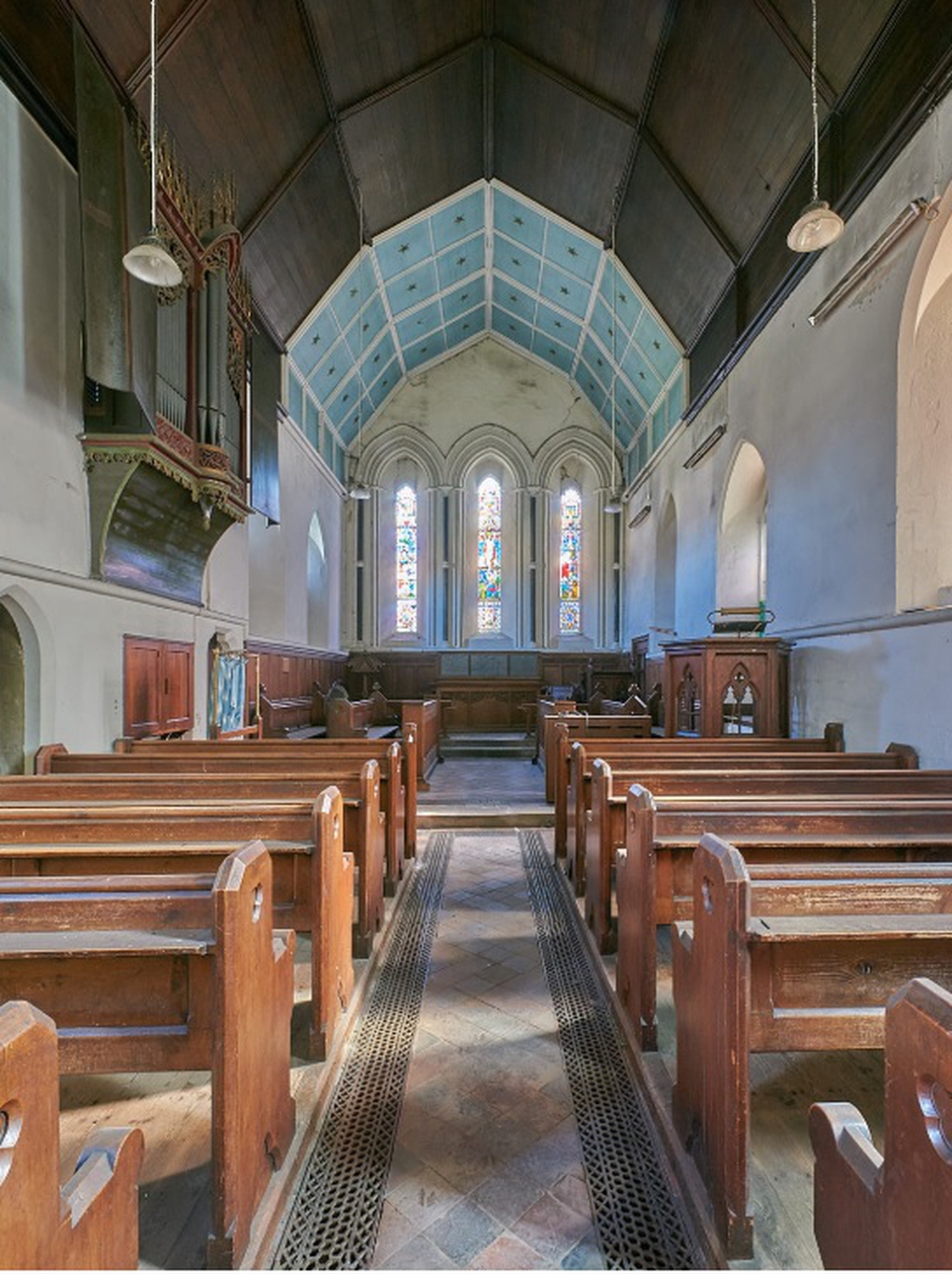 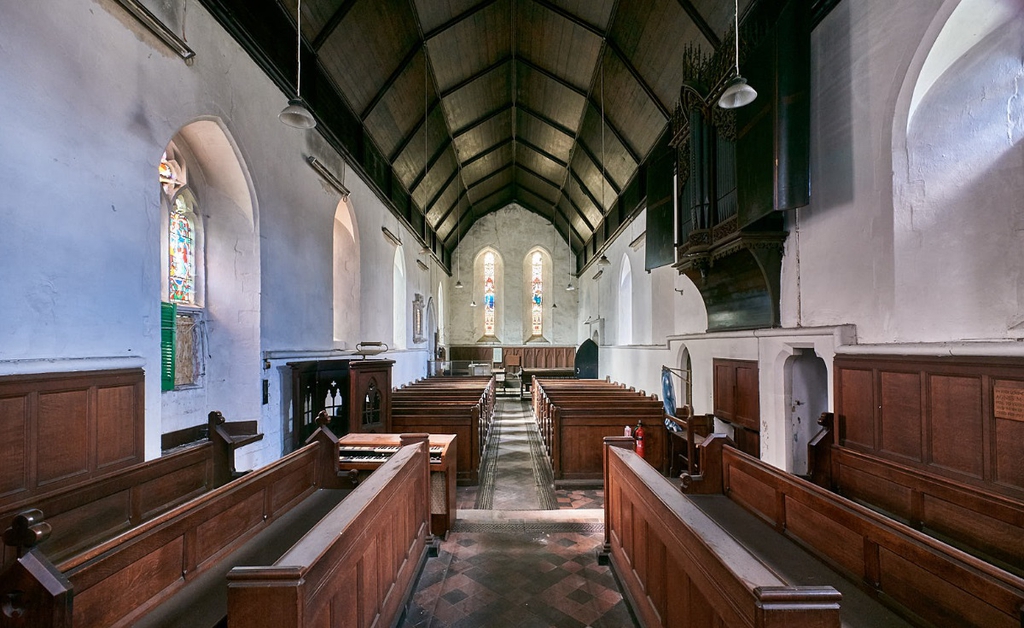 The Abbey Church is currently closed to the public and is in the care of it's sister church, Christ Church Cambridge just down Newmarket road, CB1 1HT (5 mins walk from the Abbey). For all questions please speak with the Operations Manager at Christ Church, Mr. Ben Cook on 01223 750450. To see pictures of the Abbey, click here : https://www.sararawlinson.com/abbey-church/

A little history on the Abbey Church.

The little Abbey Church of St Andrew was once overshadowed by a large and magnificent church which stood some distance behind it, nearer the river. It was one of the finest and largest in the whole country, the church of Barnwell Priory. Brief historical notes on the priory, with a list of its priors can be seen in the church.

The first mention of this present "Abbey" Church occurs in Pope Nicholas's Taxation in 1291. There it is called capella de Bernewell, and the Prior of Barnwell is stated to be its Rector. It seems very probable that this Church was built by the hamlet of Barnwell. It is practically all that remains of the great religious establishment here. Only one small portion of the Priory itself is now left to speak of its style and former splendour, the Cellarer's Chequer, at the corner of Beche Road and Priory Road. A few remains of stonework stand in the garden of Abbey House in Abbey Road.

When the great priory Church was gone, this little Church stood alone.

The name "Abbey" Church may be doubly mistaken; it was attached to a priory, not an Abbey; and this Church was not the Priory Church at all, but provided by the Priory for the villagers. But it is a convenient name, and its origin can well be understood. This Church and six of the fifty houses in the hamlet alone escaped destruction by fire on the 30th September 1731.

Small as it is, it is the mother Church of a once huge parish. The area now contains about half the entire population of Cambridge. As the population of Cambridge grew, the Abbey Church proved too small for the congregation. More churches were built, beginning with a short-lived structure on the site of Mill Road cemetery, which was succeeded by Christ Church in 1839.

Now parishes were St. Matthew, St Barnabas, St Philips, besides mission churches. The daughter church of St. Stephens, Coldhams Lane as built later to serve that area of the parish.

About the year 1825 the Abbey Church appears to have been decaying seriously, and 21 years later it had to be closed as unfit for Divine Worship. This old Parish Church of St. Andrew ceased to be the Parish Church, for in 1846 Christ Church was made the Parish Church to all intents and purposes. But no legal instrument can un-mother a mother; and it is still the Parish of St.Andrew the Less. Eight years later, however the restoration of the Abbey church was undertaken by the Cambridge Architectural Society; and it is to the care with which this work was done that we owe the preservation of this beautiful building.

It seems that the Church was built early in the thirteenth century, for its style is uniformly early English; some windows of a later date have been inserted. It is without aisles or division of nave and chancel.

The east window is one of the most beautiful specimens of the kind in the neighborhood of Cambridge. It is an early English triplet which is quite plain on the outside, but the interior is decorated with long slender shafts of Purbeck marble supporting the simply deeply-cut mouldings of each arch, and neatly finished with small circular bands and capitals.

The 2 lancets at the west end, and the other windows of this style in the church, are without these ornaments. Near the pulpit is a fourteenth-century two-light, low-side window, transformed. None of the stained glass is old, but the clear window in the north wall of the nave contains medieval crown-glass. There are traces of early thirteenth-century colouring on the walls.

In the north wall is a stairway to the old rood-loft. An elegant and light rood-screen richly carved, coloured and gift, which was in place in 1845 has disappeared. So has an iron hour-glass stand which was near the pulpit in 1811.

There are 2 good doorways; the north door communicated with the Priory. It has a pointed arch traversed by a slender canopy. The south porch, built in 1929, replaced an earlier one.

OTHER POINTS OF INTEREST

Notice the double piscina, and the ancient coffin lid on either side of the Cancel. The modern communion table took the place of a Jacobean table, now at the far end of the Church. All the Communion plate seems to be Victorian; a paten is dated 1887. The centre organ pipe, which is embossed, is unusual.

The first recorded marriage here, in the Bishop's transcripts of the registers, is that of "Rychard Read and Martha Lapis 14 June 1599.

Against the west wall of the churchyard are six mural tablets. once in the chancel, erected by a squire, Jacob Butler. The inscriptions tell of his ancestors and himself. The Churchyard was consecrated as a burial round on 15th March 1351.