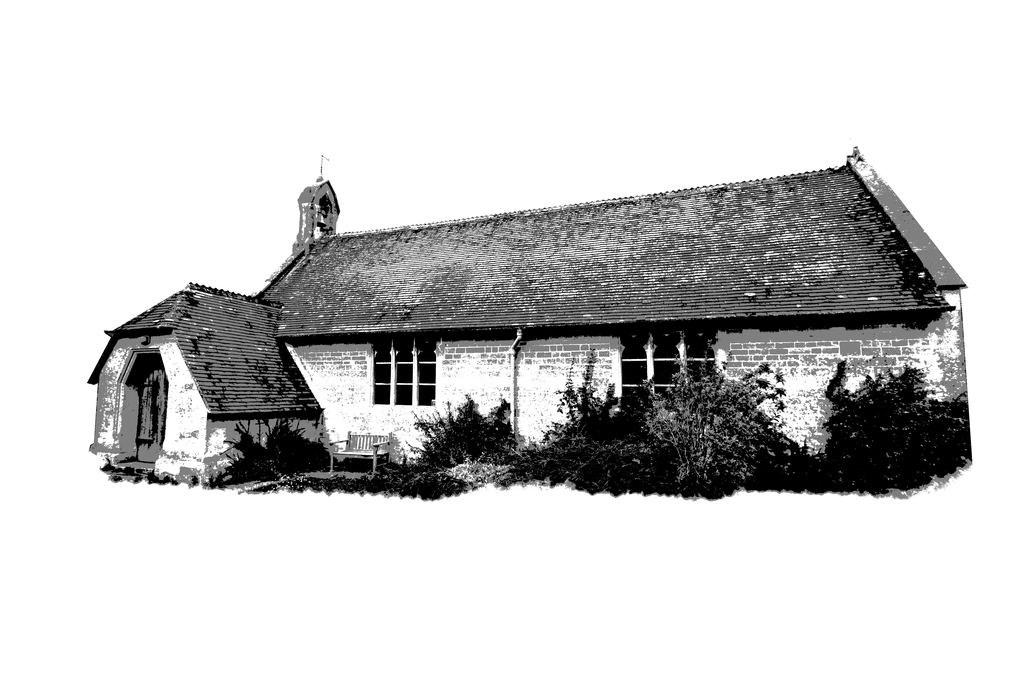 When Thomas Keble decided to build a chapel-of-ease in Eastcombe in 1868 he had already been the vicar of Bisley parish since 1827. He had built several churches and a school in neighbouring villages. The chapel in Eastcombe was also going to serve as a school. Keble’s son, also Thomas, became vicar in 1873. In 1901 he became unhappy with the use of a school room as a chapel-of-ease, and erected a corrugated iron church on the land to the east of the original chapel. This became the main place of worship with the older building remaining as a school. In 1919 the local authority took over the running of all elementary schools and the village school was moved to the newer, purpose built building, belonging to the Baptist Church.It was decided to go back to using the original stone built chapel as a place of worship. The ‘Tin Church’ became the parish hall and was destroyed by fire in 1962. In 1965, the Church in Eastcombe was separated from Bisley and combined with the Bussage parish.

Between 1980 and 1982 a considerable amount of modernisation and refurbishment was carried out and the stained glass was added - funded by public subscription, and individual private donation. The church seats about 75 people.