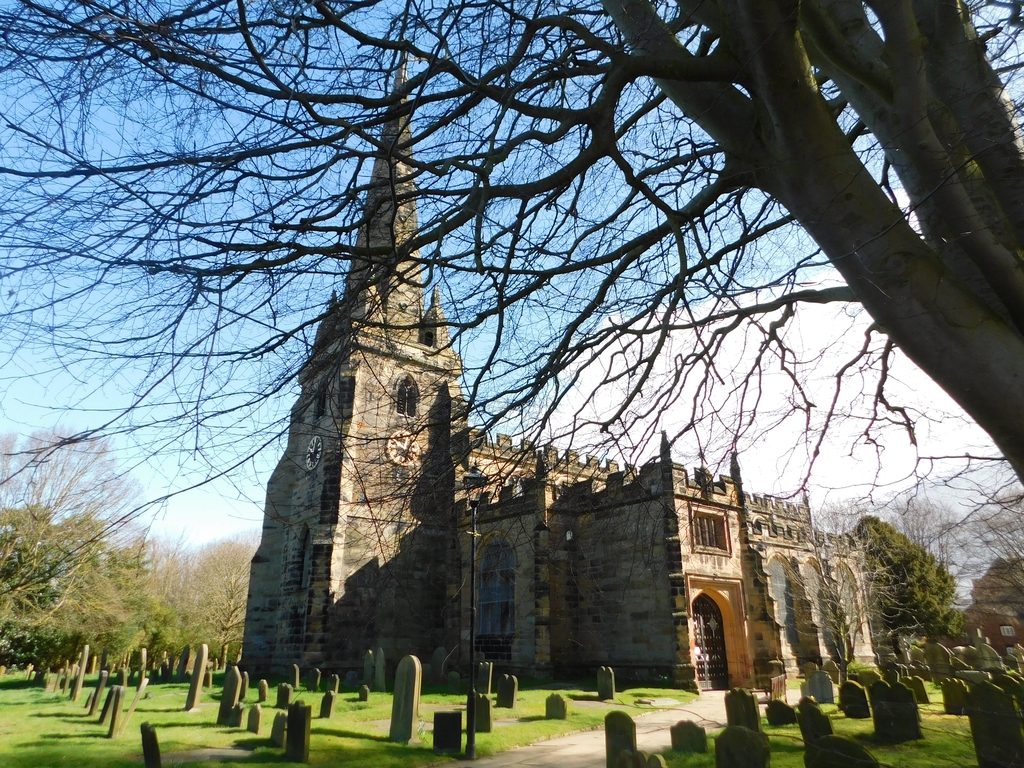 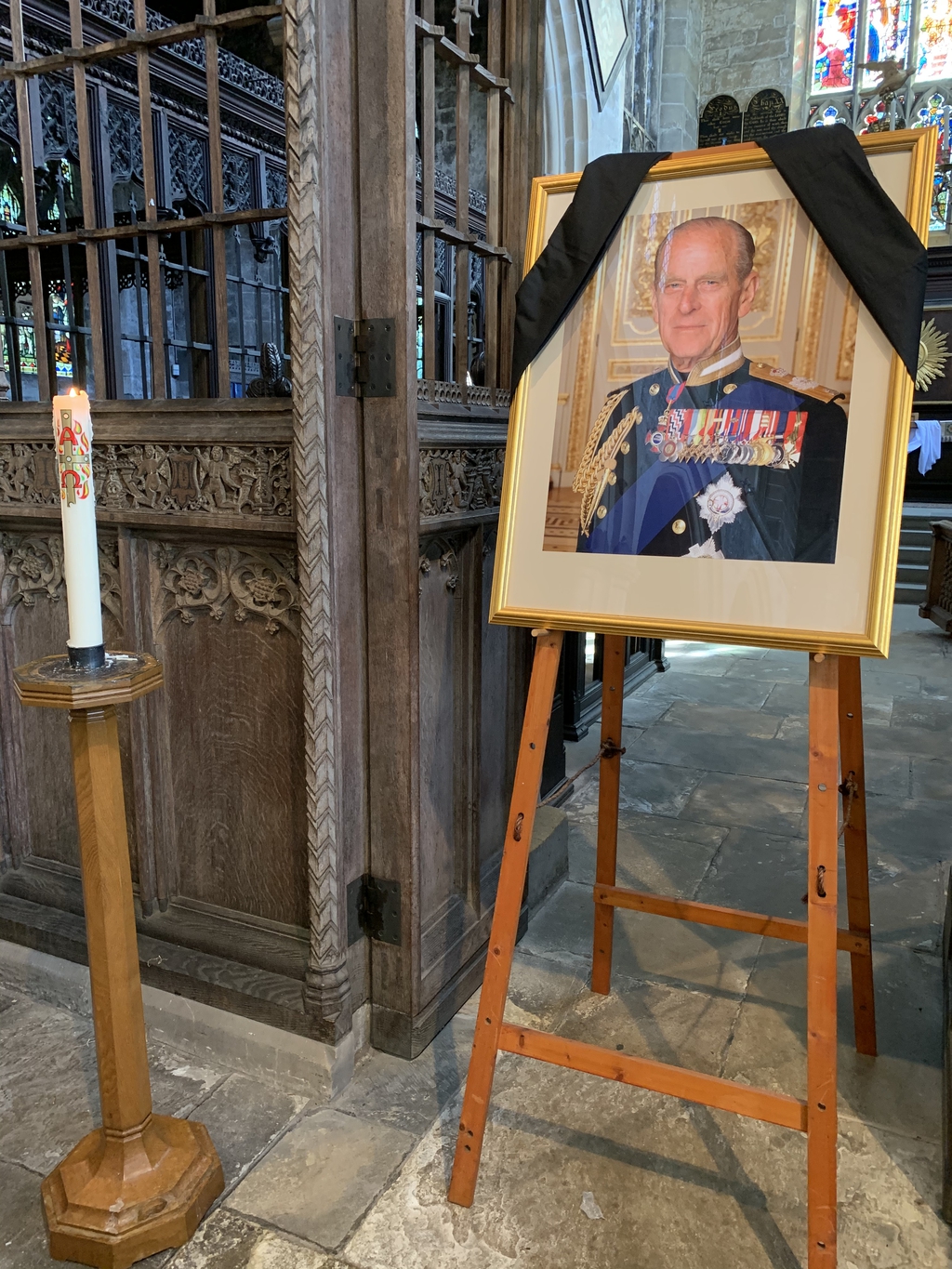 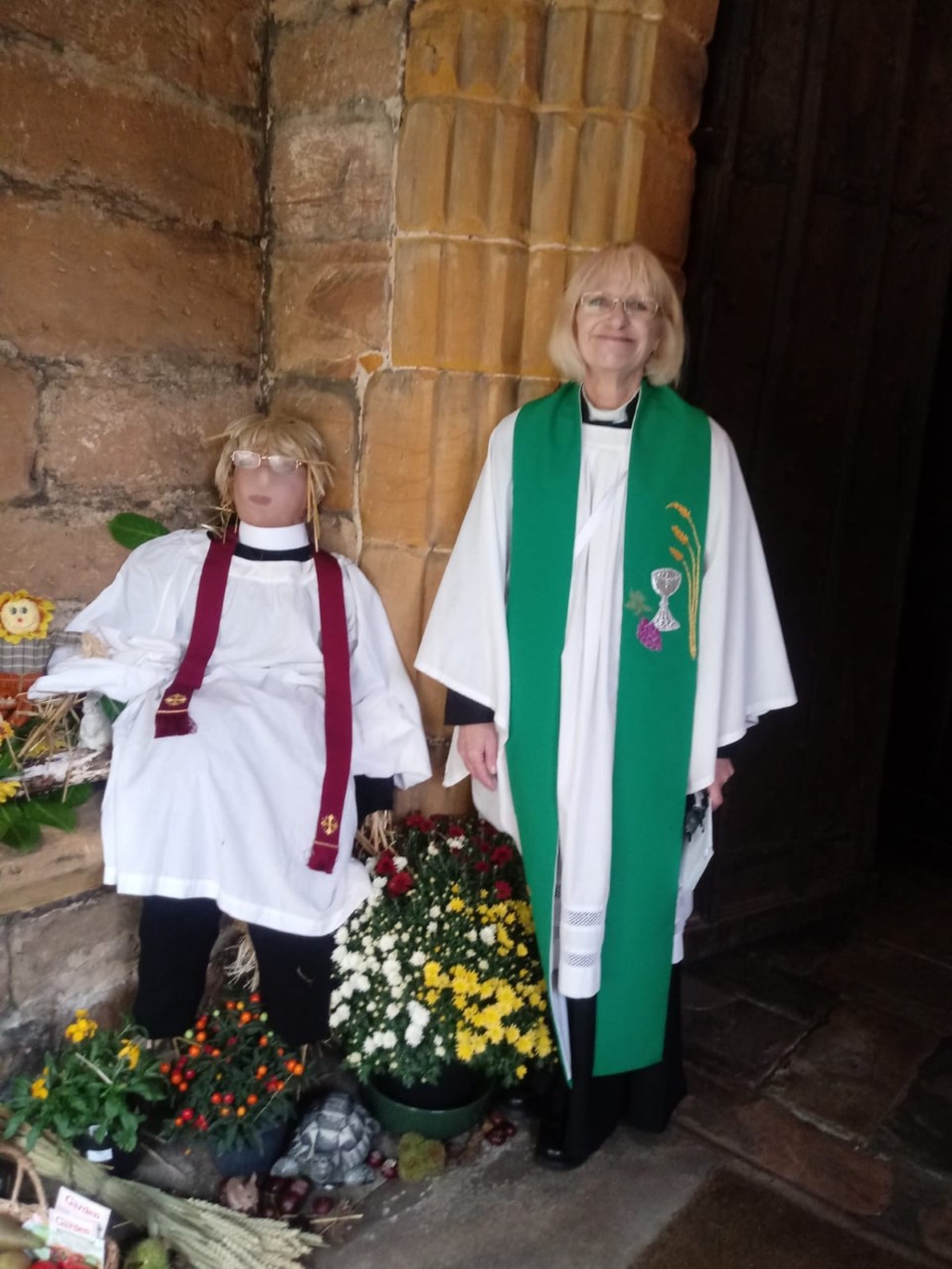 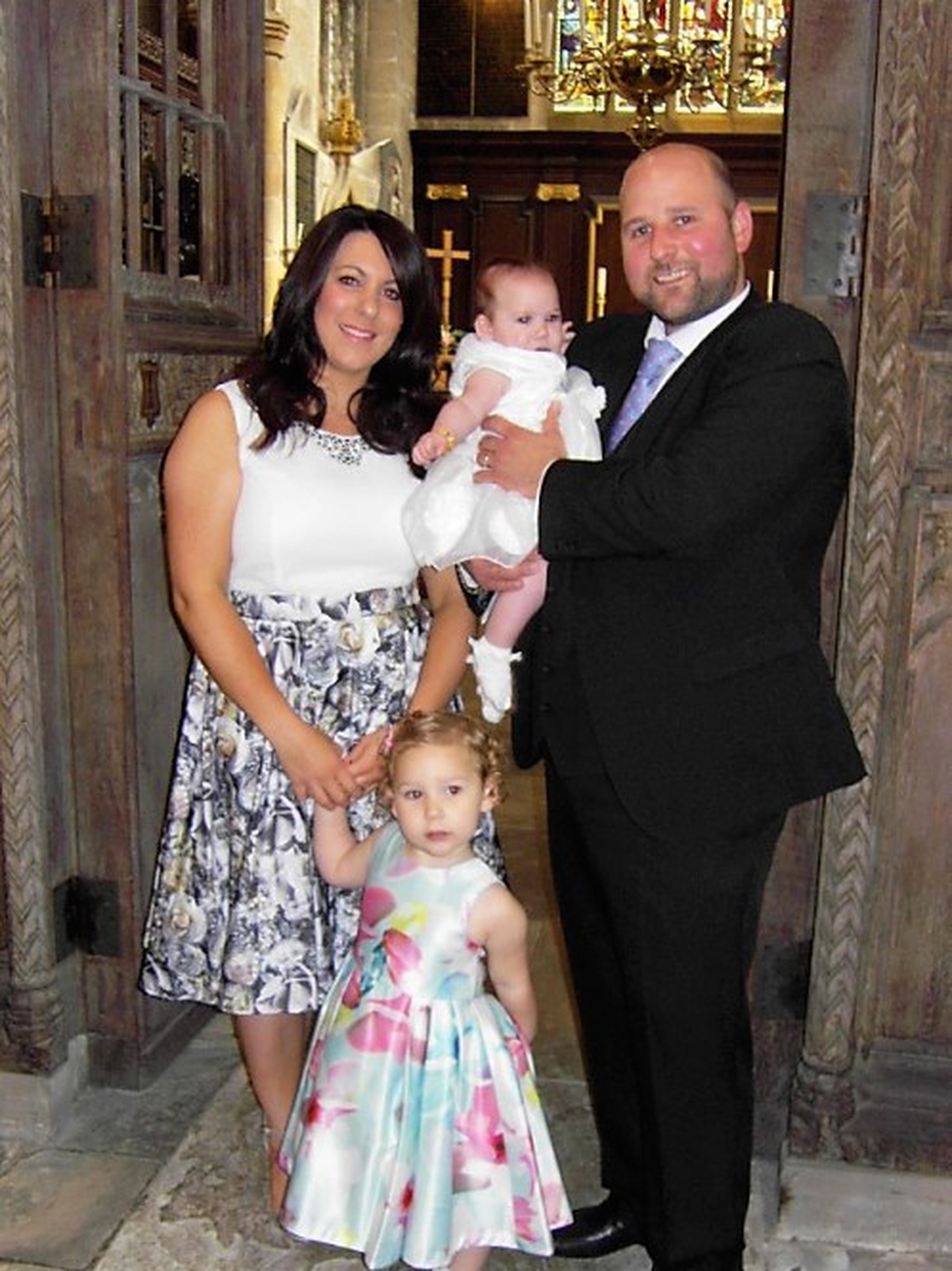 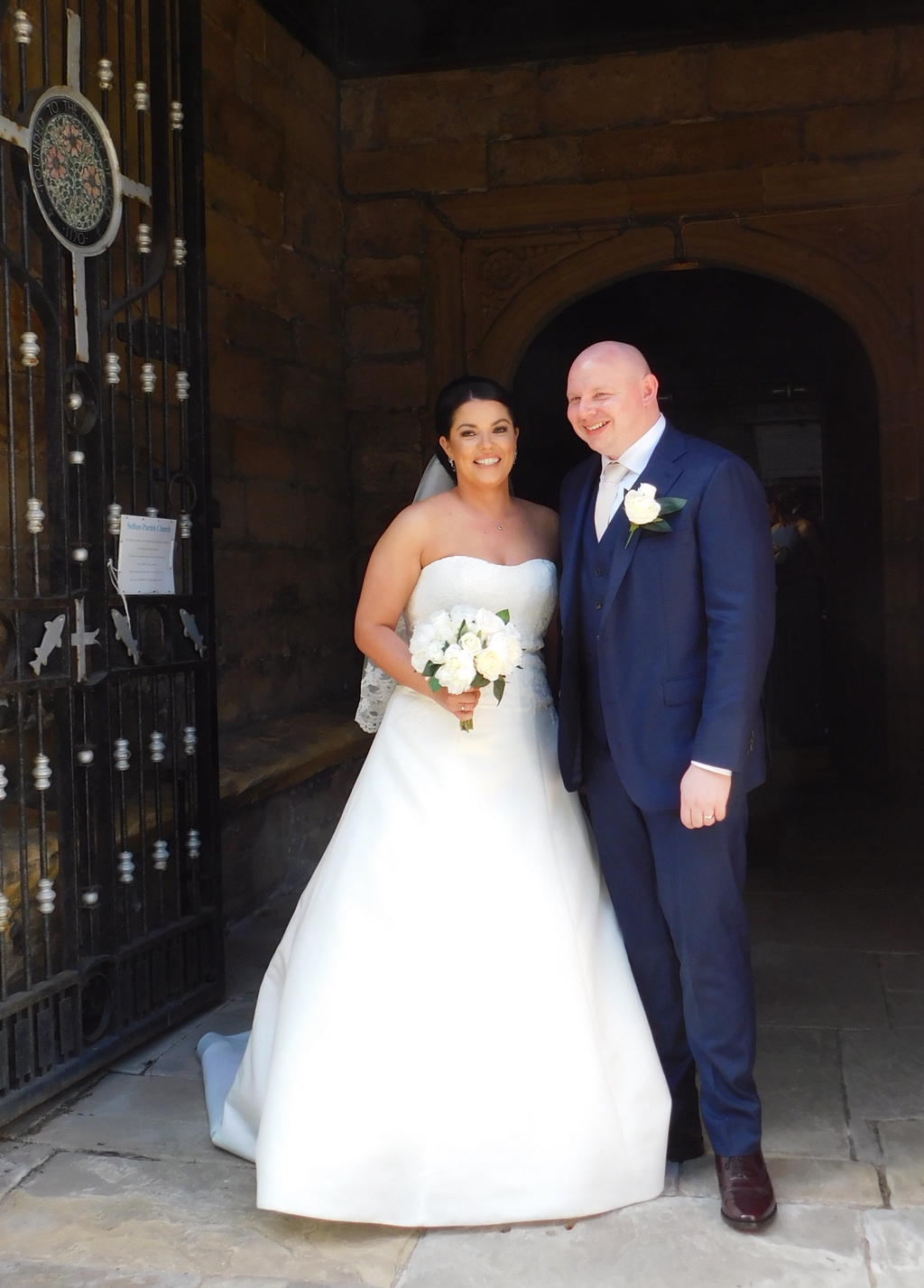 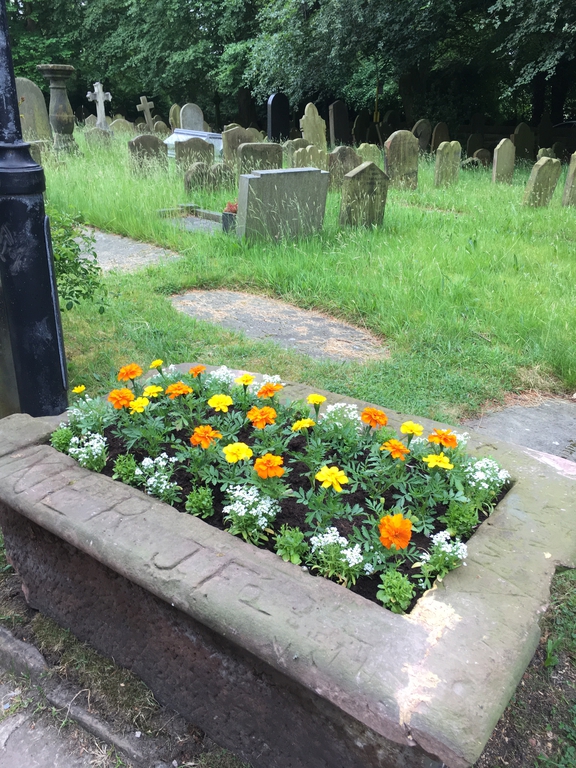 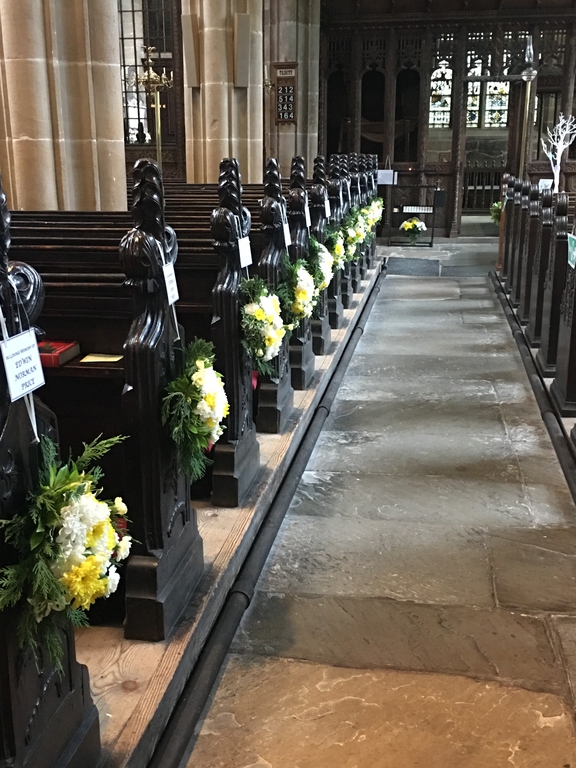 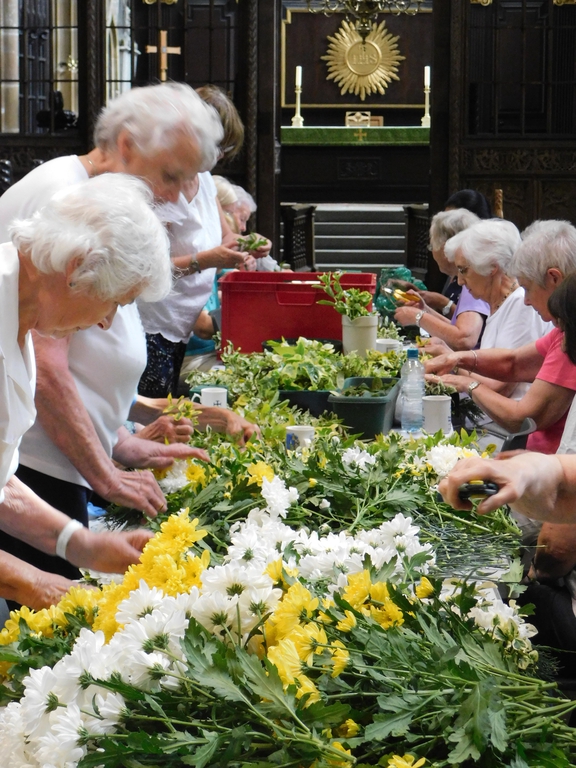 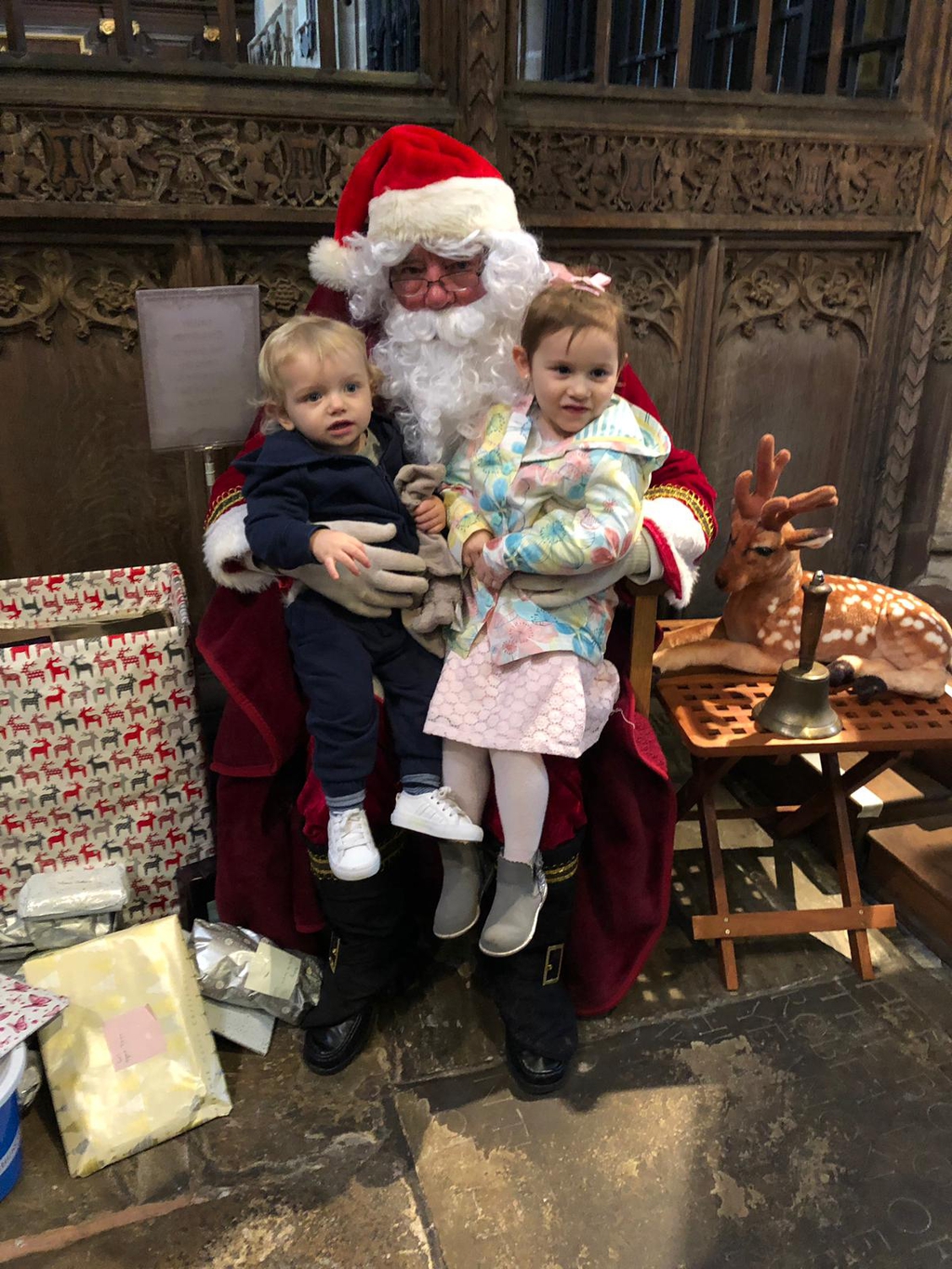 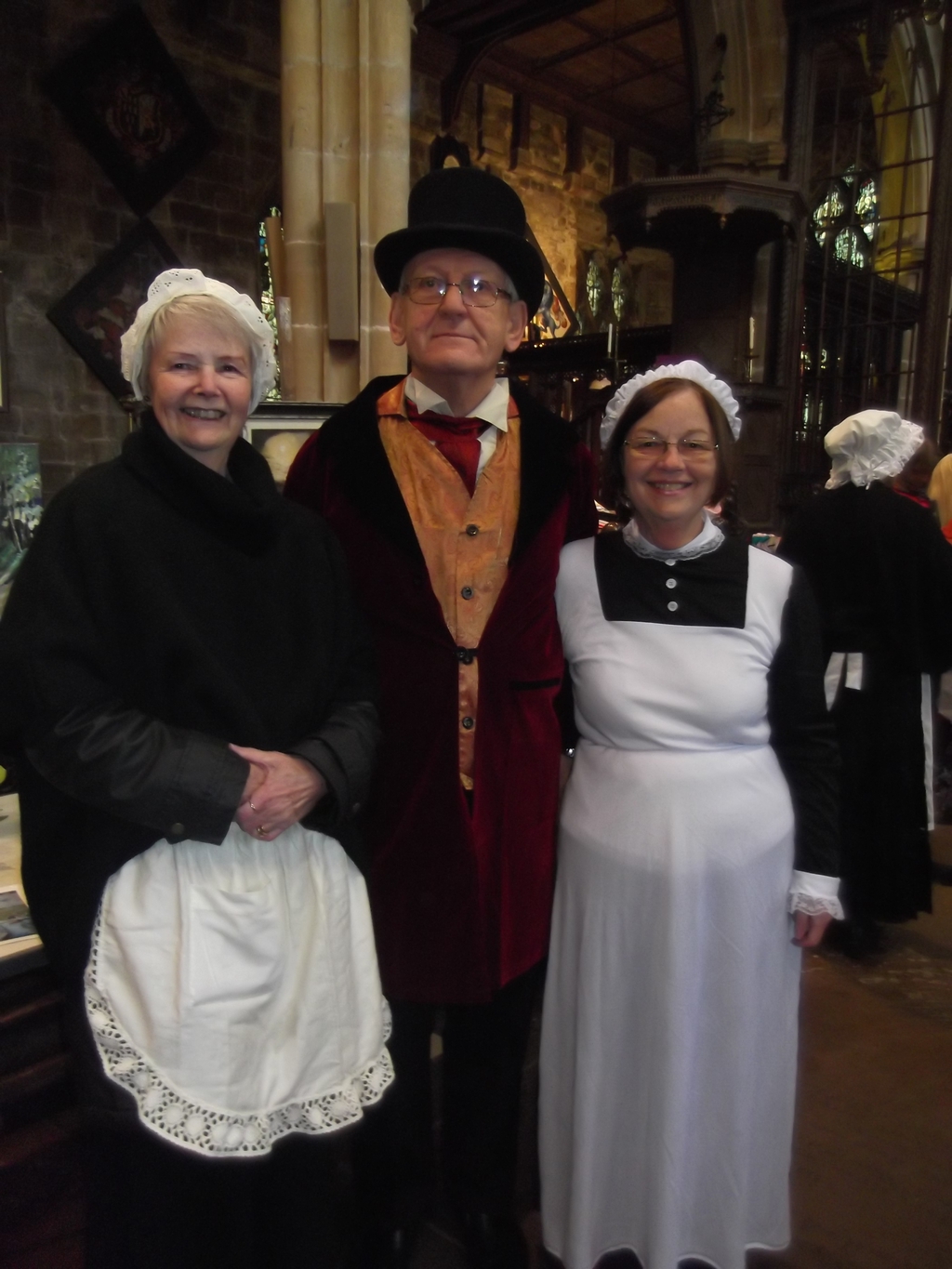 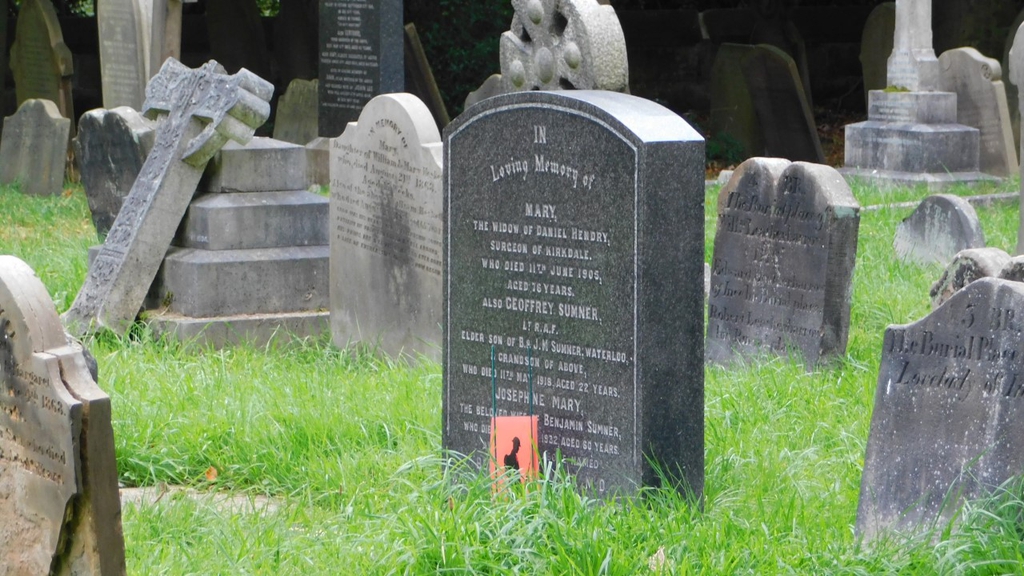 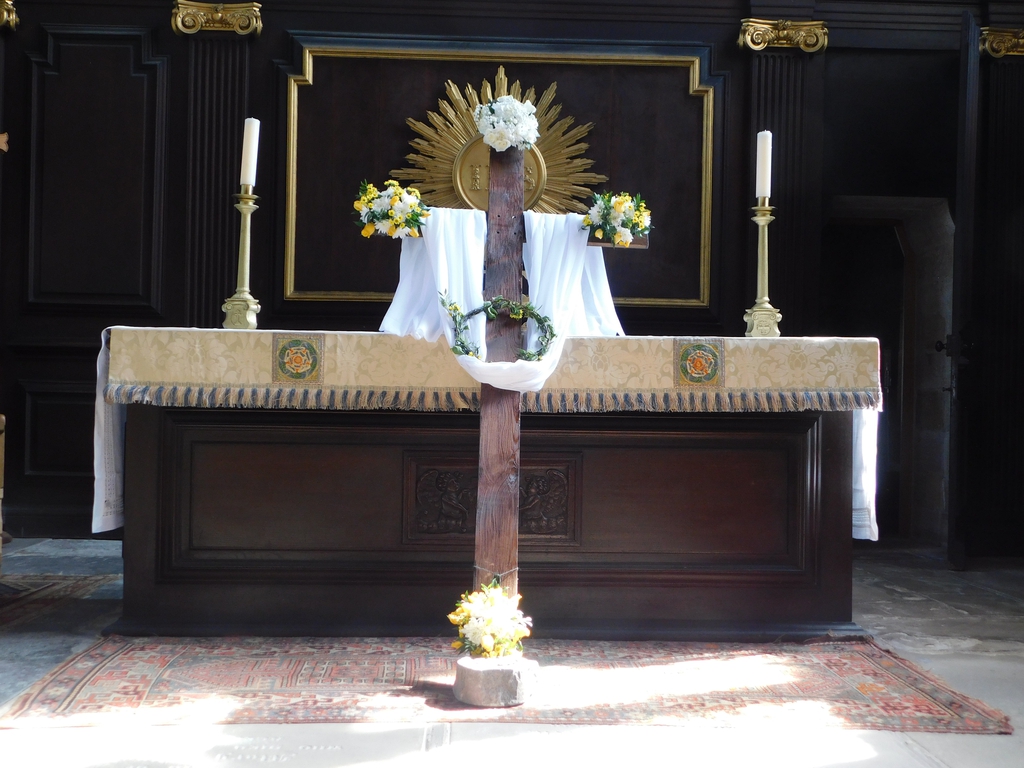 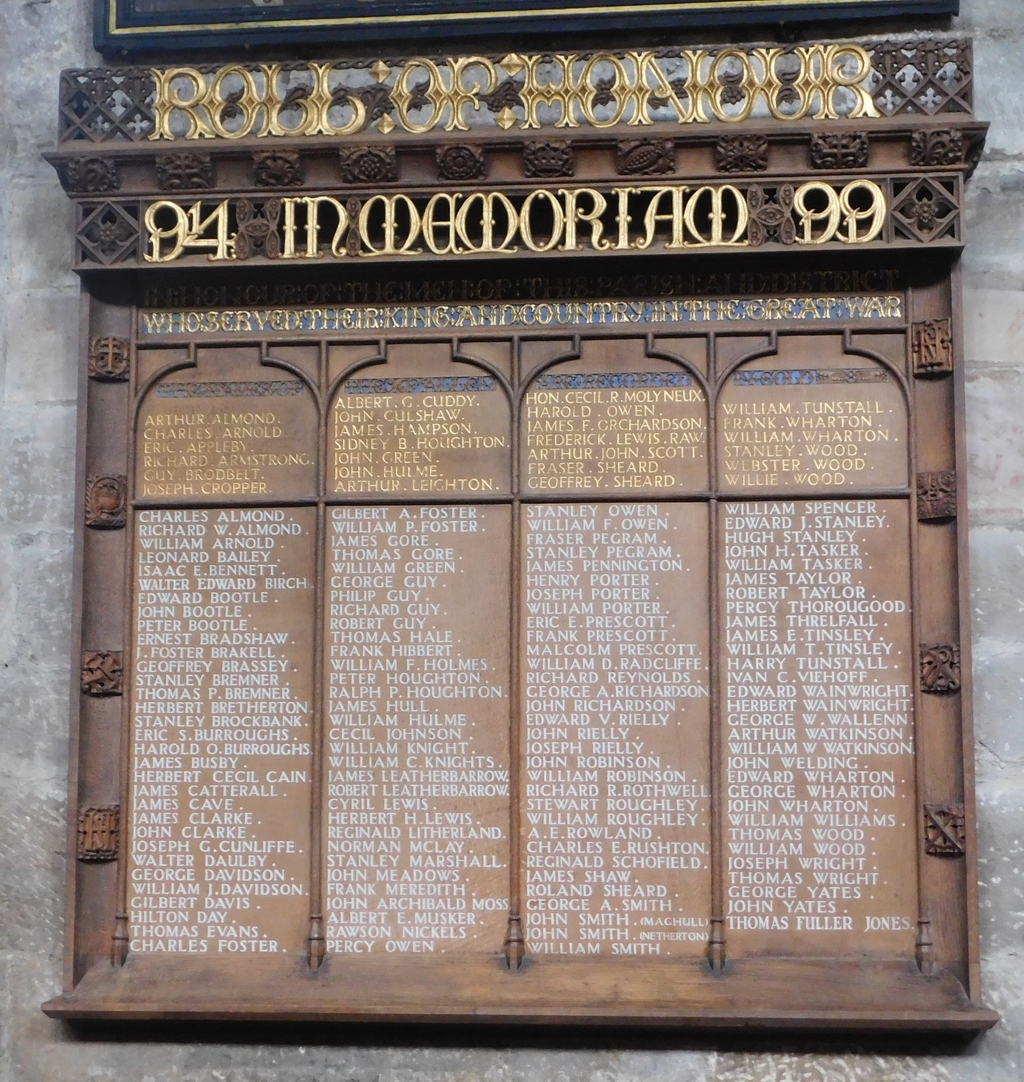 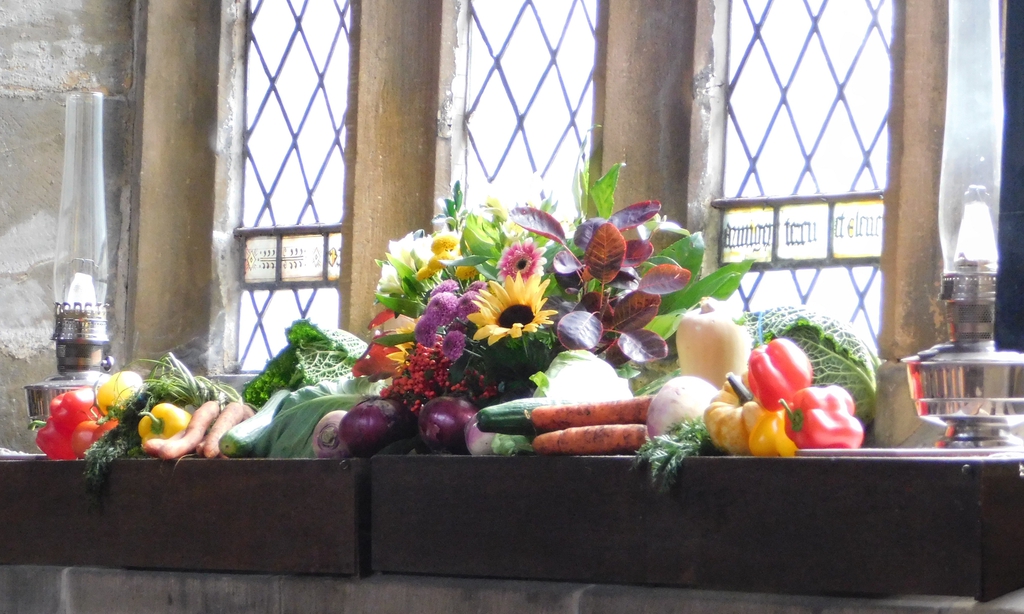 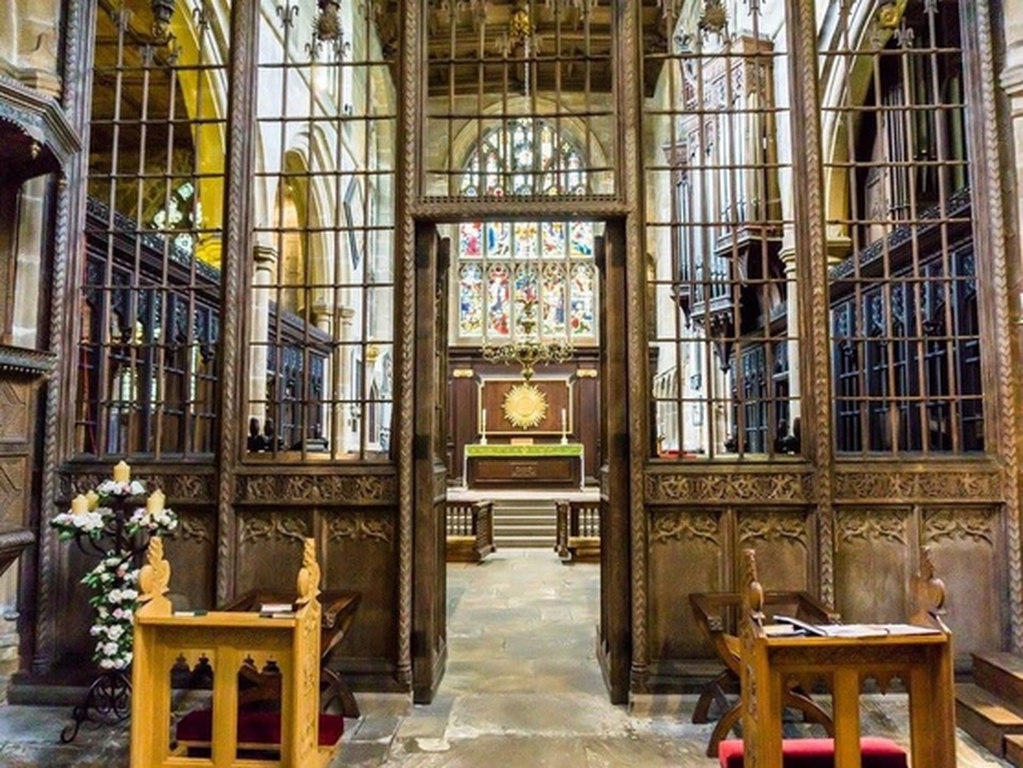 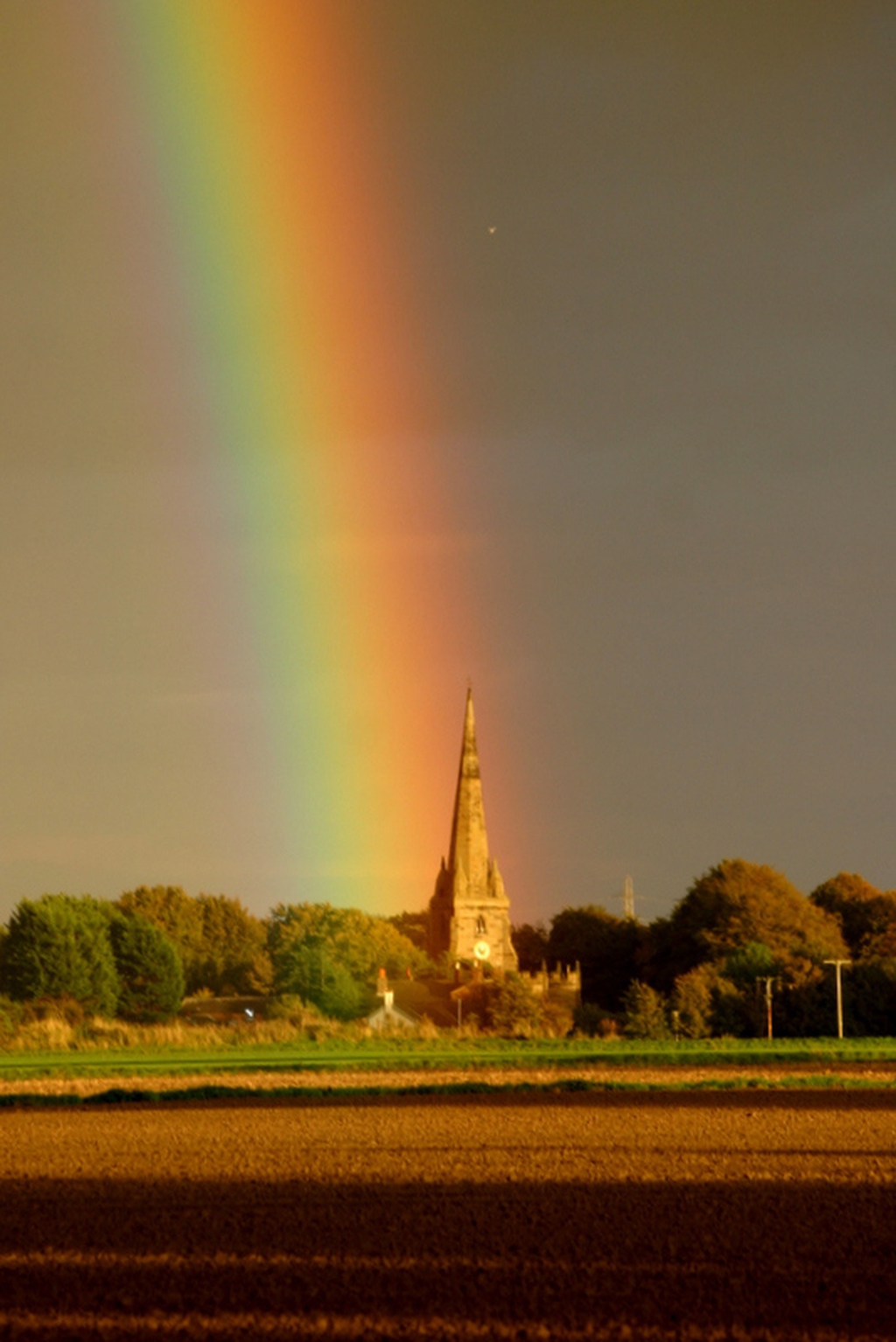 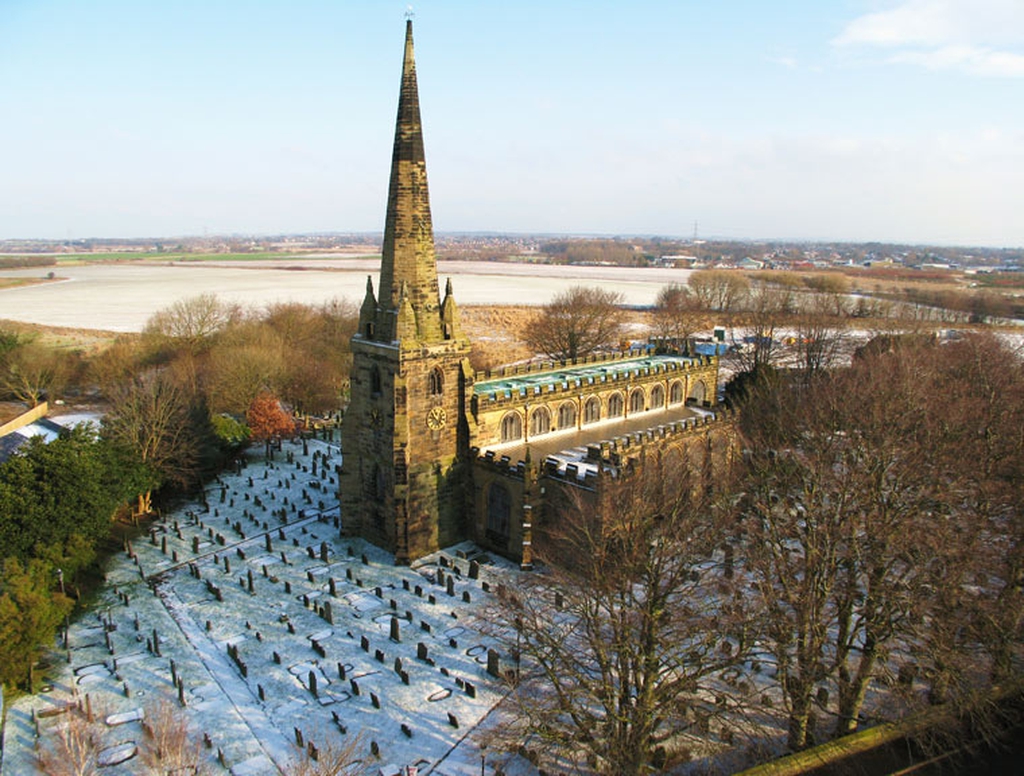 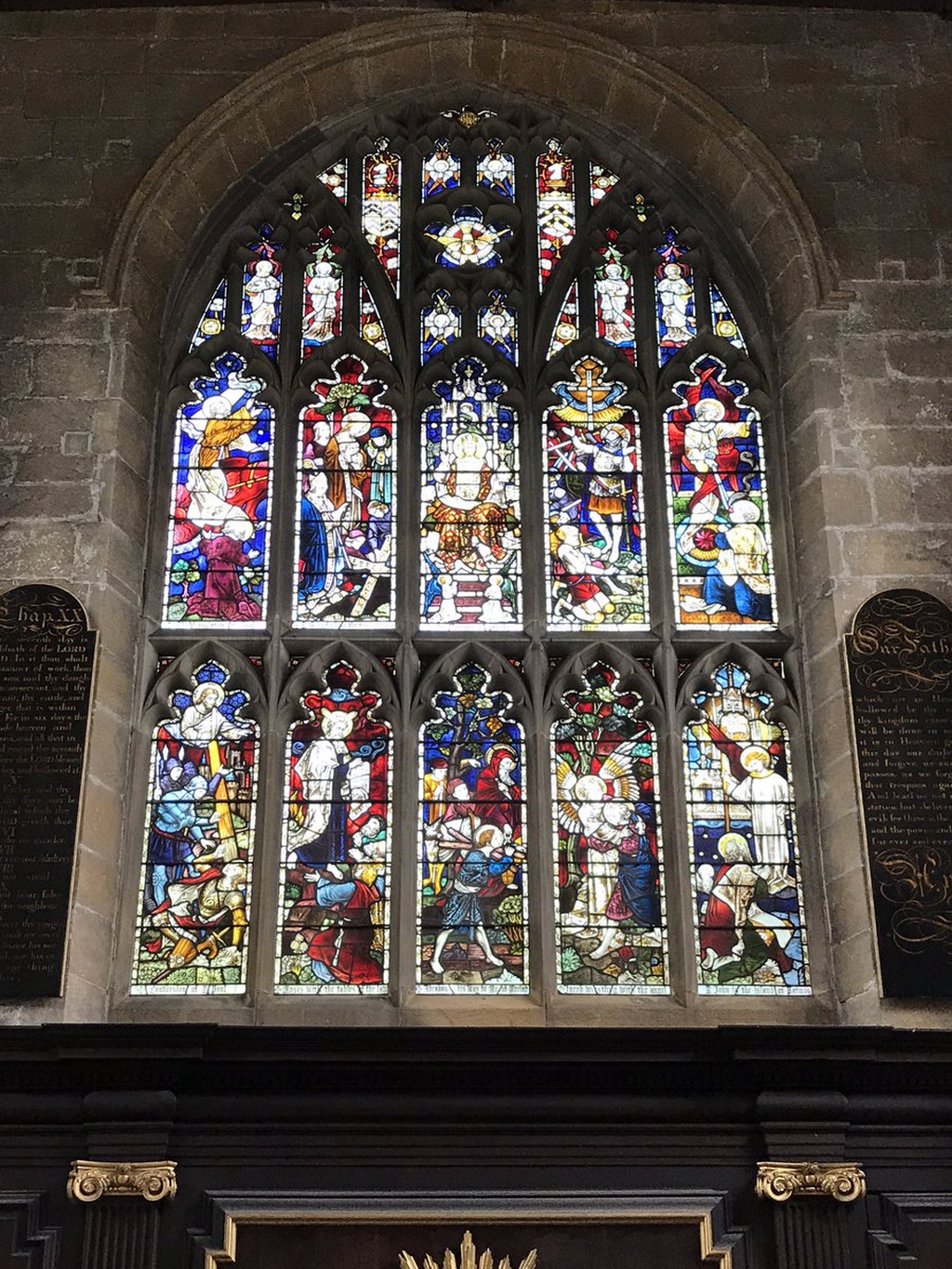 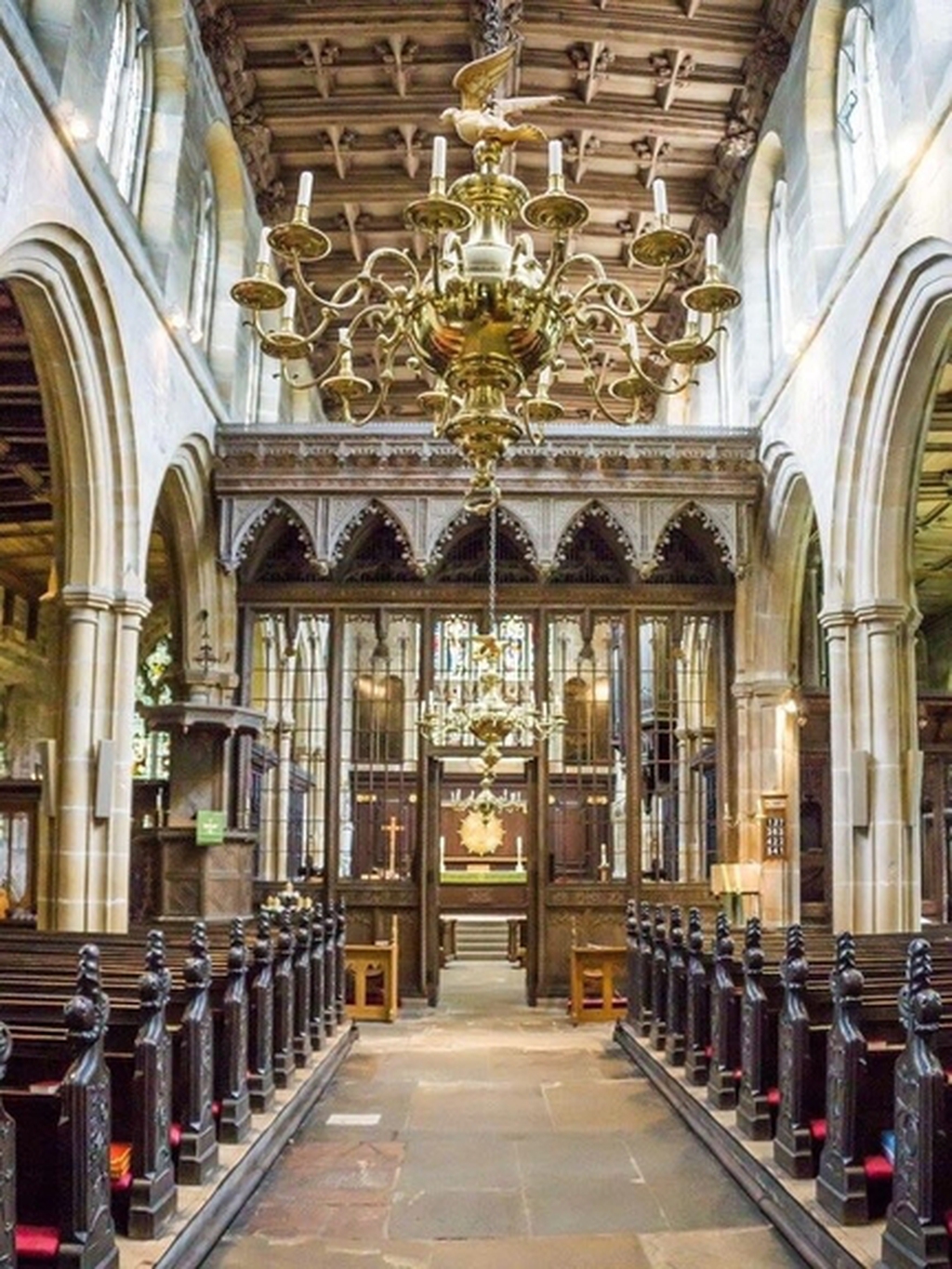 THOUGHT FOR THE WEEK MONDAY 3RD MAY

8 Love never fails. But where there are prophecies, they will cease; where there are tongues, they will be stilled; where there is knowledge, it will pass away. 9 For we know in part and we prophesy in part, 10 but when completeness comes, what is in part disappears. 11 When I was a child, I talked like a child, I thought like a child, I reasoned like a child. When I became a man, I put the ways of childhood behind me. 12 For now we see only a reflection as in a mirror; then we shall see face to face. Now I know in part; then I shall know fully, even as I am fully known.

13 And now these three remain: faith, hope and love. But the greatest of these is love.

Thought for the Week

Next Saturday we remember Julian of Norwich.

Since the 20th century, Julian of Norwich has become perhaps the best known of all the medieval mystics writing in English. Indeed, her Revelations of Divine Love (or Showings) was the first book to be written in English by a woman. We know very little of her personal life, but her teaching on the contemplative life and her meditation on her experience of God’s love continues to resonate today. In particular, she lived through two periods of plague, in which she nearly lost her own life and experienced the deaths of those close to her. Hence Julian’s well-known phrase that ‘all shall be well, and all shall be well and all manner of thing shall be well’ comes from a place of great depth that assists us as we, too, face serious global health challenges in the COVID-19 environment.

We do not know her real name and must assume that she was known as ‘Julian of Norwich’ because her anchoress’ cell was attached to the Church of St Julian at Corniford in the city of Norwich, where it can still be visited today. Norwich in the Middle Ages was a great centre for trade, especially in wool and textiles, and hence, like ports today, also a great entry point for plague, carried then by rats on boats from continental Europe.

It was not uncommon in the 12th and 13th centuries for women to choose the life of an anchoress. The term comes from the Greek word anachorein, meaning ‘to go apart’ and such people would withdraw from the world entirely in order to contemplate God without disturbance. Such folk certainly understood the value of social isolation! Their ‘cell’ would be attached to a church and would generally have two windows, one opening onto the church so that they could receive the sacraments and the other onto the street, so that they could receive food and water and converse with those who visited them for counsel.

It was a life of withdrawal, but not especially ascetic, and it is likely that Julian had a maid to tend to her needs – it is also thought that she had a cat, presumably to keep the mice at bay! If you are interested in the life of an anchoress, the Australian novelist Robyn Cadwalladerhas written an excellent book The Anchoress, obtainable from the Roscoe Library as well as from good book stores.

Before she became an anchoress, 30-year-old Julian had a ‘near death’ experience in 1373. She records that the lower half of her body had already died and the upper half was about to do so when she experienced a series of sixteen visions of Christ, after which she recovered. She became an anchoress as a result and recorded her experience in the Shewings or Revelations of Divine Love. This text exists in two versions, the short version of 25 chapters written soon after her experience and a longer, 86-chapter version, which records her 20 years or so of meditation upon her visions.

Julian’s 16 revelations, or showings, reveal her to be a sensitive, sharp and grounded woman, who maintains trust in God’s faithfulness while addressing uncertainty, fear and profound theological themes.

Julian describes herself as an ‘unlettered creature’, perhaps because she does not write in Latin. Certainly, her style is uncluttered and accessible, but she shows a high level of theological acuity, and it has been suggested that she might have received her early education at the nearby Benedictine monastery at Carrow. As a young woman she asked for three gifts from God – contrition for her sins, compassion and longing for God – gifts that might indeed serve us well in this time of uncertainty.

Her visions always return her to God’s love, and this is particularly comforting to us in times of distress. She describes God’s love as ‘so tender that He may never desert us’, and as enfolding and clothing us. She especially reflects on her experience of Christ as Mother, following the teaching of Anselm. She writes for example, ‘Our Saviour is our true Mother in whom we are endlessly born and out of whom we shall never come.’

Julian of Norwich is commemorated by Anglicans and Lutherans on 8 May. While not officially a saint, she is popularly referred to as ‘Saint Julian of Norwich’, and remains an inspiration in the modern era. Stained glass featuring her is found, for example, in Mary Sumner House, the London headquarters of the Mothers Union.

The focus of Julian upon contemplative prayer and longing for God has continued, too, through organisations such as Julian Meetings, which encourage small groups and individuals to gather together for periods of meditative prayer. Often, they begin their time of silence with these words of Julian’s, with which I shall conclude:

‘God of thy goodness, give me Thyself;
For Thou art enough for me,
And I can ask for nothing less
That can be full honour to Thee.
And if I ask for anything that is less,
Ever shall I be in want,
For only in Thee have I all.’

In you, Father all-mighty, we have our preservation and our bliss.

In you, Christ, we have our restoring and our saving.

You are our mother, brother, and Saviour. In you, our Lord the Holy Spirit, is marvellous and plenteous grace.

You are our clothing; for love you wrap us and embrace us.

You are our maker, our lover, our keeper.

and all manner of things shall be well. Amen