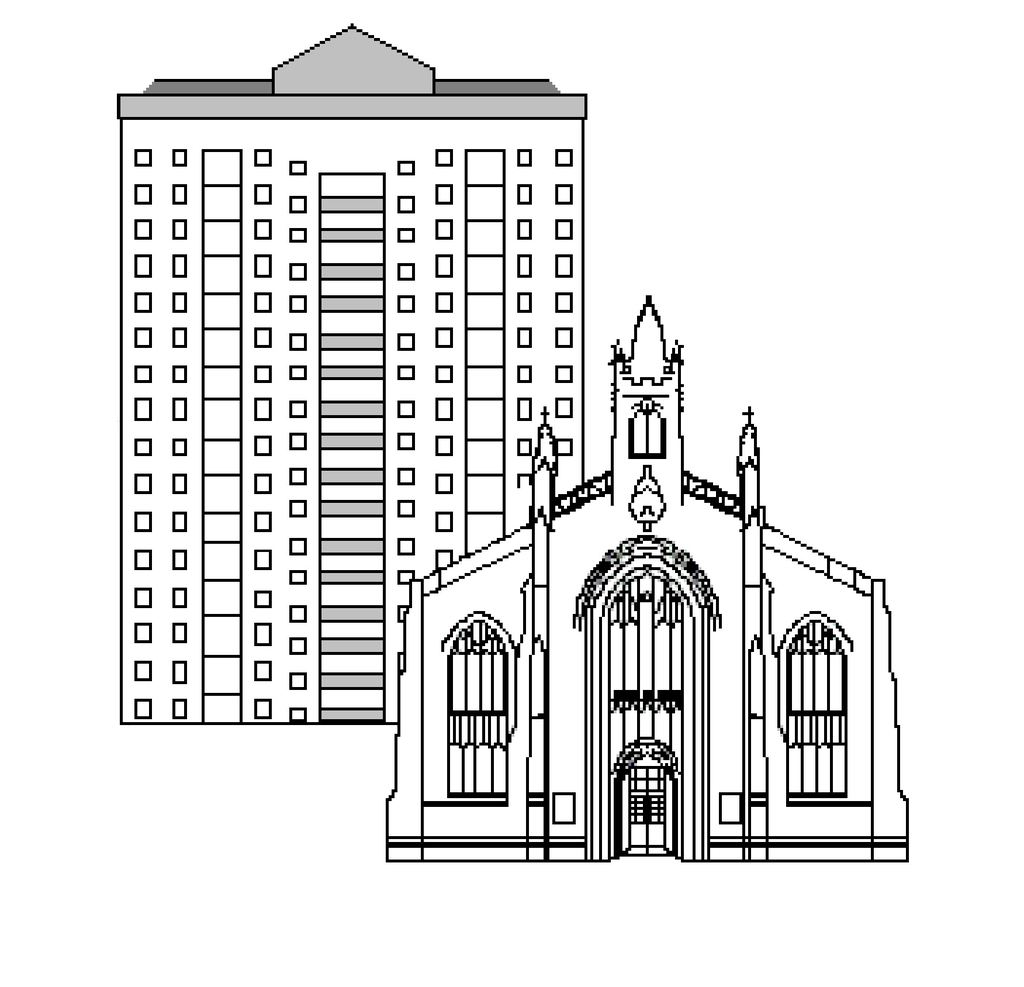 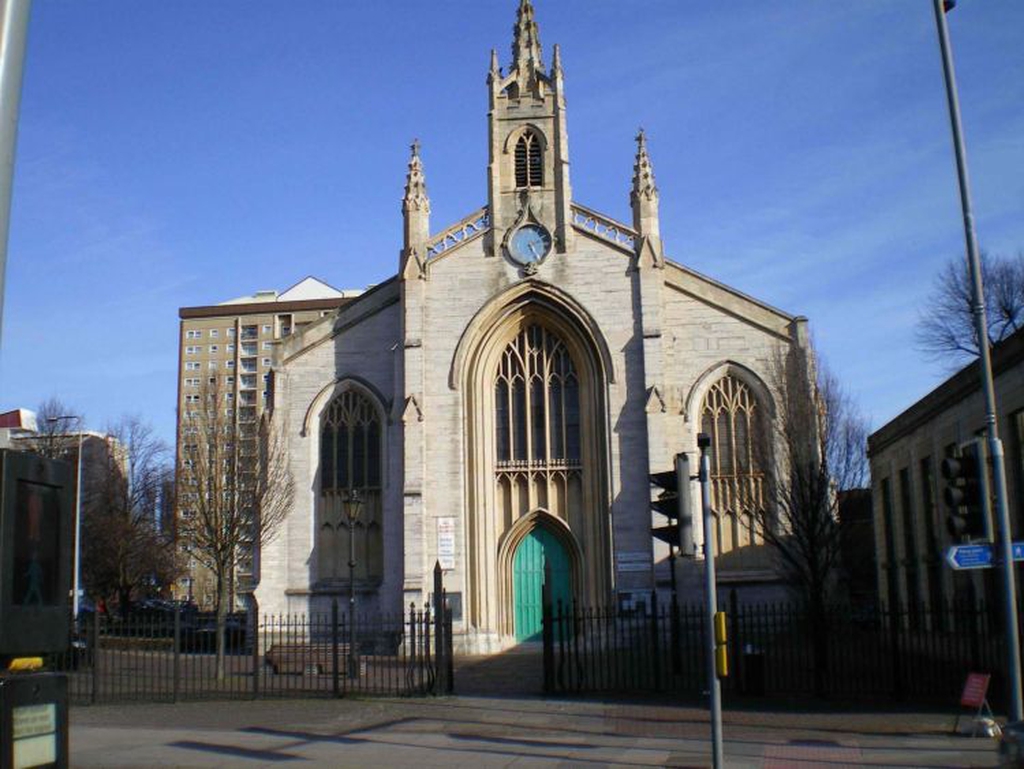 The architect of All Saints Church was Jacob Owen. The foundation stone was laid in 1825 and was completed in 1828. The church was a Waterloo Church and as such was financed by the Government at a cost of £13,000. The original church was the nave only.

It was built of Portland Stone with a wood trussed roof and finished in Welsh slate. The pillars are unusually made of cast iron, a fact that comes as a surprise to many people. The interior is a lathe and plaster six groined ceiling.

All Saints was initially a Chapel of Ease to neighbouring St. Mary's Church before becoming a Parish Church in 1835. The most popular service was Evensong when the worshippers would leave their lanterns at the entrance to the church in the charge of the Verger. The rough ground and ditches which surrounded the church made a lantern essential after dark.

Right up until 1870 (when the organ was given to the church by the vicar of the time, the Revd EB Churchill), the singing of the hymns was accompanied by a fiddler who was based in the west gallery. There were often public arguments between the Parish Clerk and the Vicar on which hymns were to be sung!

There was for a while at All Saints, a curate, a bachelor, the Revd J G Quarmley, who used to remonstrate from the pulpit if he saw courting couples not paying attention to the sermon. He would declare, “If they are not ashamed of themselves, I am for them!"

In 1877 the magnificent Bath Stone Chancel was added, with a chalk ceiling to the design of an architect in Sir Gilbert Scott's office. This is one of the finest specimens of Victorian architecture in the South of England. The Chancel roof has an interesting story of carvings: East end - Biblical, Middle - Ecclesiastical, West end - Civic. The large suspended crucifix was probably made in the Dockyard. The organ was built by Lewis and renovated in 1957 by Walkers. It has 52 stops and 3120 pipes.

From 1885 to 1895 Landport received devoted service from Father Robert Dolling, builder of nearby St. Agatha's Church. He constantly fought for the Catholic cause in the Church of England and for the alleviation of poverty and the overcoming of vice and crime which was rife in the area.

In 1901 the Interior of the church was restored.

In 1928 the Choir Stalls were given to the Church by Winchester College, having been made in 1874 to a design by Butterfield.

During 1941 All Saints suffered severe bomb damage to the Chancel, organ and East window which resulted in its closure. Dents can be seen in the tiles in the Chancel.

All Saints re-opened in 1946 and much work was needed to restore it in 1950. The new East window commemorates the people of Portsmouth and those associated with the area, such as Father Dolling. Some of the 1877 glass survives in the traceries.

In 1976, after a major re-ordering inside, the church was reopened in its present form as a church with an Urban Mission Centre, with offices and conference facilities on the ground and first floors. This is now the Pastoral Centre and has been home to a variety of Church and Charity Agencies. These have changed over the years. At the moment the British Red Cross, Haslar Visitors’ Group, Bail for Immigration Detainees (South), and a joint parish office for St Mary’s, St George’s and All Saints’ are all accommodated here.  Also the Conference Centre is used regularly by these and other groups.

The outside walls of the church were cleaned in 1985 and in 1987 the forecourt was completed with additional paving and railings. The West End outer stonework was repaired and maintained in 1993.

In 2000 major refurbishment of the toilets and kitchen in the Owen Room (Community Room) took place with the emphasis being based on All Saints being a welcoming and embracing Community Church. A lift has been installed so that access to the Pastoral Centre is available to all. The Garden of Reflection was also built at the East End of the church; this is open every day and is much appreciated by local people.

In 2009/10 major stonework repairs were carried out on all walls.

There is no spire because the ground near lake Road is of sand.

The Hanoverian Royal Coat of Arms was placed in the church by the Royal Engineers Squadron of the Hampshire Voluntary Reserve.

The icons and some other items on the south side of the nave belong to the Russian Orthodox Community who also worship here.