Church of England Diocese of Sodor and Man The Northern Plain 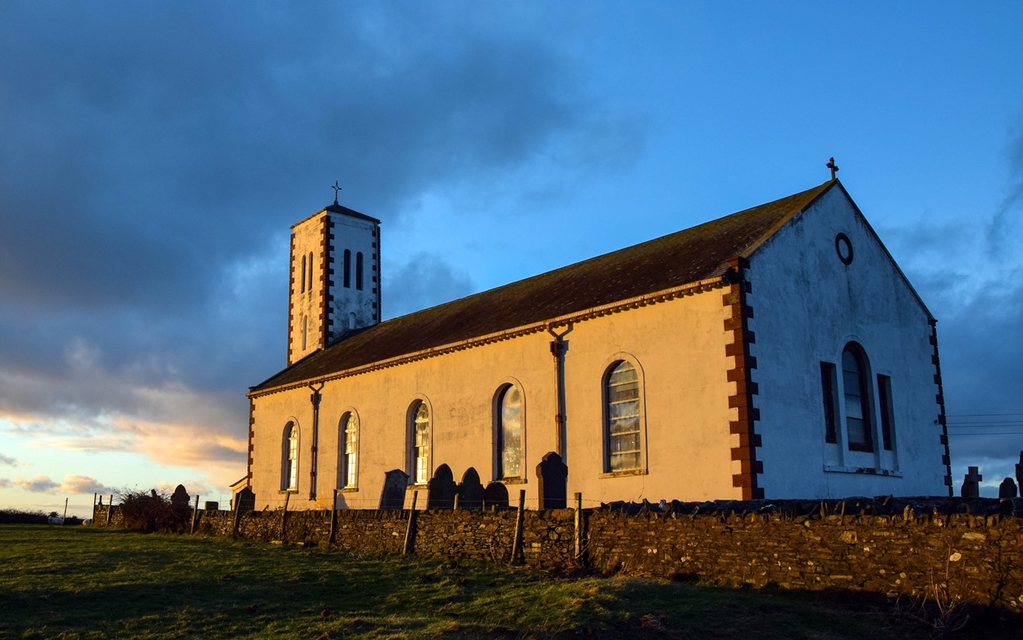 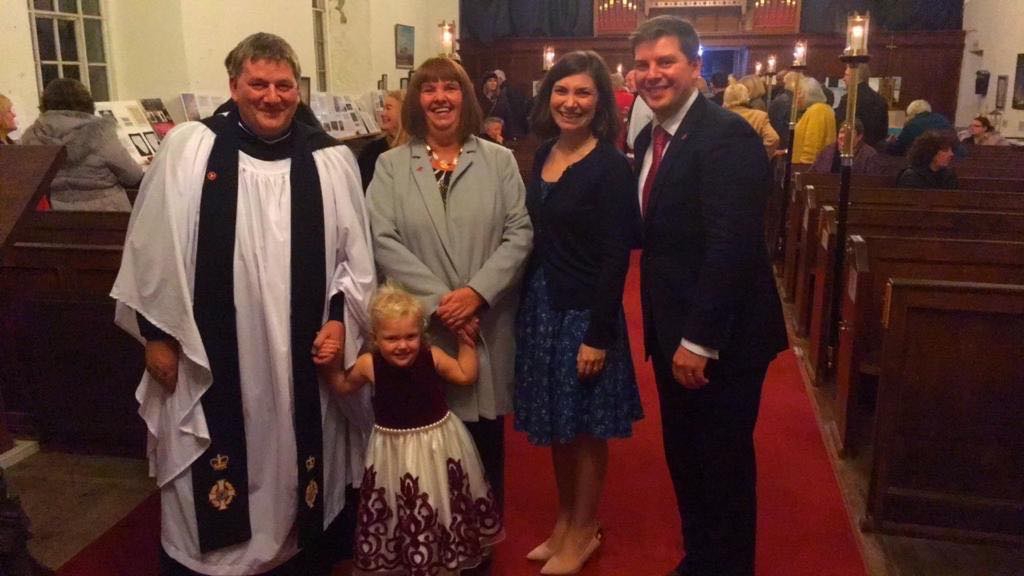 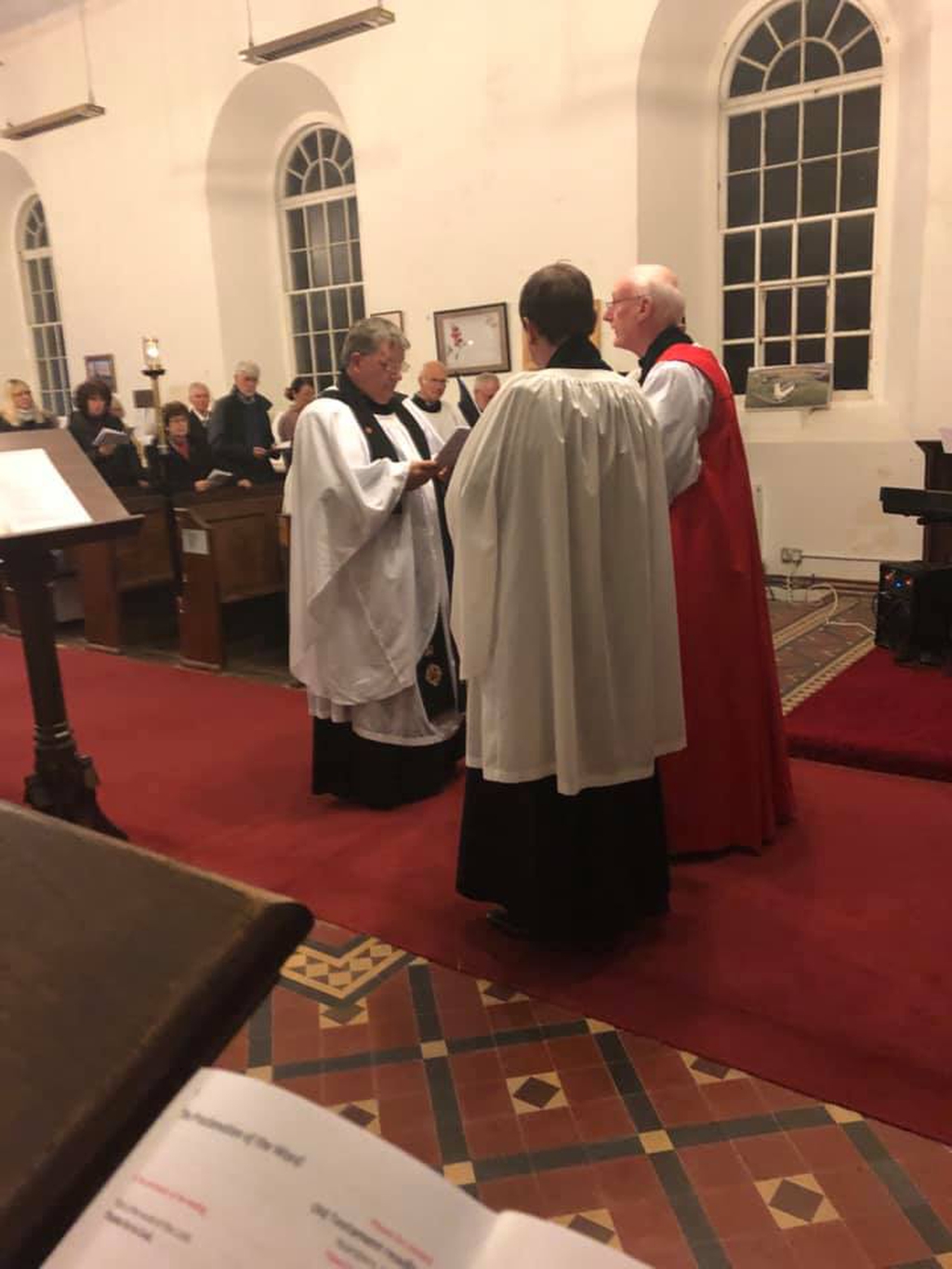 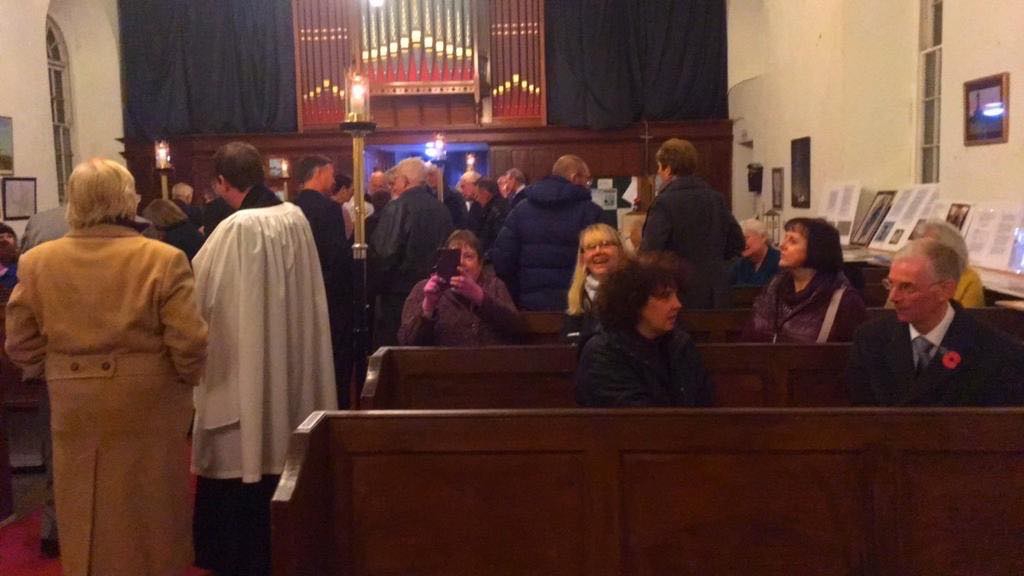 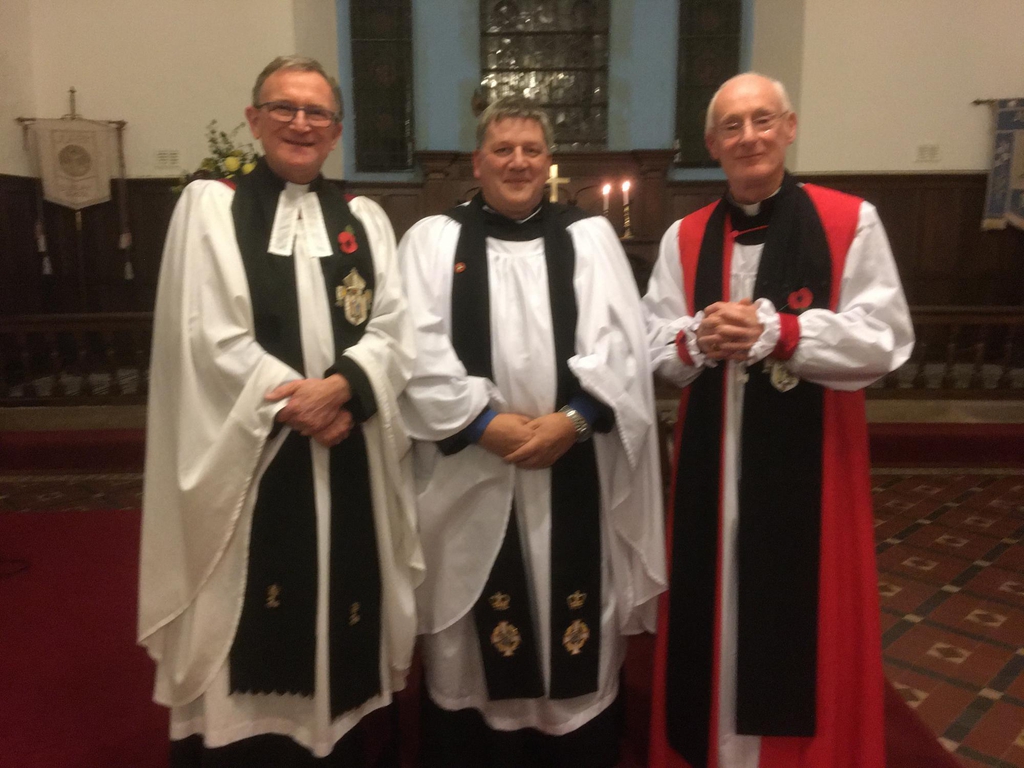 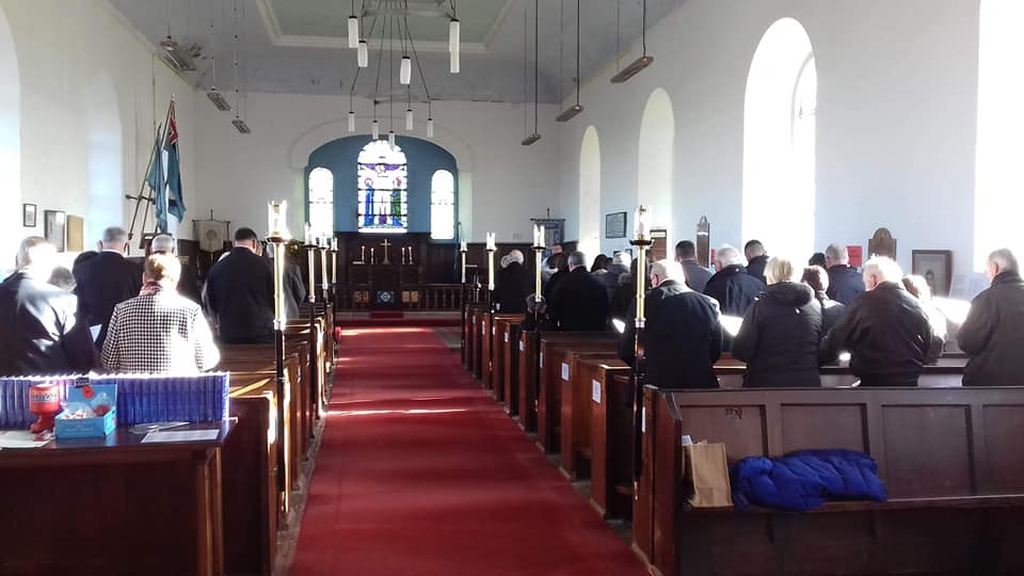 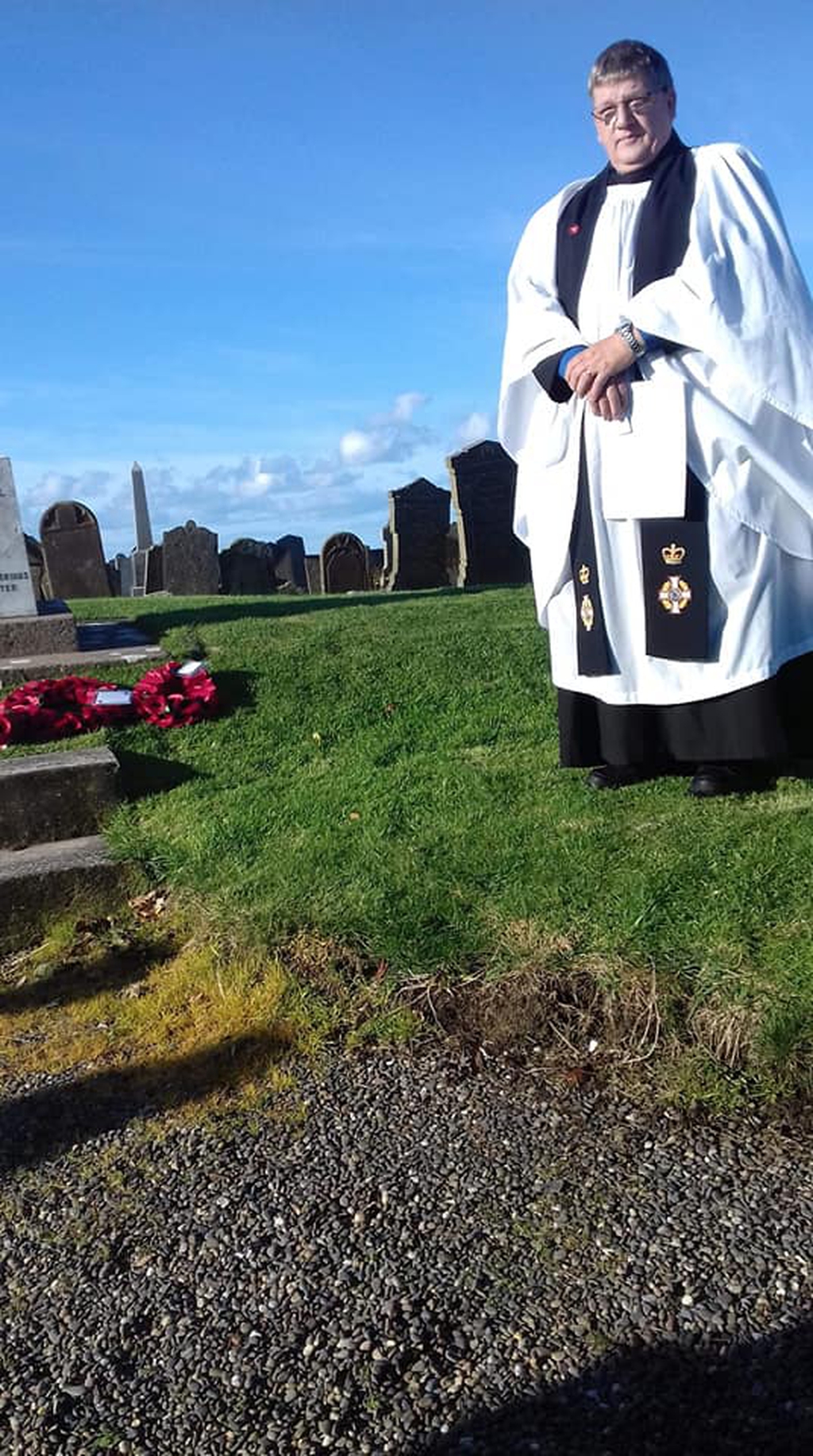 St Patrick's, Jurby
Services and events
News and notices
About us
SAFEGUARDING
Find us
Church Road Jurby
Get in touch
01624 898526
Facilities
More information
Social
Edit this Church
Church of England Diocese of Sodor and Man The Northern Plain

Our 'post-lockdown' re-opening service will be 'Easter re-visited', Morning Worship on Sunday 19th July @ 11.15am

Our 'post-lockdown' re-opening service will be 'Easter re-visited', Morning Worship on Sunday 19th July @ 11.15am

Online encouragement is to be found on

St. Patrick's Church Jurby has stood for 200 years, a landmark from sea, land and air. Where the War Memorial now stands was once a church dating from the beginning of the 13th century, traditionally built on the site of an early Christian keeill, itself constructed on an ancient pagan burial ground dating back thousands of years. The scattering of flints which have been found provides evidence of settlement going back 8,000 years.

It was through St. Patrick that the Christian faith was first taught to the Manx people and he became widely and deeply honoured by them. Of the many dedications to St. Patrick in Man, one anchor of these dedications is in St. Patrick's Isle, Peel, the other in Jurby. The keeill at West Nappin later known as St. Patrick’s Chapel was probably an early church in use before the Old Church was built in the 13th century. Near to the keeill is St. Patrick’s Well. In past centuries people pointed out to visitors the spot near Jurby Head where St. Patrick was said to have first landed in Man. The simple crosses scratched on stones which are in the church porch are thought to date from the 7th Century.

The Vikings settled in Man in the 9th century, and the area of the northern plain which became the parishes of Jurby and Andreas has a rich Viking heritage. At one time the churchyard mound was thought to be a ship burial such as that at Knock y Dooney where a Viking was buried in his ship.  In the 10th century the Norsemen began to convert to Christianity. Memorial crosses marked the graves of important Vikings buried in existing Christian burial sites. Alongside the crosses and Christian motifs are the gods and stories of Norse mythology. The most significant of the cross-slabs in the porch is the beautiful Heimdall cross. Heimdall was the warder of the gods and he is blowing the Giallar-horn which summoned the gods to the final battle and the end of the world.

Jurby Old Church was probably built on the site of a keeill. The simple building measured just 60’ x 14’. The red sandstone font in the porch of Jurby Church came from the Old Church and also the the Jurby Chalice, the oldest piece of church silver on the Island, one of only six pre-Reformation chalices to survive. When in 1939 Jurby Church was in a poor state of repair and in danger of closing Deemster Farrant arranged for the sale of the chalice to the Manx Museum for £1,000, which paid for a new roof, repairs and renovations.

By the end of the 18th century the Old Church was beyond repair and a new auditory church was completed in 1819. There was a decline in agriculture in the 19th century and the population decreased as many left to find work. Of the four men who died in the First World War only one was living in the Jurby at the time of enlistment. By the mid-1930s Jurby was a dying parish.

However, In 1937, with the imminent threat of another war, the Air Ministry chose Jurby as the location for an airfield and bombing range, and RAF Jurby and RAF Jurby Head opened in 1939. The building of RAF Jurby brought new life and hope as well as jobs. By its very nature as a training station, however, there were many accidents occurring on or around the airfield. The war graves in the churchyard remember just some of those who died.

Many come to this ancient place for its history, many return for the beauty of its timeless landscape, with wonderful hill and mountain, coastal and sea views, its space and light and stunning sunsets. Many remark on the peacefulness of the church.

The Friends of Jurby Church was set up in 2014 to give the church a future when it was in danger of closing completely, becoming a registered Manx charity in 2015. The Friends are raising funds to repair and renovate the church to make it fit for purpose. As well as  the building  being used for regular church services it is also used for exhibitions and events to promote it as an historic church, as a heritage site and as an important Manx landmark, also for its RAF connection, so that once again it can become a focal point for the community of Jurby and for visitors to the parish.