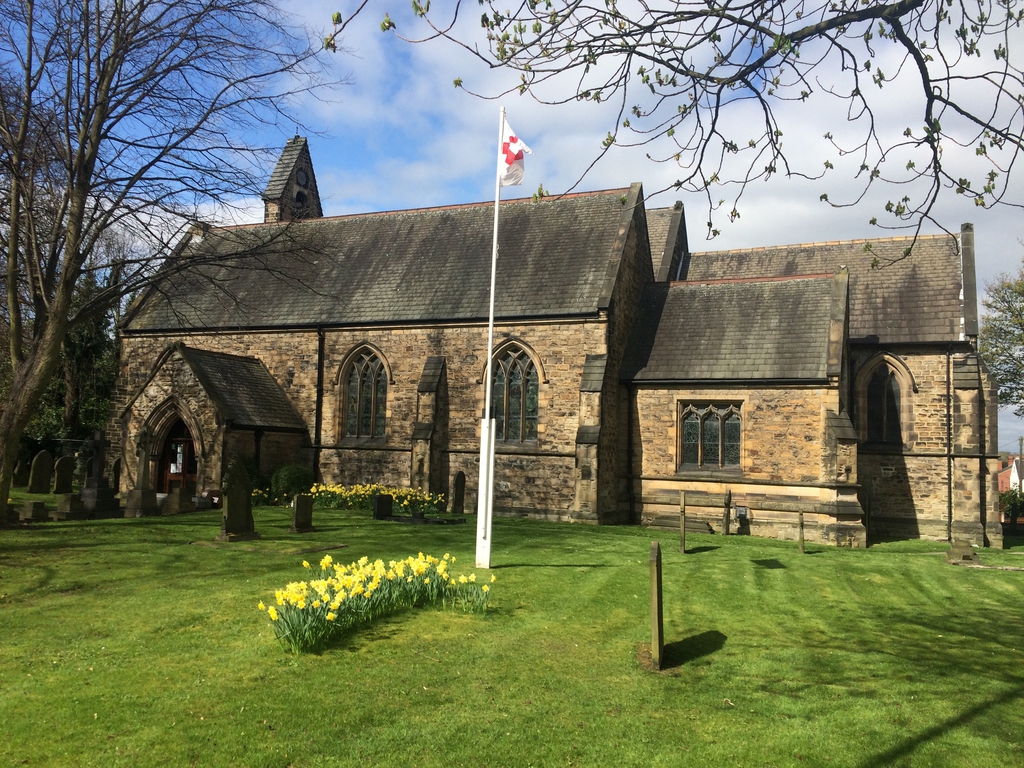 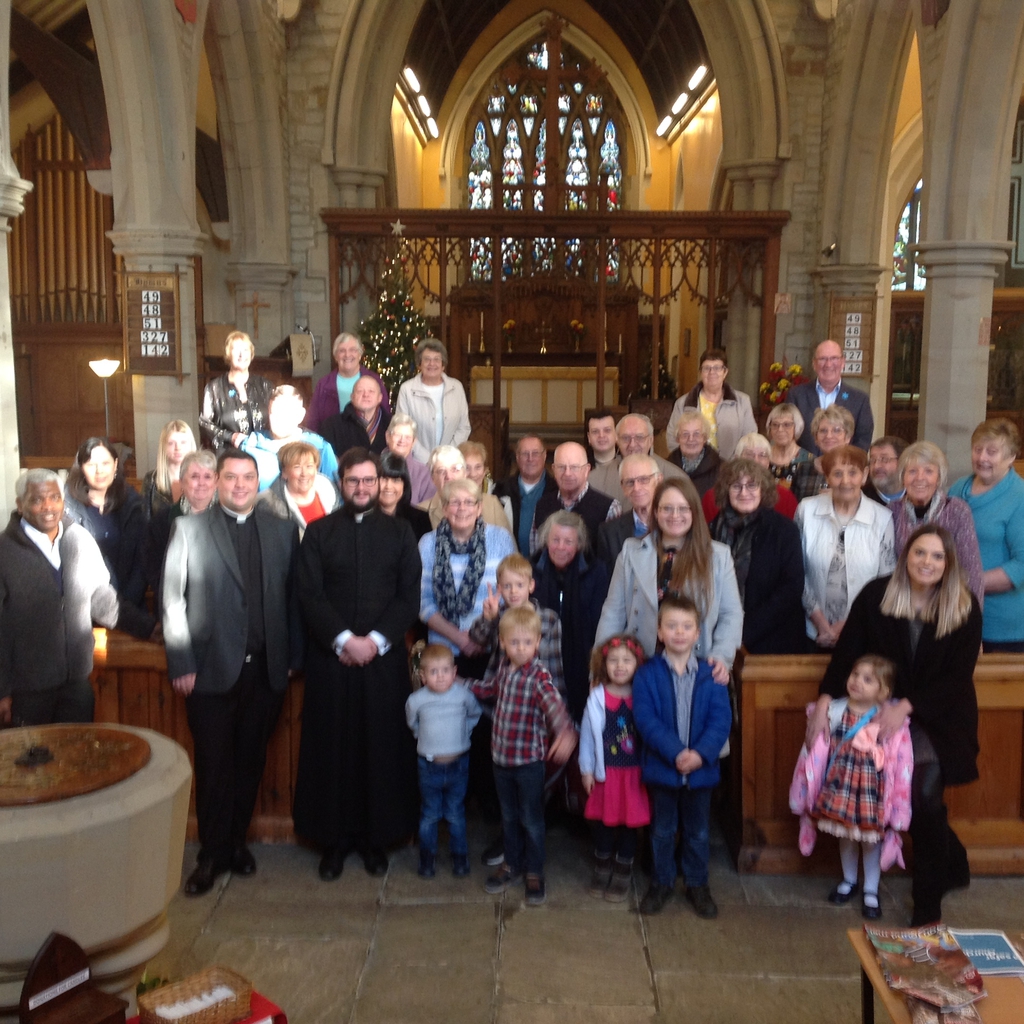 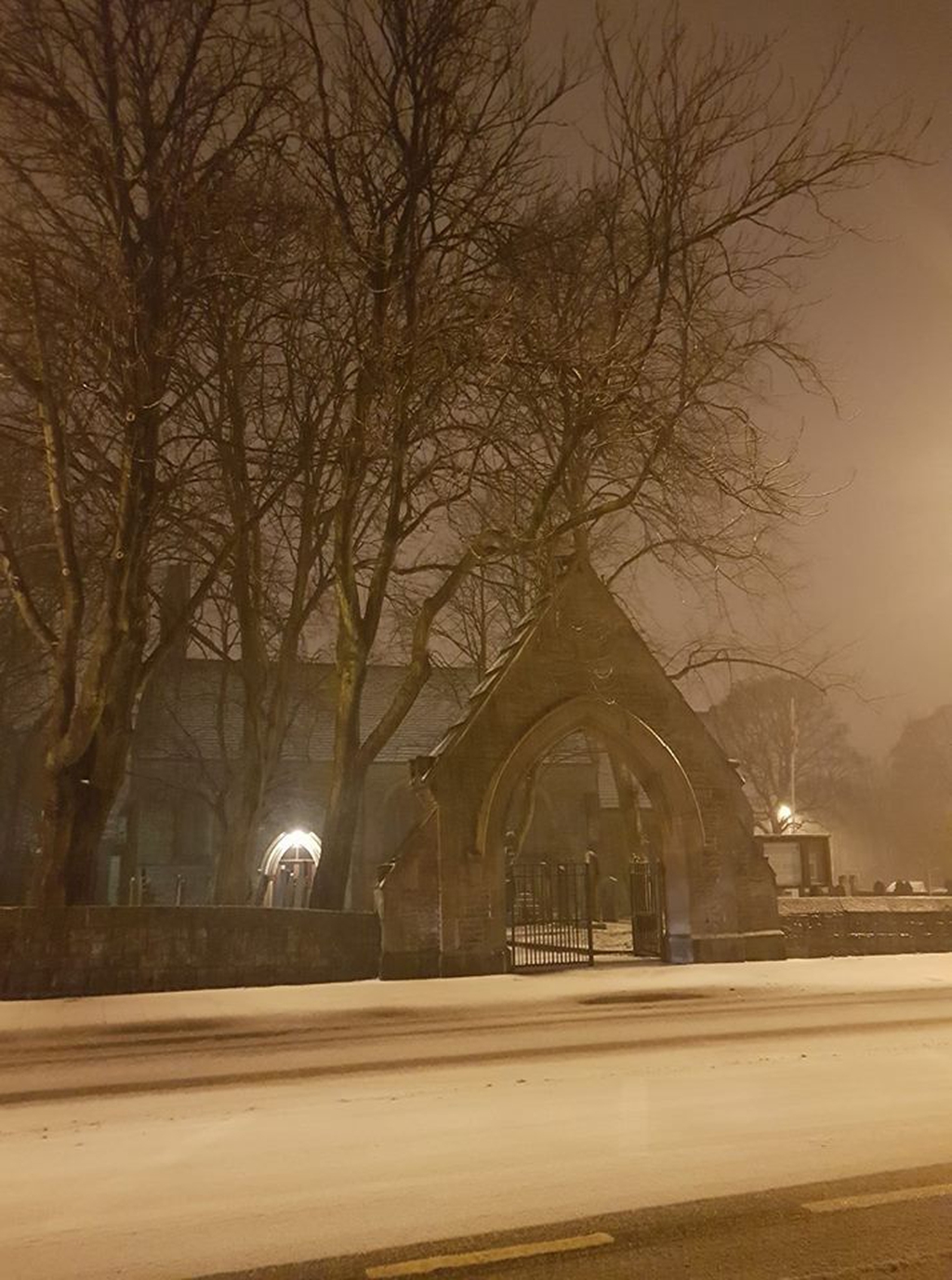 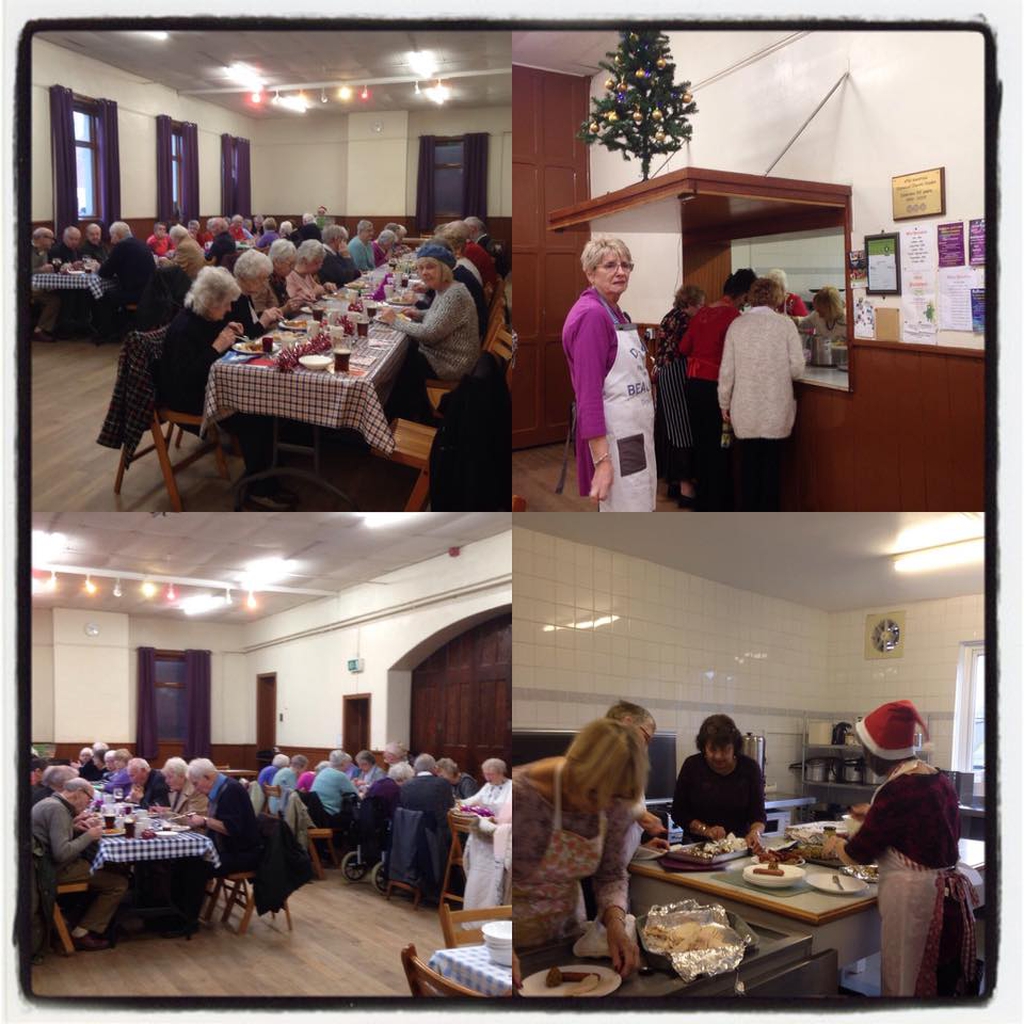 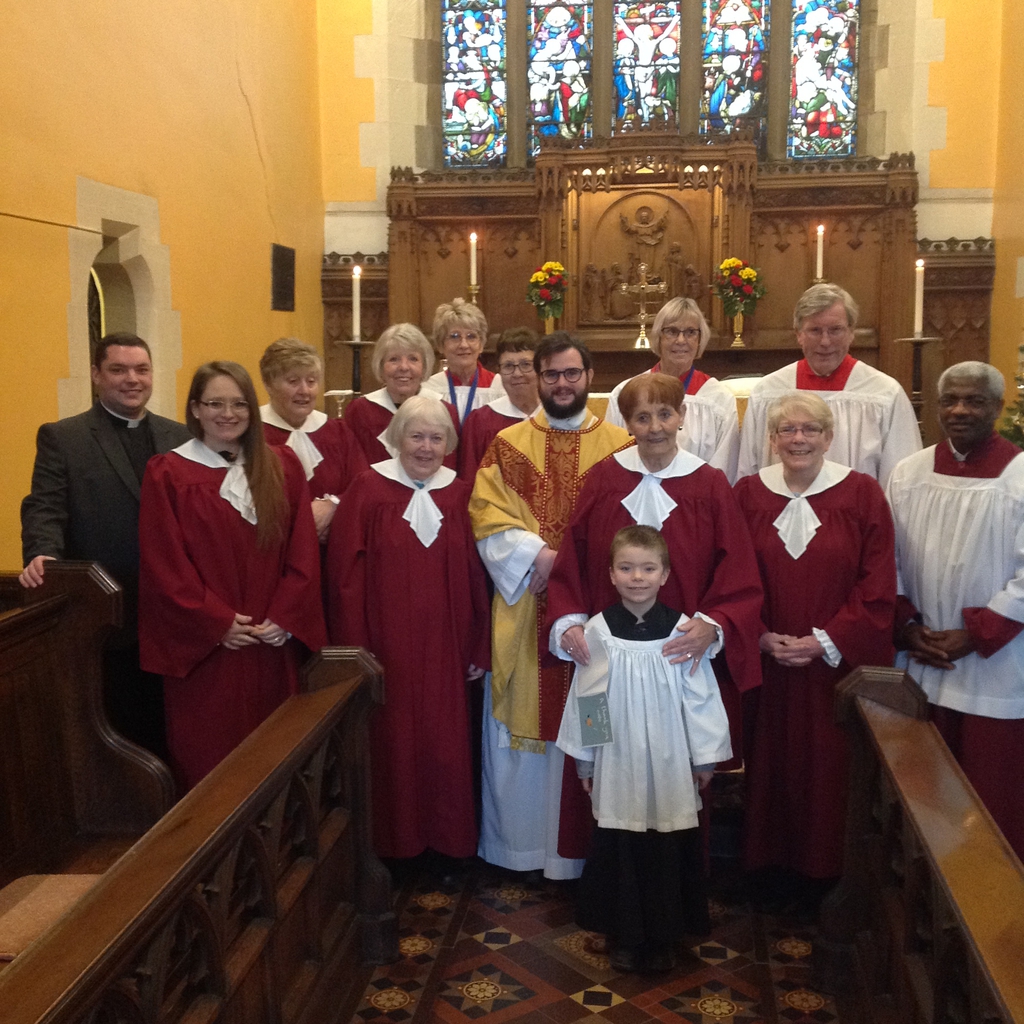 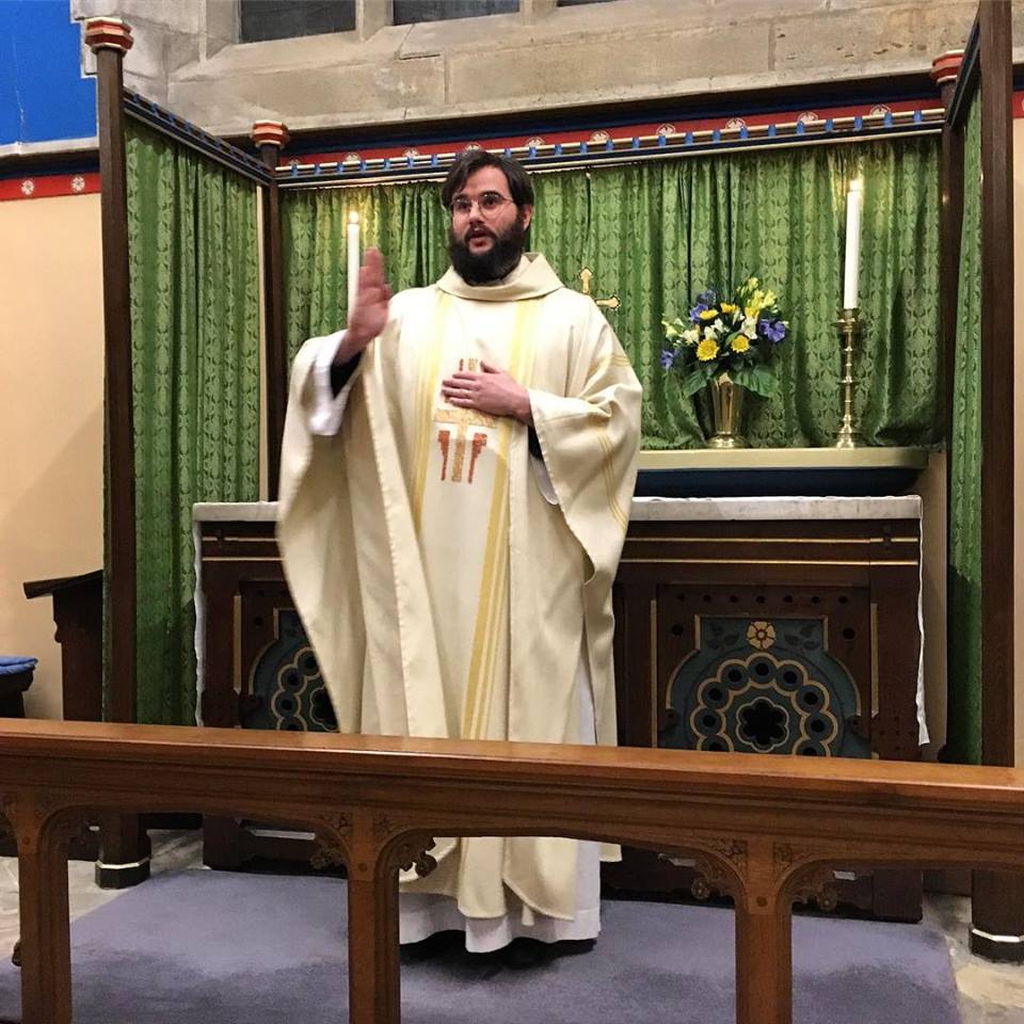 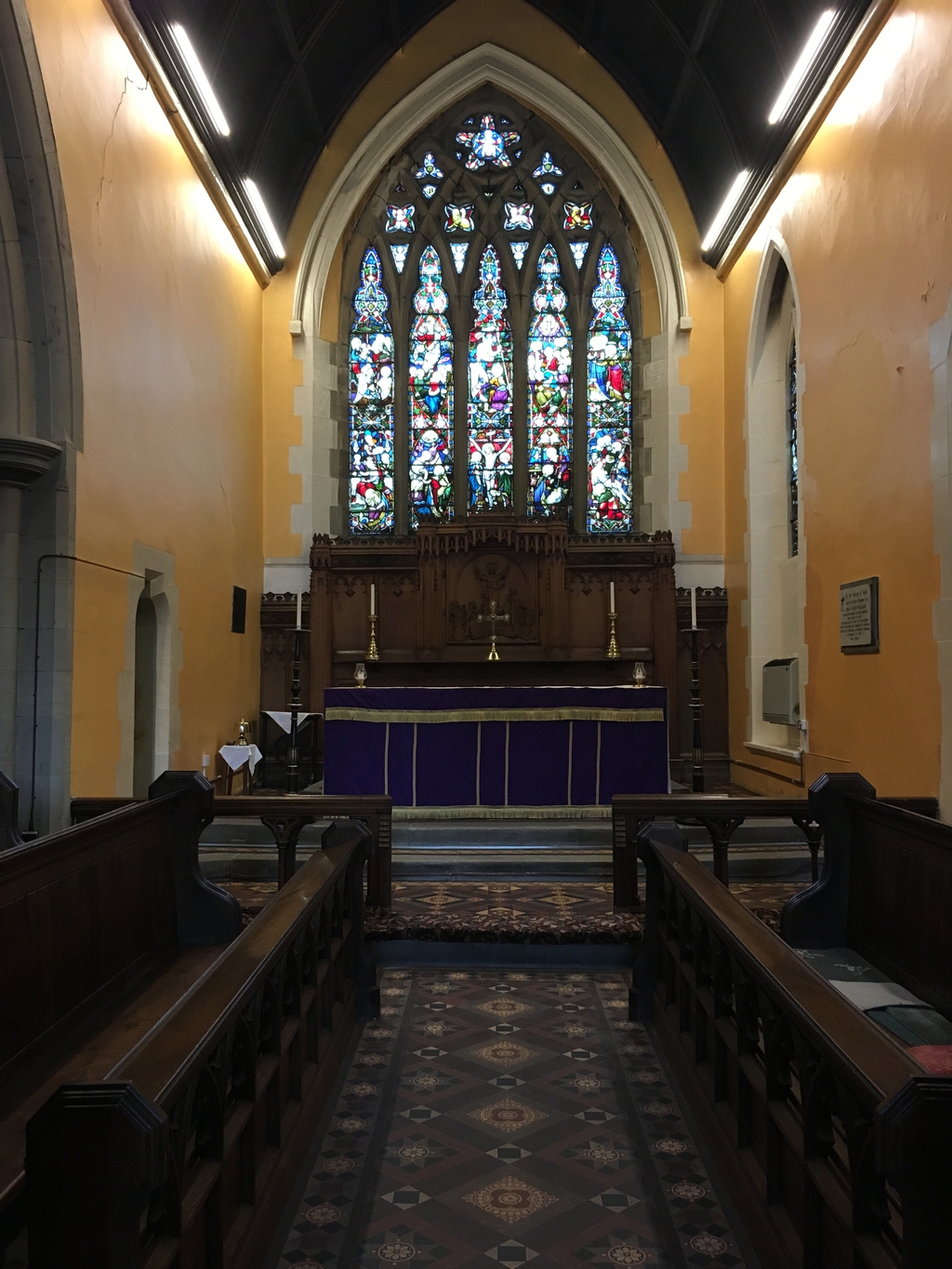 History - About the Church Building

The 1858 architect was William Hey Dykes, brother of the prominent Victorian hymn composer the Reverend J B Dykes. The Dykes family originated from Hull but moved to Wakefield when their father became manager of the Wakefield and Barnsley Bank at 67 Westgate. Dykes had studied with Benjamin Ferrey who had grown up in the Pugin household alongside A W N Pugin as a pupil of his father. Pugin was a pioneer of the gothic revival style which became fashionable for Victorian churches. Dykes worked within that style but at the less extravagant end of the market. Thus Saint Mary Magdalene’s had the look of a simple mediaeval English church without tower or spire, but with a turret for a single bell.   Dykes was also involved in the restoration of Saint Helen’s Stonegate in York, where his practice was based, and in the building of Saint Michael’s Westgate Common in Wakefield. His career was cut short when he fell into the River Ouse  and clung to the ice for twenty minutes before being rescued. This started the illness from which he died. His grave is in Thornes churchyard in Wakefield.

Dykes’ 1858 church was smaller than the present building with only nave, north aisle, chancel and organ chapel. By the 1880’s the increasing population necessitated an extension and the Wakefield-born architect J T Micklethwaite (1843-1906) was commissioned.

Micklethwaite, a former pupil of the very fashionable gothic revival architect Sir George Gilbert Scott (1811-78),  was another mediaeval enthusiast  and went on to become Surveyor and Architect to Westminster Abbey and Saint George's Chapel Windsor. He oversaw a restoration of the ruins of Kirkstall Abbey in Leeds and of Cliffords Tower in York. In Wakefield, in the 1860's  he had worked with Scott on the restoration of  the  Parish Church (now the Cathedral). He had also submitted a design for the new Clayton Hospital which was not accepted. Later in life, he was involved in extending the Georgian Parish Church of Saint John the Baptist , Wakefield. His new churches included Saint Hilda's in Leeds, Saint John's Horbury Bridge, Saint Luke's Sharlston, and the side chapel at Keble College Oxford built to house Holman Hunt's picture of Christ "The Light of the World". His grave is in the cloister of Westminster Abbey. At Outwood, he was responsible for the present south aisle and Lady Chapel.

The village war memorial is at the west end of the aisle surrounded by the laid-up standards of the former Urban District branch of the Royal British Legion.

The Lady Chapel was financed by the then recently retired first Vicar, the Reverend James Stewart Gammell, who had come into a family inheritance which included a Scottish castle and estate where he built his own church, becoming both laird and rector. A stone tablet in the wall of the chapel commemorates his gift. His initials can also be seen on the gable of the old vicarage, now the Kirklands Hotel, next to the church.

The marble slab which now forms the top of the Lady Chapel altar was obtained by JSG in 1867. It had previously served for many years as the altar of what is now Wakefield Cathedral from which it had been removed during restoration. The altar is retained in the traditional English mediaeval position against the east wall surrounded by riddel-posts and curtains on three sides. JSG also obtained the first set of Eucharistic vestments for the priest to wear, and brass cross and candlesticks for the altar.

Also in the chapel are a bronze bas-relief memorial to a First World War soldier by Albert Bruce Joy (1920) and a 1950’s wooden altar rail by Thompson of Kilburn bearing his distinctive mouse mark. The windows are by Harry Grylls of Burlison & Grylls (1931) depicting The Adoration of the Christ Child by Shepherds and Magi and The Angel of the Resurrection.

The chapel was partly screened off from the south aisle after the First World War and in the early 1980’s the screen and the archways were completely glazed to form a more commodious place for regular daily worship – the work of Arthur Bell (Wakefield) Ltd.. The Blessed Sacrament is reserved in the chapel for Holy Communion outside the church among the sick or housebound and as a focus for prayer. Morning Prayer and Evening Prayer and the celebration of the Eucharist normally take place here each day of the week except Monday.

The east window of the chancel is by Baguley of Newcastle (1871) with vignettes of various New Testament events, particularly those involving Saint Mary Magdalene. Edwardian stained-glass in the north aisle includes some by Heaton Butler and Bayne. The artists of the south aisle windows depicting The Presentation of the Christ Child in the Temple (1899) and The Parable of the Good Samaritan (1890) have not been identified.

The carved reredos of The Ascension dates from 1933, the wooden rood screen from 1919, the locally-carved pulpit from 1895 , the inner porch with Saint Mary Magdalene from 1894, the oak choir stalls from 1893.

The 1971 wooden paschal candle stand in the Moore/Hepworth style is by local craftsman Harold Mason.

The pipe organ is by Binns of Bramley (1893), restored twice in the twentieth century.

In the early 1980’s the plaster from the walls of the nave above the arches was removed and all the interior stonework was sand-blasted and re-pointed. Six decorative heraldic shields were hung above the pillars – the work of apprentices from a Leeds college. The remaining plastered walls and the celings of the aisles and Lady Chapel were painted in their present colour scheme at this time. Also the pews were stripped and re-stained.

The gas pipework was renewed when a new heating system was installed in 2007 and the old boiler chimney stack was demolished in 2009 (redundant since the 1980’s when the old heating pipes and radiators were removed).

The electrical wiring and switchgear was inspected and updated in 2009.

The social area at the west end of the north aisle includes an oak-paneled galley-kitchen and toilet completed in 2009. The area was extended, a new carpet fitted and more tables and chairs installed in October 2013.

Most of the current maintenance and improvement work on the building is done by unpaid volunteers offering their time and talents. We are grateful for their help.