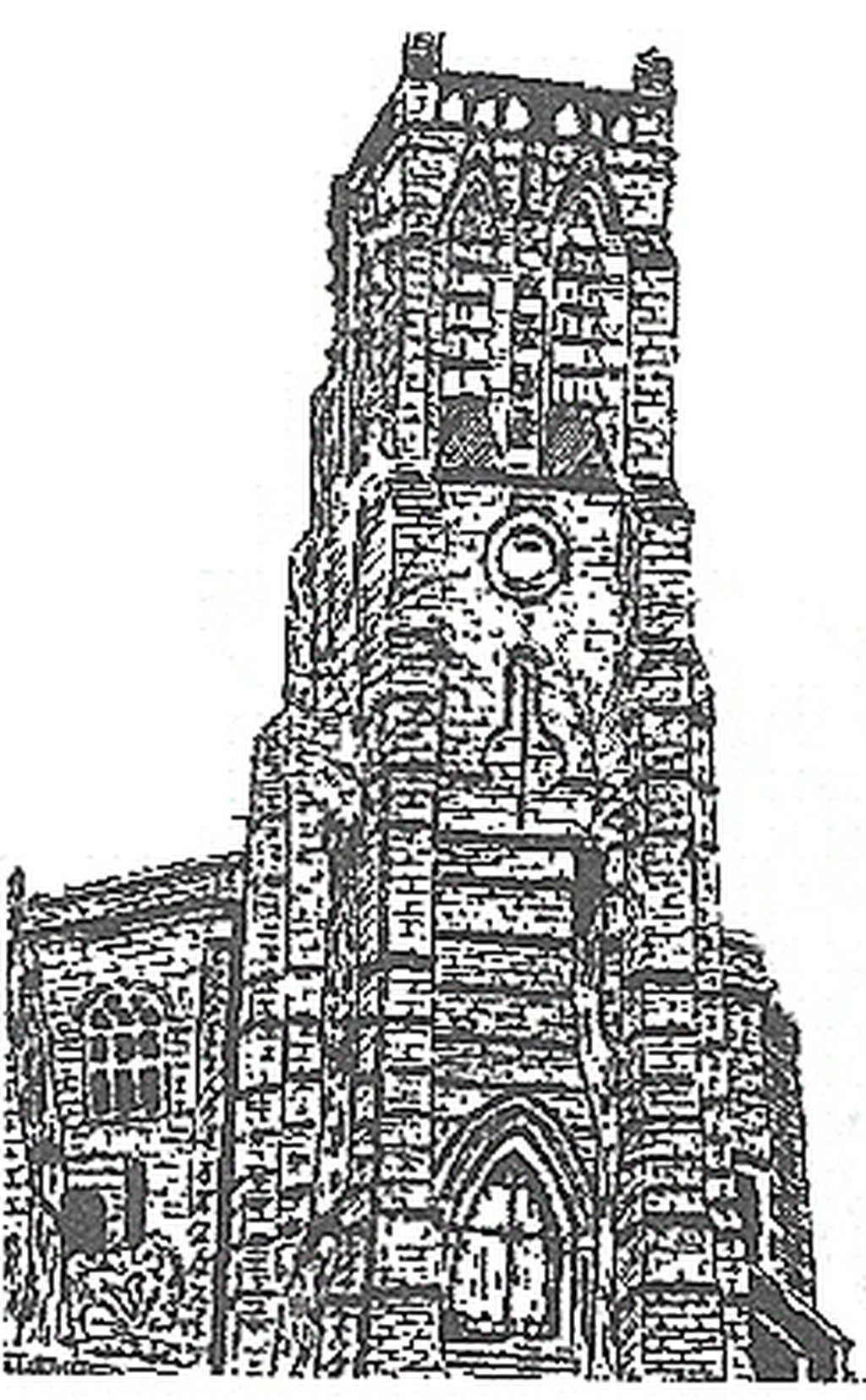 After the successful restoration of the organ at St Peter’s, attention is now being turned to restoring the tower clock saved during the demolition of

St Luke’s in Cradley Heath. We want to install it in the tower of St Peter’s Church in Cradley for the benefit of the whole community and to preserve the memory of St. Luke’s as well as have the tower light some hours of the night.

What is “Just a Minute”?

Our “Just a Minute” Appeal is where for a minimum donation of £10.00 (people can give more if they wish) people choose a certain minute on the clock dial and write in no more than 100 words, why that particular minute is important to them.

With 1440 minutes in 24 hours, there’s plenty to choose from, but once a minute has been selected by someone it cannot be selected again by someone else so get in quick!

We want people to select a memorable time, such as when they were born, started school, met your love, got married, went on a wonderful holiday or a poignant occasion.

It is hoped that at the end of the project and once the clock is installed, we can put all the contributions and names into a book and have it on display in the church for future generations.

Entries can be sent to:

Please include your 100 words, name and contact email address or telephone number (in case we need you to select a different minute) along with a cheque for £10.00 or more made payable to “PCC of Cradley Parish” and mark on the back of the cheque “Clock Fund”. It is important that you tell us if your minute is AM or PM.

If people wish to donate to the appeal without sponsoring a minute, donations can be made on our CrowdFunder page at www……………..

To restore the clock and install it at Cradley will cost around £14,000. In addition to the “Just a Minute” Appeal grant funding bodies will be approached to apply for external funding. If we raise more than needed, the surplus will go to maintaining the building for posterity.

“It was with great regret that we were forced to closed the crumbling church building of St. Luke's Cradley Heath, due to the prohibitive repair costs.

Many items that had been used in the church, over the many years were shipped to foreign lands. They are now being used in various parts of the world in many different churches, so you can only imagine the pride felt by members of St. Luke's congregation when they heard that St. Peter's Cradley, a church very local to St. Luke's in Cradley Heath, had made a request for some of the items still available.

The blower from the organ has already been installed at St. Peter's providing great pleasure for the congregation and visitors alike for the services and recitals held there.

The clock from St. Luke's has also moved to St. Peter's awaiting restoration and instillation in the church tower. The clock was a prominent feature on the High Street of Cradley Heath for sixty-seven years, providing a time check for the community, at the heart of the chain making industry in the Black Country. It is hope that when completed, the clock can serve the community of Cradley, in a similar manner, over many years to come.

It is a good thing, that although St. Luke's has gone, many items still live on all over the world.”

The story of the clock

From 1949 to 2016 the clock served the town of Cradley Heath (approximately one mile from St Peter’s) and was housed in the Parish Church of St Luke. It was installed in St Luke’s to mark the centenary of that church and was paid for using a legacy of £150.00 from Mrs Elizabeth Hill, whose family had a long association with St Luke’s. The clock was an electric clock by Smith’s English Clock Systems of London using a Master Clock system. This original system failed around the year 2000. A replacement system was installed by Smith of Derby in June 2002 and was in working condition when St Luke’s closed.

In October 2014 the Church of St Luke was closed as much needed structural repairs to the building were estimated to be around £750,000. This was beyond the means of the Church Council and therefore the last service was held in the church on 19th October 2014.

Over the next two years the building lay empty until 2016 when it was decided that the building would be demolished as no future use for it could be found. Meanwhile at St Peter’s, Cradley, the pipe organ was out of action due to a broken blower. A replacement blower was sourced from St Luke’s. When surveying the blower to see if it was suitable for St Peter’s, it became apparent that the clock at St Luke’s wasn’t earmarked for preservation and would be lost when the building was demolished.

In 1875, the tower of St Peter’s was added to the original building of 1789 and was designed by the Bromsgrove architect, John Cotton. Two years later in 1878 John Cotton added an apsidal east end to St Luke’s. Back at St Peter’s, Cotton had intended there to be a clock on the outside of the tower and provided a stone roundel on which to mount the clock. Due to a lack of funds the clock was never added to the tower and to this day the roundel remains empty.

When it was discovered that there was a strong possibility of the clock at St Luke’s being lost with the building, it was decided to try and acquire the clock for use at St Peter’s. The Diocese of Worcester granted permission for the clock to be retrieved with the view that it would be installed at some point in the future at St Peter’s. Many thanks to John Dentith (Diocese of Worcester) and Roger Whitehouse (Church Warden of St Luke’s) for providing access to survey the clock.

Thanks to the help of local metalwork sculptor, Luke Perry, the clock was removed in November 2016 and transported to St Peter’s. Unfortunately, when the clock was removed, part of the cast iron dial broke away. All the parts are together with the dial and advice has been sought to confirm that repair is possible.

There are three parts to the project:

The dial restoration would consist of stripping down the ironwork, repainting it, re-gild the three concentric rings and replace the damaged glazing with vandal resistant acrylic. This would return the dial to its original appearance as it was in 1949.

The chimes would use electromagnetic hammers on the existing bells to sound the hours and quarters. A night silencing device would be added so that the clock can be stopped from chiming through the night.

3. Floodlighting of the tower

It is an ambition of St Peter’s to make the church more visible at night. Currently the church is quite hidden at night due to it being set back from the road and surrounded by its eight acres of churchyard. Plans have been drawn up to use energy efficient LED lighting to light the Victorian tower and remind people of the presence of the church in its community.