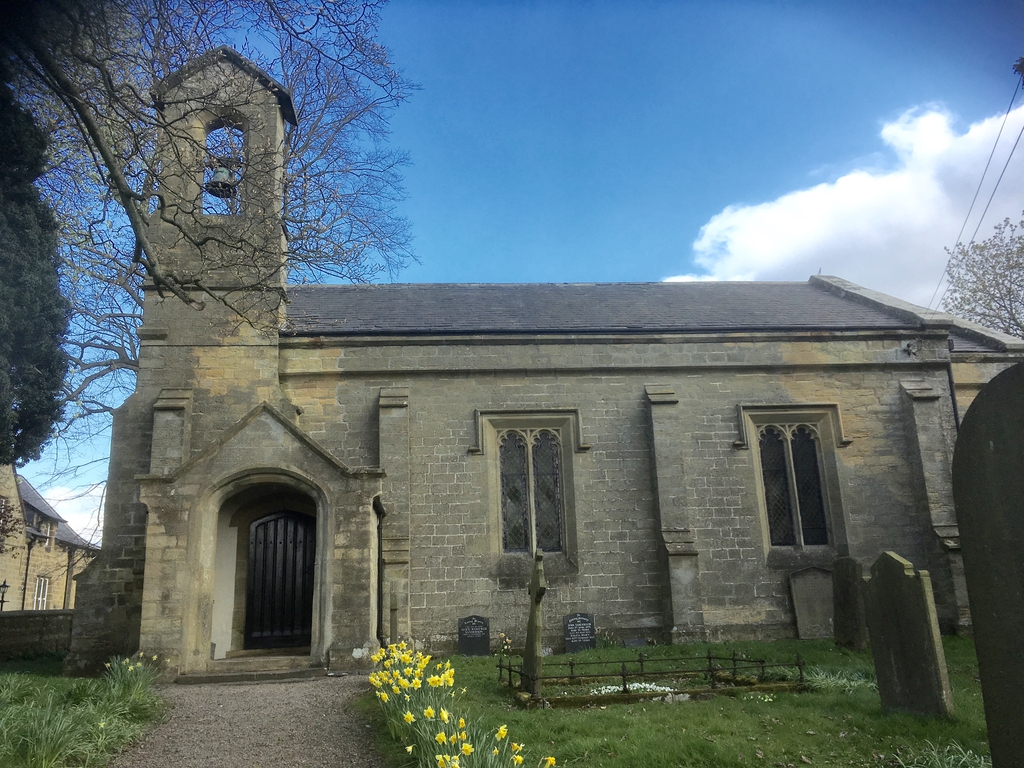 A Memorial in the church porch states:

TO THE GLORY OF GOD

AND IN MEMORY OF

THOSE IN THIS PARISH

WHO FELL IN THE WAR

AND IN MEMORY OF

He was the son of Jacob and Emily Butcher, Catton, Thirsk.

He is remembered on The Caterpillar Valley (New Zealand) Memorial.

His address on enlistment in the Fifth Wellington Infantry Battalion was Hannan Hotel, Marton in

the Military district of Wellington.

His next of kin is listed as Jacob Butcher, Catton, Thirsk.

He was the son of Jacob and Emily Butcher, Catton, Thirsk

He is buried in Chatby Military and War Memorial Cemetery, Alexandria, Egypt.

His address on enlistment in the Wellington Infantry Battalion is c/o C T Keeble, Fitzherbert West, Palmerston North in the Military District of Wellington

His next of kin is listed as J Butcher, Catton, Thirsk.

He was the son of William and Ellen Thorpe, Catton and the husband of E Mona Thorpe.

He is remembered on The Tyne Cot Memorial

His address on enlistment in the 5th Reinforcement Otago Infantry Battalion is c/o S Combe, Fern Flats, Marton, NZ in the Military District of Wellington

His next of kin is listed as W Thorpe (Father) Catton on Swale, Thirsk which conflicts with the CWGC’s information.

The Vicarage, Baldersby by St James, Yorkshire. He was single.

He served as a Chaplain to the Forces starting in 1917 before returning to his Parish a year later. His military record states in August 1917 he was free for a year and that he joined up on 30 September that year. The Archbishop refused permission for his Military Service to be extended.

He was very involved in the Church of England Men’s Society and could possibly have helped young men to emigrate to New Zealand. Three men from one parish is a big coincidence and the churches were involved in this activity.

<span style="font-size: 1rem;">There is a note on his Service Card that he could hold a Service in the Welsh Language having been born in Carmarthenshire.</span>

Outside Skipton Hall, there is a Cairn in the shade of a maple tree. The plaque on the cairn reads:

On this site in August 1944, a disabled Royal Canadian Air Force Halifax III Bomber crashed on return from a bombing mission, resulting in the deaths of two crew members and one civilian.

This cairn, in the shade of a Canadian maple tree, is erected to honour all those who served with the RCAF Six Group Squadrons at Skipton on Swale during WWII, and the many civilians who supported them. May their enterprise, couragae and devotion to duty be remembered and serve as an inspiration to all.

Dedicated May 19 1984 by a group including grateful survivors.

‘This was their finest hour’

[Note: The ‘civilian’ who died was a five-year-old boy]