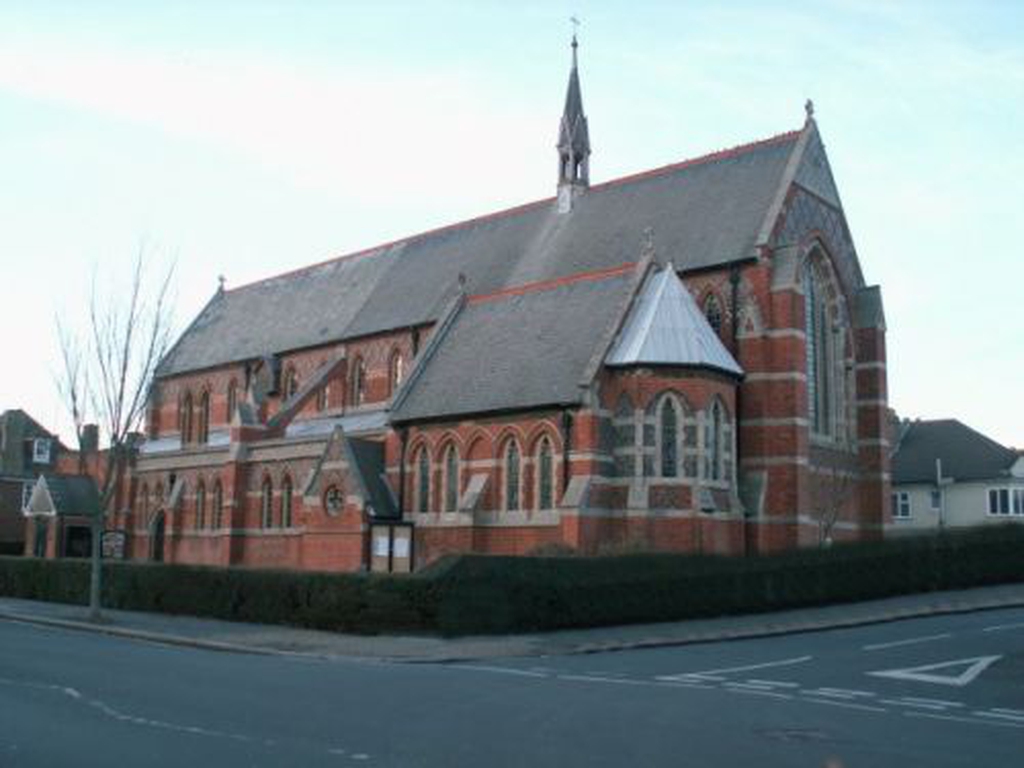 <span style="font-size: 1rem;">St Philip's is a red brick, flint and portland stone Arts and Crafts style church built on land donated to the Parish by The Duke of Portland to accommodate the rapidly increasing population of West Hove in the early 20th century. On 9 November 1894 the foundation stone was laid by Bishop Durnford, the first part of the Church (chancel, chapel and south porch with two eastern bays of the nave which was approximately half the church) opened for Divine Service on 28 October 1895, and the Church was completed by about 1910. The building is typical of the architect J. Oldrid Scott who aimed at a polychromatic effect by the use of chequers of stone, flint and brick.</span>

In the 1950s it was realised that the west end of the church had never been consecrated (Bishop Durnford died en route to a consecration in 1895) and the opportunity was taken to create a church hall, using money from the sale of half the Vicarage garden. The mural at the rear of the Church was painted by Mr Augustus Lunn on the new west wall. The title is The Sussex Benedicite. The background is the Sussex countryside with Chanctonbury Ring to the upper left hand side. The mural includes Chichester Cathedral, a Sussex downland church, St Richard, the Patron Saint of Sussex, a chalk pit, local traditional industries including fishing, sheep farming, forestry and market gardening along with a more modern factory. The mural also commemorates "friends and comrades who fell in battle in the cause of freedom" in the Second World War. When originally painted in 1957 it was the largest mural in any Church in Sussex. Mr. Lunn, a pupil of Hans Fiebusch, was also responsible for some of the mural paintings at The Festival of Britain. The Church Hall was totally refurbished in 2009 and we have access and facilities for people with disability across the whole building.

We have a relaxed and liberal traditional form of worship. We are proud to consider ourselves part of the Inclusive Church Movement, and welcome everyone regardless of gender, sexuality, age, ethnicity, ability, and political opinions.  Both spaces are widely used by many different community and commercial groups, and by the congregation for fundraising and social events, which are advertised on our notice boards and in the local press.

There is a virtual tour of the Church on Google streetview.