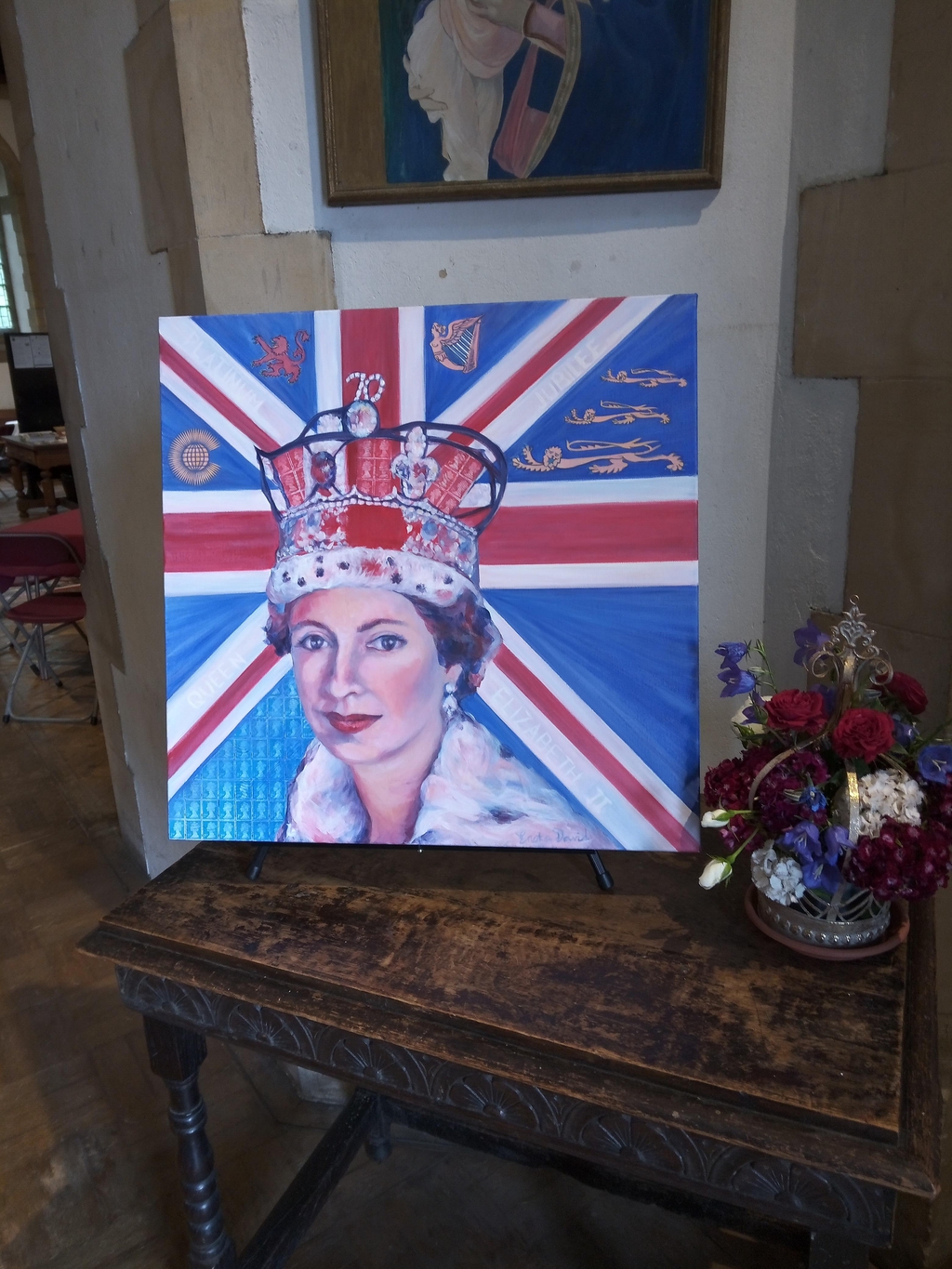 St Peter's Church
Services and events
News and notices
About us
Donate now
From the diary
Vicar's letter for October
Requiem for Her Majesty the Queen
Prayer for Protection from the Wiles of the Devil
Seven Sorrows of Mary
Christianity and the Old Testament
Corpus Christi
Faith Alive!
About disappointment and death (COVID-19)
About the end (COVID-19)
Asking for the right things (COVID-19)
Assuaging our fears (COVID-19)
A Time of Anguish (COVID-19)
On being at home (COVID-19)
Spiritual Communion (COVID-19)
What God is doing? (COVID-19)
Employers' Liability
Parish Hall
Safeguarding
Find us
High Road Bushey Heath Bushey
Get in touch
(020) 8950 1424
Facilities
More information
Edit this church

And that, knowing the time, that now it is high time to awake out of sleep: for now is our salvation nearer than when we believed. (Romans 13: 11)

Many years ago the man with the sandwich board outside Naughton Park in Widnes proclaimed that the end is nigh. I wonder if he is still there or whether he has gone to meet his maker. Perhaps the responsibility is passed down through the generations and that his son or a grandchild now fulfils the role! He was of course wrong in the sense that millenarians are wrong. Their failure is to attach a proclamation about the end of the world to a particular date in the calendar such as the end of a century or millennium. Such an approach is bound to fail because no-one knows the date or the time. Jesus made that clear to his disciples before he ascended.

It is not for you to know the times or the seasons, which the Father hath put in his own power. (Acts 1:7)

Despite the spurious time frame we know that the man with the sandwich board was aslo right because we are living in the end time, in the dispensation of the resurrection and the time of the Holy Spirit. This puts us in the position of looking continuously towards the end of time because we are awaiting the return of the Lord Jesus and the completion of his work of salvation. If the man making the proclamation of doom is wrong about the imminence of the Day of the Lord, there is no reason why we should compound his error by presuming that it is not near and that ‘the end’ is simply something we do not have to consider. Such an error would be the denial of our claim to live in the dispensation of Easter and the gift of the Spirit.

Since the arrival of a notable virus on these shores and the declaration of a pandemic there have been numerous people joining the man with the sandwich board, if not outside a stadium, then on social media and the internet. ‘The end is nigh’ they say, but it is not said with the same purpose as the man outside the rugby ground. He was suggesting that men should prepare to meet their maker. The modern declaration may refer to the power of ‘nature’ or to the fickleness of ‘mother earth’, but will almost invariably omit any reference to the Creator. The new suggestions about the end have been rather confused. The more honest commentators are content to declare that the end is exactly that – the end of human life or of many human lives at least. The less thoughtful mention the end although more often than not there remains the sentimental hope or expectation that ‘we will all be together again’, reunited in some heavenly afterlife or circling the earth as seagulls as someone suggested on the radio recently. Why can’t the atheist be honest enough to accept that his fate is to not exist – at least on his own terms?

The Christian knows better of course. God does exist and he has all things in his power. St. Paul wrote to the church in Corinth,

Then cometh the end, when he shall have delivered up the kingdom to God, even the Father; when he shall have put down all rule and all authority and power. For he must reign, till he hath put all enemies under his feet. The last enemy that shall be destroyed is death. (1 Corinthians 15: 24-26)

This is a very different approach to that of the atheist. It is an approach which allows for a confident hope, allowing the believer to live a Christ-like life as the end approaches.

The question remains, ‘is the end actually nigh?’ We are living in a time which is unlike that which any of us is likely to have experienced before. We are living in a time when our awareness and understanding of our mortality is being renewed. For the first time many of us are thinking about such things in a way that is different to that which has been our habitual practice. No doubt we have thought about the usual catalogue of diseases that we might contract and which may carry us off. After all we did not think we were immortal did we? What is different now is that we are dealing with a pandemic which is affecting many people and which might affect anyone. The threat is on a different scale and of a different nature.

Against this background some people have rediscovered the scriptures (a good thing indeed), especially the Apocalypse which speaks dramatically about the end. Others have turned to the prophetic words of the Italian mystic Blessed Anna Taigi or to the instigator of the Divine Mercy movement, St. Faustina. This has been a good thing too because it is an attempt to discover what God is doing amongst us and what he expects from us. The message can be summed up quite simply: ‘Don’t just sit there and wait for the worst to happen. Repent and turn to the Lord.’

In the epistle to the Romans we are invited to explore the need to be spiritually prepared. St. Paul writes about the need to live a morally upright life which reflects the righteousness of the Lord. This is achieved by being obedient to the commandments. In particular the Apostle emphasises love of neighbour as the application of the law which in fact fulfils it. He then gives a list of activities which are the very antithesis to obeying God’s will.

Let us walk honestly, as in the day; not in rioting and drunkenness, not in chambering and wantonness, not in strife and envying. (Romans 13: 13)

Those who do not choose the path of destruction are invited to clothe themselves with the Lord Jesus which is the characteristic expression of the new creation; the sign that we are Easter people living in the power of the Spirit, transformed from the old man into the new.

The passage from St. Matthew’s Gospel teaches us about the healing of relationships and their true worth. Jesus speaks first about forgiveness and reconciliation which are a non-negotiable part of the Christian life. This is because forgiveness and reconciliation are about coming to the foot of the cross – together – and accepting in a state of penitence the healing grace of the Lord. Jesus also speaks about prayer because prayer defines who we are in relation to God. It is the essence of the human-divine relationship and it is something which is done together. We do not exist apart from other people and neither can we be saved without them: ‘where two or three are gathered together.’ This is risky, something which does not easily fit into our risk-averse culture because it challenges it and threatens to destroy it. Human beings are created to be vessels which are used, not vessels to be polished and displayed.

On that note, why not become worn out for the Lord? One effective way of doing that is found in the Ezekiel passage. The prophet is appointed as a watchman for the Lord, a role which he will have to undertake with the utmost seriousness and devotion. The passage warns of devastating consequences for him if he is not faithful to his calling. In it we find a reference to the requirement to proclaim the Gospel, not a watered down religiosity, but the truth of Christ Jesus and him as crucified.

So live in the truth of the Gospel and you will not only be ready as the end approaches, whenever that may be, you will be confident and happy about it. Yes, happy because it is Jesus who brings in the end and it is his party that you are invited to.

Image by Bruno / Germany on Pixabay