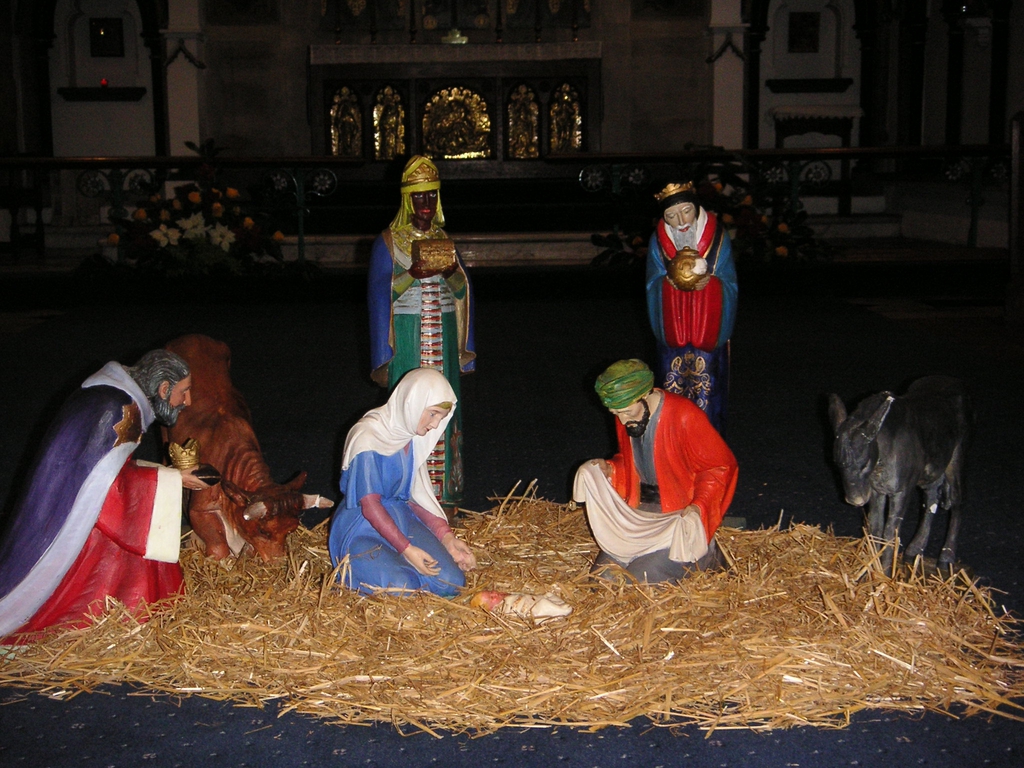 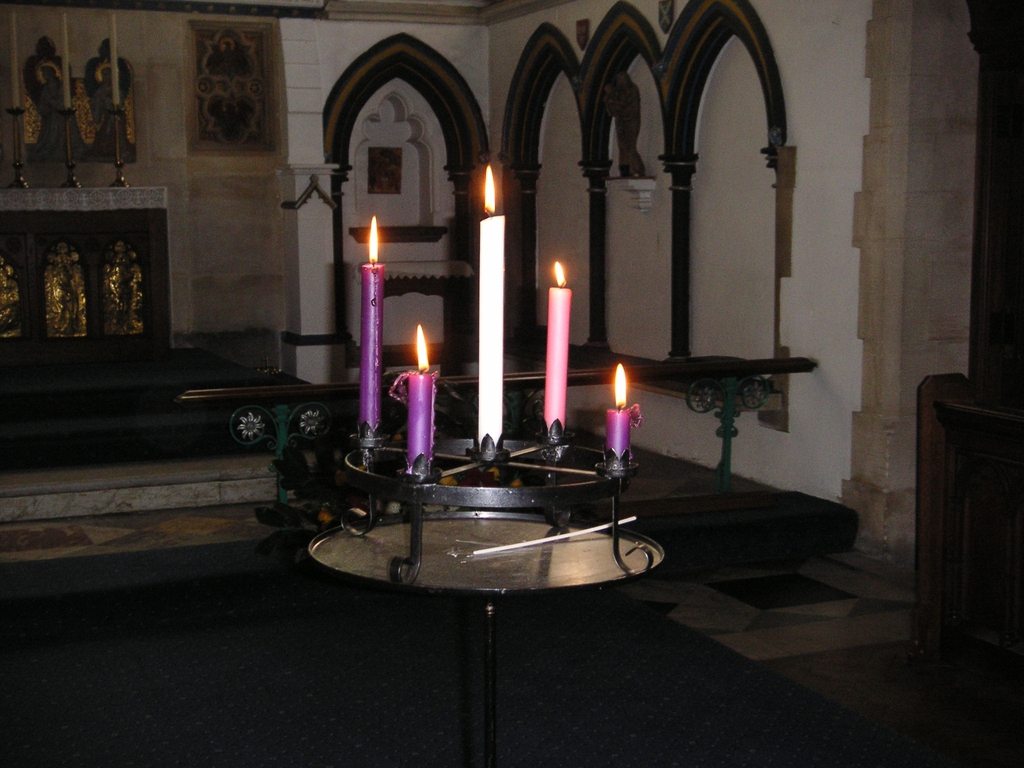 Let a man so account of us, as of the ministers of Christ, and stewards of the mysteries of God. (1 Corinthians 1: 4).

In today’s excerpt from 1 Corinthians 4, St. Paul issues a call to confidence in faith and in action. This is probably less obvious than it sounds because, as he frequently is, the Apostle is on the back foot. Not only is he reticent to push himself forward and rely on his authority as an apostle, but also he is being judged and found wanting by some of the church members in Corinth. He is attempting to justify himself, but to do so by the merits of his call as a minister of Christ. This is important because it is the same justification that any of us might offer in our own various ministries. This is not ‘an apostle exclusive’. For homework, re-read the collect for today which sums it all up perfectly.

If we are feeling anything as 2020 comes to a close it is quite possibly not confidence. We have had a battering this year. As people – as human beings – we have been directly afflicted by a virus which has been difficult to combat. There has been illness and death across the globe and consequent fear, economic distress and a loss of confidence not least in ourselves. What it might mean in the long term is uncertain, but we can prayerfully reflect upon what we already know.

The Church, especially the Church of England, has received a considerable battering, one from which it is unlikely to recover in its present form. Some of the damage is self-inflicted. Who would have predicted that? The Archbishops lost all credibility at the onset of the first lockdown when they barred the clergy from their churches – the only church leaders to do so. We were in the absurd position of having to visit our churches to do Health and Safety checks whilst being unable to pray. (It hadn’t initially occurred to their lordships that such checks might actually be necessary until the insurers informed them of the responsibility). Diocesan bishops lost all credibility by failing to support their clergy and by failing to offer any authoritative teaching on the matters in hand whilst at the same time issuing threats to parish clergy who might have strayed too near the altar or the prayer desk.

The battering is primarily spiritual because, as I have mentioned before in sermons, Jesus has been completely omitted from all official communications. I am pretty certain that he hasn’t been included in any of the frequent letters from St. Albans. But then why would the managers and administrators bother with him? This is the work of the devil who must be delighted by his achievements this year. The battering is also physical and practical because the virus and its consequences are precipitating and accelerating decline. We are aware that there have been problems with declining numbers of worshippers and a declining number of priests for many years. My illustrious predecessor Father George Austin mentioned this to Bishop Robert Runcie fifty years ago and was told not to be ridiculous. But he was right – he could do simple arithmetic; he hadn’t buried his head in the sand. An inevitable crisis has now arrived and is being exacerbated by our present health and economic problems. It was announced a few weeks ago that one diocese is to lose 60 posts in order to be able to balance the books. It is not the only one. Other dioceses are taking similar measures in addition to amalgamating parishes and only offering half a stipend or, in some cases, no stipend at all.

That is a sorry state of affairs indeed, mostly predictable it is true, but very sad. The Church of England that we grew up with will be a shadow of its former self when we leave this life. As someone remarked recently, albeit referring to society rather than the Church, ‘I am glad that I am nearer the exit than the entrance’.

The purpose of this sermon is not to be morbid though. It is to be realistic, but also encouraging. There have been many encouragements this year and it is right that we should give thanks for them. We have been assured once again of the eternal presence of God who has enabled us to keep in touch as a congregation because his Holy Spirit transcends all boundaries. He is not bound in any way by human limitations or restrictions. Christians suffering persecution or imprisonment for the faith in other lands have long known that God is with them no matter what. In a small way we are learning that too during this time of limited movement and contact. Something that we knew in our heads, we are now much more aware of in our hearts.

We have also been reminded that the word of God is eternal. Many of us have returned to our bibles and have rediscovered truths which we once learnt, but have forgotten in the excitement of life. For many of us there has been extra time to pray and undertake spiritual reading which has been a great benefit, bringing us comfort and encouragement as disciples.

Over the last few months there has also been a heightened anticipation of the Parousia. We think, especially during Advent, of Jesus’ return, but the thought of our mortality and the growth of uncertainty in our lives has made us think about it afresh. Where this will lead is uncertain. There is a quasi-religious equivalent to sound teaching about the end times which is referred to by the borrowed use of ‘Armageddon’ from the Book of Revelation. It is generally unhelpful because it is not rooted in wholesome Christian doctrine, but in the superficial world of the internet and of Hollywood with its interest in the destruction of civilisation. Think disaster movies! In itself it may not be helpful, but if it makes some think about God, the world we are creating and the role we have in it, then it might lead to a re-awakening of faith. After all, we are certainly mortal and Jesus will certainly return so it is wise to hold that in our thinking and prayers so that we are ready.

These good things can help us to remain confident despite the batterings of the present. Despite all, St. Paul remained confident because he knew that he was not a mere religious functionary, but a steward of the mysteries of God. It is worth reflecting on that. He, a mere man, was called to bear witness to the truths of God, both to speak of them and to exemplify them in his life. And so are we. We have a very high calling. It is not easy, even if we speak of it glibly at times. To be a steward of the mysteries of God is the demanding vocation of all Christian disciples, but one we are equal to by the grace and power of the Holy Spirit. The Apostle knew that and spent a great deal of time encouraging his charges to see it too.

Finally, St. Paul would write later to the Ephesians (and others) about the need for unity in Church.

For this cause I bow my knees unto the Father of our Lord Jesus Christ, Of whom the whole family in heaven and earth is named, That he would grant you, according to the riches of his glory, to be strengthened with might by his Spirit in the inner man. (Ephesians 3: 14-16)

There are a number of ways to read ‘family’ in that passage, but it is unlikely in the context that the Apostle was not referring specifically to the Christian family dispersed throughout the world. For him, Christians are a family which finds both its unity and its strength in Christ because it is called by God for a definite purpose and a certain destiny. This means that regardless of the batterings we take, whether they be the trying and perplexing ones of 2020 or the terrible tribulations suffered by some of our brothers and sisters elsewhere, we remain united in the Spirit and confident in the faith as ministers of Christ and stewards of the mysteries of God.