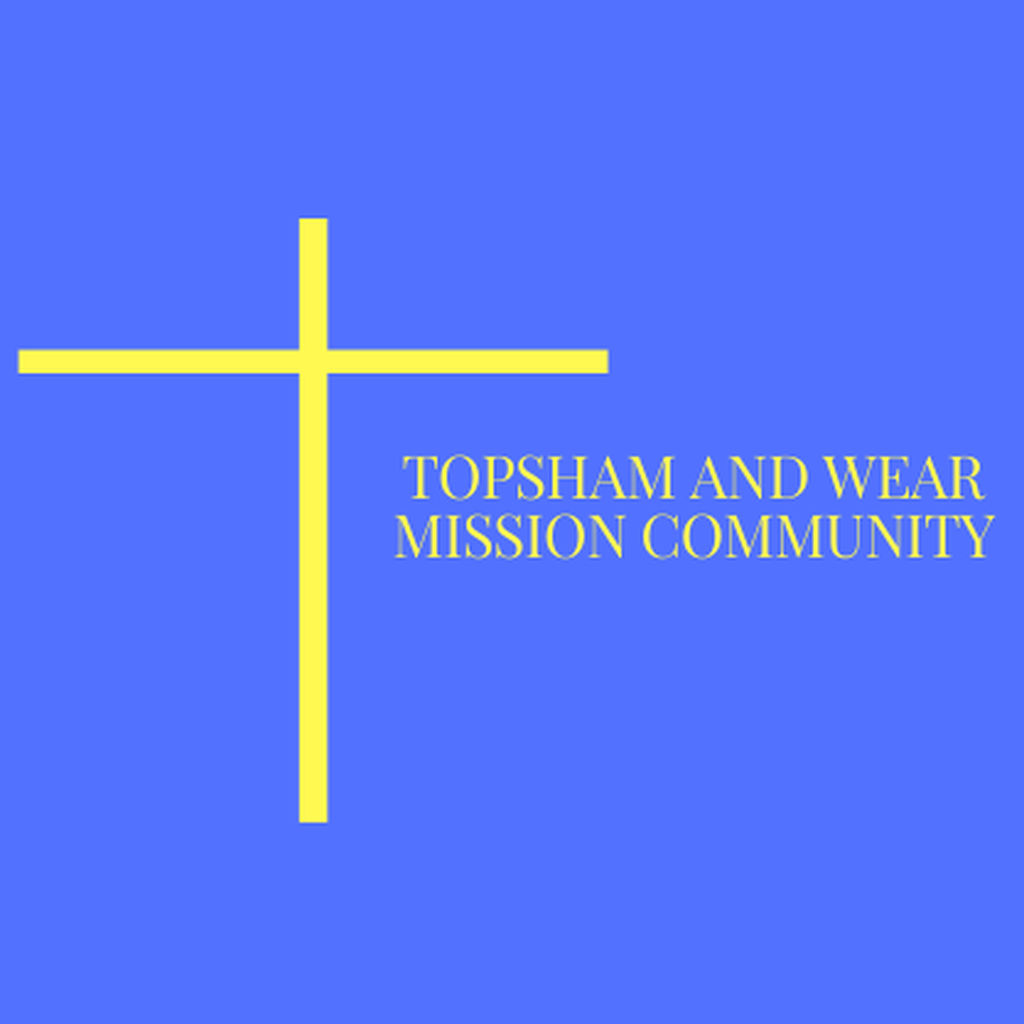 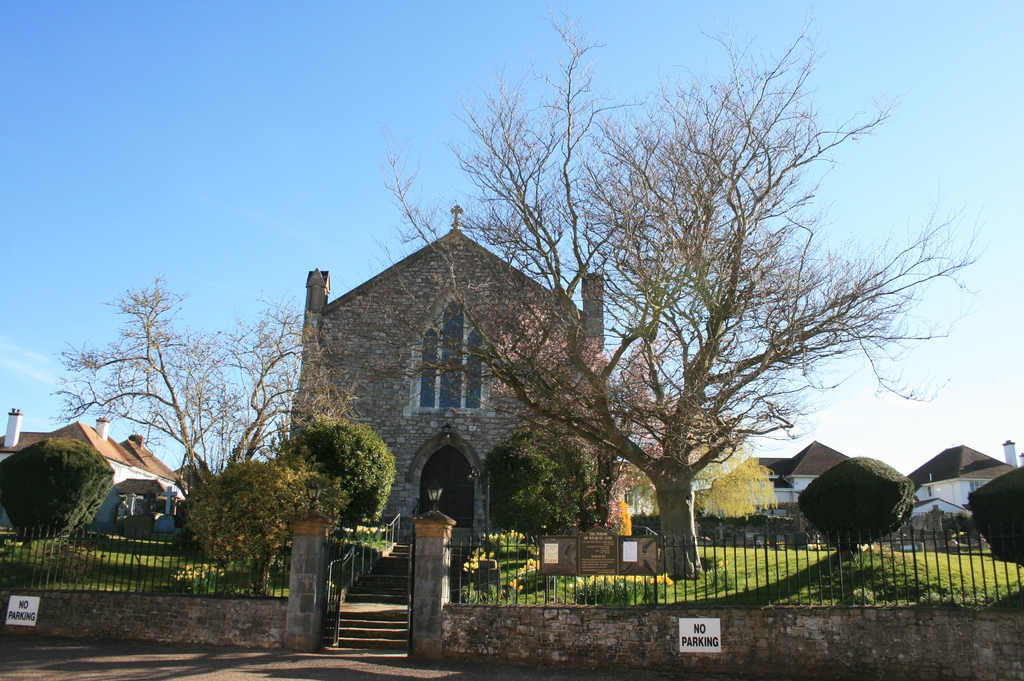 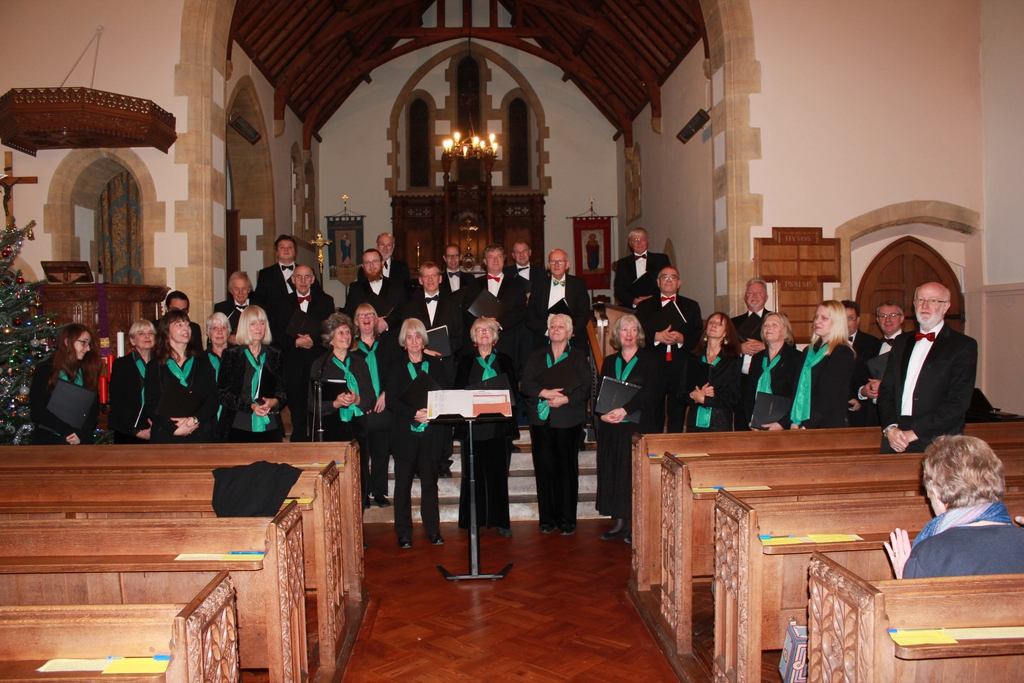 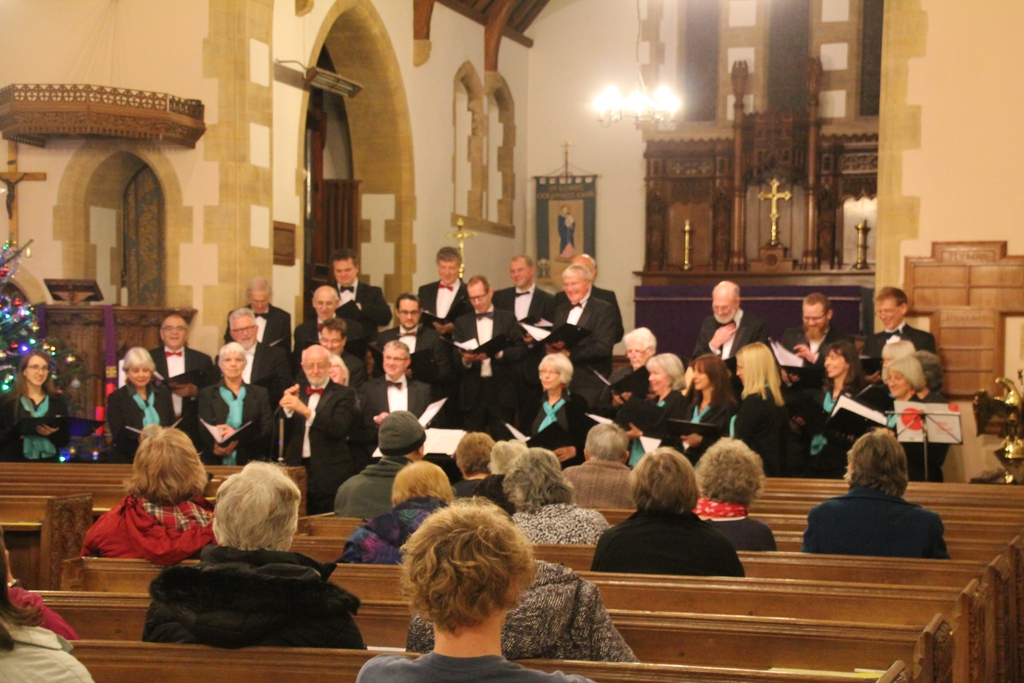 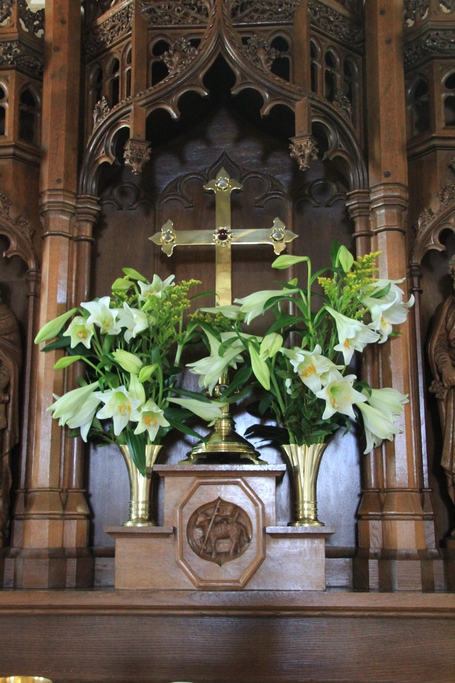 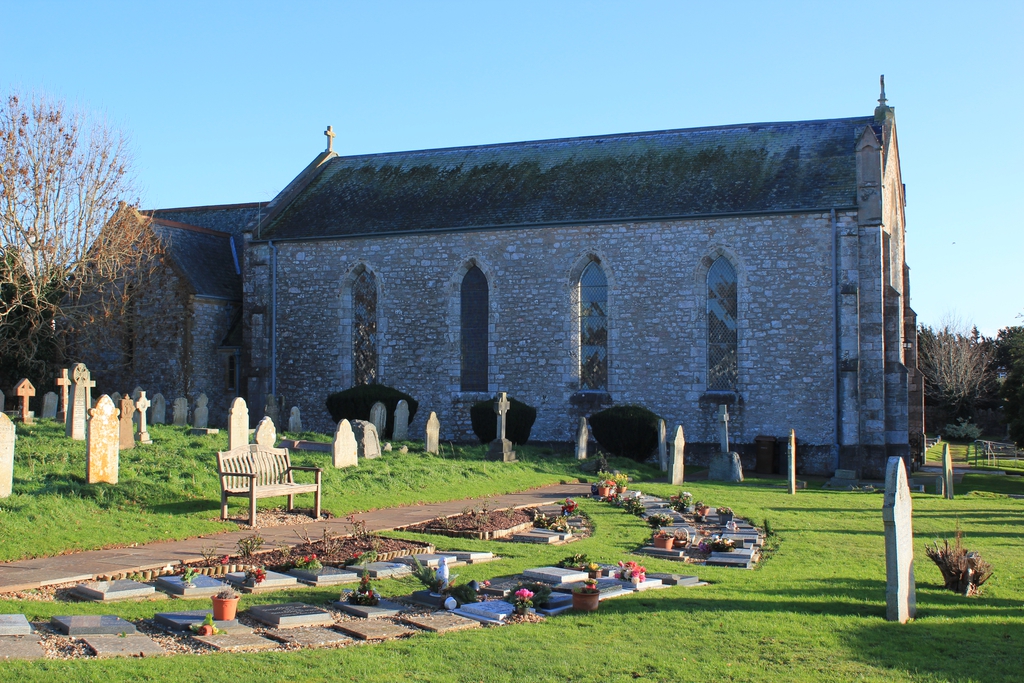 Yesterday I indicated turning my face towards the winter months; we do seem to stand on the cusp of a turning not just of the seasons but also a national state of being as the second wave rides out. And people are wondering not just about how to mark, let alone celebrate Christmas (and all that symbolises for them, regarding gathering of nearest and dearest), but also daring to cast their sights to 2021 and wonder how the new year will pan out.

Yesterday I said how these daily reflections are sent with a spirit of open heart, reaching out to connect with folk in our community, and as I imagine each household processing the prospect of the months, year ahead, I repeat that intention with sincerity.

I truly hope that you feel grounded in community, whatever is facing you and also know that you can ask for more connection, more help, of the church; having someone walk with you and listen to you through challenging times can be a comfort.

But whatever you face, however you choose to face it, know that you are held in prayers today as you receive this message.

I am sending the RS Thomas poem that I shared in that first week of lockdown; for me it is such a good one to read, mark and inwardly digest particularly at times of transition and uncertainty. It helps to ground me and I hope it might help your day in some way too.

When we went into lockdown in March, after some weeks of intense stress as we watched the pandemic rampage through Italy, my first thought was what the folk of our Mission Community needed from church. The answer felt clear - to know that they were being thought about, cared about, and to have a clear point of connection should they need help. Which is why I started the daily reflections from the first day of lockdown.

It has worked well as a steady beat of connection from the church in a year when isolation has been a watchword in our national narrative. When I took some leave over August, colleagues took up the reins, and so the daily reflections have become more eclectic too, giving a range of style and content which I hope have proved thoughtful as well as giving consistency in our reaching out. One person wrote to me that their daily reflection felt like a "hug in my inbox". They are clearly working on many levels, and I am pleased that a blessing of greater closeness and communication has come out of this year of terrible challenges.

It's my turn this week, and as thoughts also turn to the winter months approaching, I sincerely hope that your daily "hug in the inbox" with some "thought for the day" helps you in whatever each day brings your way.

I hope you know that whoever is penning these daily reflections, myself included, does so with open heart to you, and that in itself is a daily gift of connection for you.

There is another series, at the moment still available on B.B.C. i player, entitled African Renaissance. When Art meets Power. The first episode studies Ethiopia which has a vibrant Orthodox church unique to its country. In the Old Testament, there are two long accounts of the visit of the Queen of Sheba to Solomon (1 Kings 10 v 1-14, 2 Chronicles 9 v1-19) and in Matthew 12 v42, when Jesus is asked for a sign, he says the Queen of Sheba will rise at the last judgement with this generation and condemn it for she came from the ends of the earth to listen to Solomon’s wisdom and now one greater than Solomon is here.

When I spoke to a grandson about the Queen of Sheba (or Saba), he thought Sheba was fictional, but she is in the Bible, the Koran, and Turkish writings, and Saba is present Yemen.

Solomon and Sheba had a son, Menelek, and he went on to found the city of Axum. Was Sheba the black woman referred to in the Song of Solomon? Menelek is the first king of Ethiopia, the only African country never to have been colonized. I remember somewhere in the series there was an interaction between “Africans” and Egyptians and that 7 women ruled and are depicted on Egyptian carvings, but I cannot find any references. The point of the programme is to show the greatness of the African peoples, the extent of their empires. They built walled cities, cathedrals , mosques, libraries , universities, had immense wealth and suffered immense hardships. These programmes show they are not inferior but different. I wish we could find a way of celebrating that difference. Today Ethiopia has a vibrant Christian culture. They have amazing churches carved out of rock with brightly coloured murals. They believe in their ancient heritage from Solomon and that they have the ancient Ark of the Covenant in their care.

There is no time to continue with the Alchemist now. I would have liked to explore why we don’t follow our vision/dream, God’s plan for us, but I want to catch the rest of the programmes on B.B.C i player about Africa.

Having previously watched The Art of Persia, which was so beautiful and informative, I was intrigued to see a series on Africa’s Great Civilisations. However, the first two episodes have already gone. I can remember that, in the first, it showed that all Homo Sapiens are descended from one mother in Africa. At the same time there were Neanderthals in Europe. As recently as 2018 the oldest rock painting dated 73000 years old was discovered in Blombos Cave in the South Cape of Africa. It was a long time before they migrated from Africa – possibly after the development of speech. This shows that we are all descended from Africa and it went on to suggest how the different peoples evolved. The series wants to show that Africa is not inferior in any way and that B.C. it had great wealth and people who are now called Berbers travelled far and wide. As it continues, it shows walled cities, palaces etc, many of which were preserved because they were buried in sand. At one stage the Sahara was fertile, covered with trees and full of animals. If anyone can fill me in on the story I would be delighted as I found it amazing when I saw the programme. The presenter and other commentators say: “Why don’t we know any of this, why do we regard Africa as a continent waiting for the white man to develop”.

I found the following questions and answers from the back of the book really interesting. A subject usually skated over as being embarrassing

He is questioned about sexuality, to quote “In Eleven Minutes you want to bring sexuality and spirituality to a healthier place. How can this happen?”. Well, by accepting that sex is a physical manifestation of God and that is not a sin but a blessing. And then by understanding that except for two things that I consider to be really sick – rape and paedophilia- you are free to be creative. It is up to you how you do this.

Sex was always surrounded by taboos, and I don’t see it necessarily as a manifestation of evil. I think that sexuality is first and foremost the way God chooses for us to be here on earth, to enjoy this energy of love in a physical plane.

Following on from yesterday. Paulo Coelho, throughout his writing, talks about the Soul of the World. He obviously feels God can be encountered in many ways, but when questioned about the difference between Spirituality and Religion, he is quite certain that being a Catholic is essential to give him discipline and collective worship with persons who share the same mystery. But, in the end, all religions tend to point to the same light. In between the light and us sometimes there are many rules. The light is here and there are rules to follow this light.

Many people I meet believe in “something” but cannot find the only solution in Christianity. I feel I need a theologian to provide answers.

This week's Daily Reflections have been sent in by Mary Grinyer. They follow on from our reflections on books a few weeks ago. This week, Mary focuses on Paulo Coelho's book "The Alchemist".

I am grateful to Gill Yates for her reviewing Paulo Coelho’s book “Like the Flowing River ”. It made me reread my copy of "The Alchemist" which he also wrote. It made a huge impression at the time. Perhaps, I can add a few thoughts. It is an easy read but deals with a profound subject, personal callings. To quote: “It is God’s blessing, it is the path that God chooses for you here on earth. Whenever we do something that fills us with enthusiasm we are following our legend”.

The story, partly magical, starts in Andalusia following a shepherd boy who has a dream, which he wants interpreted. He encounters many characters, some with Biblical Old Testament references. One of the them is Melchizedek, King of Salem. This led me on a fascinating detour, following the references in Gen. 14 v18, Psalm 110 v4 and Heb. 7 v14-17. It would be interesting to have teaching on this as it fits in with a mystical view of the world and suggests God has communicated his purpose in many different ways.

The boy experiences many obstacles over the years but having, through the power of love, disinterred his dream, he suddenly notices that what he has always wanted is there waiting for him. Can he overcome the final obstacle, the fear of realising the dream?