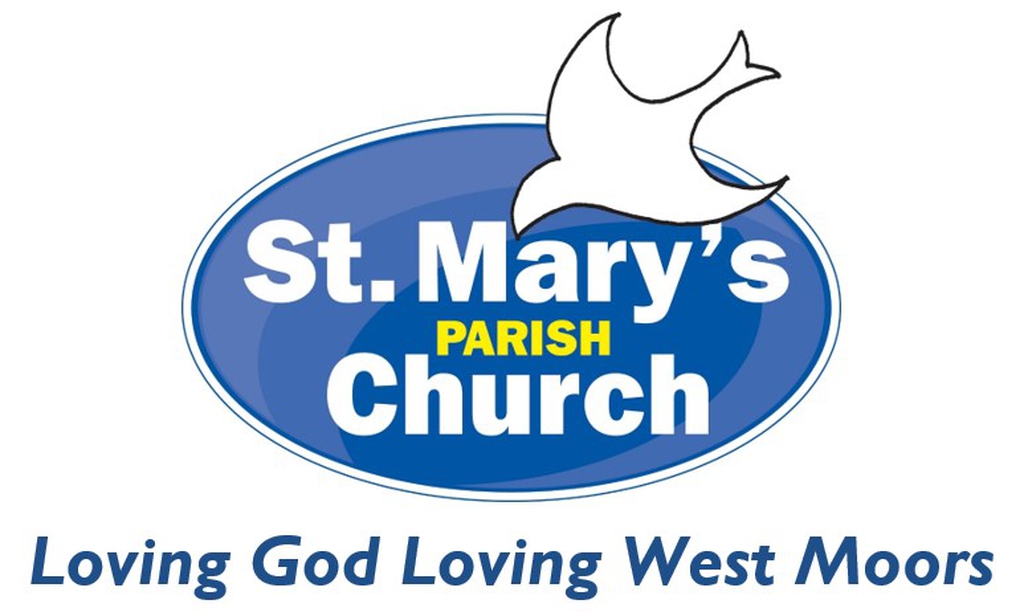 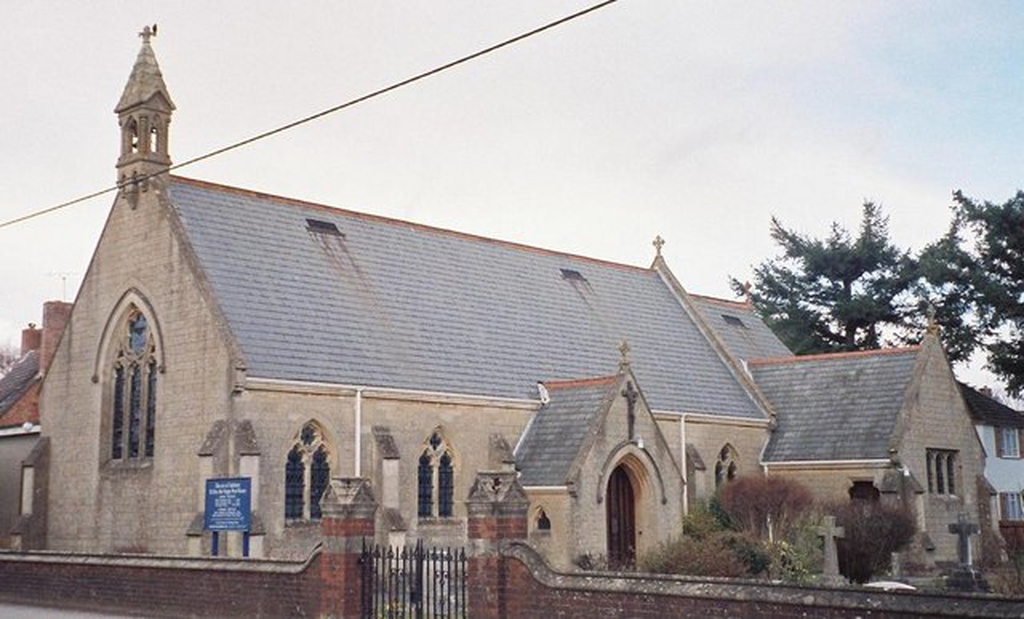 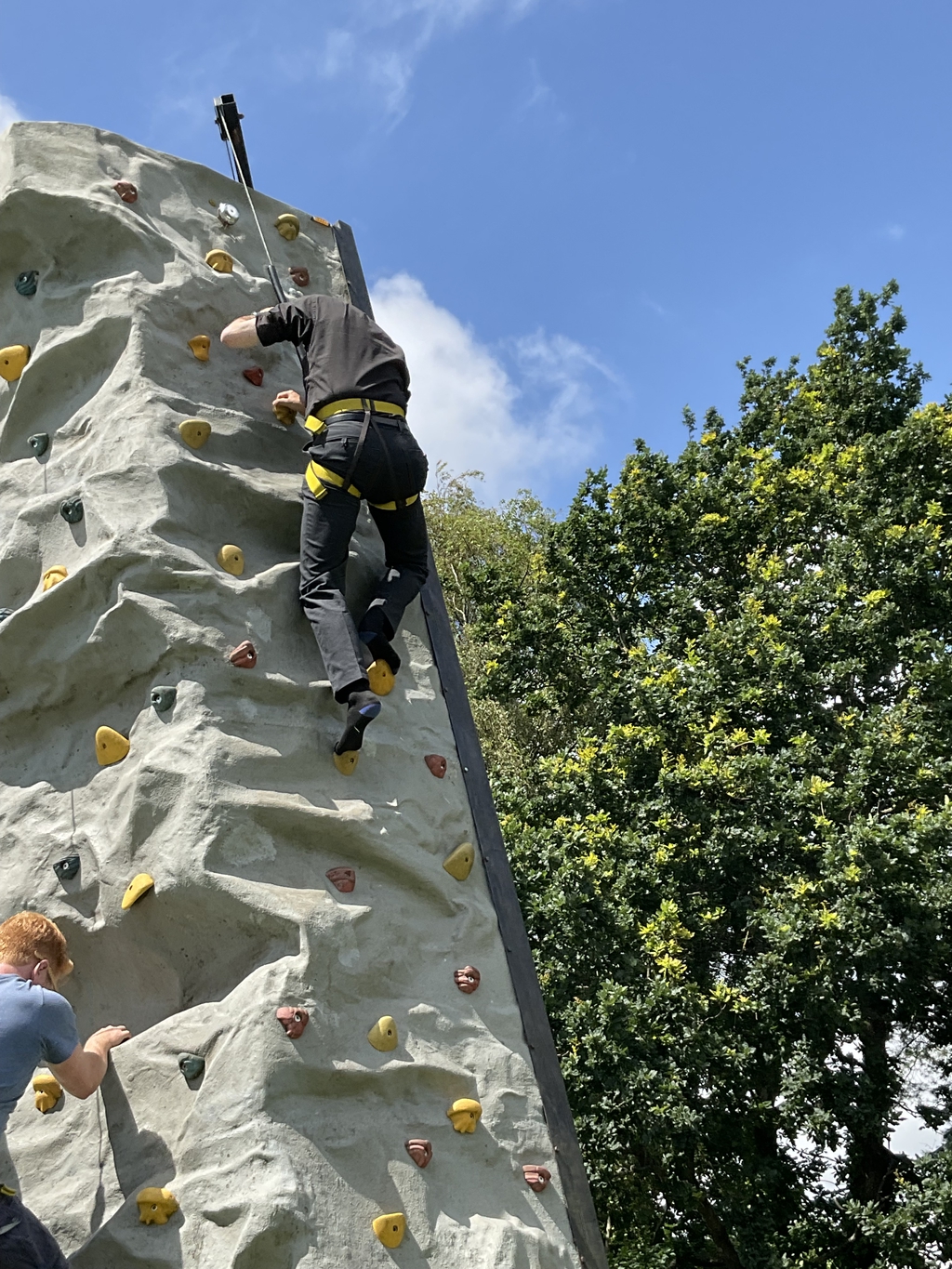 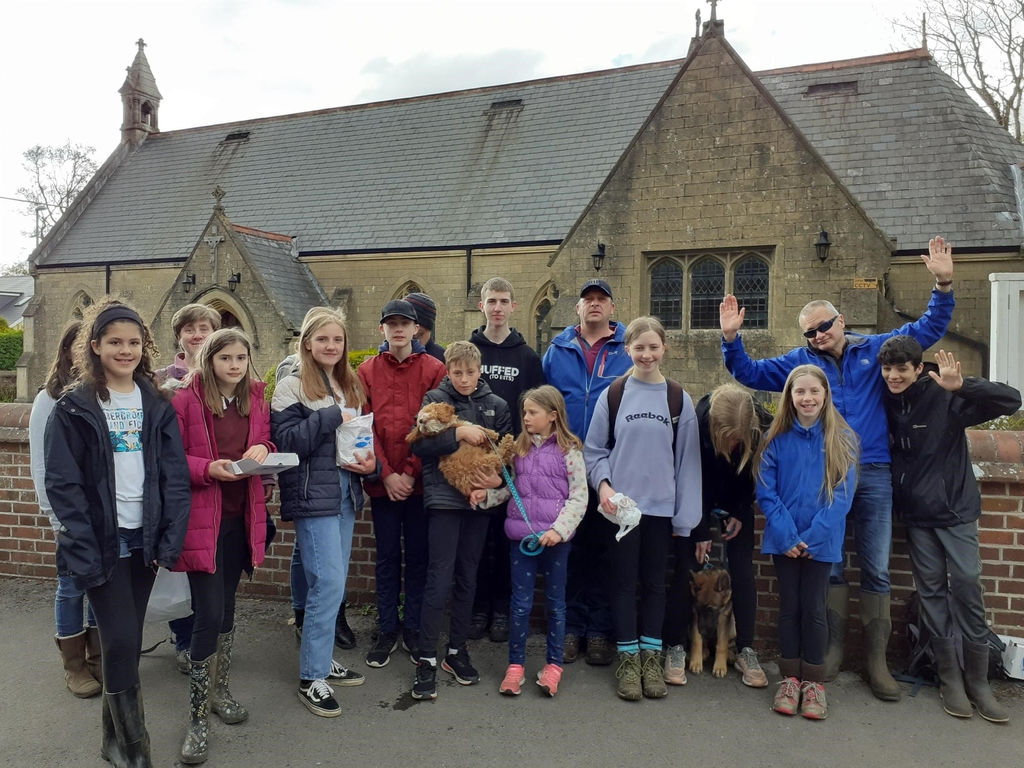 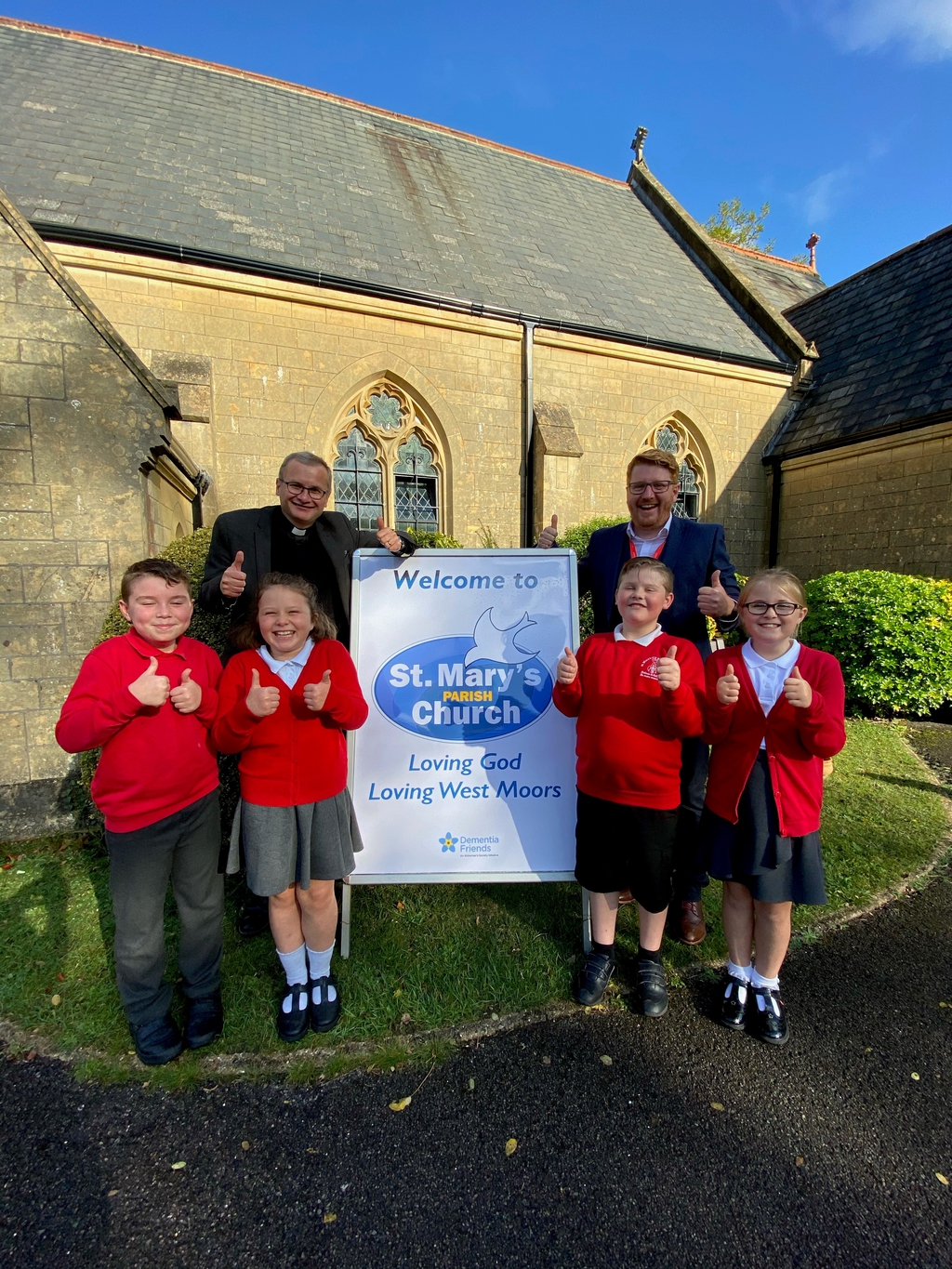 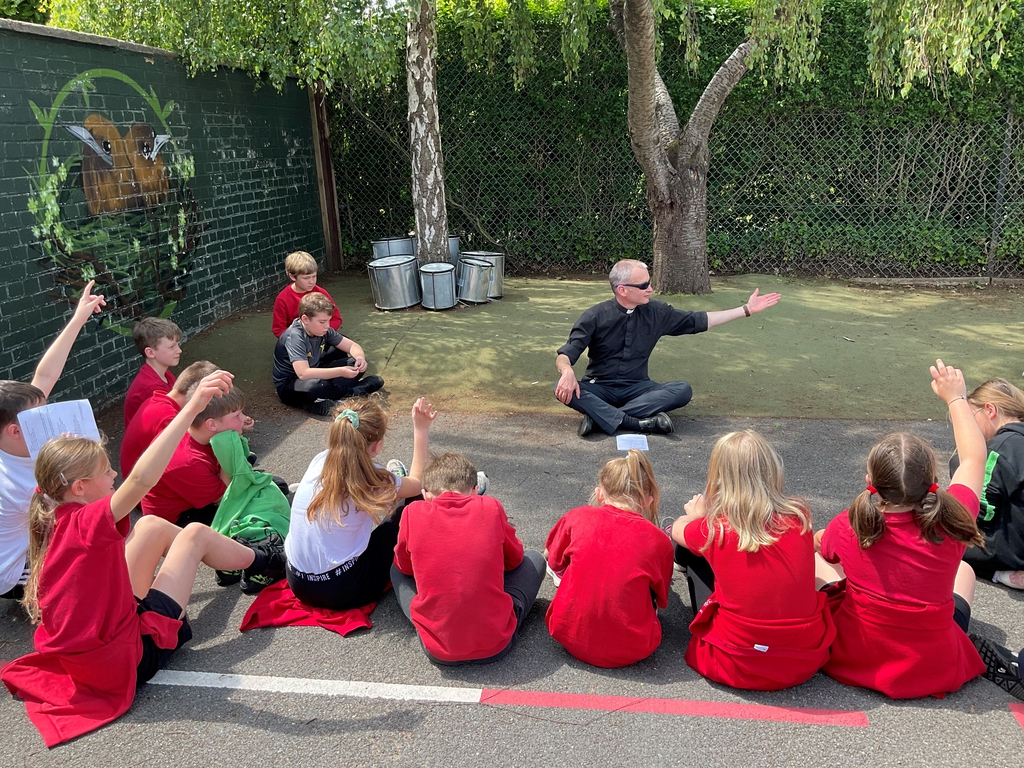 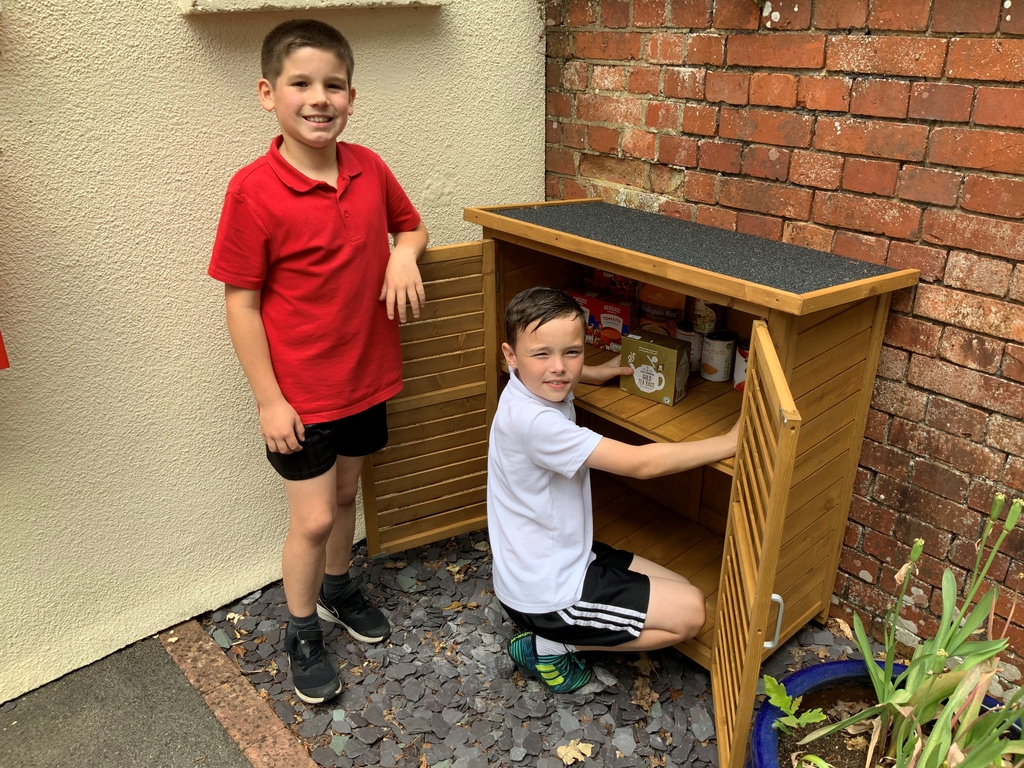 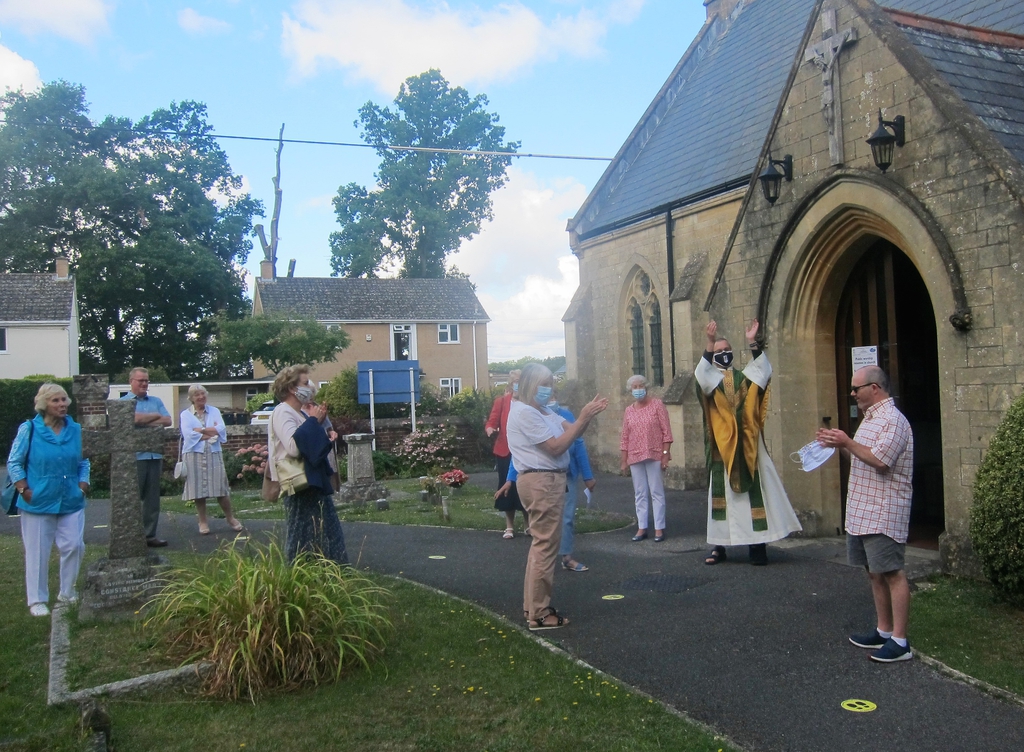 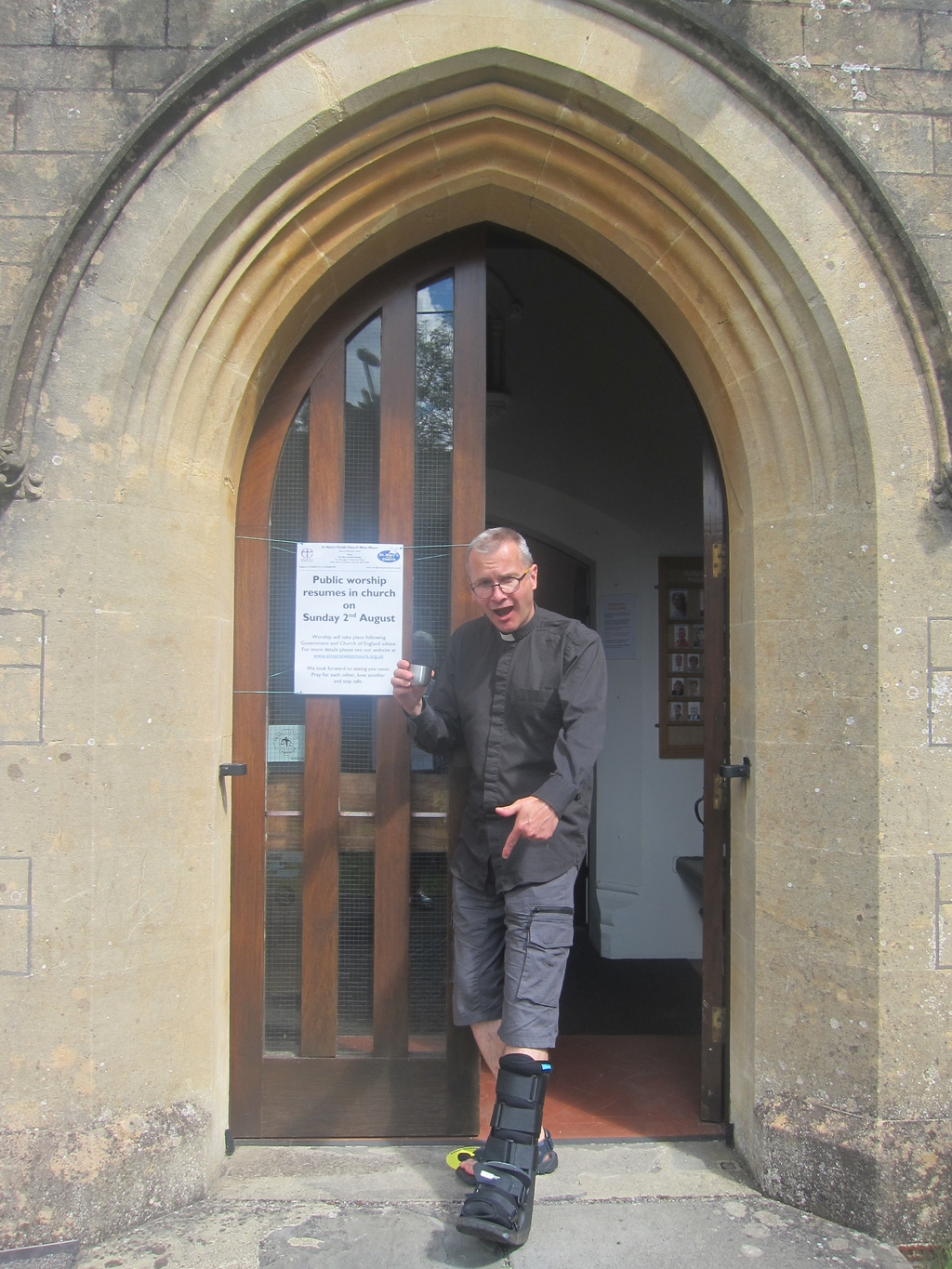 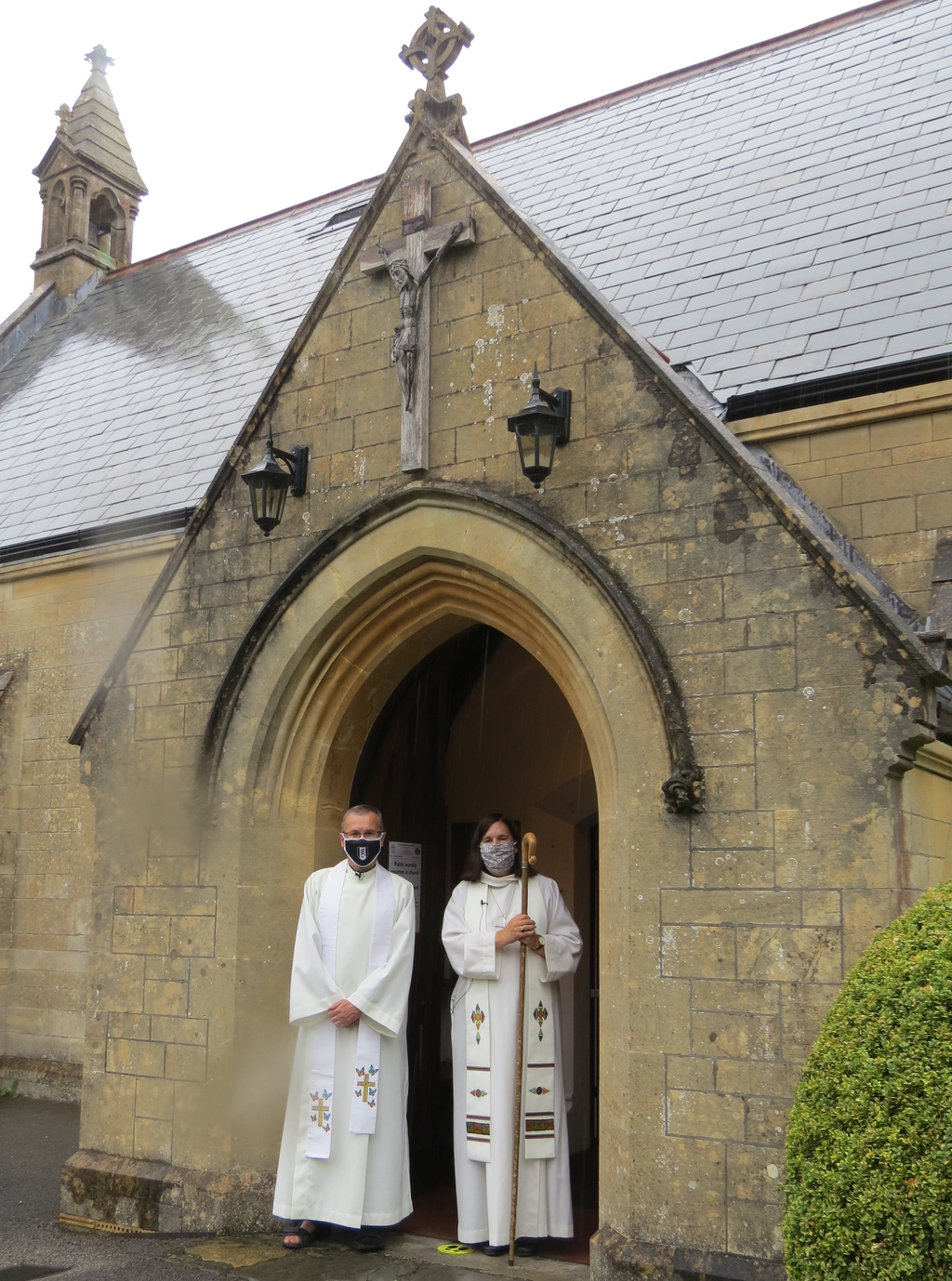 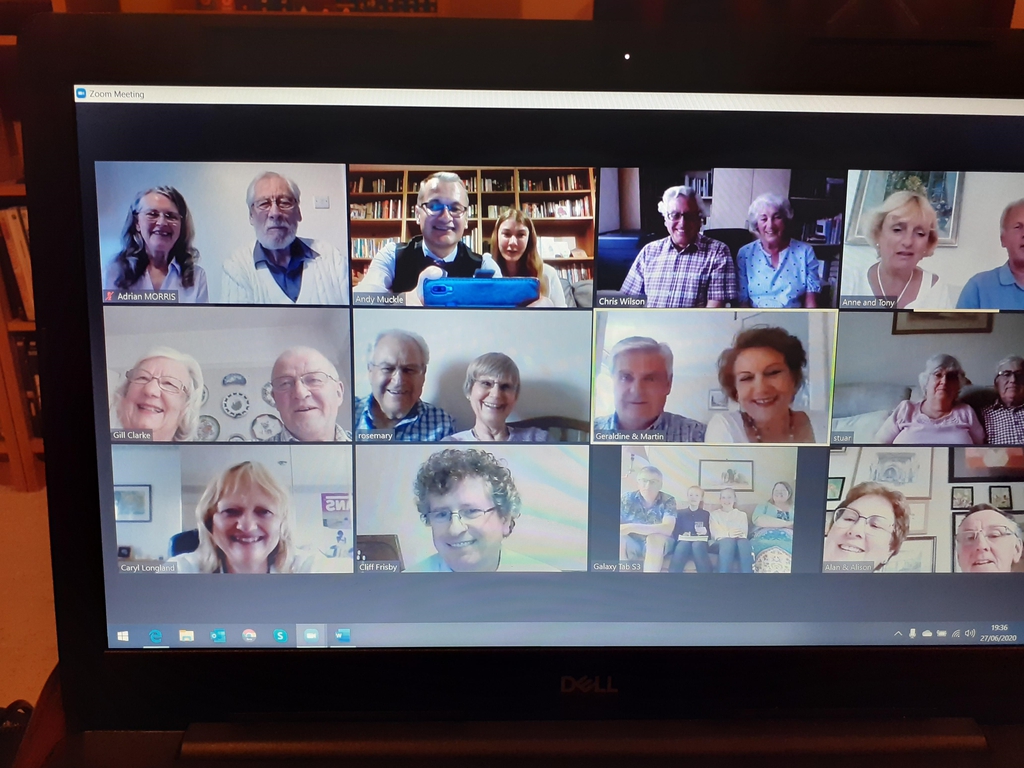 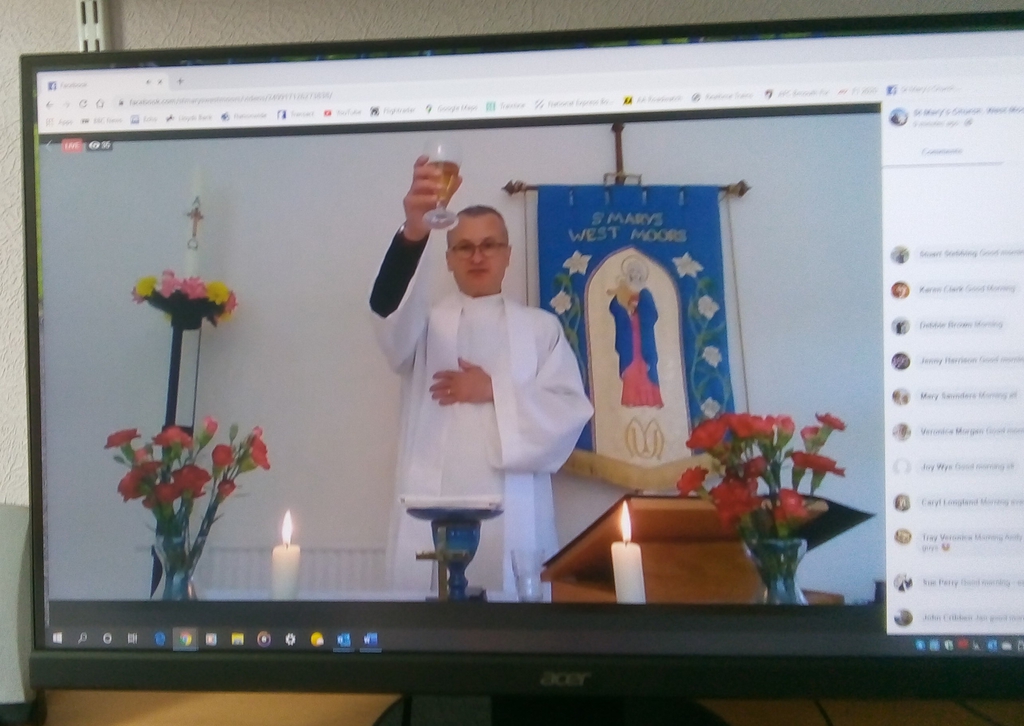 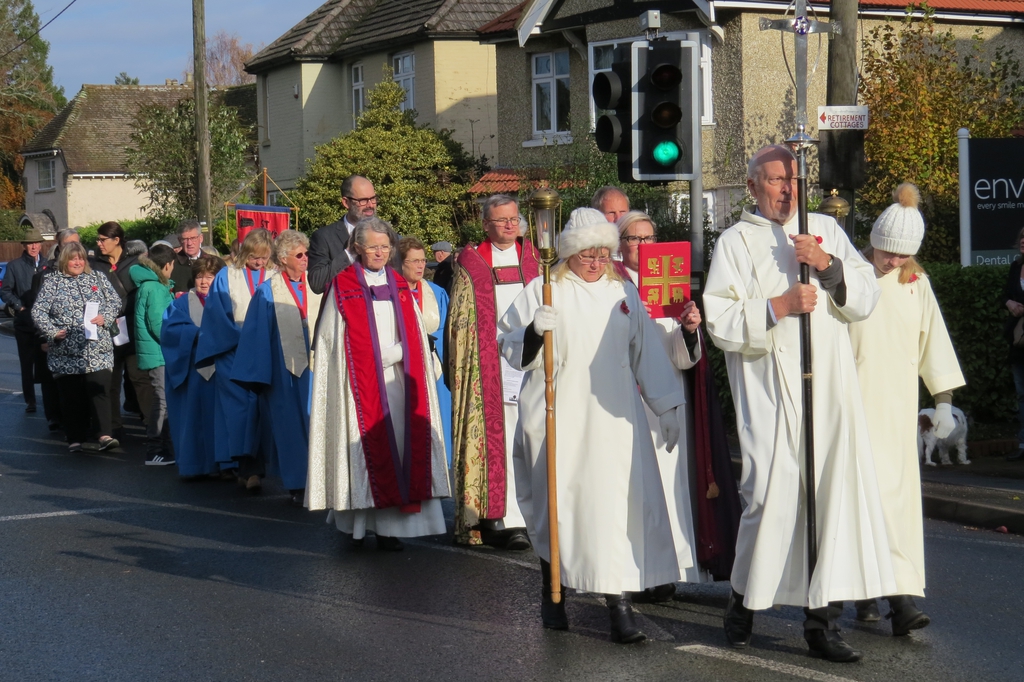 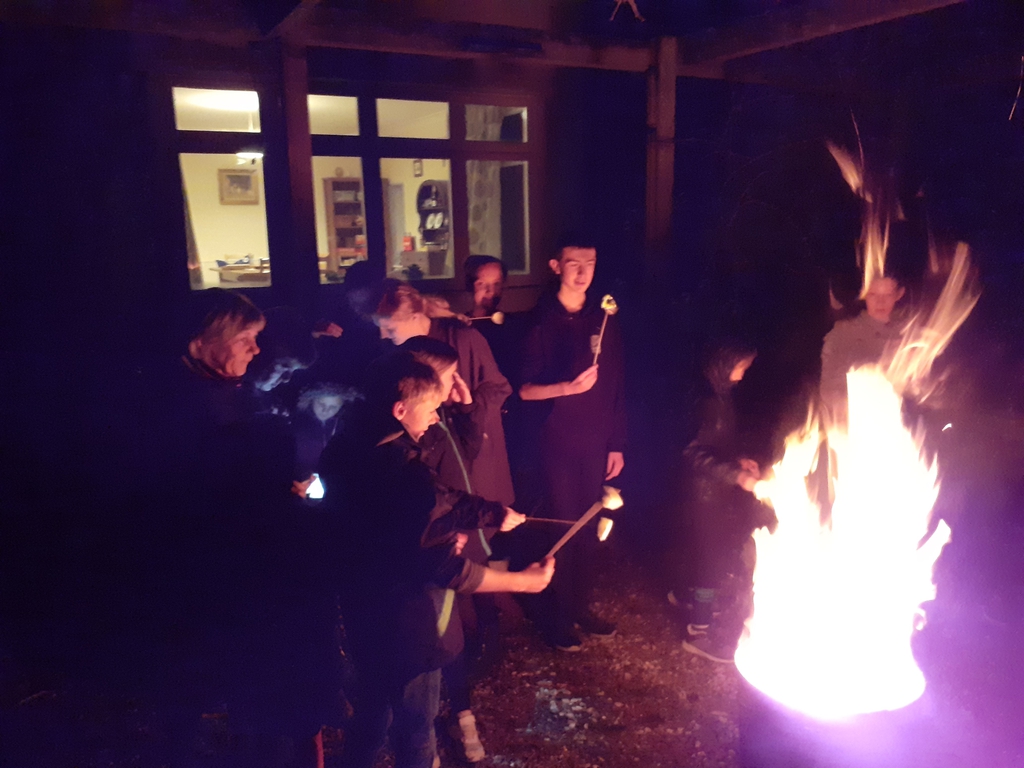 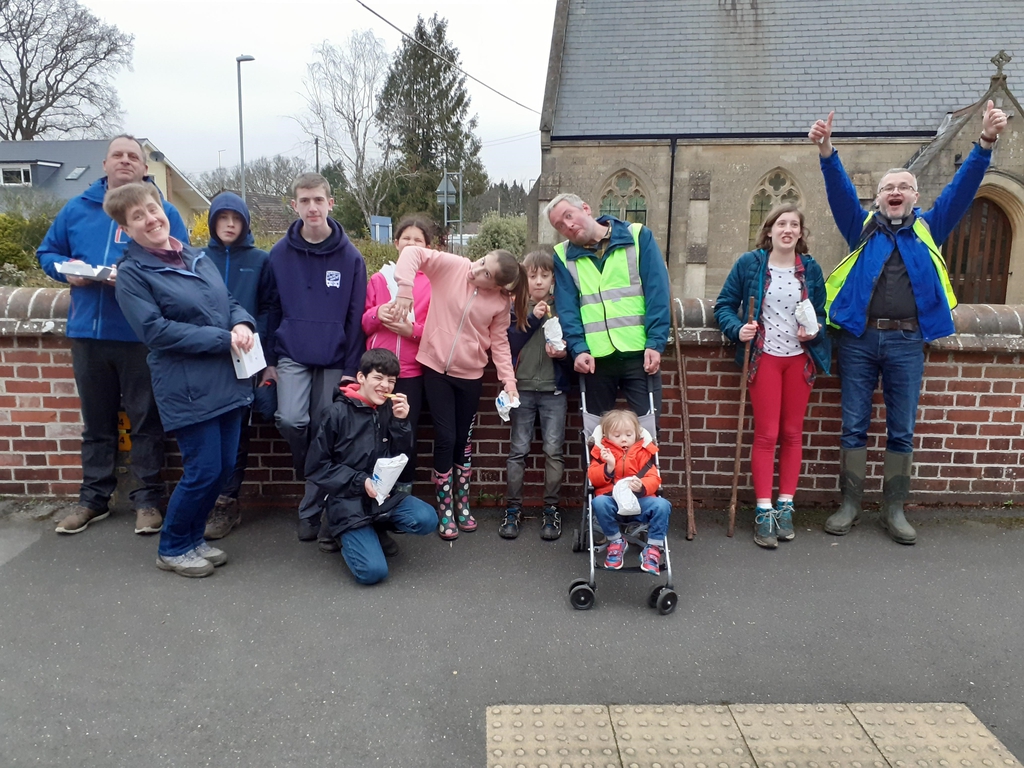 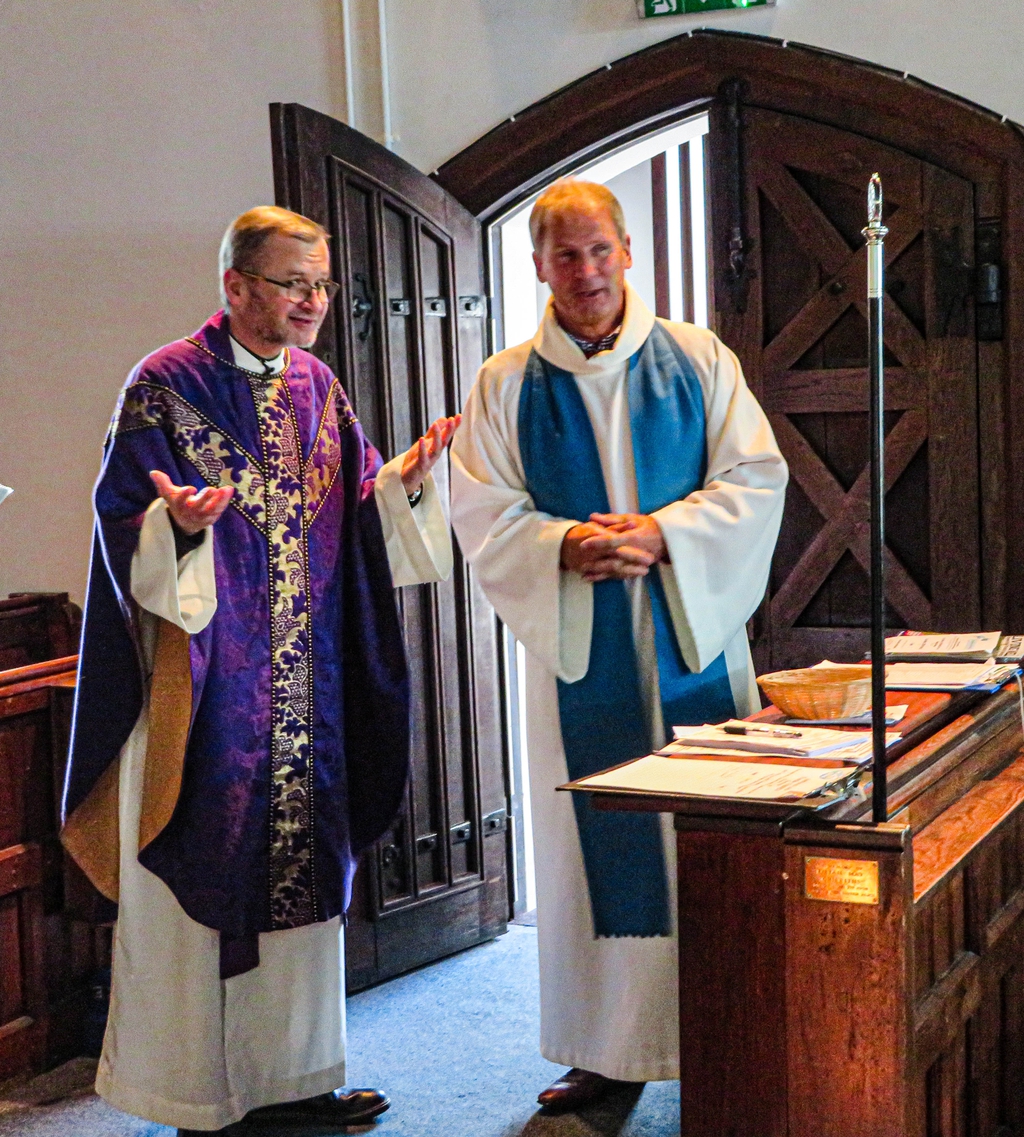 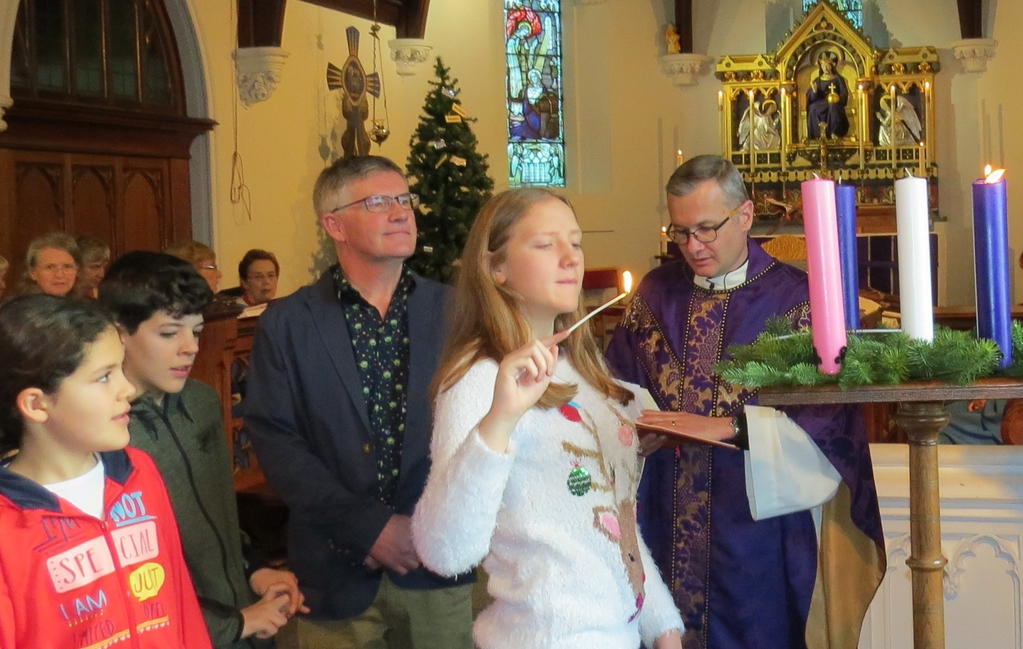 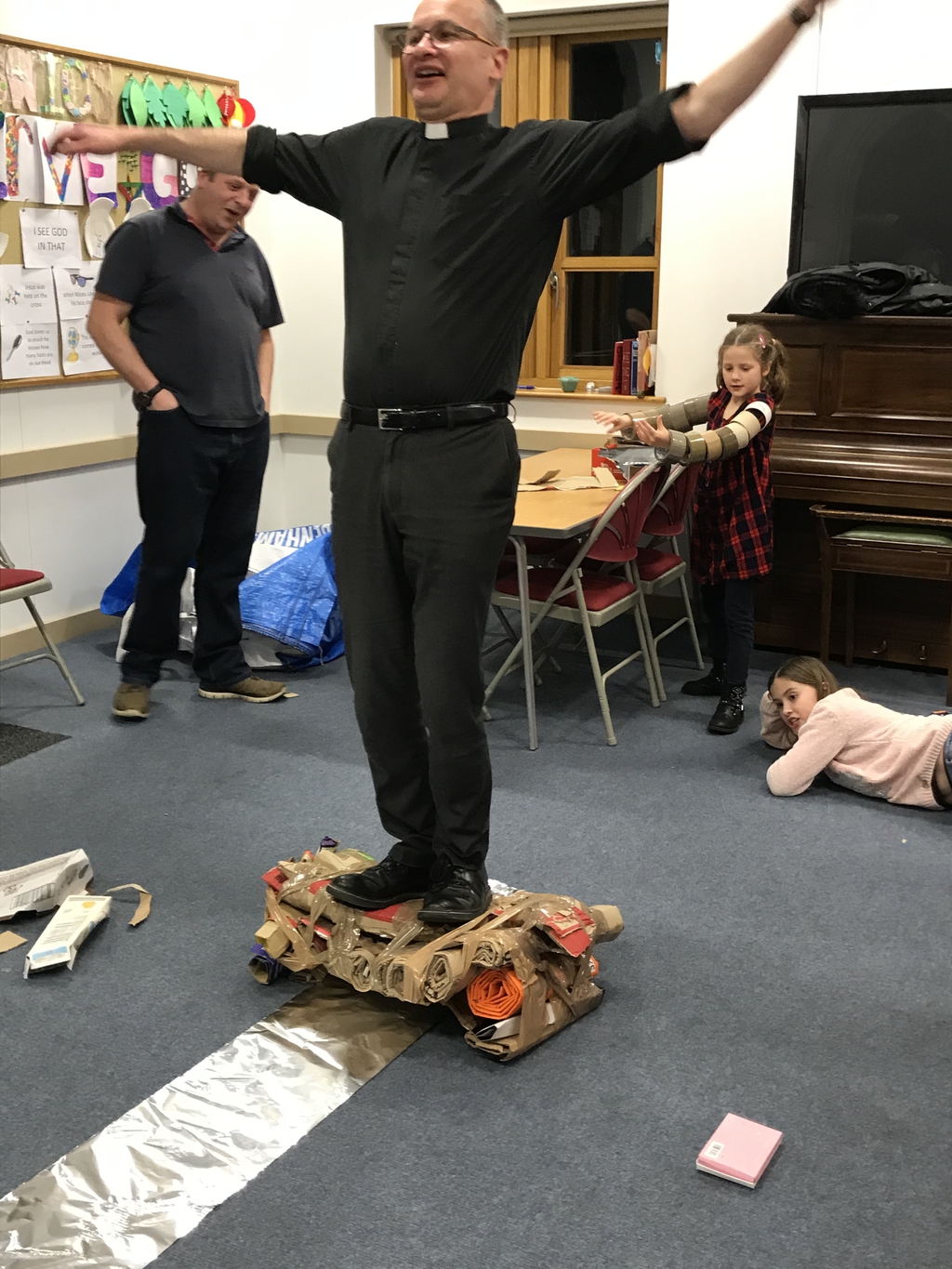 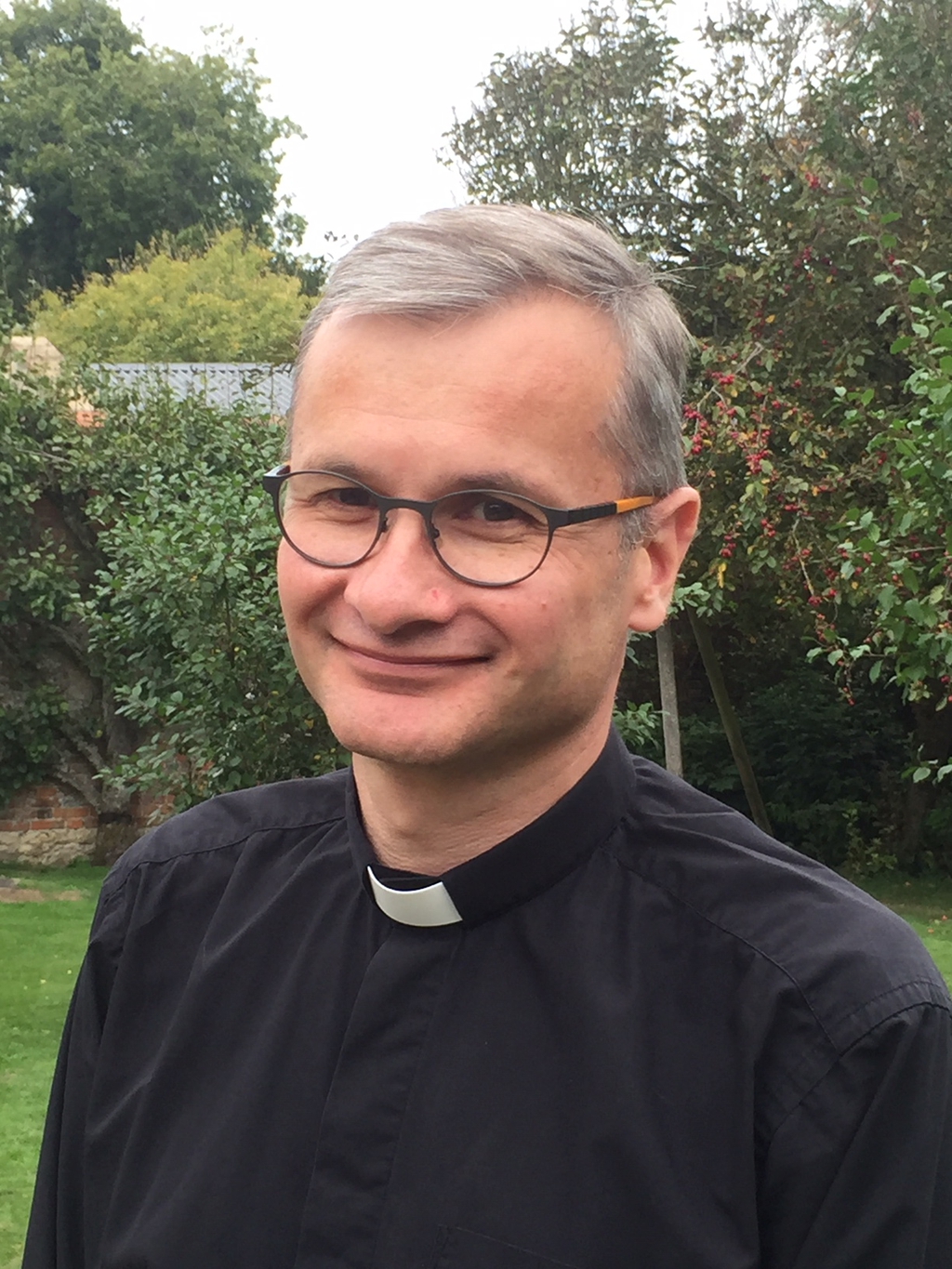 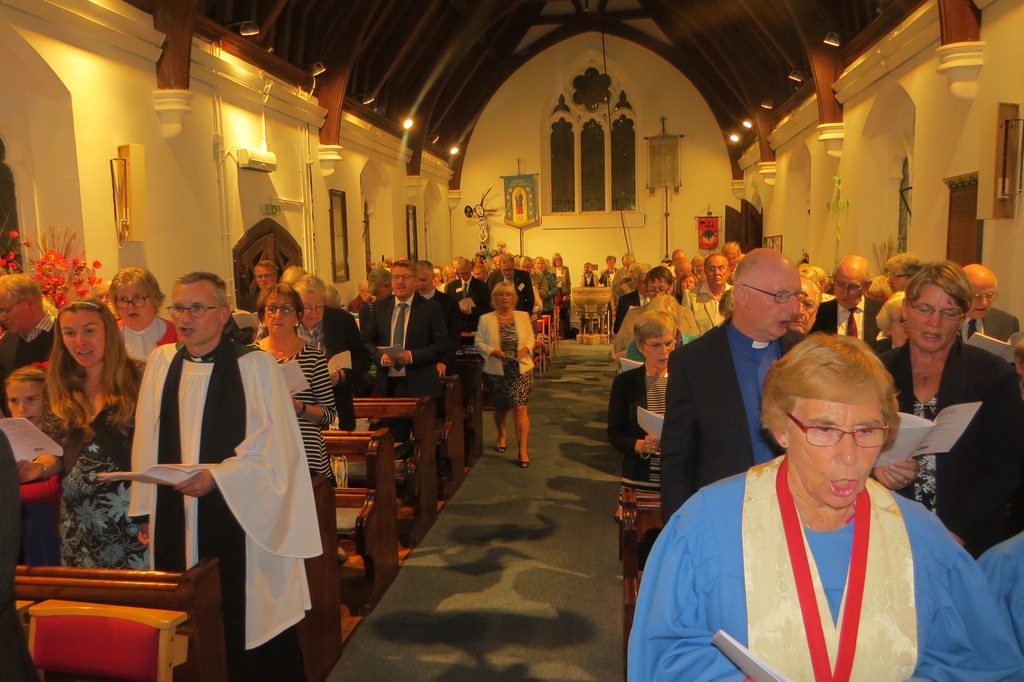 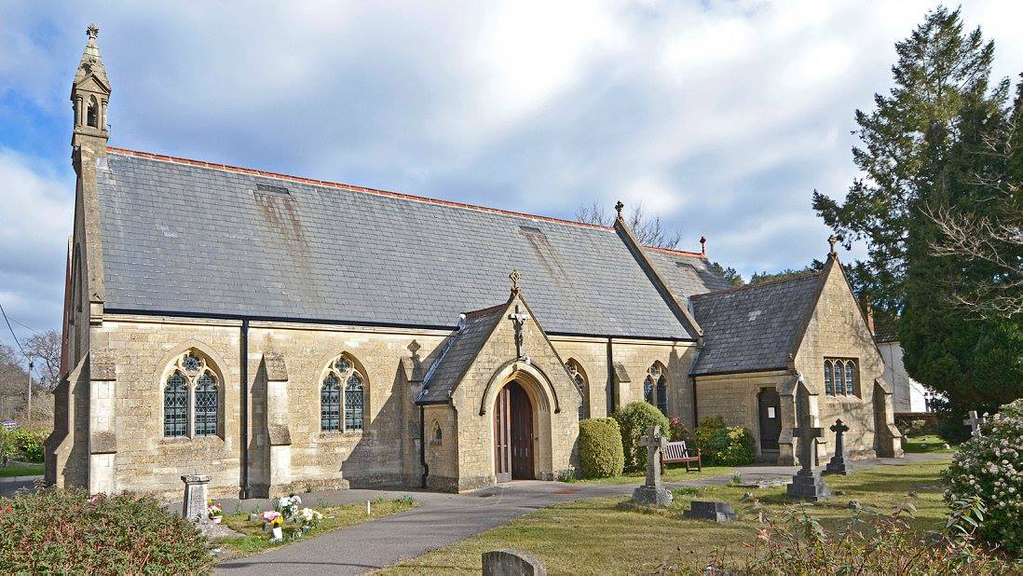 Everyone loves a wedding, do they not? Or maybe everyone loves the party afterwards! Last week we talked about the booze ups after baptisms and this week the partying of the season of Epiphany continues with the wonderful story of the wedding at Cana. It is a Gospel reading that seems to evoke a lot of memories in people of their own wedding, it certainly does with me. When Becky and I got married we organised the bun fight at the local football club where I was Secretary at the time, and we asked a lady we knew to organise the catering. Unfortunately, in the end she wasn’t able to do the day, so she passed us on to another firm which was fine, but let’s just say, they weren’t as generous with the supply of food as we expected. As good hosts of course, Becky and I let everyone else go to the food first and when we got there, well what can I say but it was like there had been a Biblical plaque of locust. We just looked at empty platters adorned with the odd sprig of lettuce or garnish. Our wedding feast was romantically sharing half a sausage roll and a slice of cucumber! So, I have a lot of empathy with the feelings of the family at Cana as they watched the wine run out. But of course, they had Jesus there to perform the first of his signs and turn water into wine. Or to be controversial this morning to ask…did he?

John doesn’t use the word ‘miracle’ and I think that is deliberate, he uses more subtle language here, it is a sign, something we might define as an outward event that reflects an internal transformation. So, what was the sign that happened at Cana? Was it as simple as John records, that the water was turned into wine or was what actually happened more complex and more profound than that? Let’s hear the Gospel again…but with my interpretation …

It was the third day and Mary was at a wedding with Jesus and his disciples. The wine was flowing and then it wasn’t and despite the fact it was such a joyous occasion, people began to grumble. People shuffled disinterestedly past the food, the music dulled, and even good old Aunty Doris was looking a bit sad and miserable. Mary, being Mary, cast her eyes around the room and what she saw was rather than happiness, there was discontent and grumbling. Why couldn’t they just enjoy the day? Why did it need some cheap plonk to make people smile? ‘They have no wine’ she whispered to her son. Well Jesus didn’t seem too interested, but being a people watcher too, he saw their discontent and he trusted his mother’s heart. ‘Fill the jars with water’ he said to the servants, and they did, but boy was that hard work. Six jars, thirty gallons each, that took some drawing from the well, but they did it because this Jesus bloke had something about him that compelled you to do what he said. Eventually tired and exhausted they drew a cup out and took it to the steward. His face was a picture when he tasted it, and he called the bridegroom over. ‘Everyone usually ends the party with cheap plonk, but not you, you have kept the really good stuff till last.’ And they passed the drink around, and everyone drunk deeply, and started to chatter with each other again, people started to smile, not because they were drunk, but because they forgot the wine and remembered each other. You see what they were drinking was water, and that water tasted great, because it was water, and that party was great because it was a party. Jesus did this, the first of his signs of how life could be transformed, in Cana of Galilee, and revealed his glory.

I would like to suggest to you this morning that water was turned into…water. For me in this reading, Mary is the character who piques my interest and who I am drawn to, because I think Mary is really perceptive. Her words to Jesus could have just been a simple observation that the wine was running out, but actually I think she perceived at that wedding something of what we might call the insufficiency of the human condition, and what I mean by that is, that at times we don’t see the blessings around us. Think about that story, there were all these people at a wedding, a time of incredible joy and celebration and yet what became the focus was not the love of the bride and groom, the joy of being with friends and family, but worries about lack of wine. Yes, I am saying running out of wine doesn’t matter! Maybe that sense of insufficiency is a natural part of the human psyche, that we can be a bit ‘glass half empty’ at times and think that our blessings have run out. We have a warm house but don’t like the colour of the kitchen, there are 74 different types of chocolate in Sainsburys, but they have run out of Snickers Crisps. Fulham have gone top of the table, but they are bound to lose on Tuesday night.

It is a question for us, do we see the blessings around us? The sign that Jesus did at Cana, was not in what happened in those jars, it was the change that Jesus brought about in people’s hearts, as he led them on a journey of transformation from insufficiency to contentment. When the steward sipped the ‘good stuff’ like a New Testament version of Jilly Goolden (if you remember her) I wonder if what he tasted was water, but actually that didn’t matter in the slightest, because what mattered was that people started to find the blessings, not in a bottle, but in the ordinary and the beautiful of all that was around them…the people they wanted to spend time with, the love that the bride and the bridegroom had for each other, the joy, and the dancing. As the people forgot the wine and remembered each other, Jesus revealed his true glory, because to be honest I think it would have been much harder to change people’s hearts than it would have been to change the water into wine.

That was the miracle and that is where we find the Epiphany in this story, it is in the deeply symbolic revelation of the transformation that Jesus can bring in our lives as we rediscover our blessings. The wedding feast is a consistent image throughout the Bible and in the Revelation to St John we, as the church, are called the bride of Christ. We are drawn into a marriage, a relationship with Christ, where we experience the true joy of the wedding feast, and it is in a relationship that transforms our sorrow into joy, our mourning into dancing, and where we begin to see that the glass in our hand is not half empty but brimming over with the blessings and joy of the ordinariness of life.

Yet we all have glass half empty moments don’t we. As Becky would tell you, I often get Mondayitis on my day off, because I suppose that’s when the week catches up with me, I am tired, a bit low coming down after the high of Sunday and the joy of spending time with you all, and more often than not I feel a bit on the edge of a cold and have a certain lack of energy. This last Monday was no different but on Tuesday it struck me sitting there at 6 o’clock in the morning in my chair thinking about today’s Gospel reading and with a cup of coffee at hand, that I just felt normal. It was a joy to feel normal, just normal, living, breathing, with energy and ready for the day ahead. The revelation I had was that it was just such a blessing to be alive.

So, where is your glass half empty at the moment? Are there parts of your life where the joy of the water has been a little lost, and the blessings maybe a little forgotten. Can you today see the water for what it is, not wonder why the wine isn’t there? Because in Jesus that water is the best wine.

And may that always be so