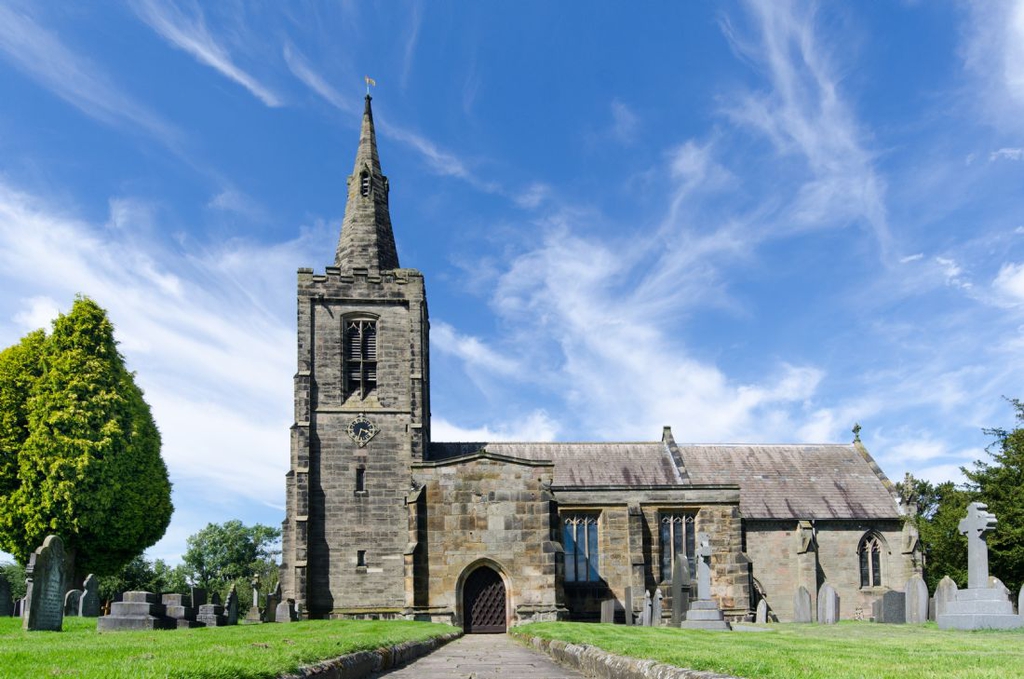 The outstanding items of work list that was included in our last update is now largely completed. There are some exceptions where work is ongoing and these are noted below.

Following some issues with the design of the restraint scaffolds which have now been resolved, the scaffolders are finally back on site.  They are currently erecting the nave/chancel wall restraint scaffold.  Once this is complete, this will only leave the temporary bridge to the working platform to the north of the church.  They should have these completed by early next week.

John Taylor & Co. have been on site this week to remove the bells from the tower.  This process was complicated slightly by the original floor hatch to the bell chamber being obstructed by a large structural timber that appears to have been installed as a strengthening measure at some point in the past.  This meant that the bell hangers had to form a new hatch through which the bells could be lowered.  This required an Interim Faculty to be obtained which the Registrar and Chancellor provided in very short time frame for which we are grateful.  The bells have now been removed and relocated to John Taylor & Co.’s storage facility where they will remain until the time comes to rehang them.

Unfortunately, we had to delay the removal of the clock in order to get the necessary permissions in place.  This has now been done and the clock removal is scheduled for Saturday 7th August.

The timber identification specialists were also on site this week taking core samples from the aisle, nave and chancel roof timbers.  They will now process the samples and report on the timber species and age of the timber to allow us to complete our design of the aisle roofs using the correct species of timber.  They will need to return to sample timber from the bell frame.

We were able to access the basement boiler room for the first time in a while following the pumping out of standing water.  The vaulted arch roof/ground floor structure appeared to be in a reasonable condition however it was clear that the moist atmosphere is causing some issues.  We have instructed Buildzone to install some temporary props to the arch as a precaution due to the imminent installation of the scaffold above.  The southern end of the west wall was particularly badly affected by damp.  Closer inspection identified an entrance to a duct/passage of approx. 400mm in width which has been bricked up at some point in the past.  Holes in the brickwork revealed a void running in the east-west orientation with a brick vaulted arch at its head.  There was no heating pipework apparently running through this duct therefore the purpose of this void was unclear (possibly a coal bunker from a previous heating system?).  If anybody has any further information on this it would be appreciated.

Buildzone have now installed to the upgraded protective enclosure to the Mundy Tomb.

Hirst have completed their inspection of the remaining fixed artefacts and we are awaiting their report.  This is expected on 20th July.

We have asked for a quotation from Wessex Archaeology for an update to their report as requested by Historic England. We expect this by early next week.

Once we receive the report from the timber specialist confirming the species of the timber, we will be able to complete the design work.  We hope to receive their report within the next two weeks.

We currently have enquiries out with a number of companies to provide assistance in assessing the damage to the stonework.  Once, we have responses to all the enquires we will be forwarding our recommendations.  We are also liaising with the project architect to bring them up to speed on the project and we have a site meeting booked on 29th July.  We are hoping to get a design team meeting (DTM) in the diary in early August.