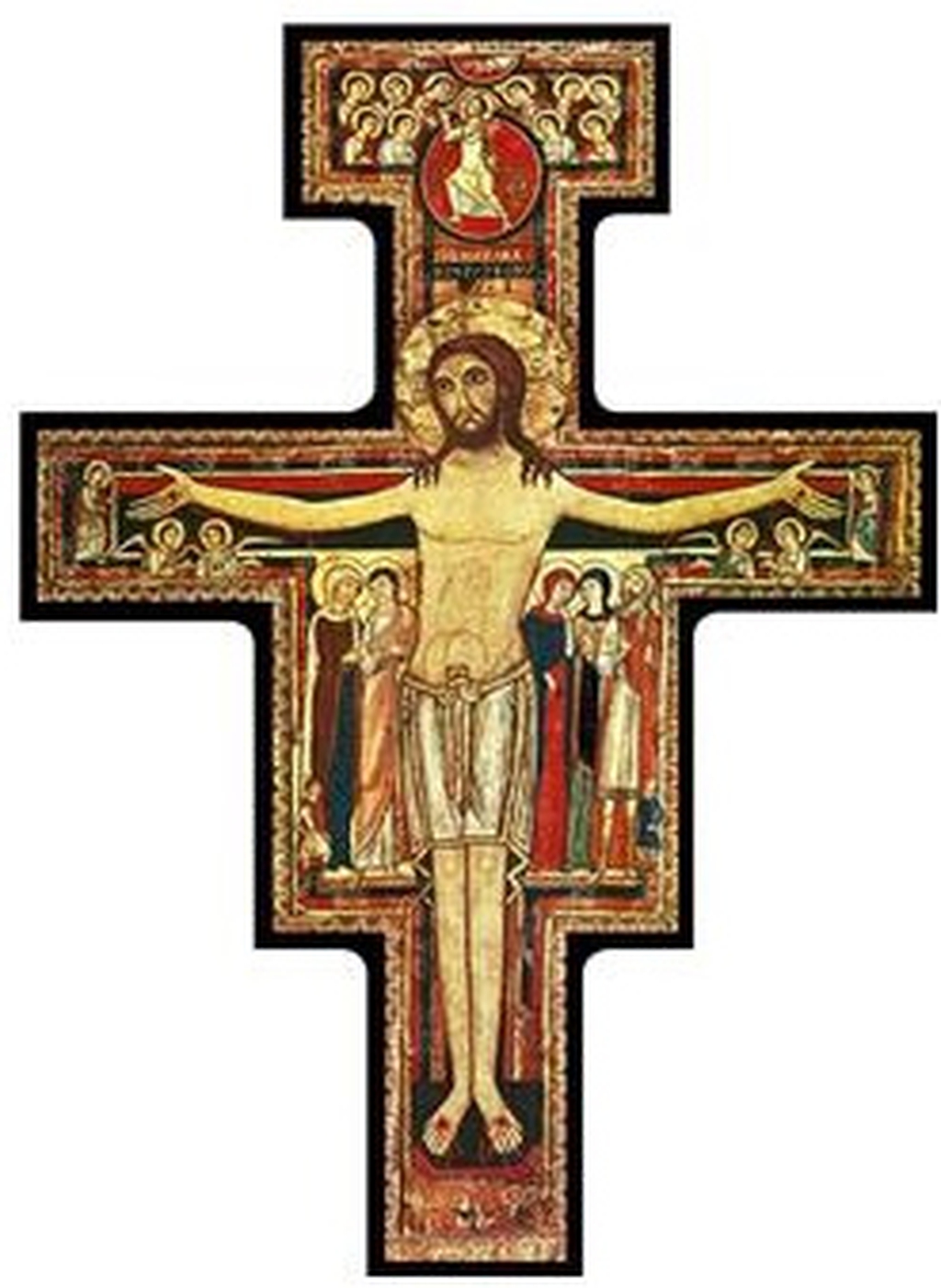 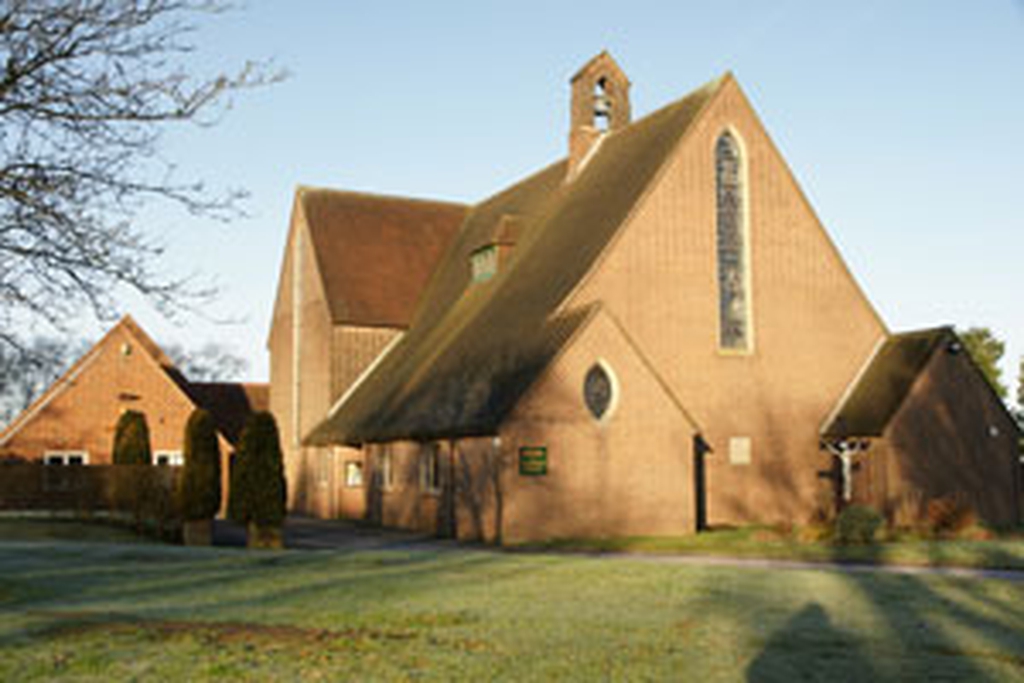 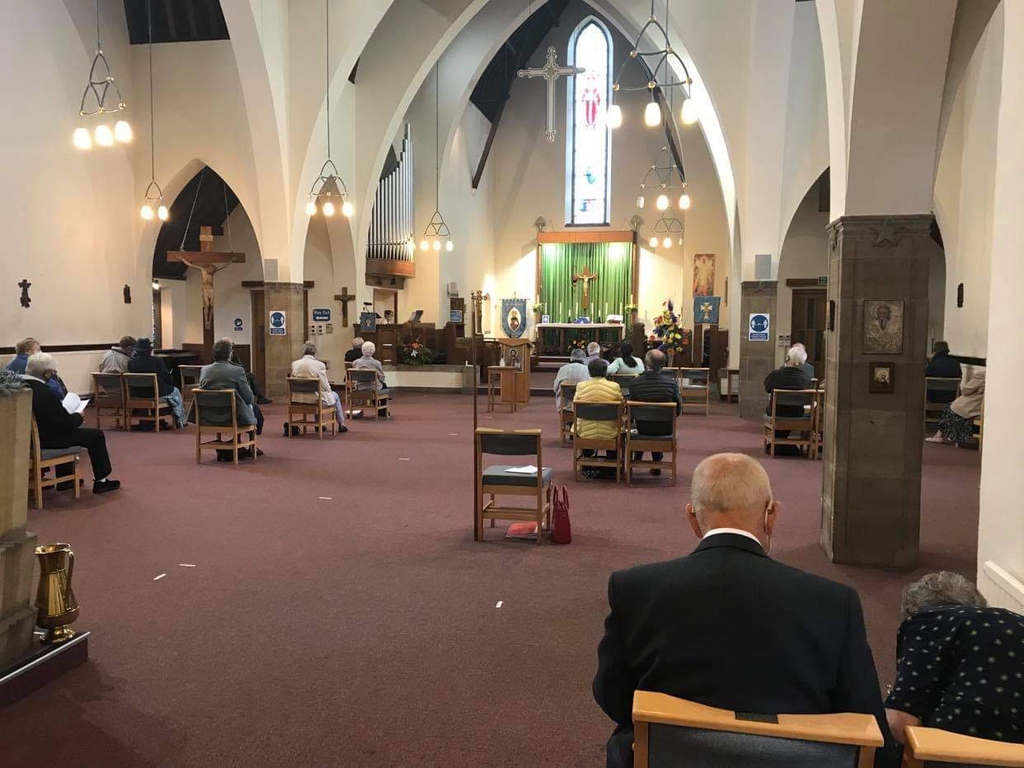 Reflection for the Annunciation

Nine months (only!) to Christmas! It is not even Easter and, soon enough, the shops will be starting their run-up to the ‘festive season’, desperate for us all to splash out our cash on the annual bonanza of presents. These days, it is perhaps easier to understand and sympathize with the retail sector’s desperation to drum up whatever business it can as early as possible as, in spite of Government promises, who knows if yet another lockdown may be imposed? They seem to be becoming a regular feature of modern life!

Excitement at the coming of Christmas starts early these days but, in a perverse way, this is a laudable thing! Whilst the greed of consumerism is to be deplored, properly directed excitement at the thought of Christmas is right and appropriate. On the 25th March, we celebrate the Feast of the Annunciation, the beginning of our salvation. On this day, we keep in our eternal memory the great thing which God has done for us. For all human history, the people of the world had lived, knowingly or unknowingly, in utter despair. Life was totally meaningless for, although they worshipped gods whom they might have thought were real, they were, in fact, at best only shadows of the Ultimate Reality behind the universe, as St Paul makes clear. Only in Judaism was there knowledge of the one, true, God – and even then, only an imperfect and incomplete knowledge. Yet it was through the Jewish people that the God’s complete self-revelation and our salvation was to come into the world!

God’s plan from all time was to bring about a reconciliation between himself and his sinful human creation and he chose to do this by means of a singular event. He selected a young Jewish girl from a remote village in the district of Galilee, part of a client ‘kingdom’ of the Roman Empire and asked her to become the mother of the child who was to make our salvation possible. He overcame the absolute divide between the God of Holiness and sinful humanity by electing for divinity to become united to humanity in the person of Jesus. The child, who was both divine and human, would effect a reconciliation between the two by means of uniting them in his own person and offering himself as a sacrifice on their behalf, enabling the enmity between God and humanity to be overcome and thus allowing humans to become, through incorporation into Christ by baptism, adopted children of God and hence sharers in the divine nature and inheritors of the Kingdom prepared for those who accept him.

Sending Gabriel the Archangel to Nazareth, God presented to her the choice which, albeit in a different form is given to all of us: to accept his will for our lives – or not. God always seeks our highest good and, despite what we may think and plan, knows where that good lies, both in terms of the human race and in terms of our individual good. Accepting God’s mission for her, Mary was allowing God to give her that thing which was the highest good both for her and for all humanity! In doing so, Mary was exercising that gift of free will with which we are all endowed. God forces no-one but does, in various ways, make clear where our good lies. It might be objected that, when confronted by an angel, who wouldn’t make the right choice, so that isn’t much of a free choice! However, God often makes his will known through supernatural means but people still, even then, refuse to accept it. The encounter with an angel was not something which was unique to Mary, or even to other people who crop up in the Bible! Many people throughout history, even today, have encountered angels who have come to give them a message from God. Very often, though, the recipients don’t believe they have encountered an angel, not least because as often as not the angel (or saint) does not make themselves visible, although a voice is heard. Sometimes that voice is heard only in the ‘head’ of the hearer; sometimes it is physically audible. In either case, there is the temptation to believe one has either imagined it or one is actually insane. However, the proof of its reality is that, if one heeds the voice, a promised good will occur whereas if one ignores the voice, the opposite will be the case. I am struggling to put this into words without being too specific, but the experience of so many people indicate the value of heeding such messages, although, of course, Paul cautions us to ‘test the spirits’, as not all such messages are from God.

Mary heeded the angel’s words and consented to become the Mother of God. It is through her ‘yes’ to God that we have the cause of the greatest possible rejoicing. Her Son has enabled us to share the life of God. No longer are we doomed to despair, crying out against the seemingly inexorable fate of the extinction of our existence, living in fear as we await the arrival of that ‘six am bus which disappears into the darkness’ – our inevitable physical death. Yes, we can still fear the event itself, for who would not fear the loss of all that is familiar, but we do not despair. Through his Resurrection that same Jesus has shown us that physical death is the gateway to eternal life – not merely the continuation of earthly life, with all its frustrations, pains, and limitations, but the absolute fullness of life without end, for it is a participation in the life of God himself! We do not yet know the exact nature of that life, but we have the assurance of Christ himself that is something of incomparable glory and wonder which shall never diminish or end.

It is through this wonderful event of the Annunciation, which we now joyfully celebrate, that all this comes to pass. Humanity, in the person of Mary, now comes to cooperate with God for the purpose of obtaining our redemption. Without Mary’s ‘yes’ to God our salvation and all that it entails, would not be possible. To realize it for ourselves, we need to do as Mary did and give our ‘yes’ to God, thus working with him to attain our individual place in the Kingdom. Mary’s cooperative ‘yes’ has opened the way for humanity – our individual ‘yes’ opens the way for each of us!

How do we give our ‘yes’ to God? It is not a once and for all event but continues throughout our lives. It starts by accepting God’s call to baptism, either through our parents or through our own decision. It continues throughout our lives by the living of the sacramental life and by obeying God’s commandments, made know to us through the Scripture and through the teachings of the Church, which is Christ’s Body in the world. And, God being aware of the nature of human frailty, there is always a way back when we fall and go our own way, through repentance, whereby we allow God to pick us up, we dust ourselves down and continue, even with faltering steps, along the narrow path which leads to eternal life.

The Feast of the Annunciation does not stand alone but is linked to the entire Christian faith. It marks the start of those events which secure our salvation and therefore deserves to be much more widely celebrated than it so often is. Rejoice, feast, and celebrate, for through this holy event God comes into the world!