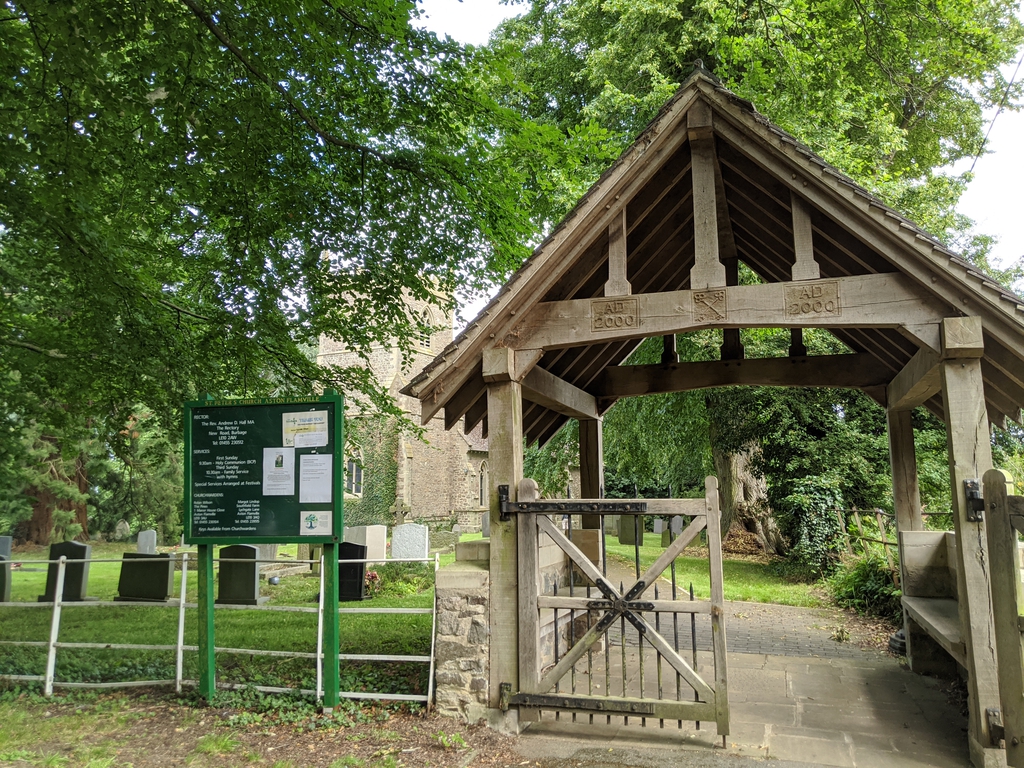 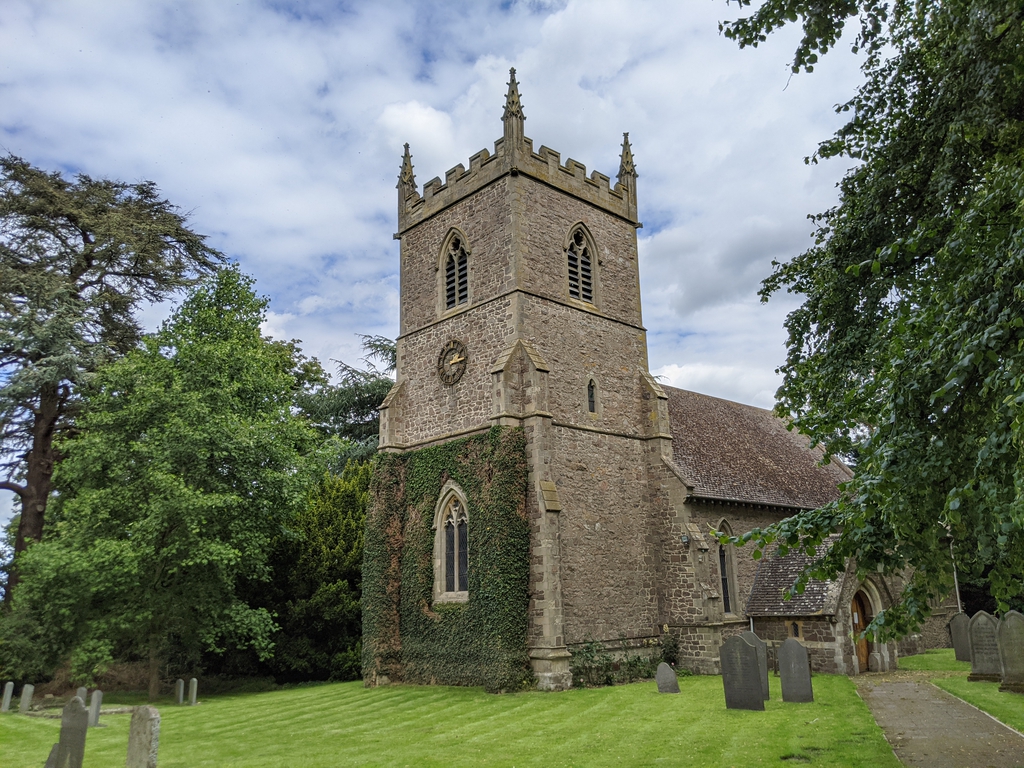 Jesus says, “Get behind me, Satan! For you are setting your mind not on divine things but on human things”, to Peter, which must have been a humiliating rebuke.

How much of your life is concentrated on worldly things rather than divine things? When you have lived a few years you accumulate so many things, and to be honest most of them are quite peripheral to our lives. During the past year, which clothes have you worn? There has been no need to dress up when the government tell us to stay at home for our own good and for the good of others, so we mooch around in our old but comfy clothes. Yet I expect all of you have got a pretty full wardrobe of clothes for all possible occasions.

Getting our priorities right is a problem for all of us. Most of us try our hardest to be unselfish and try to “Love our neighbour as ourselves”, but we fail pretty miserably, because of our inbuilt desire for security and our suspicion of people who are not quite like us – which, if you hadn't noticed, is the vast majority!

Jesus in our Gospel passage today is at the crossroads of his ministry. After his teaching, healing and miracles he tells the Disciples what it means to be the Messiah. “The Son of Man must undergo great suffering, and be rejected by the elders, the chief priests, and the scribes, and be killed, and after three days rise again”. Peter, my favourite disciple, openly rebuked Jesus, because Peter loved the Lord, and could not bear to think that anything like that should happen to Jesus. That was when Jesus replied “Get behind me, Satan! For you are setting your mind not on divine things but on human things”. Peter, as so often when following Jesus, gets it wrong, and I would say, “just like all of us”.

Jesus is trying to prepare the Disciples for the final act of his Messiahship in Jerusalem, when he knows that the Pharisees and the Chief Priests and Scribes will want him dead.

Messiah, means “appointed by God to deliver his people”, and the Jews basically were looking for a strong military leader with God's might behind him, to unite the Jews against the Roman Empire. Another King David, to return their country to what they thought it was like hundreds of years before.

Sometimes we have illusions today that someone will turn up as Britain's economic saviour, without realizing that our economic salvation comes from within us all, and the past cannot be relived. Jesus was doing his best to explain what true Messiahship was and how it was meant to fulfilled. He was delivering God's Kingdom for us all, but it was not a kingdom of our world but one of eternal life in the presence of his heavenly Father. He was not a Messiah who told people to take up their swords, but told them to take up their cross.

In 1979 I was exploring the possibility of ordination when I started to have serious doubts. The more senior members of our congregation may remember that it was the year that “The Life of Brian” by Monty Python was released. I was a great fan of Monty Python and there was a great outcry by religious leaders from many denominations saying that the film was blasphemous. I went to see it and thought that it was very funny. It was very satirical about organised religion, politics, the British class system and the public school system, but it was not critical of Jesus.

I really could not see what all the fuss was about and started to have misgivings, not about Jesus but about the Church. I did talk to one or two clergy about my thoughts and came to the conclusion that they were perhaps more worried about cynicism towards the Church than any blasphemy. That year there was a television debate between Malcolm Muggeridge and Mervyn Stockwood, the Bishop of Southwark on one side and John Cleese and Michael Palin on the other concerning the film. This led to Malcolm Muggeridge describing it as a ‘miserable little film’ which would soon be forgotten, since it was only ‘tenth rate’. Michael Palin said that they rejected the idea of doing a ‘Life of Jesus’, because the more they researched the topic, the more they realized that there was very little to ridicule in the life of Jesus himself. John Cleese criticised institutionalised religion that insulted his intelligence and must have realised that the publicity given by these two rather pompous men, was probably the best thing that could have happened for their box-office takings.

It was then that I almost changed my mind about possible ordination, but somehow God and one of his clergy talked me into seeing that a Church that was intolerant and pompous was still God's Church, and maybe I might change it just a little by being part of it.

It would take too long to describe the plot of film if you have avoided it over the last 42 years, but I believe it is not blasphemous, but it did highlight the Jewish desire for a messiah without seriously considering the consequences. A highlight of the film is Brian's mother (Terry Jones) telling the crowds to go away saying “He's not the messiah, he's a very naughty boy”. Brian's life runs parallel to that of Jesus, but all Brian wants is to get through life in a very confused world, and to be with Judith the woman he pursues throughout the story. If you have seen the film you will probably also remember the parody of 1970's left-wing politics when “What have the Roman's done for us” is debated. We are also left with the song, “Always look on the bright side of life”, which my brother-in-law, who was one of the most cheerful and funniest men I have known, chose for his funeral.

The Life of Brian is a very funny film, but I would not say that it gives any serious theological insights, however it includes great perspectives concerning human nature and society. It has been the subject of an academic debate at Kings College London in 2014, a book based on the conference and several academic papers. It is a film, which if made today, would probably be banned because of its portrayal of Pontius Pilate's speech impediment (he couldn't pronounce his “r”s), rather than any fun it has at the churches' expense.

We have the Gospel to tell us of Jesus's agony in taking the road of the cross to fulfil his Messiahship and we have Peter's confusion and Jesus's rebuke to consider today. Remember what following the true Messiah means – concentrate on the divine rather than worldly things.

I always like to include a joke in my sermons as you know, but I couldn't figure out how to include this one, but here it is anyway.

An old lady was being tailgated by a stressed out man on a busy road, when suddenly, the light turned amber, just in front of her. She did the right thing and stopped, even though she could have beaten the red light by accelerating through the crossroads.

The tailgating man hit the roof, and the horn, screaming in frustration as he missed his chance to get through the lights.

As he was still in mid-rant, he heard a tap on his window and looked up into the face of a very serious police officer. The officer ordered him to exit his car with his hands up. He took him to the police station where he was searched, finger printed, photographed, and placed in a holding cell.

After several hours, a policeman approached the cell and opened the door. He was escorted back to the booking desk where the arresting officer was waiting with his personal effects.

He said, I'm very sorry for this mistake sir. “You see, I pulled up behind your car while you were blowing your horn, giving rude gestures at the old lady in front of you, and shouting obscenities at her. I noticed the 'Jesus Loves You' sticker in the rear windscreen, the 'Love Your Neighbour As Yourself?' bumper sticker, the 'Be At Church This Sunday' bumper sticker, and the chrome-plated Christian fish emblem on the boot.”

“Naturally, I assumed you had stolen the car.”