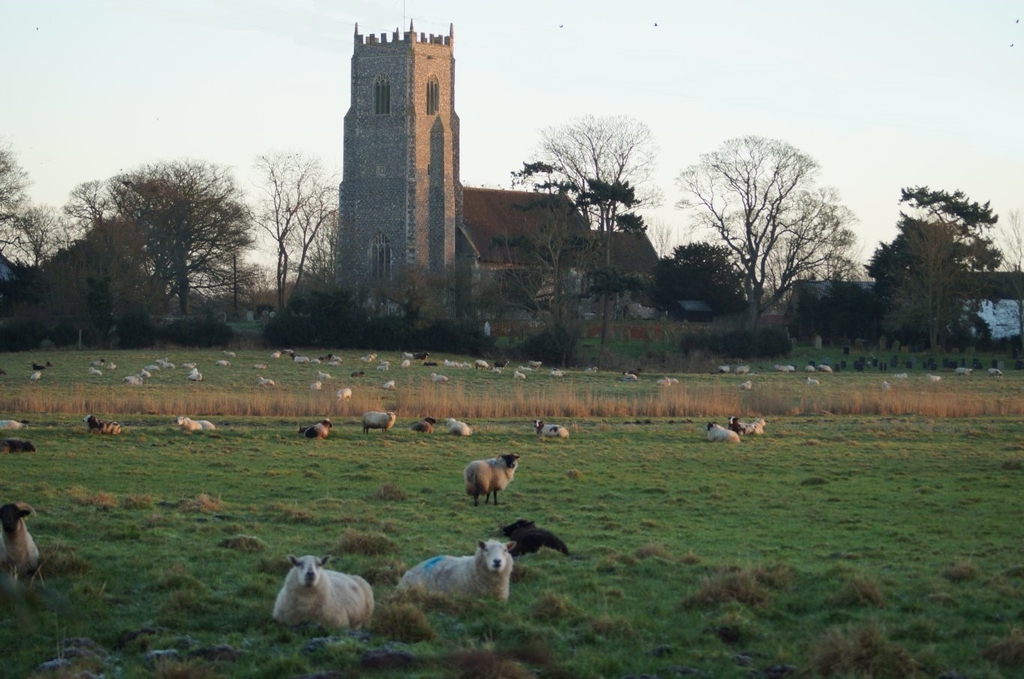 Reedham: St John the Baptist
Services and events
News and notices
About us
Find us
Church Road Reedham
Get in touch
01493 750393
Facilities
More information
Edit this Church
Church of England Diocese of Norwich Reedham

Surrounded by marshland rich in bird and animal life, the church stands to the north east of the village. Reedham is one of the oldest recorded religious establishments in Norfolk – records show that a church, founded by Bishop Felix of Dunwich, has stood on this site since the 7th century. The north wall of the present building is thought to be the earliest existing part of the church, possibly built in around the 11th Century. Part of the wall is exposed showing a herring bone pattern of reused Roman tiles; the exterior of the church reuses grey stone blocks, almost certainly also Roman. Further archaeology is exploring where all this material came from; the stone matches that used at Brancaster Roman fort and it seems extremely likely there was once a large Roman structure here also.

Every Second, Fourth Sunday at 11 a.m. for 1hr
Add to my calendar

Every second and fourth Sunday we hold a Communion Service at St. John the Baptist - on the 2nd Sunday refreshments are offered following the service.