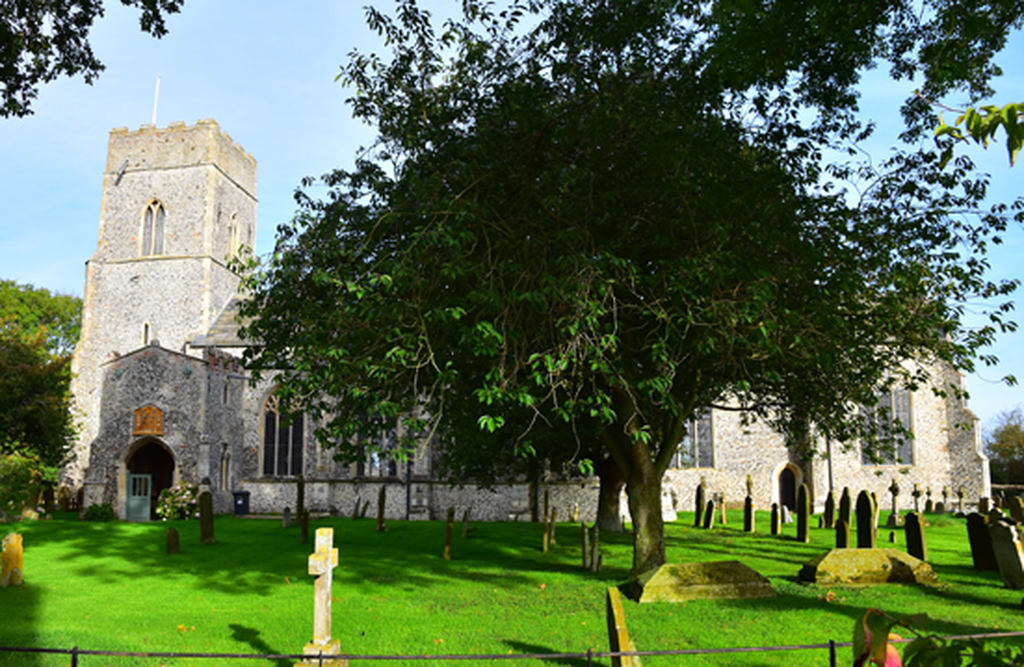 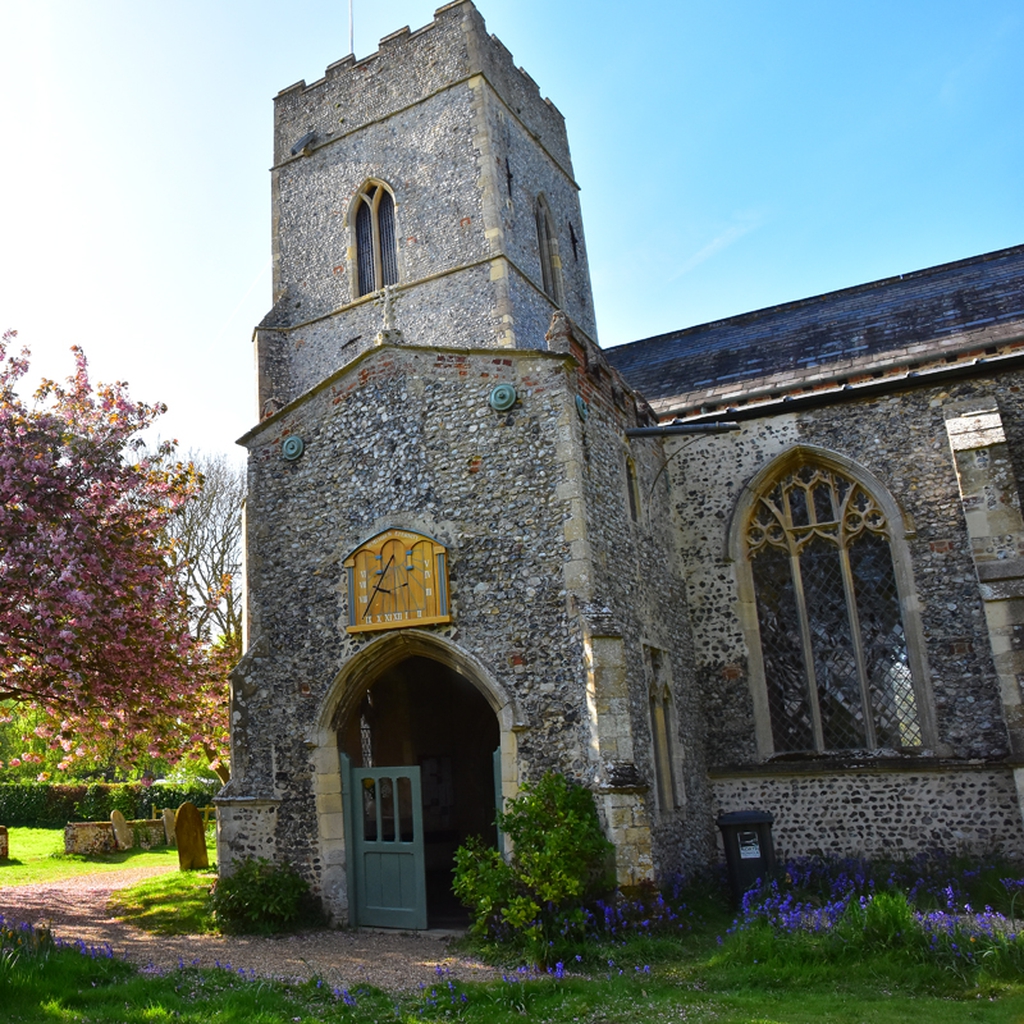 Catfield: All Saints
Services and events
News and notices
About us
Safeguarding
Find us
School Road Catfield Great Yarmouth
Get in touch
01692 678842
Facilities
More information
Social
Edit this Church

All Saints is a typical Norfolk parish church; built of flint in the Middle Ages, with a square west-end tower containing six bells, a nave with two aisles, a chancel, a porch with a parvise (room above). It was largely built in the late fourteenth century although the tower may be older, while the chancel and porch are fifteenth century. It has a rood screen between the nave and chancel with sixteen royal saints painted on in the fifteenth century; the arcades have faint medieval paintings discovered in the 1840s underneath the whitewash.