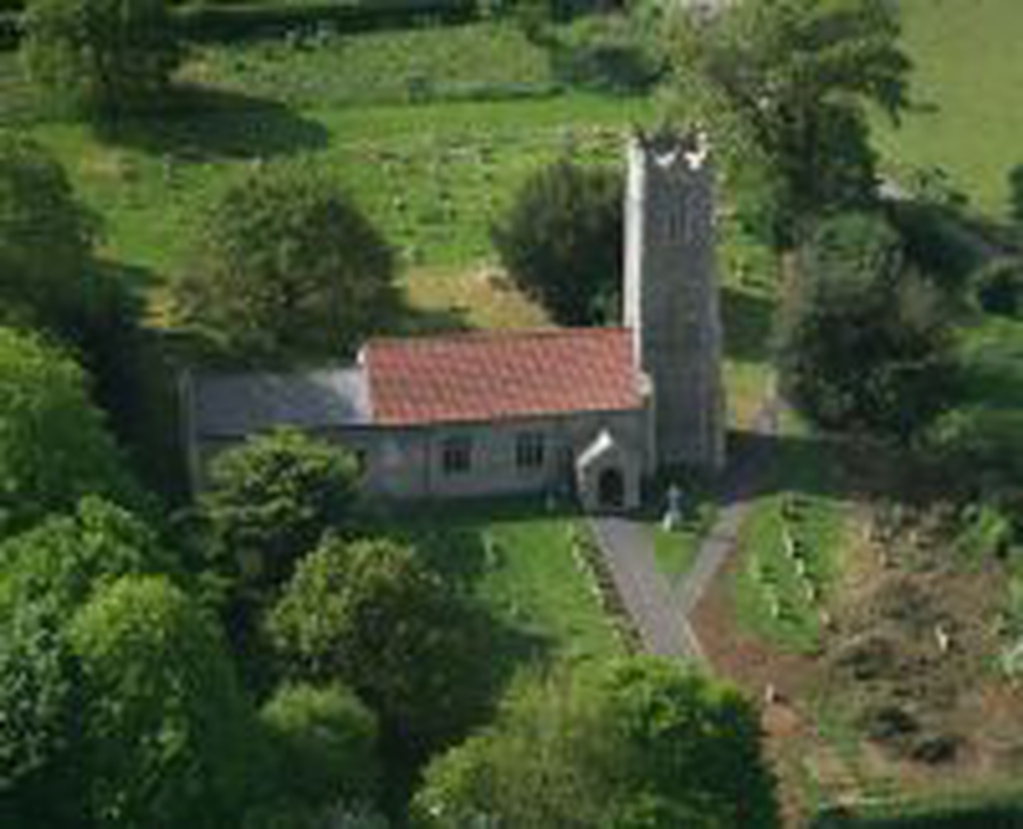 The year 2007 was an important one for the Parish Church of St Peters in Strumpshaw for two reasons.

Firstly we celebrated the 750th anniversary of the institution of the first incumbent of the church in 1257 and the fact that our church has stood both spiritually and physically in the centre of our village since that time.

Secondly we celebrated the installation of the new roof to the nave which has been provided through the efforts of the current generation of parishioners. We hope the new structure will stand us in good stead for many generations to come.

History of Our Church

The earliest dateable features belong to this time, although the church was taxed in the Norwich Taxation list of 1254 and almost certainly existed for centuries before that. So far as is known, the early English church consisted of nave and chancel only, and was probably the result of the restructuring of a previous building, perhaps in the late 1270s or early 1280s. The nave and chancel as they stand at present belong to this time, including the windows and the priest’s door in the chancel, the north door of the nave and the remains of a matching south door opposite. The piscina is the showpiece of this era. A part of the contemporary font was found among the debris filling the banner stave locker when the latter was rediscovered in 1893, and can now be seen embedded at the foot of the locker.

A great deal of aggrandisement was carried out at this time to the small plain Early English church. The walls of both nave and chancel were heightened: the nave by as much as six feet. The nave fenestration was brought up to date with large square headed perpendicular windows. The tall and impressive west tower was built and a large west window and high arch into the nave ensured even more light to dramatise the effect of the new rood, the great crucifix with its life-size figure of Christ, suspended above the intricately carved and painted woodwork of the loft and screen. A three-sided half turret, of which the base can still be seen, was built against the exterior of the north wall to house the rood stair which gave access to the loft. Some time after the destruction of the rood and loft at the Reformation, this turret was removed and it is no longer possible to climb the stairs.
The 19th Century
Victorian

Early in the 19th century it became necessary to re-roof the church. The state of the previous thatched roof is made clear in the churchwarden’s accounts by the recurring thatcher’s bills. It was then decided, no doubt for reason of convenience and economy, to replace the two separate roofs of the chancel and nave with a single structure. In order to do so, the nave walls were reduced to the height of those of the chancel. Added to this, the pitch of the new roof was much shallower than that of the old. The line of the earlier roof was seen against the east face of the tower. The result of this work was to give the church ‘a curiously rigid appearance’ (Pevsner – Churches of Norfolk) and to spoil the balance between the tower and the rest of the church so skillfully provided by the 15th century designer. Perhaps the greatest loss was that, inside the church, the top of the tall tower arch was obscured by the modern ceiling. This has been remedied by the new roof. Much of the furniture also belongs to the 19th century, including the pulpit, the communion rail, the organ and the benches.