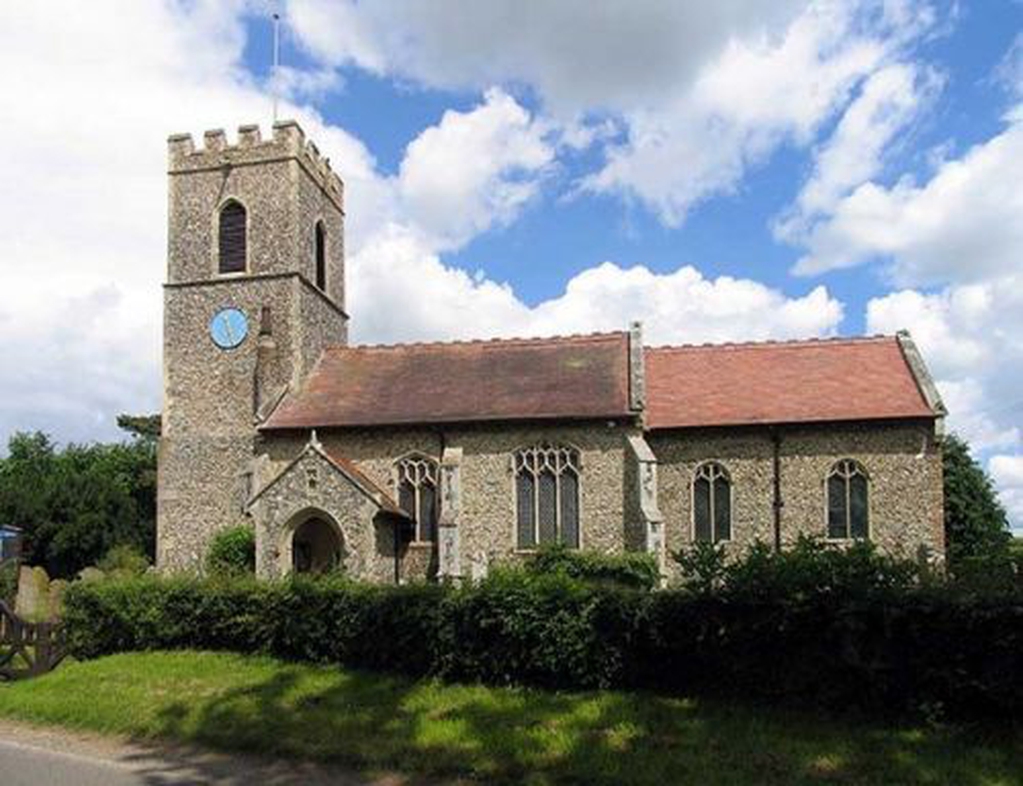 Wreningham : All Saints
Services and events
News and notices
About us
Safeguarding
Find us
Church Road, Wreningham Wreningham Norwich
Get in touch
01953 788227
Facilities
More information
Edit this Church

The oldest part of the church is the base of the tower which is 13th century the chancel dates from the 14th century, the nave from the 15th century. The church was restored and the tower rebuilt in the middle of the 19th century after the tower collapsed in 1852 at this time a north transept was added which used as east and west windows from the original north wall and the porch was rebuilt and enlarged.
In 1887 two south windows were installed to mark Queen Victoria’s Golden Jubilee.
There are two windows dedicated to the memory of members of the Upcher family. The East window, which is a memorial to Rev Arthur W. Upcher who was the Rector of Wreningham and Ashwellthorpe for 43 years 1852-96 and the North window in the transept which is dedicated to his son Somerville Hay Upcher.
The pulpit is Victorian with Jacobean style carvings.
There is a 15th century octagonal font with a wooden cover.
There is an organ installed in the north transept
There are 4 bells in the tower which have been the subjects of a number of projects over 5 centuries. They were last restored nearly 30 years ago and rededicated in 1981. They can only be chimed. They are each dedicated to the memory of particular village people.

Wreningham has a link with a church in Zimbabwe which is named after it All Saints Church Wreningham in Chivu Province Zimbabwe.

These notes are based on a church guide that was written as a school project by Kerri Dobson when she was 11 years old. Copies of the guide are available from the church.