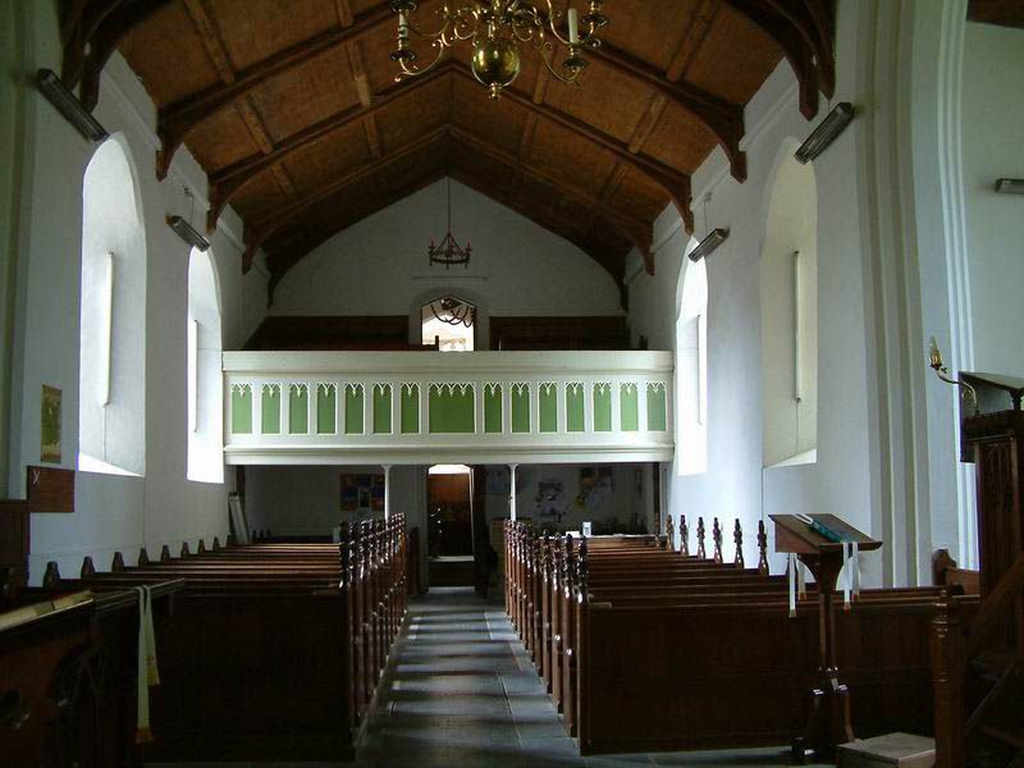 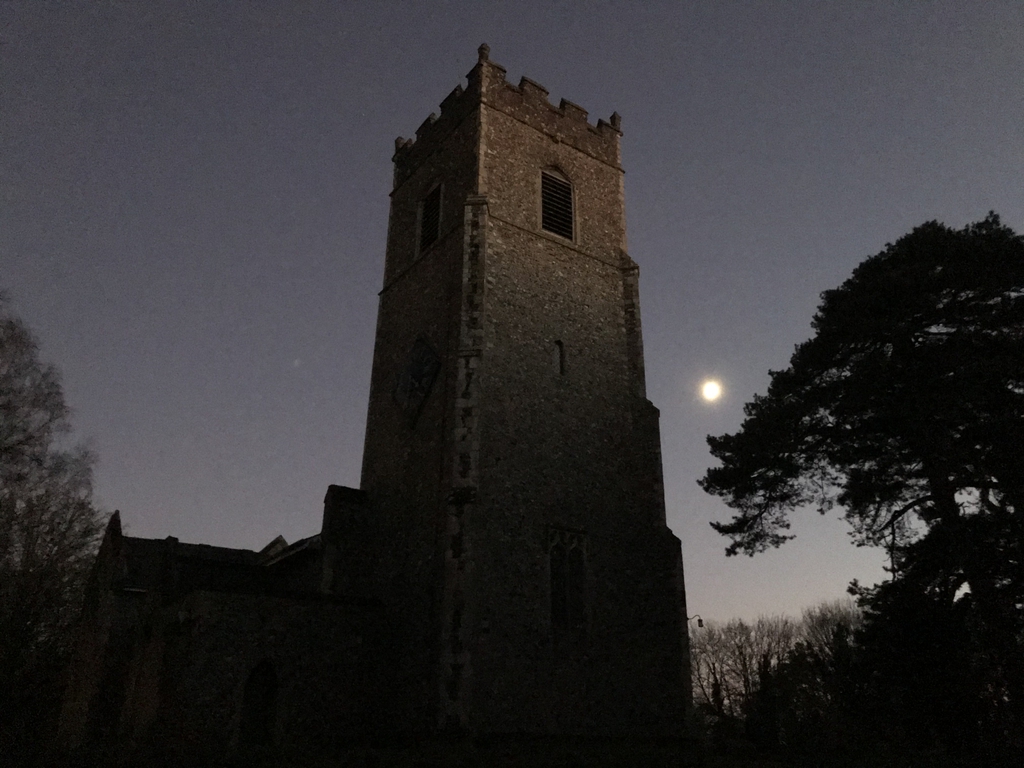 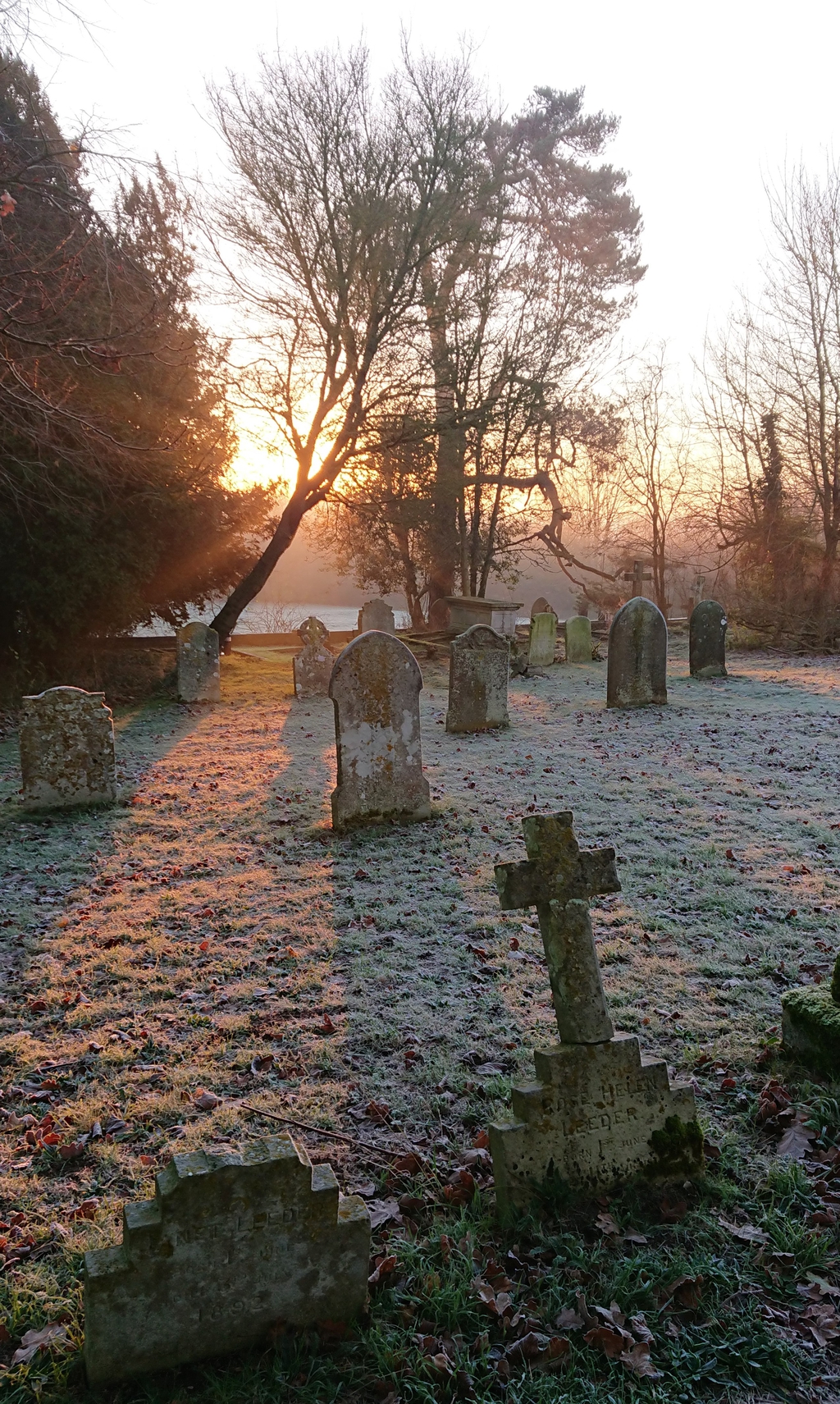 There has been a church on this high (in a Norfolk context!) bluff on the north bank of the river Chet for something like a thousand years, witnessed by the Will of a Saxon by the name of Edwin who, in 1060 AD, left ten acres of land “south of the street to the church in Berc”.  Today it is the focus of worship for an enthusiastic congregation that is proud of its roots in the past and its role in the present life of the village. More about them later.

First, a bit more about the building. Whatever was there in 1060 will have looked little like the church we have now with its tall handsome tower and rather quirky roofline created by the chancel roof being higher than that of the nave.   The changes will have come about in stages over ten centuries but the most dramatic were wrought in 1838 when John Thomas Pelham, the energetic second son of the 2nd Earl of Chichester, was appointed to the living by its Patron, the Earl of Abergavenney.

Pelham appointed John Brown (1805–1876), the respected Norwich church architect, to do a total makeover on the building’s interior. We are fortunate in that, having found a copy of his plans in the Society of Antiquaries’ library in Burlington House, we know exactly what was there before and what Brown put in its place. Out went the box pews in both nave and chancel and in came the present pews and small galleries in the north and south transepts (removed in 1881). A new and larger gallery replaced an earlier one at the west end of the nave and a soaring archway was formed to separate nave from chancel. Perhaps the most interesting element was the ceiling of the nave. It looks to be timber until one notices the fine cracks in the surface that reveal it to be entirely plaster, grained by a very competent painter-stainer to look like timber.

Brown’s plans show a rather fine organ in the new gallery but it is not the present one. That was installed in 1900 AD by Norman & Beard whose factory was on St Stephens in Norwich. There is some evidence, but no certainty, that its predecessor was built as part of John Pelham’s 1838 modifications by J W Walker and that it was removed to the nearby church in Mundham.

What we do know about it, from the Church Minute Book held in Norfolk Records Office, is that its removal was discussed at a Vestry meeting in Town Farm on 25th September 1873. It was agreed that: “the proposal of the Rector [William Ford Thursby] be accepted for the erection of a better organ and that the Churchwardens be sanctioned to remove the old one and sell it”. What we don’t yet know, until more research of the records might reveal it, is why it took another 27 years to achieve that objective!

The Norman & Beard organ was installed in the gallery but a curious incident in 1957 caused it to be removed to the south transept, and it caused a rap over the knuckles for the Rector and his Churchwardens.

The story began when, during a maintenance check, the organ’s builders (by now Hill, Norman & Beard) advised the Rector, Revd Frederick Martin, that the gallery was riddled with rot of every description and was about to collapse! He phoned the Chancellor of Norwich Diocese and obtained permission to move the organ immediately to the south transept. In a classic misunderstanding created by verbal rather than written agreements the Chancellor thought that Martin meant “remove while gallery repairs were effected” whereas Martin (perhaps encouraged by the Hill Norman & Beard maintenance men as an easier location in which to service the organ) took the permission to mean “as a new and permanent location”.

This difference of interpretation came to light during a Norwich Consistory Court hearing in 1959 when the Rector and Churchwardens were asked to explain themselves for having moved the organ without a Faculty (church planning permission). Luckily they found an ally in the form of Canon Noel Boston, respected member of the Central Council’s Organ Committee who though admitting prejudice for west end organs (organs, that is, located in the west end of churches) told the Court: “It is an unusually fine two-manual organ and having seen the transept I rather changed my view and could only advise that it be left where it was” (EDP of 13 February 1959).

The Chancellor decided that retrospective permission would be given for the move but issued a general warning, clearly intended for the attention of all church officials that, as a matter of principle, “it was undesirable to present the Consistory Court with an accomplished fact and ask for confirmation”.

We have not, since then and to our knowledge, erred in this respect!

The interesting debate in regard to John Pelham’s great works of 1838 is their definition in terms of architectural era. Designed in the year of the death of the old King and executed in the first two years of the reign of the new Queen, are they late Edwardian or early Victorian? Both descriptions have been applied by critics either to applaud or denigrate the value of Brown’s work. As examples, the staircase between vestry and tower ringing chamber has been lauded as Edwardian whereas the chancel arch and other features have been vilified as Victorian but all of them were created in the same re-modelling project!

We, both as a Christian congregation and as village residents, take no sides in this debate but simply delight in our church and its history. Like every church building it is unique and greatly valued by those who love it.

That’s probably enough about the building. What about us?

We are the present congregation of Bergh Apton’s parish church. On a cold winter Sunday we might number as few as fifteen or so hardy souls in the bracing atmosphere engendered by single-phase electric heating and the horrific heat loss through a plaster ceiling. But at major services, including Remembrance Day and the candlelit Carol Service on the last Sunday before Christmas, we will be over 150 strong. We have superb support from the village for other activities such as Flower Festivals and live concerts including the annual visit of our friends from the Norwegian village of Lardal to entertain us with songs and carols both in impeccable English and (we trust impeccable) Norwegian.

The church building and the churchyard have been key locations between 1997 and 2011 for Bergh Apton’s six (so far!) famous Sculpture Trails that fill the lanes gardens and public places  of the village with 10,000 visitors over three weekends in the early summer. For the hugely successful Mystery Plays of May and June 2014 we were delighted to provide the churchyard as the setting for The Flood and the producers magically transformed the interior of the church into the inside of the Ark.

Our church today is as it has always been; a spiritual place and a focus of village life. Its churchyard is the resting place of many generations of those who have lived in Bergh Apton and worshipped in this church. Among the notables who lie here is that energetic and fast-track churchman John Thomas Pelham who, during his 15 years (1837-1852) as our Rector was appointed Chaplain to Queen Victoria and, in 1857, become Bishop of Norwich.

When Pelham died in 1894 the cathedral authorities commissioned the renowned Scottish stonemason James Forsyth to create a magnificent monument, including a superb recumbent effigy of the Bishop, that was set in the north transept to honour his memory. It was, however, in the quiet acres of Bergh Apton’s churchyard that he and his wife Henrietta chose to be buried. They lie in simple graves marked by plain recumbent stone crosses, amongst the modest flock that he guided and cared for in his days as our Rector.

For further reading, Geoffrey Kelly's Book of Bergh Apton (Halsgrove, 2005) includes some excellent information, particularly in Chapter 19 (pp.85-106), on the church and its Rectors.

RECTORS OF BERGH APTON (with date of induction)

(1)Simon de Liston was in office in 1286 but may have been installed earlier. (2) Harrison was Rector when the Church of England was formed. (3) Neville (possibly Nevill) Walter was the son of Hon. Jane Nevill, daughter of George, 11th Lord Abergavenney, Patron of Bergh Apton. Walter died in October 1802 aged 65. (4) Ralph Hopper was appointed as “officiating minister” during the interregnum prior to the appointment of Augustus Beevor in 1804. (5) John Nevill became 3rd Earl Abergavenny in 1843 (died 12 April 1845). Succeeded by his first cousin. (6) John Pelham was appointed as Chaplain to Queen Victoria in 1847, during his time in Bergh Apton. He became Bishop of Norwich in 1857 (died May 1894). (7) Lloyd had been Curate in the time of WF Thursby. (8) McAnally was Curate-in-Charge pending the arrival of Frederick Snellgrove. (9)Peter Knight left in September 2014 to take up work overseas.
×