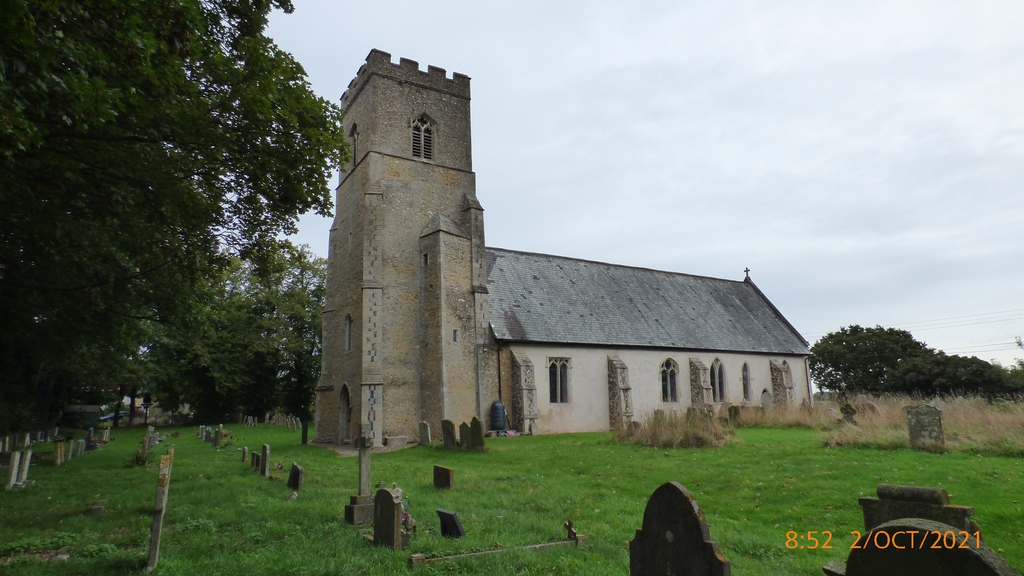 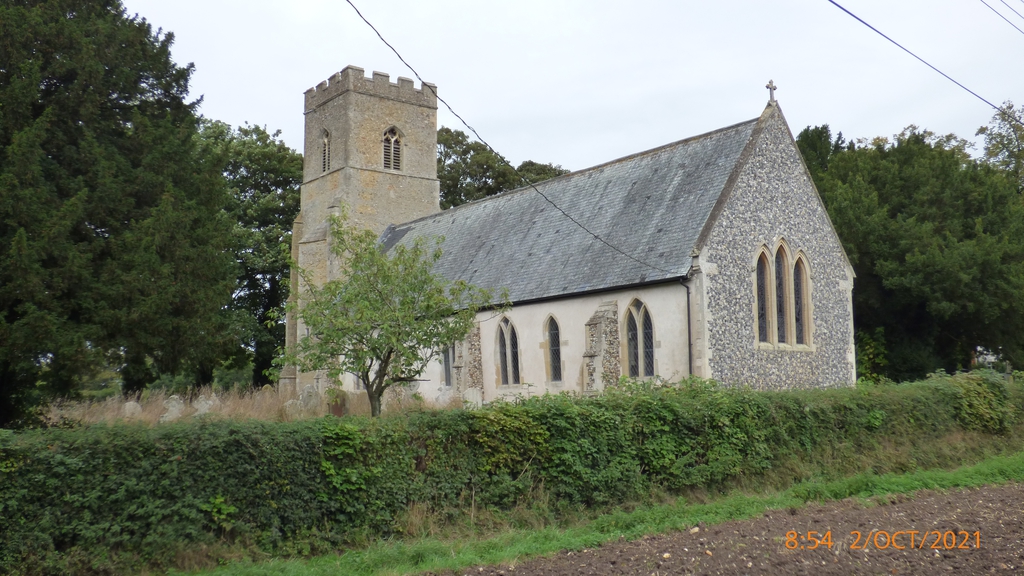 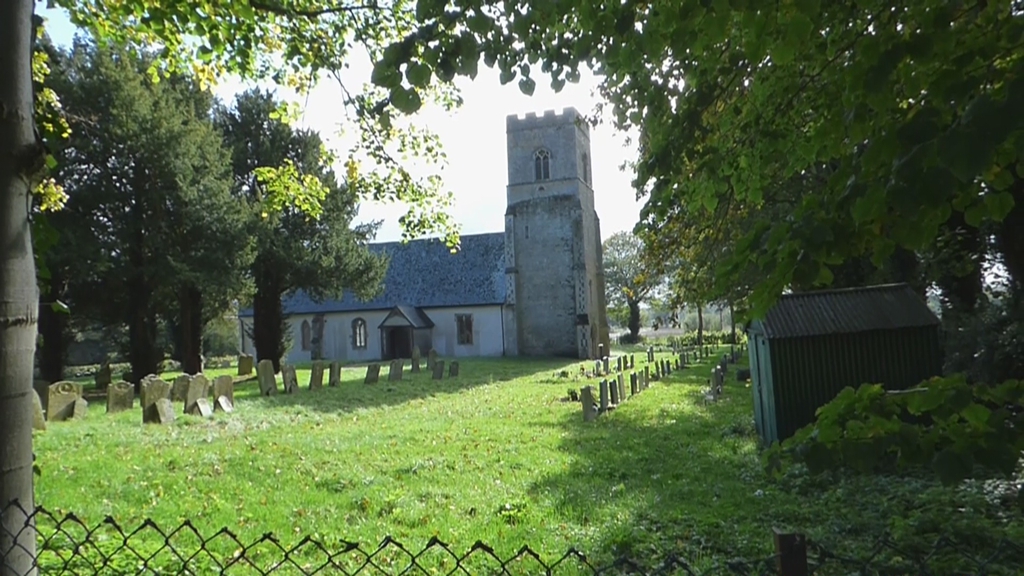 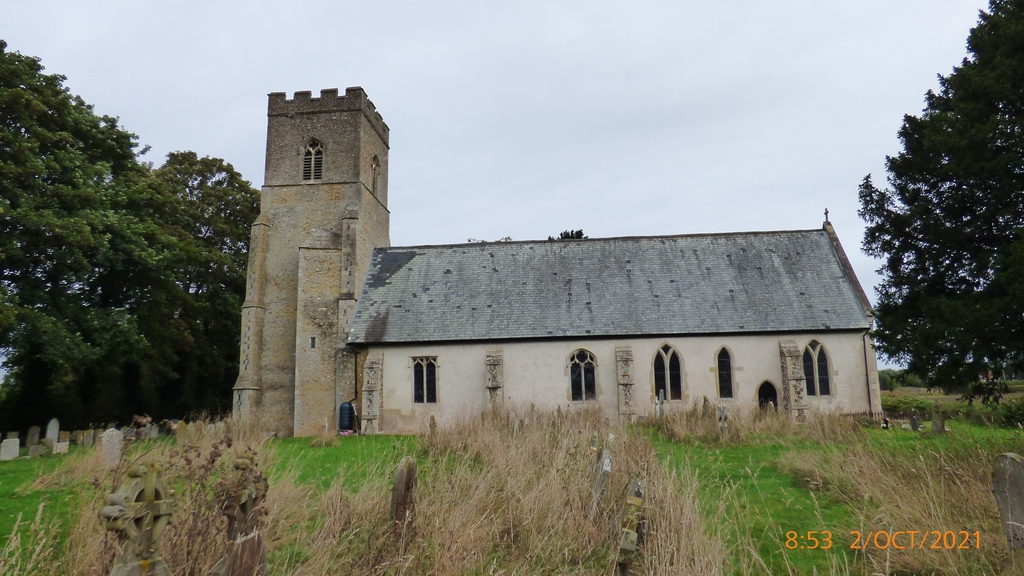 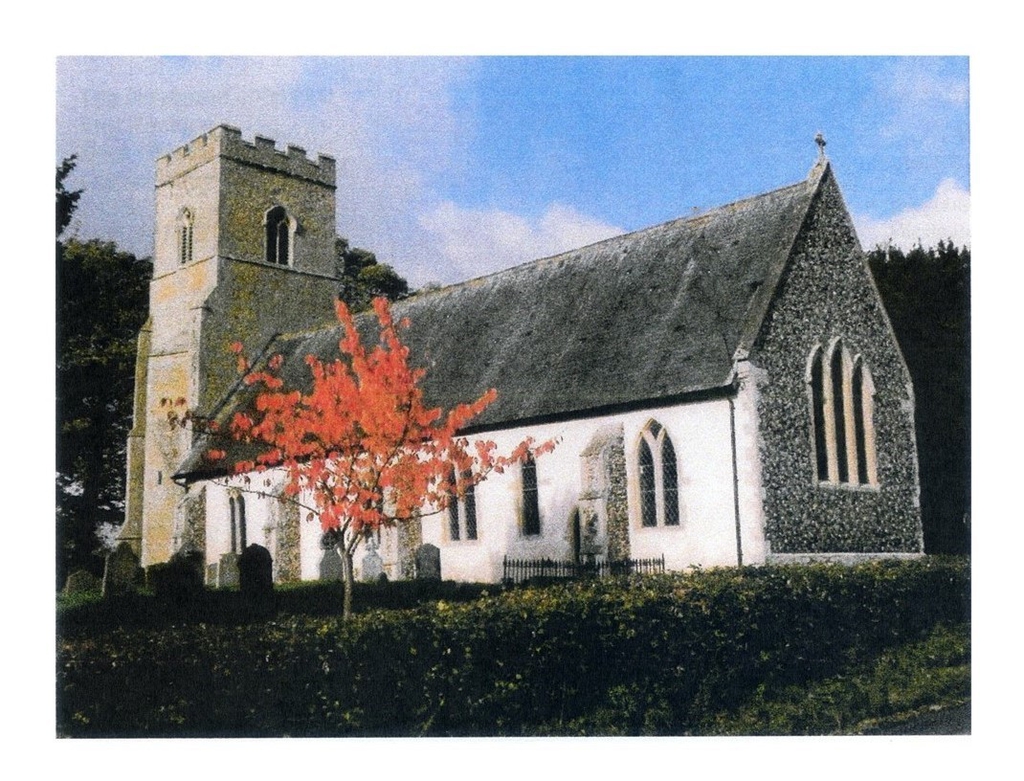 Blo'norton: St Andrew
Services and events
News and notices
About us
Find us
Church Lane Blo'norton
Get in touch
Facilities
More information
Edit this church

Although Neolithic tools have been found in fields west of the village, the origins of the settlement are believed to be of the Saxon period, and the name possibly derives from ’Blae’, itself derived from Old English and Old Norse words meaning both ‘cold’ and ‘blue’: the blue perhaps referring to the production of woad plants grown for the traditional blue dye. ‘Norton’ is a settlement on the north side of the river. The course of the Little Ouse represents the boundary between Norfolk and Suffolk. The first record of Blo’ added to the name is 1291, which in Middle English may have meant ‘bleak’ or ‘exposed’. The village is noted in the Domesday Book and that the parish then contained 47 residences – putting it in the largest 20% of settlements recorded in the Book, under four separate owners, or manors, including the Abbeys of both Ely and St Edmundsbury.

St Andrew’s church is a 13th century Grade 2* listed building. It is built of freestone and flint, and consists of a nave, chancel, north porch, and an embattled tower to the west containing six bells. It has been at the heart of the village community for 700 years and continues to be a focal point for worship and occasions of importance.

There were originally two churches standing in the same churchyard: one dedicated to St Mary and the other to St Andrew. The large village supported both churches until the Black Death. After the dramatic fall in population caused by the plague, by 1394 the former was in a very dilapidated state - the revenues so small and the parishioners so poor that they were unable to repair it. As the church of St Andrew was large enough to hold parishioners of both churches, the bishop granted a licence to destroy the church of St Margaret, which was carried out in May 1394. The site of the church is close to St Andrew’s but there are no remains to be seen now.

St Andrew’s was updated in the early 15th century when the tower was heightened. After falling into decay earlier in the 18th century, the church was restored between 1876 and 1879 with an important new east window arrangement and glass.

The west tower has a ring of six bells. Thomas Osborn, who had bell foundries at Downham Market in Norfolk and St Neots in Cambridgeshire, cast five of the bells, including the tenor, in 1794, having been recast from three mediaeval bells. John Warner & Sons of Cripplegate, London cast the treble in 1892. An inscription on the bell states, “I WAS PRESENTED TO BLO’ NORTON CHURCH BY CHARLES NOTLEY MEMBER OF THE UPPER HOUSE OF PARLIAMENT IN THE SANDWICH ISLANDS”. Notley, born in Blo’ Norton in 1826, went to seek his fortune in Australia, but eventually ended up in Hawaii as a wealthy sugar planter, marrying a local princess, and becoming one of the island’s most respected citizens. Before his death in 1902 in Honolulu, he made a final visit to his Norfolk birthplace, bestowing the treble bell to the Church of his birth.

Maharajah Duleep Singh, was the last ruler of the Sikh empire in the Punjab. St Andrew’s churchyard is the resting place of his second son, Prince “Freddy” Frederick Victor Duleep Singh (1868 – 1926). He lived at Blo’ Norton Hall for the last 20 years of his life. For this reason, Blo’ Norton is part of the Anglo-Sikh Heritage Trail.