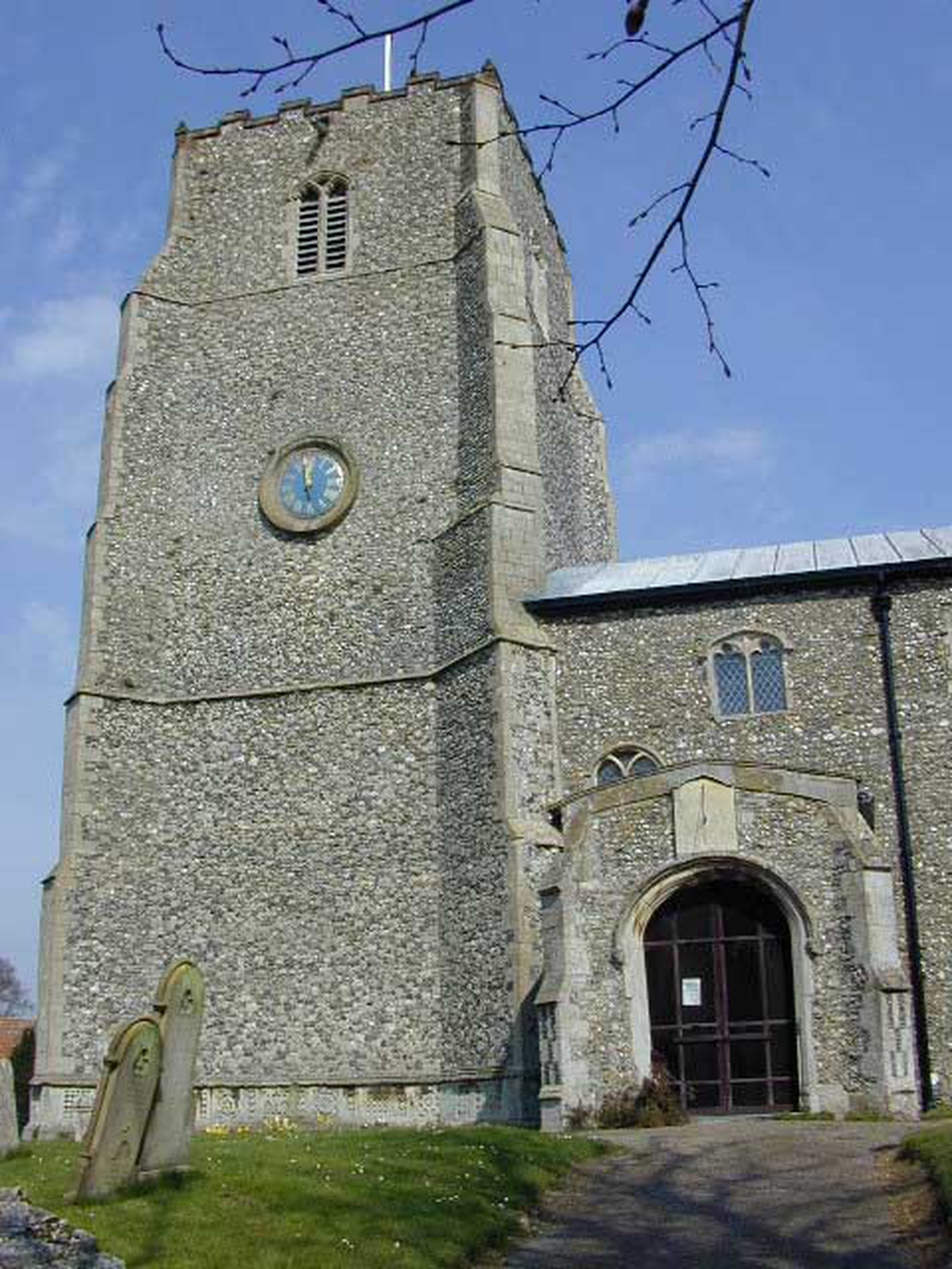 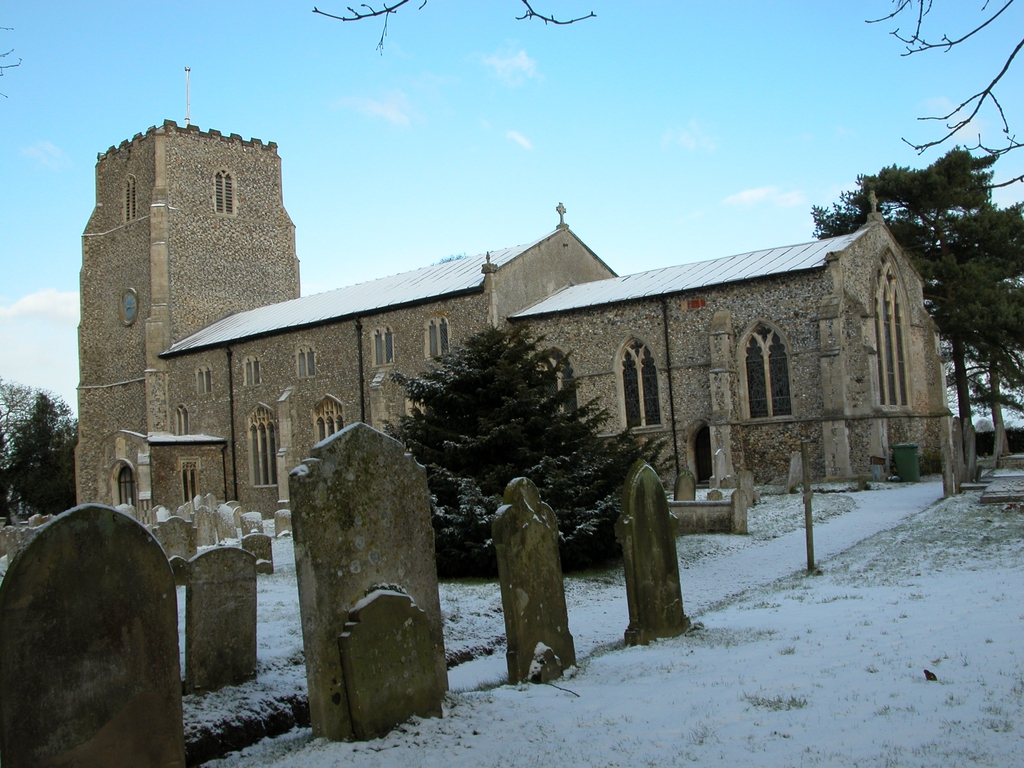 St Mary's Church stands in the centre of Kenninghall village on one of Breckland District Council's favourite streets, West Church Street. The first recorded vicar, Master Elias de Engolisma, was between 1225 and 1232. Whatever the Saxon or Norman structures may have been, the south doorway is the earliest survival and today ironwork from 1200 AD can be seen on the door. The north doorway belongs to the early 14th century. Later in the 14th century the central Norman tower was removed and replaced in the early 15th century at the west end of the Nave and now houses the bell tower with 8 bells dated from 17th and 18th century.The porch was added in the late 14th century or early 15th century. The church has stood amidst some of the most important times in Mediaeval and Tudor history. The Duke of Norfolk had  a residence a short distance away called Kenninghall Place or Palace and Mary Tudor was living there when Queen Jane was proclaimed queen on July 10th 1553. Mary was advised to move to a more suitable fortified residence such as Framinglingham Castle to remove Queen Jane. There was a small skirmish between Kenninghall residents and Duke of Northumberland's troop of horses resulting in a success for the Kenninghall militia and thereafter support for Queen Jane lessened and Queen Mary made a triumphal progress to London.  In 1578 Queen Elizabeth 1 visited Kenninghall along with her many support staff. Her visit resulted in the Duke of Norfolk losing all his wealth and many Kenninghall villagers were infected by the  diseases carried by the queen's entourage. However, the village were very supportive of Queen Elizabeth 1 and before her visit the villagers removed all traces of Queen Mary's reign and substituted a resplendent royal coat of arms to show their loyalty and today the shield of arms is displayed in the north chapel.

Tiny Tots club meets every Thursday between 09.30am to 11.30am at the church. Families are most welcome and the children (most suitable for under 5s) will love it. It costs £1.50 per family and includes a healthy snack and crafts. It's a great way to meet new and old friends. Toilet facilities available.

St Mary's is open every day for individual prayers between 8am - 4pm. Sunday services for January are cancelled

Canon Lorraine Summers will be in St Mary's every Sunday between 11-12 am. You will be most welcome to speak to Canon Lorraine or just remain on your own to pray or sit in peace.