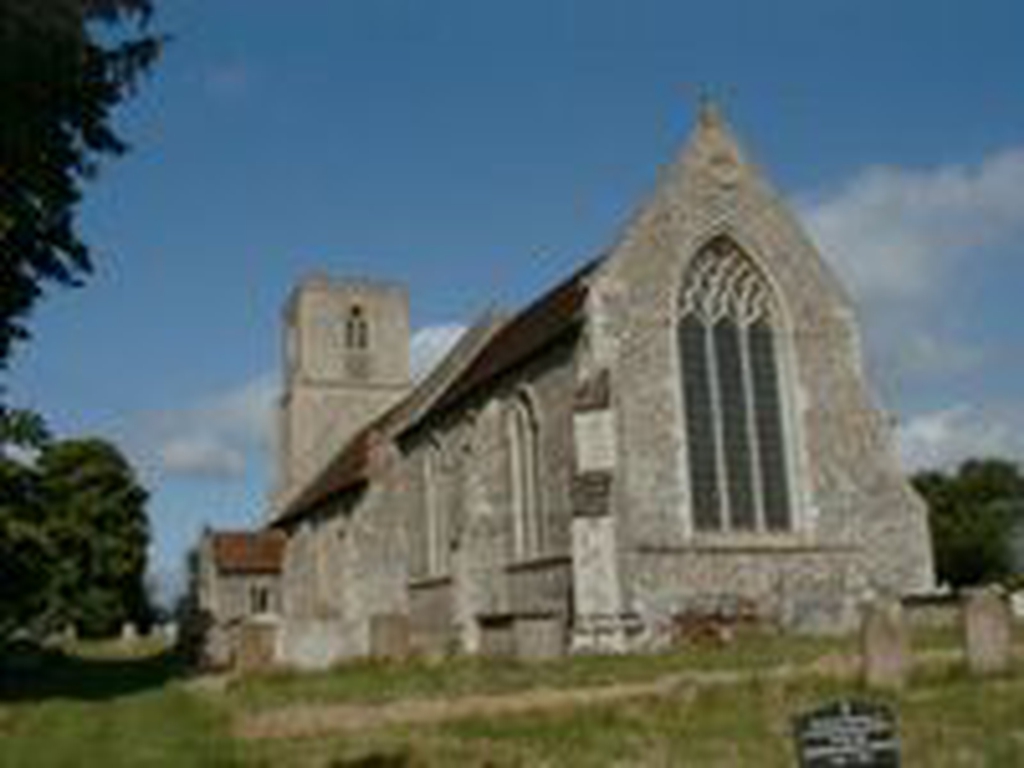 Wilby: All Saints
Services and events
News and notices
About us
Safeguarding information
Find us
Church Road Wilby Norwich NR16 2JP
Get in touch
(01953) 887963
Facilities
More information
Edit this church

Wilby is the smallest of the six parishes having a population of less than 50. It is an isolated unspoilt community reached only by two minor roads. The medieval church building is in a reasonable state of repair, and the virtually complete Jacobean interior is truly unique and the finest in the area. There is a tradition within the Quidenham Group of Churches that Rogation should be celebrated here for all the group, starting with a gathering on the village green. The ecclesiastical parish of Hargham, one mile to the north/west had been joined to Wilby since the mid-eighteenth century when the nave of Hargham All Saints’ church collapsed. The total population of Hargham is about 25. Hargham All Saints’ is now looked after by the Norfolk Churches Trust as a redundant church. The Patrons hold at least two annual services, for harvest and a carol evensong.

We meet in Wilby on the third Sunday of each month at 9.30am, joined by the congregations of Eccles and Quidenham. On other Sundays some of us join the Quidenham or Eccles congregations for worship in those respective churches.