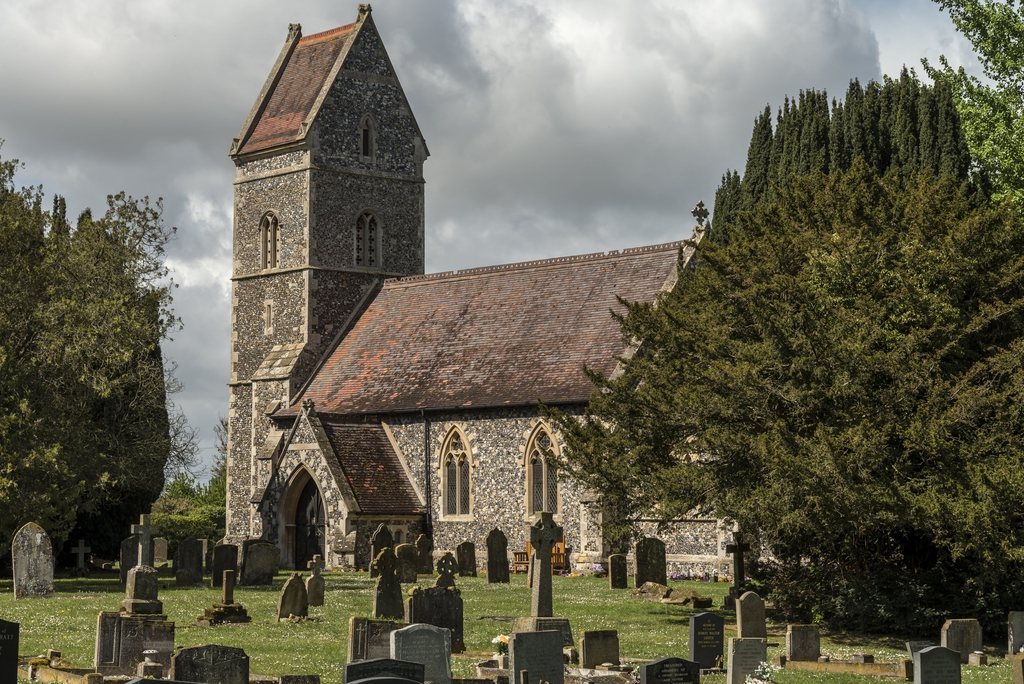 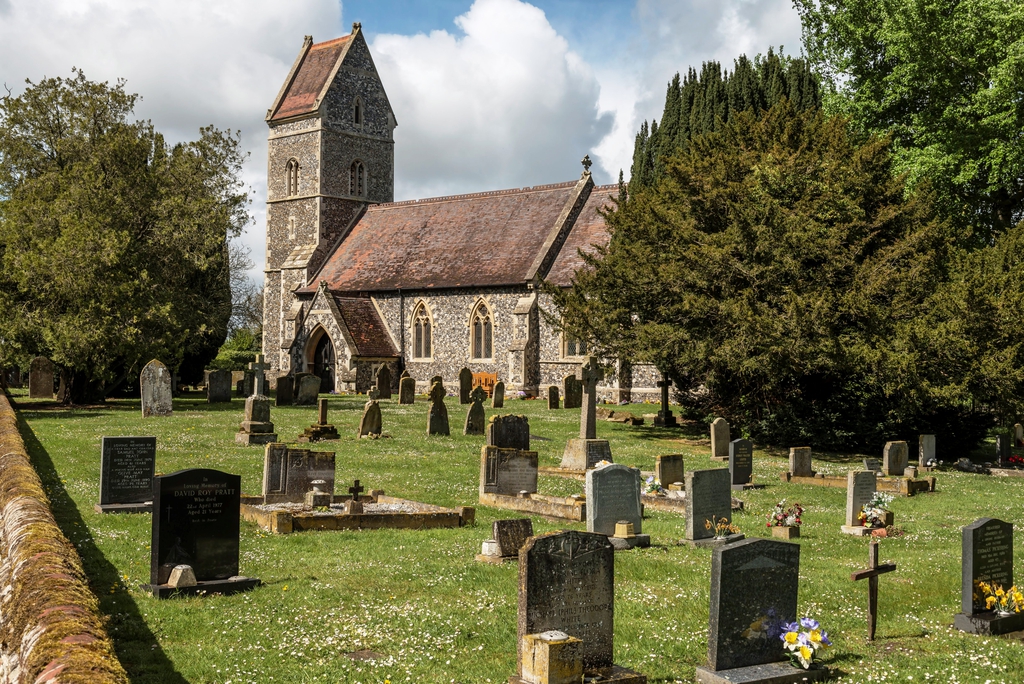 This lovingly cared for Victorian church buildiing is the third on the site - the others were early Engish and Norman - and celebrated its 150th anniversary in 2015.

Designed by Scottish born architect William Armstrong, it was built between 1864-65 after a reorganisation of the east and west parts of the Wretham estate meant that the Norman building was too small for the village congregation.

As a result, the local estate owners, the Wyrley Birch family, built a new village school to stand opposite and endowed the rebuilding of a new nave and tower and the squire;snd son in law,, the Rev James Park Whalley, paid for the new chancel..

A beautiful example of Victorian church style, St Ethelbert has a number of extra features of interest, not least the unusual saddleback top to its tower. Inside these include an ornate memorial on the south wall to the son of a later squire killed in France during WWI, as well as the art work of the Rev Whalley. Much travelled in Europe, he was a lover of the works of Rennaissance artists.His work can be see in the wall paintings over three walls in the chancel, on the Grade II listed James Corps organ, where he painted the casework decoration, and especially the hand painting of the intricate wooden carved font cover, which alone took him 18 months to comlpete.

In the north aisle, there is a collection of material relating to the Czech and Polish air crew who flew during WW2 from East Wretham airfield, now almost indistinguishable from the surrounding fields and nature reserve. In the north east corner of the churchyard are the graves of 12 Czech and two Polish airmen, cared for by the church for the Commonwealth War Graves Commission. They are the focus of a major memorial service four days before Remembrance Sunday each year.

Two WWI graves sit west of the church and there is a memorial commemorating villagers who fell in different wars outside the church gate. Details of all this and more are to be found in a full colour 72 page guide to the church, written in 2010 and based on the writings of the Rev James Park Whalley.

The church, which has its own car park, is normally kept locked but both church wardens live nearby and the building can be opened readily on request. Their details are on the porch gate. Two services are held each month, Holy Communion on the first Sunday and Morning Prayer on the third, as well as services on major festivals. All of these use the Book of Common Prayer and King James Bible..

Normal attendance from the small village still exceeds 30 on most occasions and visitors are warmly welcomned.. The church is conscious of its role in the village and hosts a range of activities during the year which bring people and visitors together..