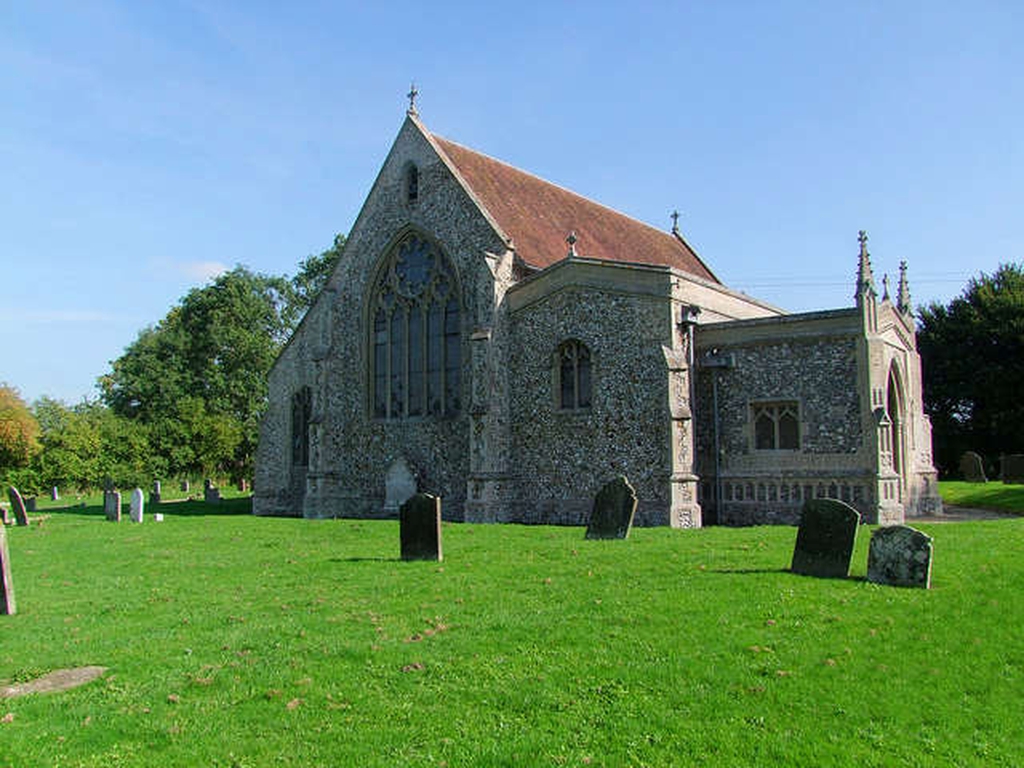 Weasenham: All Saints
Services and events
News and notices
About us
Find us
Church Lane Weasenham King's Lynn
Get in touch
Facilities
More information
Edit this church

All Saints Church has had a fluctuating history and has undergone several major rebuilds, the tower on the western side having collapsed in 1653 and being replaced by a curious brick addition built as a belfry. The screen was once one of the glories of this church. Of the eight saints which once looked out from its panels only pathetic ghosts now remain, since not only were they defaced by Cromwellian soldiers during the English Civil War, but they were also peppered with bullet holes.

The soldiers are also said to have used the church as a stable for their horses. In 1905 the Second Earl of Leicester restored the nave to its original length, the chancel was rebuilt and a new south aisle constructed, thus restoring the porch to its proper use. Following years of lack of maintenance, grants have recently been obtained to enable roof repairs to be carried out. In the western part of the churchyard there is an impressive 18th century marble tomb chest topped by an Adam style urn.

All Saints Church has a chalice and paten of Kings Lynn silver dated 1633 and, they, together with the silver flagon given to St Peter’s in 1870 were used at the service celebrating the appointment of the new Rector in 2007. Usually these items are kept in Norwich Cathedral Museum for safety.

Weasenham is part of the Parishes of the Upper Nar and Launditch Group.

All enquiries should be directed to: