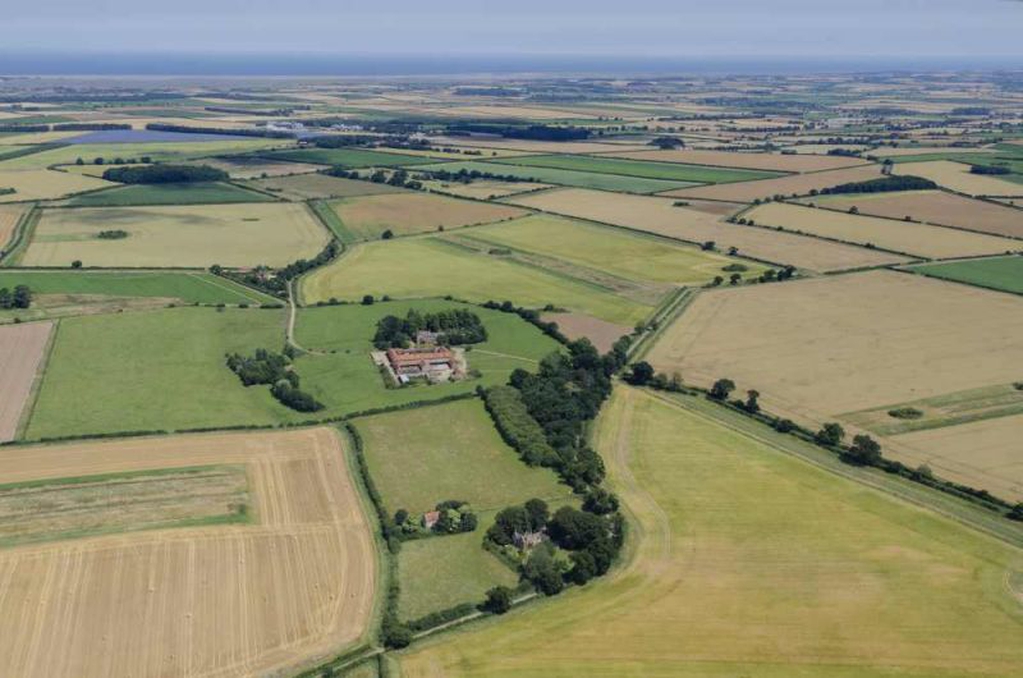 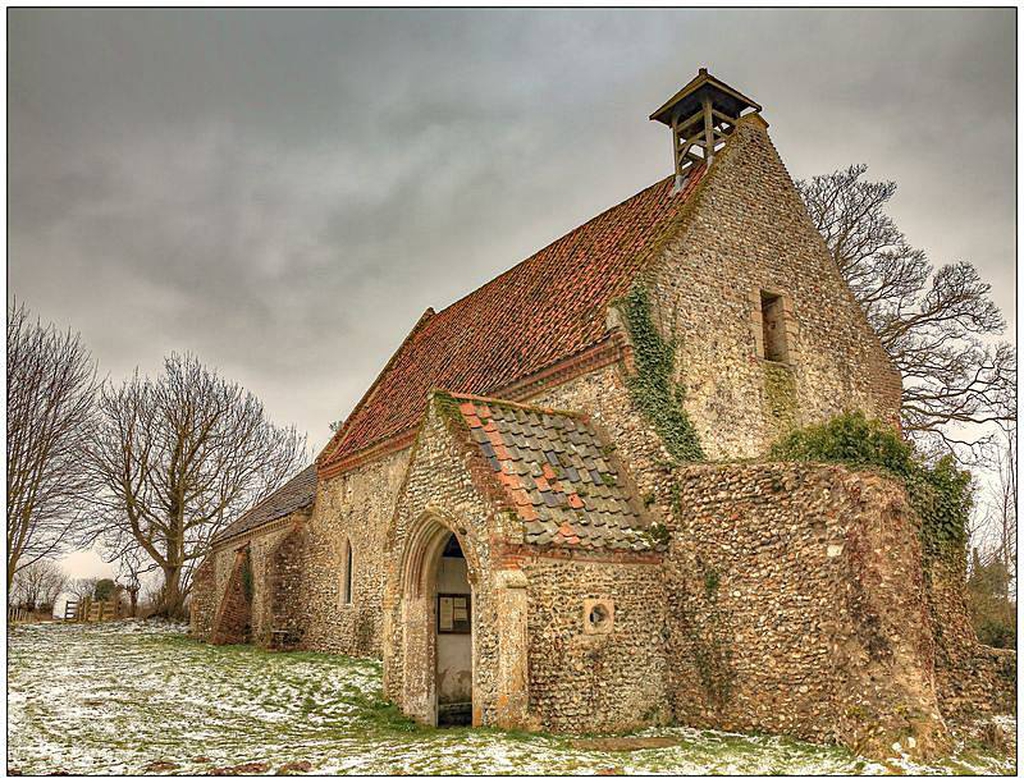 Waterden: All Saints
Services and events
News and notices
About us
Find us
Waterden Lane South Creake NR22 6AT
Get in touch
07970 875052
Facilities
More information
Social
Edit this Church

It is an Anglican church almost certainly of Anglo-Saxon origin, certainly with Norman elements and is, as the tower stump and lost south aisle indicate, the remains of a larger building. The north and south doorways are both Norman and two small double splayed windows are described in Pevsner as “decidedly Anglo-Saxon”. The north and south windows are early English and there is a simple plain font. The building is listed Grade II* (1077758).

The church is extremely isolated even in the very rural context of Norfolk churches: the village of Waterden disappeared in late mediaeval times leaving the building alone in the fields accompanied only by its Rectory (now the Old Rectory) and Waterden Farm a quarter of a mile distant. St Edmund’s Egmere, which also lost its village in mediaeval times and lies just a mile and a quarter away from Waterden, is a total ruin.

We are, as of summer 2017, about to start a major programme of repairs to Waterden thanks to a grant from the Heritage Lottery Fund's Grants for Places of Worship scheme. Initially this will involve a year long Development Phase during which the planned repairs will be planned and costed in detail. We will then apply in summer 2018 to the HLF for a full grant towards the repair work.

In order to work with South Creake PCC with the long term maintenance and care of the building of the church and church a Friends of All Saints' Waterden FoASW) is in the process of being set up. If you are interested in joining FoASW contact us by email. You can find out more about FoASW here.

For a Google map to help find Waterden, click here.

Evensong is said at Waterden on the third Sunday of the month from April (once the light is good enough) through to, and including, September - see here for dates.  A Christmas Carol Service by Candlelight also takes places at Waterden on Christmas Eve at 4.00 pm. The church is filled to overflowing for this popular event. The Norfolk Churches website is again a good place to get a feel for the character of Waterden church.

Waterden is a member of the Small Pilgrim Places Network.

Like its sister church in South Creake, Waterden is a member of Inclusive Church.

We fully support and accept the ordination of both men and women as deacons, priests and bishops in the Church of England and in the wider Anglican Communion. We welcome everyone to the family of our church regardless of their race, age, physical ability, gender, or sexuality.