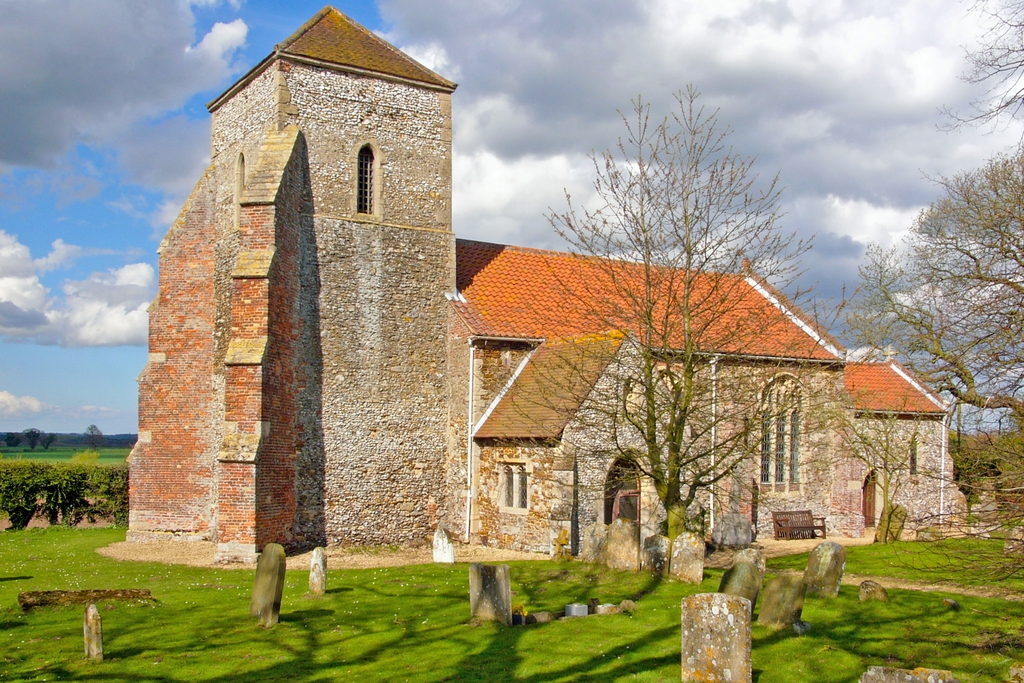 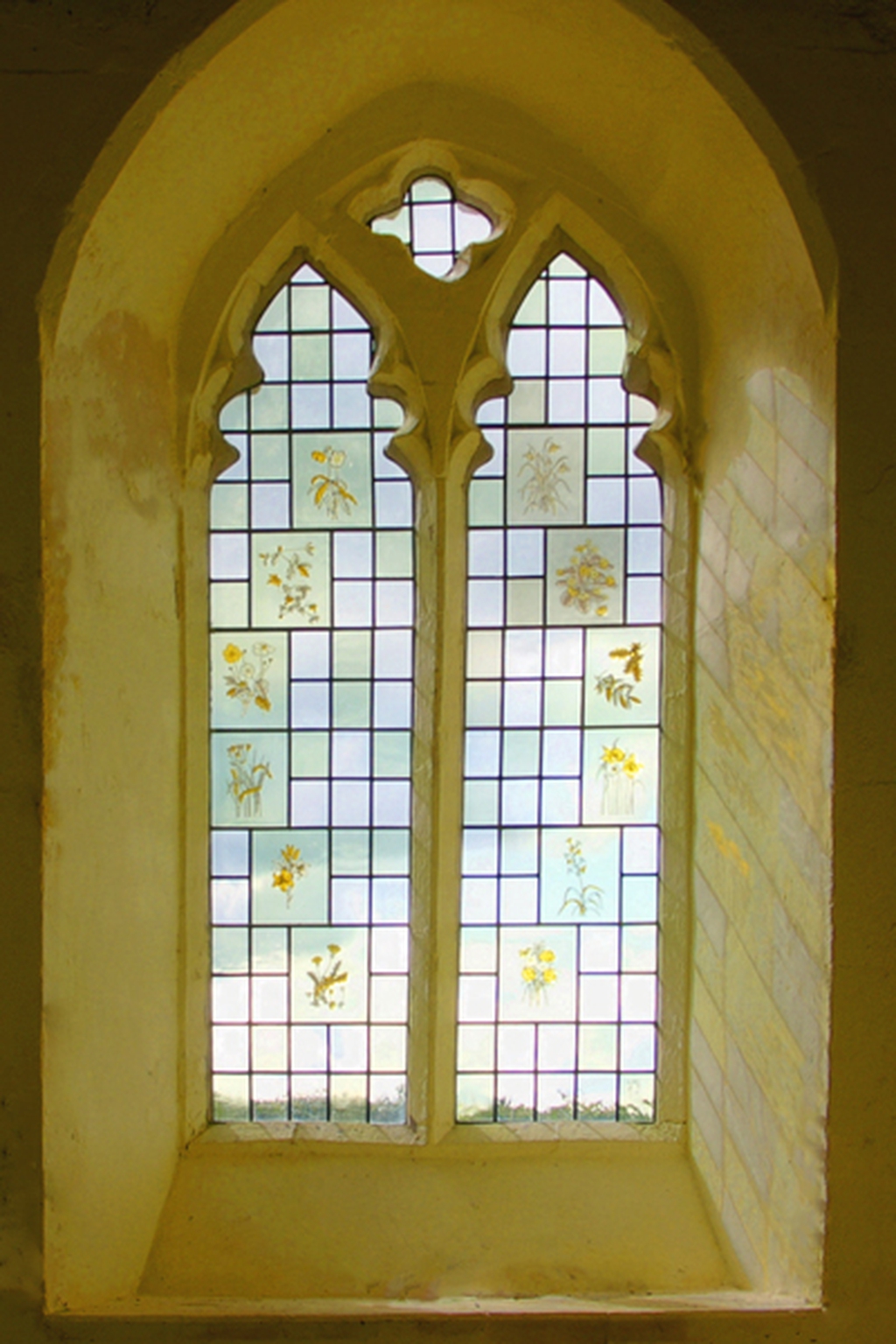 Ashwicken: All Saints
Services and events
News and notices
About us
Find us
Church Lane Ashwicken King's Lynn
Get in touch
01485 601251
Facilities
More information
Edit this Church

The parish of Ashwicken is mentioned in the Doomsday Book and it is said that Wyke or Wyken refers to a stream and Ask or Ash to wet or watery soil. A more recent interpretation gives the meaning of “A dairy farm with ash trees.” Leziate is from the Old English meaning leas or meadow gate.

In the 15th C both villages had been combined and with Bawsey now amount to about 300 homes.

All Saints Church dates back to the late 13th century with the first vicar appointed about 1316. The Church is built of flint and stone and the tower at 63 feet high is the oldest part in a geometrical style though the rest of the Church is in the later perpendicular style. The tower itself was formerly pinnacled and embattled and doubtless suffered from storms and neglect. In the 17th century large stepped buttresses were added using  darker coloured bricks to give a diaper pattern.

In 1709 four bells are mentioned but now only one remains with the inscription “Thomas Newman made mee in 1710. 1B” (one beat). Thomas Newman was a Norwich bell founder who travelled about casting bells at or near the place which ordered them.

It is thought that the Church was a larger edifice and a number of alterations have taken place over the years. An old door stood on the North side and although it has been bricked up the arch is still visible. Above the porch door there is a niche that probably held a figure, removed after the abolition of images in 1538.

The nave and chancel are mainly 15th century. On the South side of the nave are three light windows of that period with clear glass in nice 18th century leading. The East window centre features the Crucifixion and the remainder a parable of the Good Samaritan. It was erected in memory of the Revd. John Freeman who did much to save the Church and restore it at the turn of the 19th century.

The internal fittings all date from around 1860 when the pews with carved heads were fitted at the cost of £1000.

The chancel arch is modern with decorated capitals, on one side oak leaves with a grotesque face and on the other emblems of rose, thistle, shamrock and an equally grotesque face. Perhaps we are meant to laugh at the gossip and the glutton amidst us.

The font is a fine decorated octagonal, carved in Benares and presented by Major Markham Kittoe in 1853 and is dedicated to his daughter, Jessy Anne who died age 12.

Alongside is the organ built by Norman and Beard and erected in 1904 but only moved to its present spot in the 1970’s.

The communion silver includes a silver chalice dating back to 1795 and also the “Bawsey Cup” which is very old silver with a King’s Lynn assay mark and is dated to the 1600’s. The Ashwicken Shell was specially commissioned from Jacqueline Stieger in 2012 and is used for all our baptisms. It is cast in solid silver from a real shell and features the words “By Water & The Holy Spirit.”

It is often thought that the desertion of the villages was caused by the Black Death. Although the Black Death of 1349 doesn't account for all the deserted villages in the county, it certainly had a profound effect .In the 14th C. It is estimated that the Black Death killed between 30-60% of the population of Europe. In some cases the Black Death would have weakened the ability of communities to survive. This was also a time of harsh winters causing widespread famine and plagues which affected both livestock and humans.

With the decline in the population, richer farmers bought up land and used it for grazing sheep. This type of enclosure would have been a major cause of deserted villages and over-grazing of land has been identified as a key reason for abandonment at Bawsey, Leziate, Mintlyn   and probably Ashwicken.

The village disappeared and so the Church now stands on its own - “Our Church in the Fields.”

After so much history what is the future for Ashwicken Church ?  We are now in the 21st century and to mark this we added something to show future generations these 2000 years of history. It took a little time to raise all the funds and to plan the work but we are very pleased with our millennium window, created by Tina Wiley of The Norfolk Stained Glass Company.

In keeping with our simple country Church, the window is made up of panels of wild flowers arranged in a mandorla shape starting with January and snowdrops at the top right. The rest of the months and seasons follow round to create a stained glass almanac.

In 2012 we commemorated the Diamond Jubilee of HM Queen Elizabeth II with an engraved glass panel in a porch window. This features the Royal Cypher with the dates 1952 – 2012.

And so ours is a living Church and the thread that runs through it is the generations of villagers, who were born here, worked here, lived here and passed on. The thought, service and support they gave remains, adding to this hallowed building; so much more than just bricks and mortar.

Read and see more at our web site
www.ggmbenefice.uk  This shows all Service Times and a calendar of events.