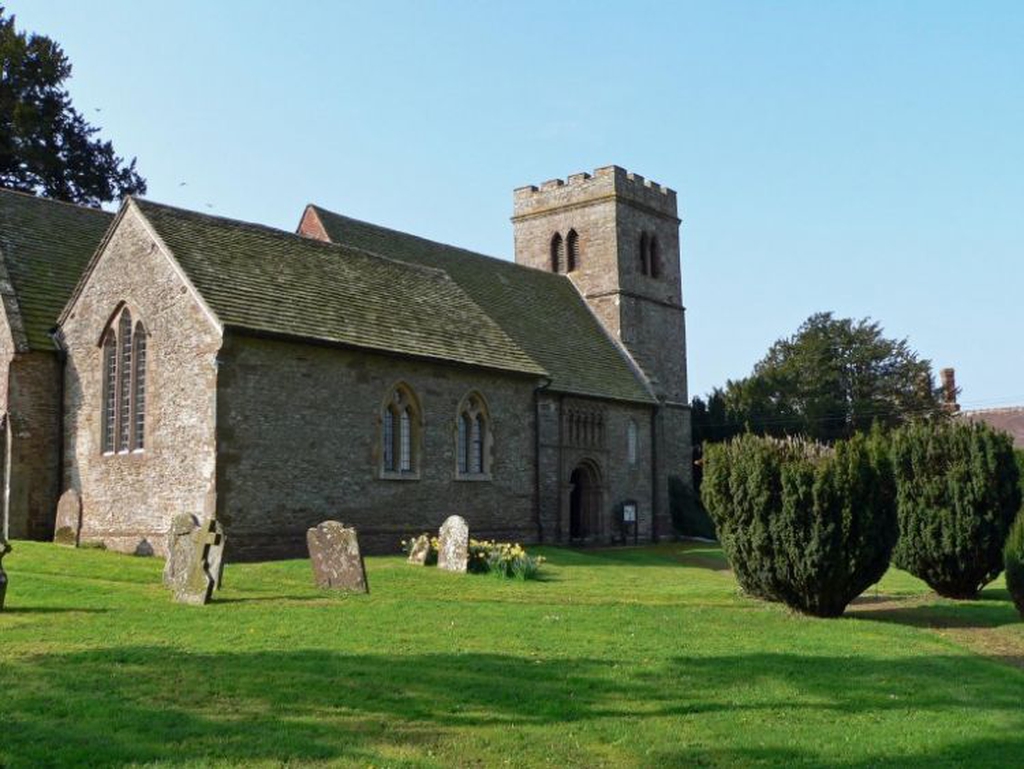 Bockleton: St Michael's
Services and events
News and notices
About us
Find us
Bockleton Leominster
Get in touch
01568 369307
Facilities
More information
Edit this church

Services and events to which you would be most welcome.

Situated in the county of Worcester and in the diocese of Hereford, the church stands on high ground in the far northeast corner of Leominster Deanery, surrounded by farmland.  The foundation walls suggest that there was a Saxon Church here before the present one was built in 1160 AD.

The church, as it stands today, has undergone many changes since it was first built.  From the time of the De Bockletons in the 12th Century until the beginning of 20th Century the Lords of the Manor have more or less always maintained the church.  In 1560 the Barneby family built and maintained the side Chapel which contains two tombs: the Elizabethen tomb of Richard and Mary Barneby and a white marble monument. This monument was carved in 1867 by the sculptor Thomas Woolner RA in memory of William Prescott. It depicts in bas-relief on the side of the tomb the circumstances that led to William's early death.  His is shown nursing his aged sick gamekeeper who is supported in his arms with his dog beside them.  William was die of the infection as well.   It was completely restored by Colonel W R Prescott in 1959.

Thomas Woolner RA was both sculptor and poet.  A founder member of the Pre-Raphaelite movement, he was known for his close observation of nature with attention to detail.. His work was shown in the Great Exhibition in 1862 and his sculptures are to be found in Westminster Abbey, the Houses of Parliament, as well as colleges in Cambridge.  He also designed for Wedgewood pottery and his bas-relief of Charles Darwin is one of the most detailed pieces of china made by the firm.  His eldest daughter, Alice, wrote his biography which included mention of the Prescott memorial, with a detailed record of his work.

In 1953 the Vestry Screen was presented by Mrs E. Cantrell of Birmingham as a thank offering for ten peaceful years lived in Bockleton.

The church is fortunate in having a genuine Kemp window.  His hallmark is a small wheatsheaf and is to be seen at the foot of the ermin robe in the top left light.  The window is divided into six pictures and in the bottom centre is St Michael slaying Satan, depicted here as a dragon.