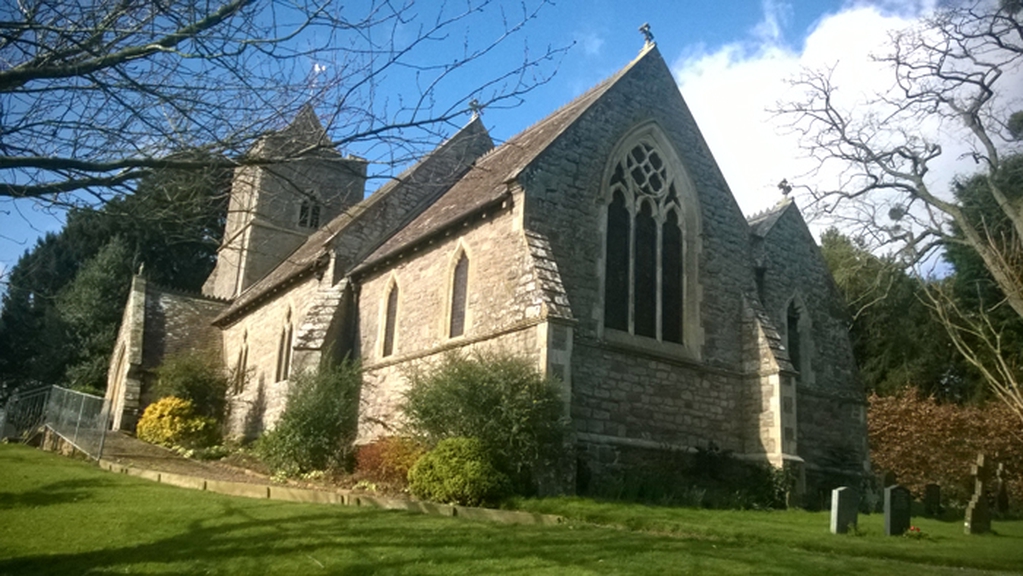 The western tower with spire contains a chime of five bells. The toner bell has a diameter of 31½ inches, and its strike-note is approximately C sharp.

The western tower with spire conatins a chime of five bells. The toner bell has a diameter of 311/2

Four bells, cast in Whitechapel foundry in East London, engraved 1854, were installed in the new stone castellated Tower. A fifth bell, engraved in memory of ‘Melsup Hill 1869’ (Rev. Hill’s daughter?) was installed. On the roof of the Tower there is an Oak Shingled Spire, at the pinnacle is a weathers cock, probably of pre 1854 shown in the watercolour of 1850.

The four largest bells were erected in 1854, and the treble added in 1869. The portion of the inscription underlined on the latter has been incised. The oak frame is constructed in two parts, that housing the treble being an addition. The gear consists of elm deadstocks, chiming hammers, transmission bars and clavier.

In medieval times the church possessed a ring of three bells the dimensions of which were much the same as those of the three largest bells in the present chime. The inventory made on 5th June, 1553, state:

“Felton. Item three belles whereof the least is xxvii ynches the second xxviii the third xxxi ynxhes brode over in the mouthes”.