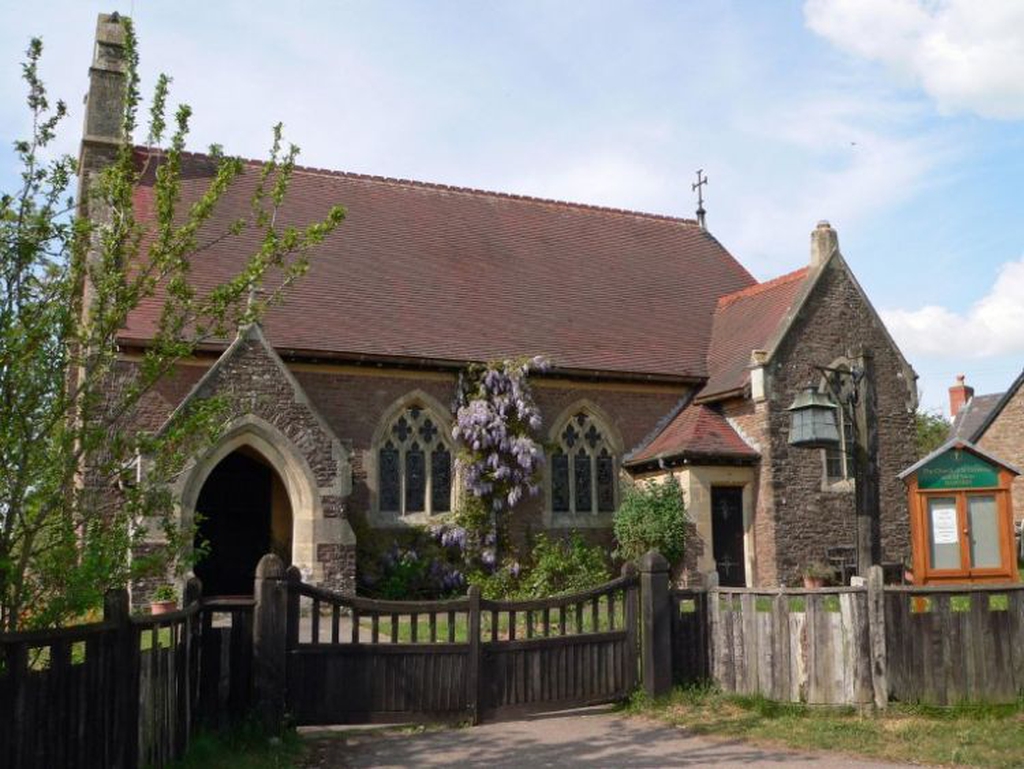 Hamnish: St Dubricius & All Saints
Services and events
News and notices
About us
Find us
Hamnish Leominster
Get in touch
01568 369307
Facilities
More information
Edit this Church

St Dubricius and All Saints' Church, Hamnish, is part of the Leominster Team Ministry.

Consecrated on Ascension Day 1910 the church was designed by the Architect W.S. Weatherley, and built by Messrs Bowers of Hereford in local sandstone with Corsham dressings. Mr. A. W. Walker of Hennor House gave £1,000  to begin the building and the parishioners raised the final £688.

The church is in a compact, decorated ‘Victorian’ style.  The Nave, with retriculated tracery, has a bell-cote and porch. A small vestry is attached to the apsed chancel. The original furnishings all survive with a decorated font, carved oak pulpit and pipe organ. The reredos was gilded and painted by Innes Fripp in 1912. The stain glass windows throughout the building are exquisite. The Sub-Kempe apse windows are by C. C. Powell and were installed in 1918. Three nave windows are by Kempe and Co. installed in 1924, and a further four by Powell and Sons in 1914 and 1921.

Fifty years later a pair of wooden gates was erected to recognise the golden jubilee, and in 2010 the Bishop of Ludlow joined the congregation to celebrate the centenary of the church. Two services a month are held with special services at Easter, Christmas and the Patronal Festival.

The churchyard is immaculately maintained and the building cared for by parishioners who value its special place in the community.

The history of Hamnish village hall is also very interesting. The building was erected in 1887. Often known locally as the ‘Tin Tabernacle’, it was an early example of a building that could be bought by mail order and shipped to the colonies throughout the British Empire as a ’flat pack’ Mission Church. A complete example of this type of early building is preserved in the Avoncroft Museum near Bromsgrove, but photographs displayed on the wall at Hamnish village hall show how the original iron church would have looked at the end of the 19th Century.

In 1910 the spirelet was removed and the bell hung in the new stone church of St. Dubricius and All Saints. The old building was then converted into the parish hall. Some of the original benches remain inside the building.