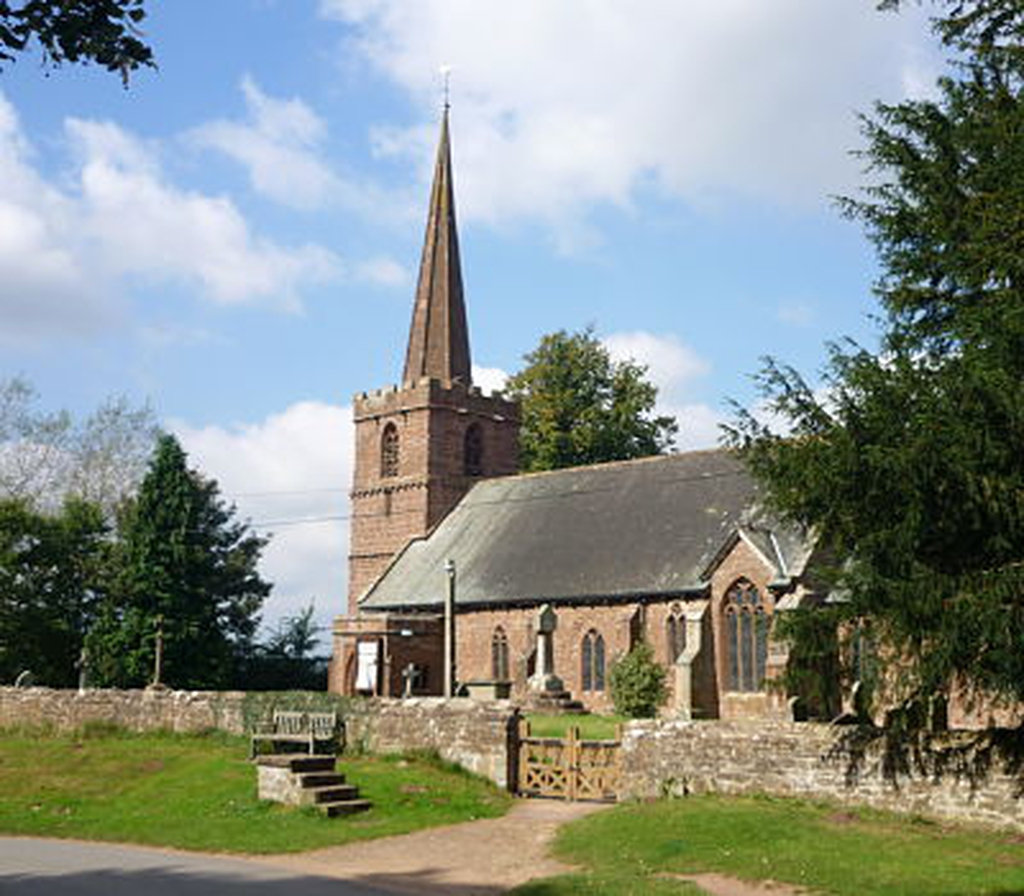 Kings Caple: St John the Baptist
Services and events
News and notices
About us
Find us
Kings Caple Ross on Wye
Get in touch
07824444655
Facilities
More information
Edit this Church
Church of England Diocese of Hereford Kings Caple

Saint John the Baptist church, Kings Caple, is one of the churches in the StowCaple group.

The village of Kings Caple gots its name to distinguish it from the two other "Caples" nearby, How Caple and Caplefore (Brockhampton) and because the originally Welsh-speaking inhabitants now owed allegiance to their English kings.

The churchyard stands on the bailey of a Norman castle, whose motte, known as Caple Tump, stands across the road. This road was part of a Roman road called Caple Street.

The Nave and Chancel are the oldest parts of the church and were built in the 13th century. The tower was added in the 14th century and the last additions - the porch and Lady Chapel - were added in about 1400.

The six windows on the south side are all different and the oldest of these is the high window in the nave built about mid to late 13th century.

Othe features are the pulpit which is Jacobean. The pews were installed in 1638.

The gallery, where the organ once stood, was put up early in the 18th century. Here stands the Benefactions Board from 1796; this shows the six charities established for the Poor by local landowners and their tenants. One of them is called Cake Money by which Pax Cakes ( a type of biscuit) were, and are still distributed every Palm Sunday to the congregations of this church and nearby Sellack and Hentland churches, accompanied by the greeting "Peace and Good Neighbourhood".

The church has six bells, the oldest dating from 1632.

The churchyard contains the graves of inhabitants dating back to the 16th century.