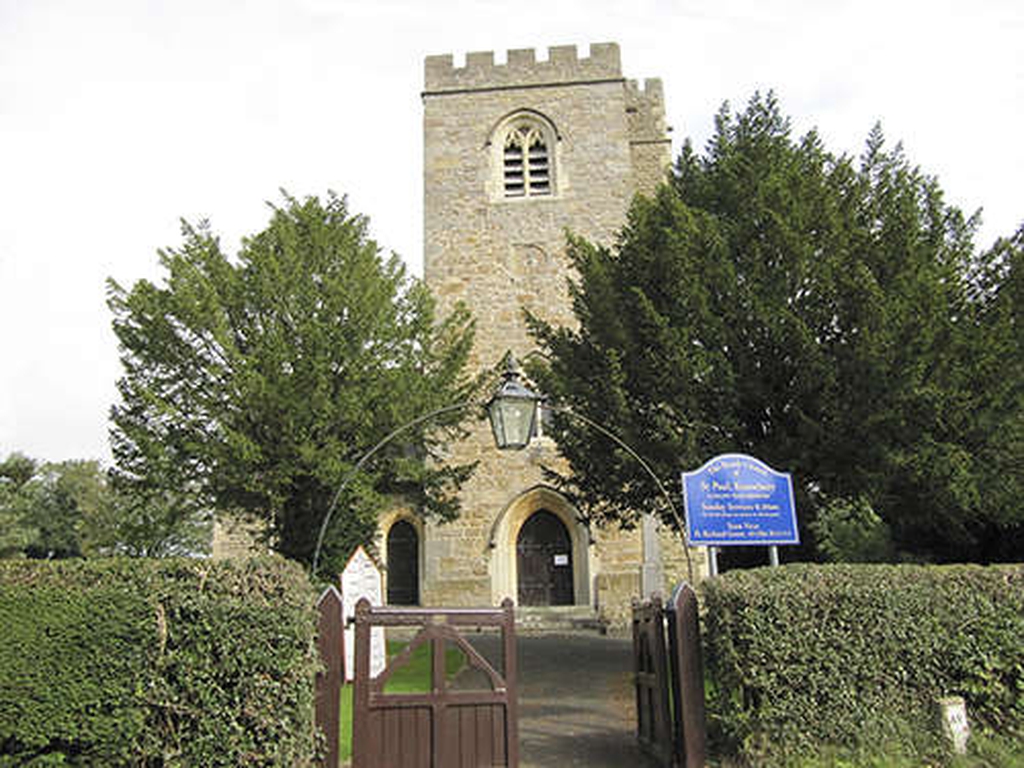 Knowbury: St Paul
Services and events
News and notices
About us
Find us
Farden Lane Knowbury Ludlow
Get in touch
+441584831203
Facilities
More information
Edit this church

“The church on the hill!! such might be the description of the Parish church of St. Paul, Knowbury, near Ludlow, situated on the south western slopes of Titterstone Clee Hill”  These words open the brief history of St. Paul’s Church, first written in 1976 Ian Williams and added to in subsequent years.

Travellers along the A4117 Ludlow to Kidderminster Road or indeed on the Caynham Road through Knowbury village itself could quite easily miss the church and this would be a pity.  It is worth taking the marked turning to see the church, high on its hill overlooking Ludlow itself and the countryside beyond.  From the Tower of the Church (1000 ft) the view is even more spectacular.

The church was built by 1840 on land donated by the Hon. Robert Clive, but unfortunately had to be closed in 1874 for essential work. Re-opening in 1881.  Through the efforts of the Revd F M Williams the church was among the first in the area to be associated with the Catholic revival and thus work on the chancel was started in 1883 and consecrated in 1884.  Much work was done within the church in the following years, with donations of a processional cross, altar cross, candlesticks in 1881, communion table, books, seats and silver communion plate.  The organ (built by Wedlake of London) was given in 1884 at a cost of £191!!  And around the same time an old font history and exact date unknown, was also given to the church by Sir John Dashwood King, together with the tower clock, partly in commemoration of Queen Victoria’s Silver Jubilee, in 1887  Authorities maintain that the Knowbury church clock is one of particular merit.  When the Revd Williams died in 1911 the rood in the church was erected in his memory and in thanksgiving for his very significant ministry in Knowbury.  The church today remains substantially the same as it was when he resigned the living in 1900.

The floodlighting for the tower, installed in memory of David Coles, was dedicated by the Right Revd A S Reeve (a former Bishop of Lichfield)at a service marking the Silver Jubilee of Queen Elizabeth II in June 1977.