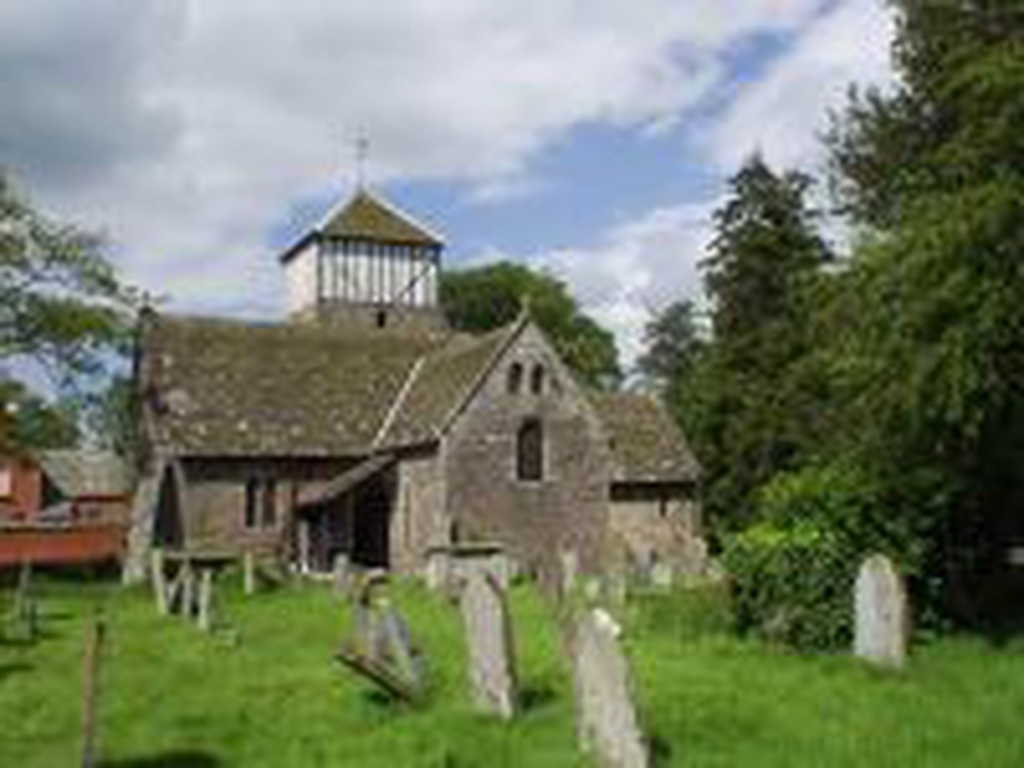 We are a welcoming and inclusive church very much involved with our local community. At present we are offering two services per month, on the first and third Sundays.

The earliest structural fabric of the present church (HSM 1705), the north wall of the nave, is dated to the late 11th or early 12th century.

Architectural features of the north wall include an external string course of tufa, and internal 'herring-bone' work.

The nave appears to have been reconstructed during the middle of 12th century. The chancel was also constructed or rebuilt at this time, and was lengthened in the late 13th century.

The south transept was added c. 1330, and the north tower was begun soon after.

The timber framed top stage of the tower, with its plain boarding and pyramidal roof, was probably constructed in the 17th century.

The south porch, constructed of wood with stone footings, is modern. The church was restored in 1883 (RCHME, 1934).