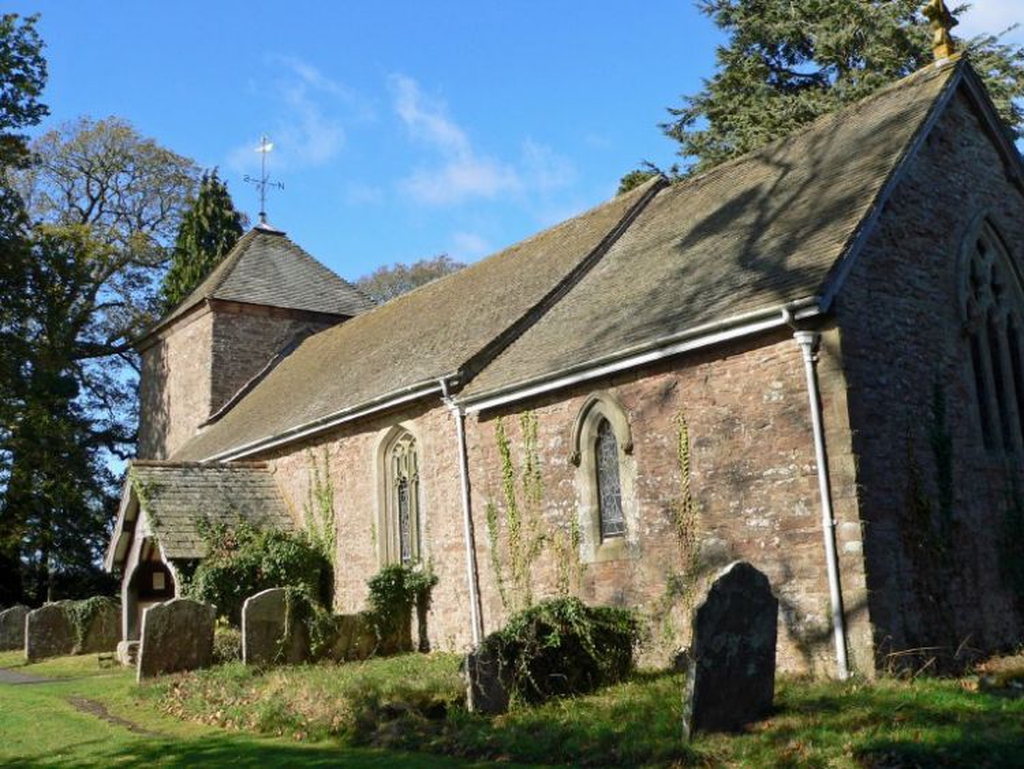 Leysters: St Andrew's
Services and events
News and notices
About us
Find us
Leysters Leominster
Get in touch
01568 369307
Facilities
More information
Edit this Church

Services and Events, to which you would be most welcome.

The church was once virtually a chapel to Tenbury.  It was Appropriated to the Priory of Sheen by Henry V.

The Walls are of local sandstone rubble and the Nave is 12th century.  There are two modern windows in the north wall with a blocked 12th century window between them.  There are traces of a destroyed north doorway.  East of them, there is a blocked 17th century window with wooden frame and mullion.  Two modern windows can be found in the south wall and there is a 12th century south doorway.  The roof of the Nave is later 14th century: eight bays, with collar-beam trusses, collares with curved braces, wind braces cusped to form quatrefoils, moulded wall plates.

The Chancel is probably 13th century.  The south wall was rebuilt in the second half of the 19th century when the church was restored.  There is a modern east window and a modern arch to the organ chamber.  There 13th century window now blocked and a 13th or 14th century doorway which is also now blocked.  There are two detached choir stalls which contain a number of turned balusters which are probably early 18th century.  The Chancel roof is probably 17th century, of three bays,  with collar-beam trusses; below the easternmost truss of the nave is a tie beam with curved braces.

The Font is a 12th century round tapering bowl on a later medieval base.  It is said to have come from Pudleston.

The West Tower is eight and a half feet square; three stories, with a hipped roof and square lead covered capping.  The south and west wall each have a restored window, of one pointed light.  The bell chamber has square-headed loop lights, two in the south and one in the west wall.  There are three bells, the first and the third from the Worcester foundry, about 1450AD inscribed "Sancta Maria ora (pro) nobis" (St Mary pray for us).  The middle bell is inscribed "Fecit 1804, J Rudhall, Gloucester".