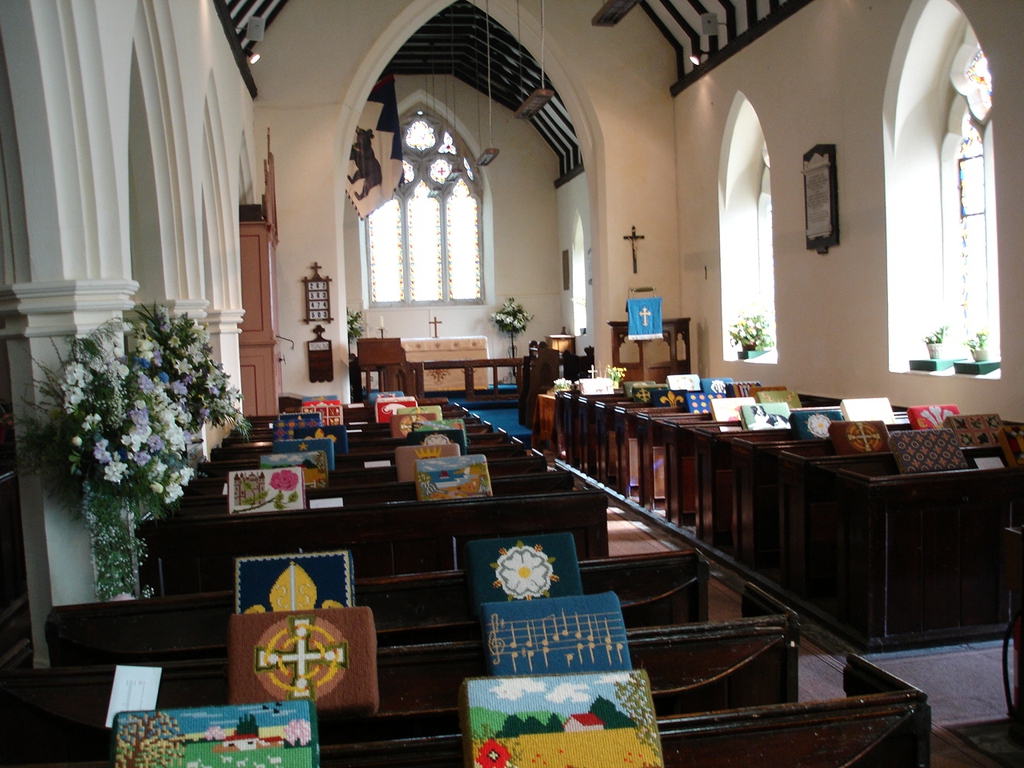 St Mary's Church is situated in the village of Llanfair Waterdine in the upper Teme Valley, on the Shropshire side of the English/Welsh border. It was rebuilt in 1853/4 of local soft stone, replacing two previous buildings dating back to the 1100's. A new bellcote was erected in 2000 to re-hang the existing bell taken from the old tower which had been demolished in 1975.

The interior is light and is enhanced by many woven kneelers and with names of local houses and farms embossed on the ends of the pews. The Garter banner of Sir John Hunt, leader of the 1953 Everest expedition, hands in the church and the organ has a barrel attached which can play ten hymns. There are several organists at present and the Benefice Organists Guild works to cover all services in the Benefice.