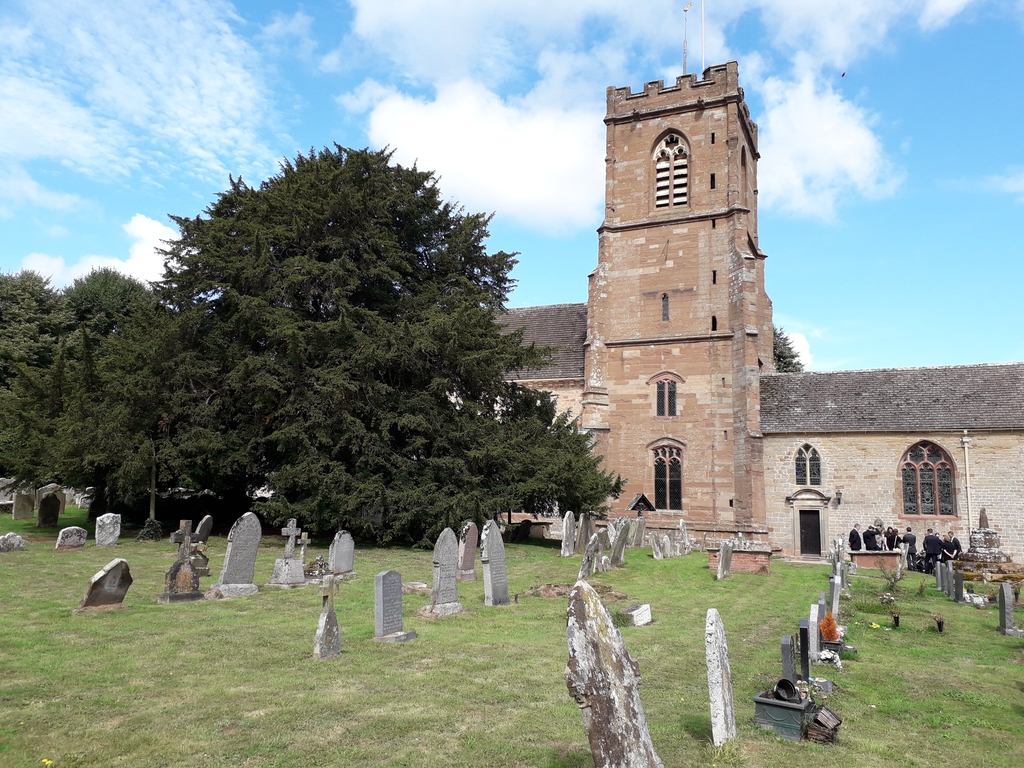 Much Marcle: St Bartholomew
Services and events
News and notices
About us
Safeguarding Policy and Officer
Find us
off B4024 Much Marcle
Get in touch
(01531) 634035
Facilities
More information
Edit this Church

The toilets are available during services and events only

A full induction loop is installed

St Bartholomew’s dates from the 13th century and is of considerable architectural interest. The church is normally open from 9am until dusk. If you visit our church, give yourself plenty of time to look round.

The Norman tub font is mid 12th century and is the sole remaining relic of the Norman Church which once stood on the site.

Beside the church, hidden by trees, is the motte where Mortimer’s Castle once stood. It is thought that the church tower could have been built from the stone that once formed the castle walls.

Inside the church are several beautifully carved tombs including:

This highly finished and costly altar-tomb is in excellent preservation; it is thought to be Italian work. Sir John Kyrle is in rich armour; his head rests on a tassled cushion, hands elevated, laced sash over his left shoulder and the scabbard of his sword decorated with emblems from his coat of arms. His feet rest on his crest – a hedgehog; on the mount is carved ‘NIL MOROR ICTUS’ which means ‘NEVER MIND THE BLOWS’.

On his left is the effigy of Sybille Scudamore his wife in rich attire. Her dress has slashed sleeves, the petticoat richly fringed and embroidered, with a large ruff and chains about her neck; her hair is curled and her bonnet highly ornamented.

Her feet rest on her Scudamore family crest – a bear’s paw issuing from a ducal coronet; the crescent denotes a second son.

2. Blanch Mortimer, wife of Sir Peter Grandison and daughter of the 1st Earl of March Sir Roger Mortimer. (d.1347). The effigy lies in a tomb against the north wall of the chancel. Simon Jenkins, in his book “England’s Thousand Best Churches” says of Blanche “with an image as lovely as any bequeathed us by a medieval church” and refers to her as Much Marcle’s ‘sleeping beauty’. She lies in a recess beneath a 14th century canopy carved with the Mortimer and Grandison Arms. The body is beautifully carved with fine hands holding her rosary and dressed in a loose fitted gown with tightly buttoned sleeves and headdress. Unfortunately, the dog’s head at her feet is missing together with some of her gown draped over the plinth.

3. WALTER DE HELYON (d. after 1357) On a grey painted oak plinth installed in 1994 lies the effigy of Walter de Helyon, a 14th century yeoman or franklyn, carved out of oak. This is one of only two wooden effigies remaining in Herefordshire, the other being at Clifford near Hay-on-Wye. His face is bearded and his head, with his brown hood off, rests on a green tasselled pillow, with his hands together in prayer. He wears a tight red fitted tunic with gilt-buttoned front and sleeves. A wallet and a sword are buckled to his girdle and a lion rests beneath his crossed feet in their black shoes, its tail curing around his left foot. Attached with gilt metal studs to the centre panel of the plinth is a wooden panel, painted in red roman and italic caps in three sizes within a narrow red border, reads THIS PLINTH WAS GIVEN BY ALEC MALCOLM O.B.E. T.D. 1910-1994 OF PHILLIPS HOUSE MUCH MARCLE. TO THE GLORY OF GOD.

The tower has a peel of six bells. There is a regular village team of ringers, and together with teams from other local churches are available to ring for weddings and other special occasions. contact Diana Dickinson "[email protected]"

The church hosts regular concerts, in particular in May with Hellens Music as well as other groups and choirs. the church is a frequent venue for "Music in Quiet Places" under the auspices of the Herefordshire Historic Churches Trust

The organ is a single manual instrument by Nicholson.

There are guide books available in the church to buy both as to the history of the building and the stained glass.
Souvenirs are also available

The church is open daily from 9am until 6.30pm or dusk whichever is earlier

The church is in the village conservation area. The building is Grade 1. The churchyard contains several listed monuments, in particular the base of a preaching cross. There is a spectacular ancient yew tree in excess of 1,500 years old