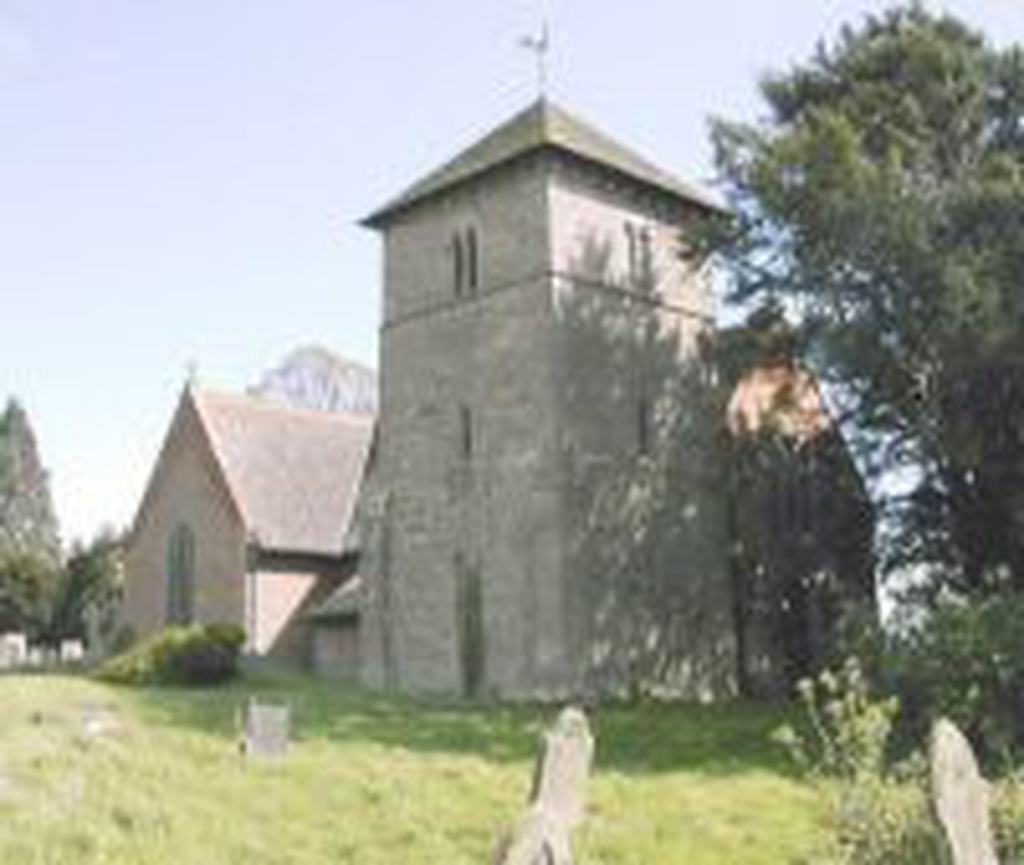 Norton Canon is noted in the Domesday Book as belonging to the canons of Hereford cathedral, and has belonged to that body without interruption to the present day.

Porch - Very little remains of the old church, except for the 13th century tower which has 5 bells, but it is accepted that the church was built during the 13th century, although a stone piscena kept in the vestry indicates a 12th century church.

The church stands alongside a Roman road between Sarnesfield Eccles Green ( Eccles possibly from the Welsh eglwys, meaning church.)and Portway.

The discovery of a Roman incised stone in the foundations of the church may indicate an even earlier religious site.

It is possible that Christians have walked the paths to this church for 900 years, enjoying the same panoramic views we still enjoy today.

At present we are offering one communion service per month, on the first Sunday of the month at 9am.