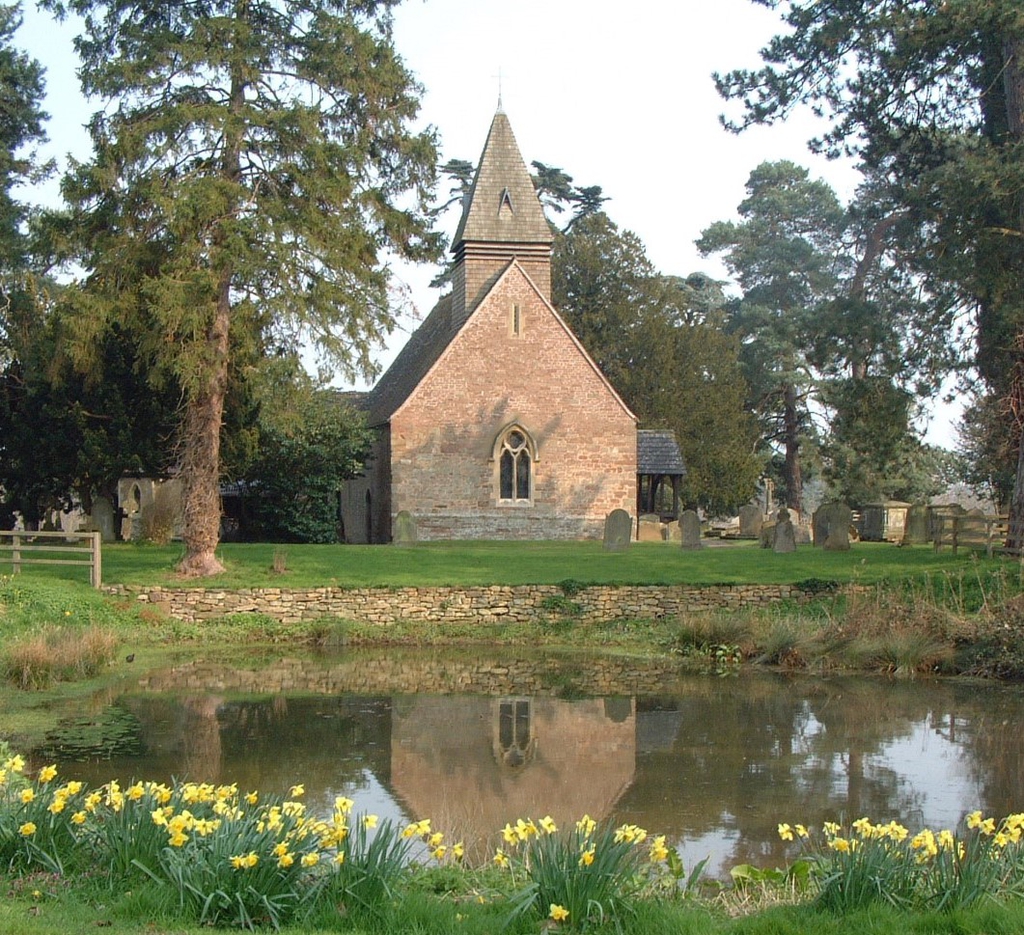 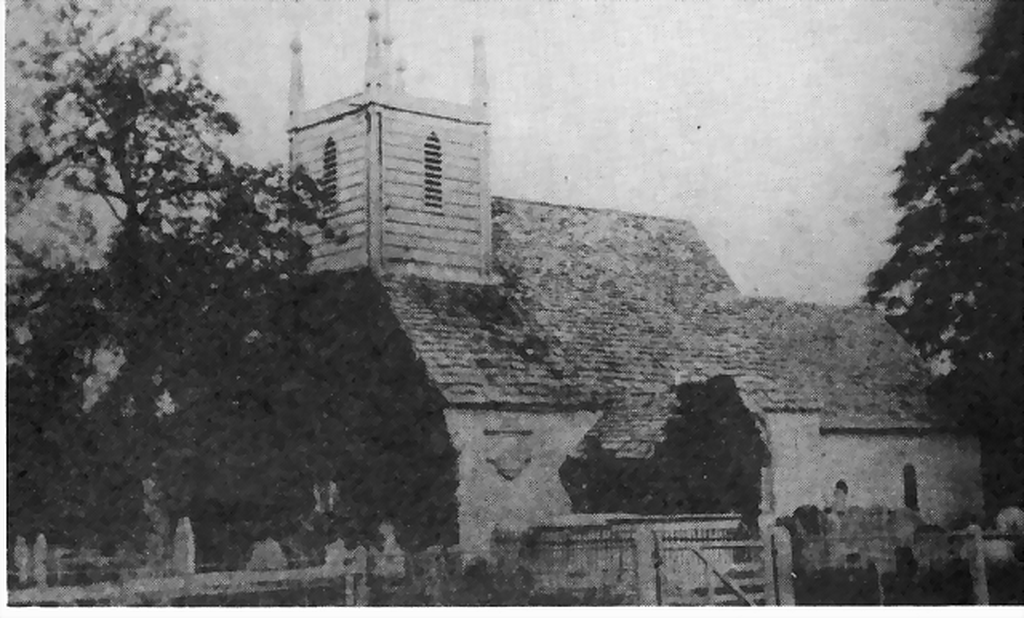 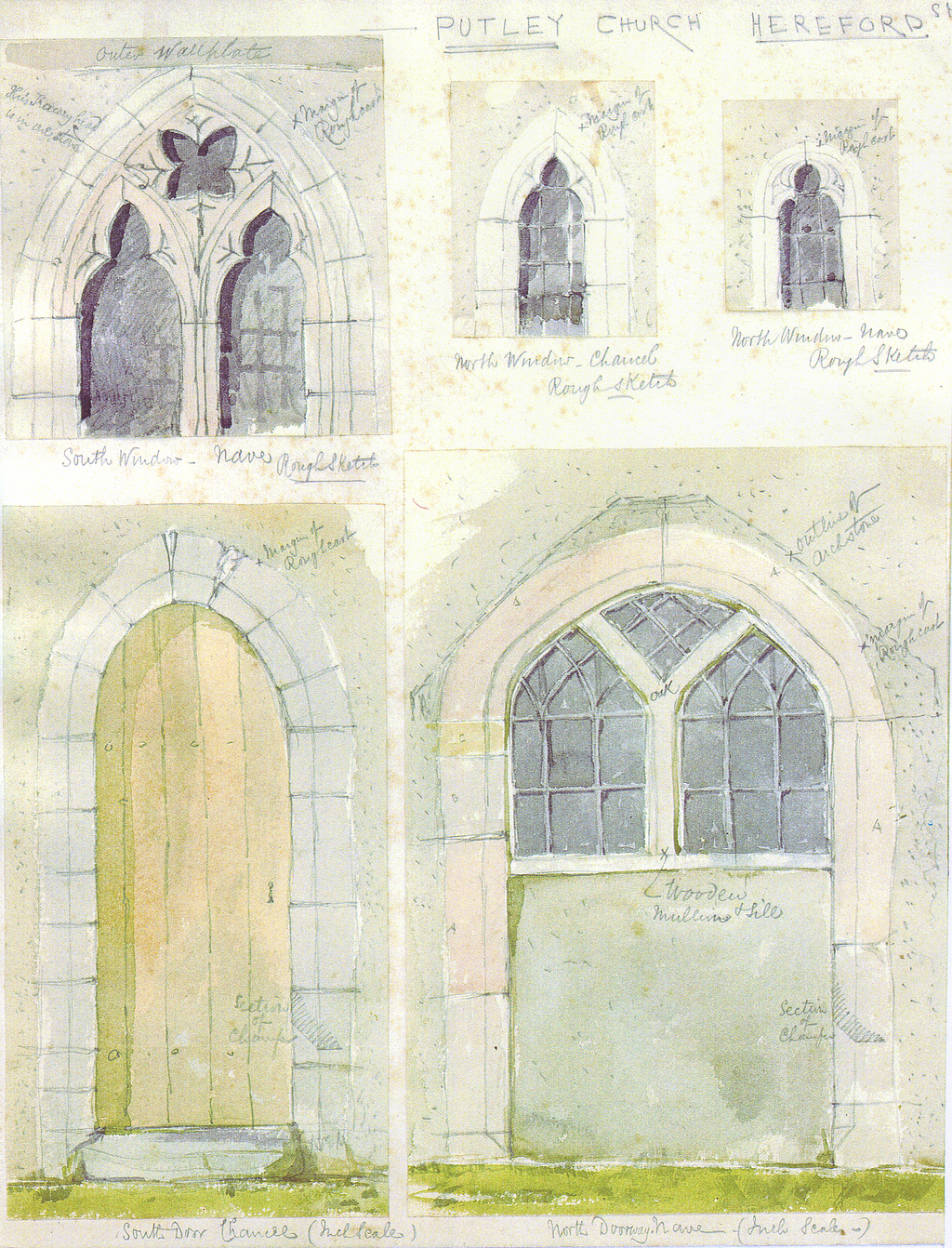 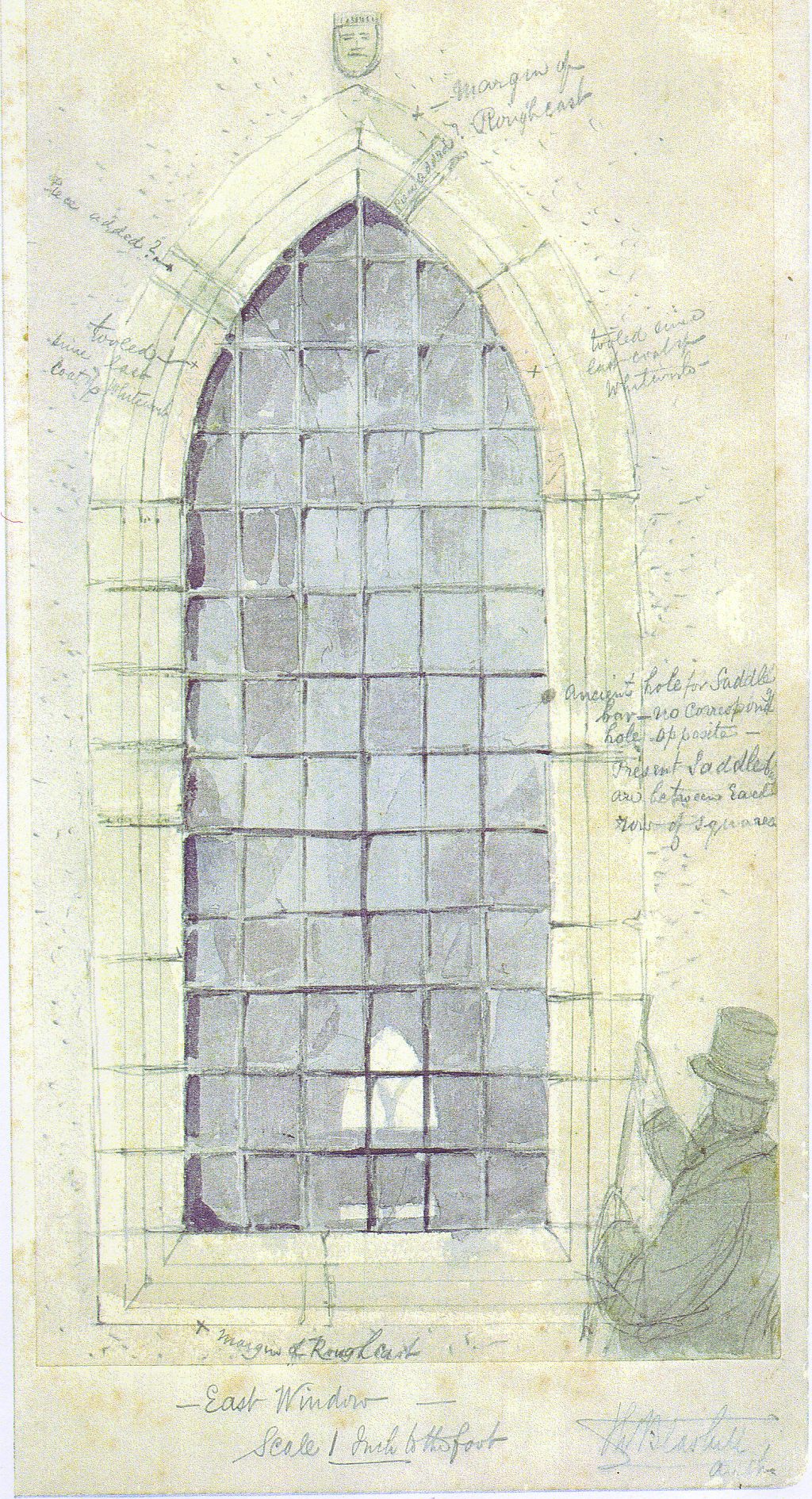 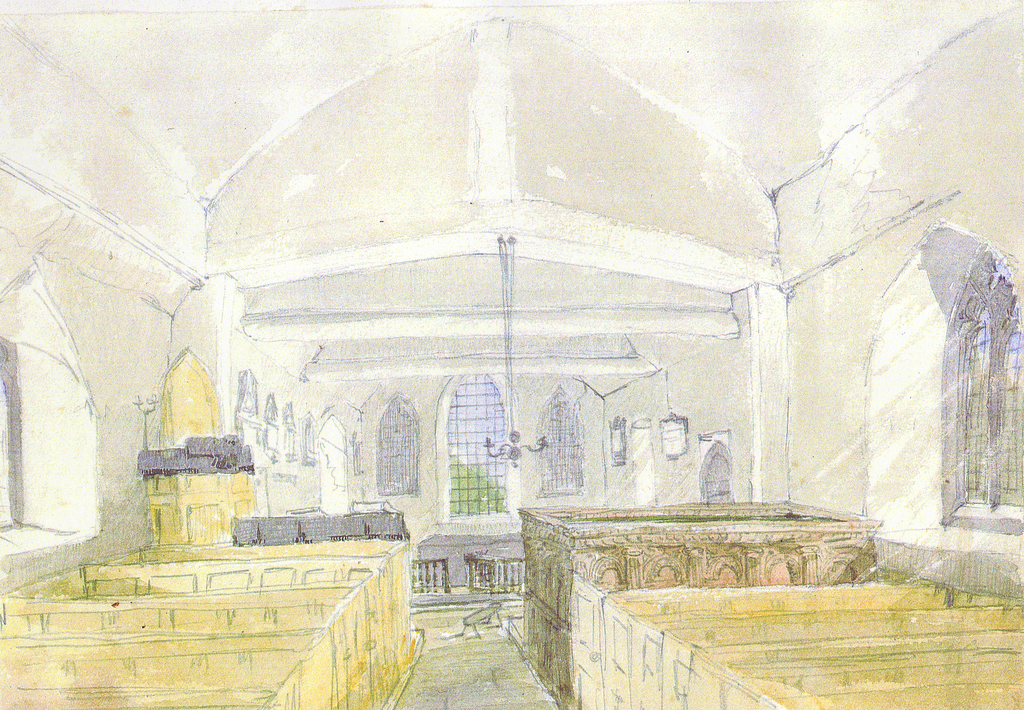 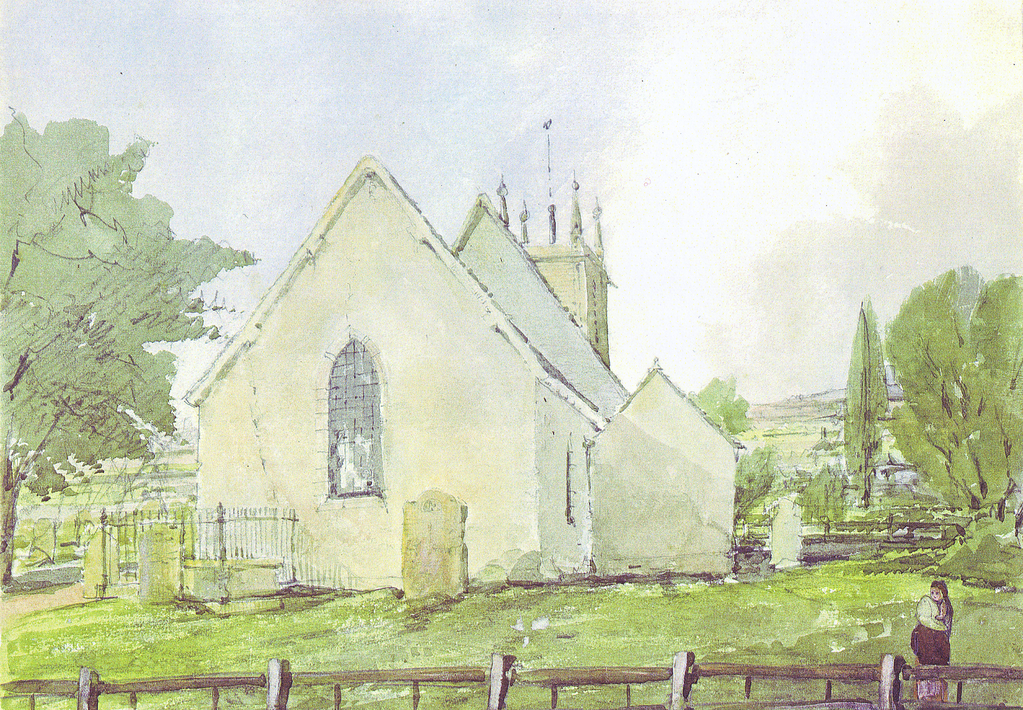 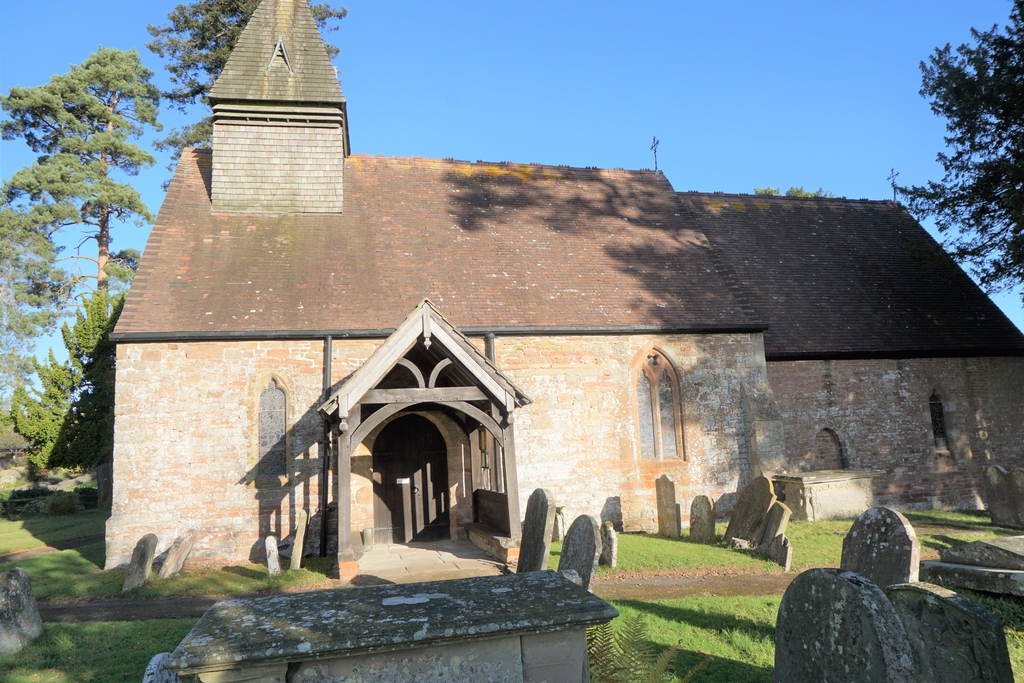 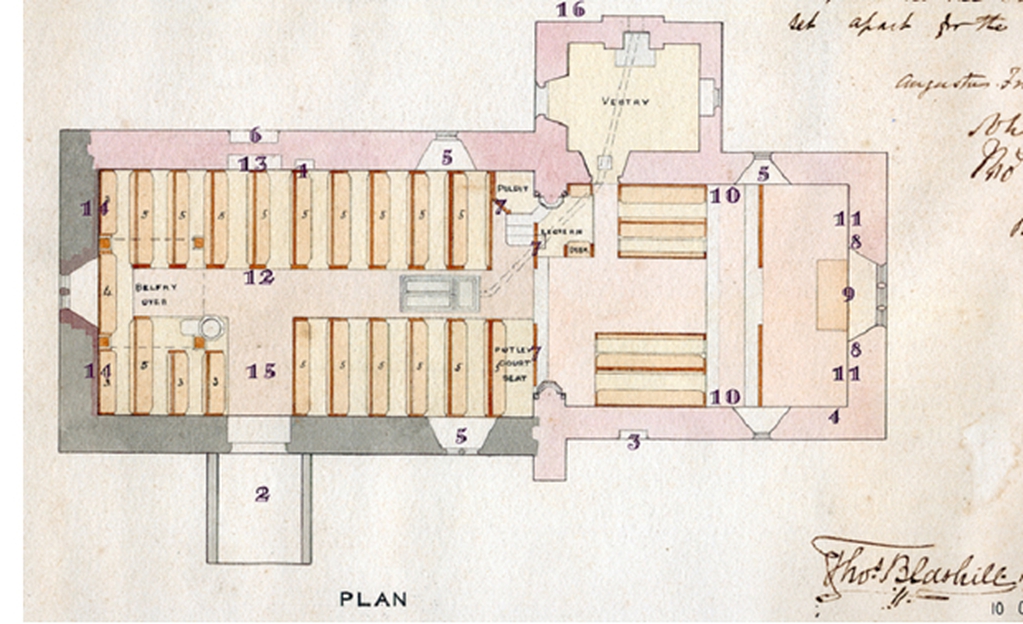 Welcome to our Church. The Nave lights are on the left of the main door and the Chancel lights by the door to the vestry; please switch off when you leave. There is a Visitors’ book that we hope you will use. If you have a particular interest in the Church or Churchyard do please give your address.

If there is a more delightfully situated country church In England, I want to see it! Putley's church stands in rural splendour, reflected in a small pond, surrounded by tall trees and farm fields. In such an idyllic setting you might expect to find an ancient church, but the current church (dedication unknown) is largely the work of Victorian architect Thomas Blashill of London, begun in 1875. Blashill's design is a lovely example of 'High Church', or Anglo-Catholic style, incorporating pieces of an earlier medieval church on the site, including several 13th century windows and a piscina of similar age. - Britain Express

1st Sunday, 9:30 - 10:30, Contemporary Morning Prayer. A service of the Word using a variety of liturgies, songs and hymns.

Saturday September 5th Remembrance of Loved Ones Service held in the Churchyard @ 16:00

To see other seasonal services and events click here

At the time of its extensive restoration in 1875/76 Roman remains were found in the very foundations of the North wall. So the Church is built on or near the site of a Roman villa or settlement. Putley was a Saxon manor called Poteslepe* and was held by Tostin at the time of the Conquest. There is however no evidence of a Saxon Church. The original Norman Church on this site which probably covered the same area, but of which only a few remains have been found, is known to have been built by William d'Evreux, around 1100. At the time of the Domesday Book in 1086 he held the manor of Poteslepe as a feudal tenant of Roger de Lacy who had been granted large tracts of land in Herefordshire. The Domesday entry reads “The same Roger holds Poteslepe. And William of him. Tostin held it. There is one hide geldable. (ie. liable to tax.) On the desmesne are two ploughs and there are two villeins and one bordar with two ploughs. There are two serfs there. It is and was worth twenty shillings.” William gave the patronage of the benefice to the Dean and Chapter of Hereford Cathedral.

* or Potesleche or even Poteslewe or Poteslowe. The Norman scribes had problems in the translation of Saxon letters that had no direct Roman equivalent.

Remains of the original Church

What exactly happened to the original Norman Church is unknown but in 1875/76 the Church was largely rebuilt and that which preceded it had clearly been much altered from the original Norman style. (See the Architect’s drawings of the church before rebuilding). Some of the walls, for instance the south wall of the nave and part of the west wall, were left standing but most were rebuilt. (See the Architect’s new floor plan that differentiates, by colour, between new and retained walls.) Where appropriate original features were rebuilt into the new structure or restored. Some windows and the original mediaeval tie beam and roof which had previously been plastered were clearly retained or reused. Other items were incorporated into the new structure.

Followed by coffee and biscuits and a friendly greeting from everyone.

A message from the Reverend Val Tait