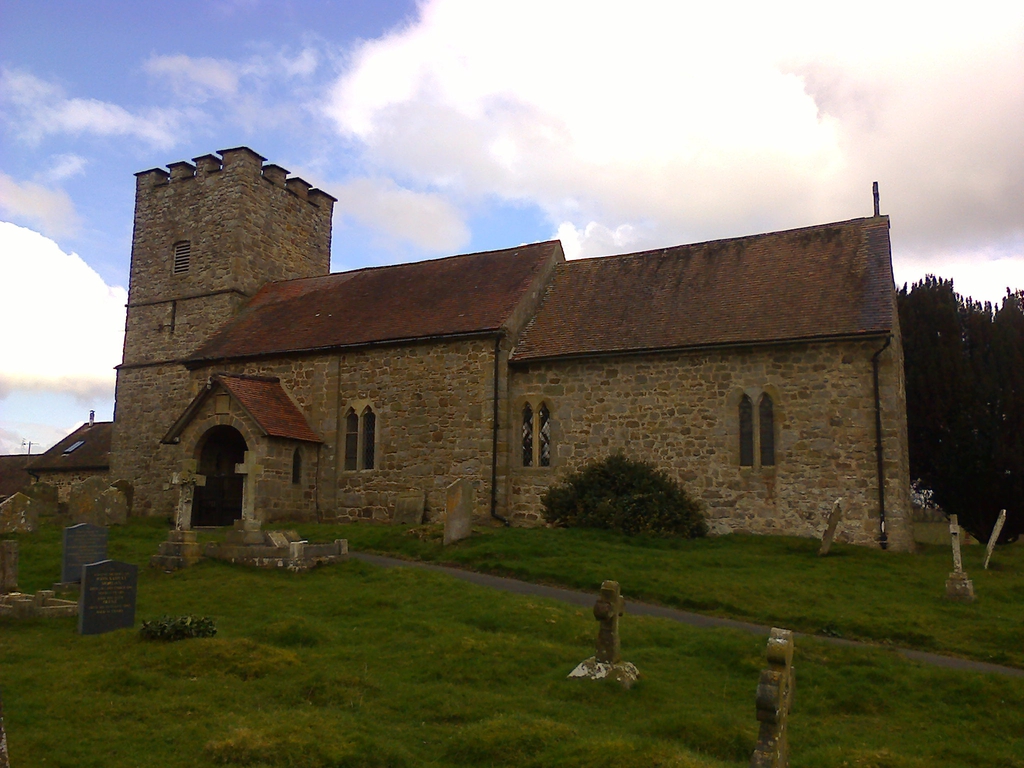 Silvington: St Michael
Services and events
News and notices
About us
A Bible Story for younger people
Arranging a Wedding
Christening - celebrating a new life
Confirmation 2019
Funerals - thanksgiving for a life completed
History of the Church
SAFEGUARDING
This Week's Pew Sheet
Wheatland News
Find us
Silvington
Get in touch
01746718127
Facilities
More information
Social
Edit this Church

Silvington lies on the lower slopes of the Titterstone Clee Hill, at the foot of Silvington Common, part of the Shropshire Hills Area of Outstanding Natural Beauty. The lanes wind down from the hill through a farmstead, which has the church set up on a lofty churchyard in its midst. The farmhouse, an old manor house, may originally have been part of a monastic house here, and perhaps the church has its own origin here as well.

The church has a Norman nave, and a chancel from the early 1300s. The tower is probably Transitional, later than the nave, the font twelfth century and the splendid oak door is dated 1639, just three years before the Civil War began. There is evidence of repairs and some rebuilding, together with minor reorderings, but the place is so tucked away that no major updating or improvement in Victorian times.

Although this must be one of the smallest parish populations in the diocese, the church is lovingly looked after, and there are two services a month: Evening Prayer on the second Sunday at six-thirty, and Holy Communion at nine o'clock on fourth Sundays.  In addition, all the major festivals are celebrated here: Christmas Carol Service, Christmas morning Holy Communion, Easter Communion and Harvest Festival. This year we have reintroduced the service for Plough Sunday, this being largely an agricultural community.