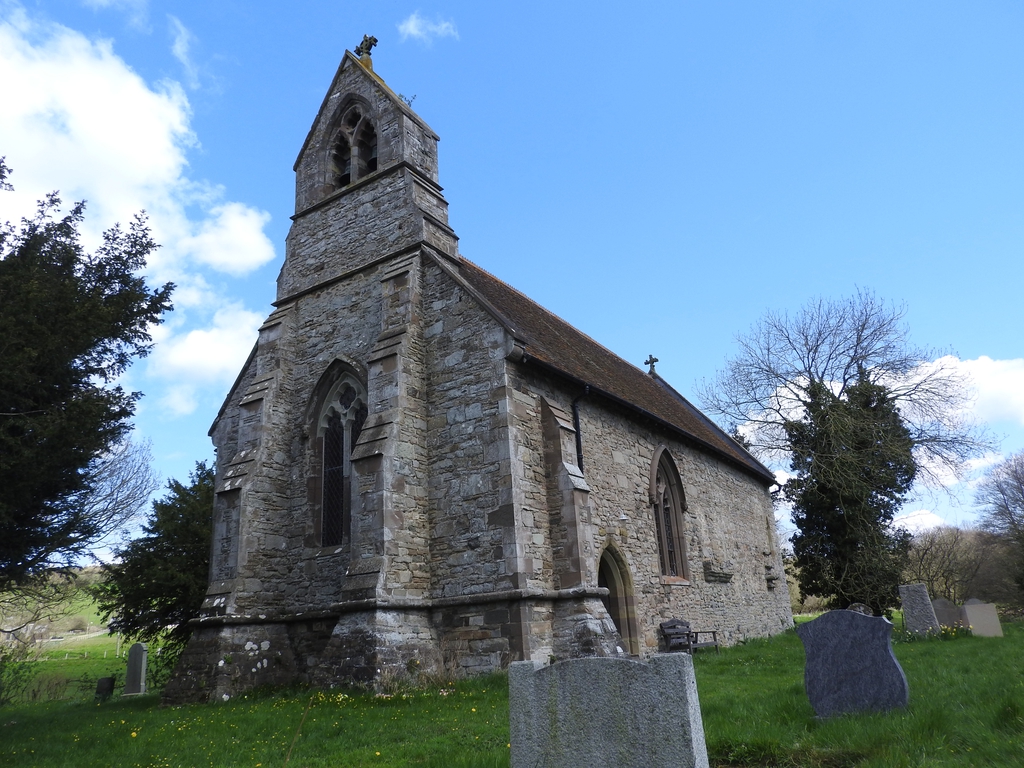 Snead, St Mary the Virgin
Services and events
News and notices
About us
Find us
Snead CHURCHSTOKE
Get in touch
01588 650580
Facilities
More information
Social
Edit this church

This small, picturesque church is uniquely positioned on the banks of the River Camlad and is located in Wales.

Recent archeological investigations have shown that 11th centuary dwellings or buildings formally existed very close to the church. A village of Snead was possibly built with the church in its midst, or perhaps is was built as the Chapel of the Priory founded hereabouts in the 12th centuary by Lord of Montgomery, Robert de Buthlers. The Priory was later moved to Chirbury.

Not much larger than a chapel, the church has a small belfry, where medieval bells have recently been restored to their positions. The church is surrounded by a small raised churchyard with retaining walls and ditches. This indicates that it is an ancient site where a wooden church may have been built before the first stone building of the 13th/14th century. The churchyard contains several Yew trees, one ancient. The grassland contains many species which indicate that the ground may have been undisturbed for centuries.

A close look at the south wall of the church, where the present entrance is located, shows that there may at one time have been an outdoor preaching platform. This could be attributable to the Augustian monks who founded the Priory, as they were known to preach outdoors. On the north window are two unusual faces carved in stone. Much of the north and west of the church was rebuilt on 1870.

Inside it is mostly undercorated, with bare stone walls. There is a Victorian screen and pulpit (part of which is much older). The Victorian floor tiling remains in good condition. The font, dated 12th century, could have been a relic of the former Priory. This was not originally made as a font, but as a quern - a vesel for corn or liquid with a pouring lip on the edge of the rim.