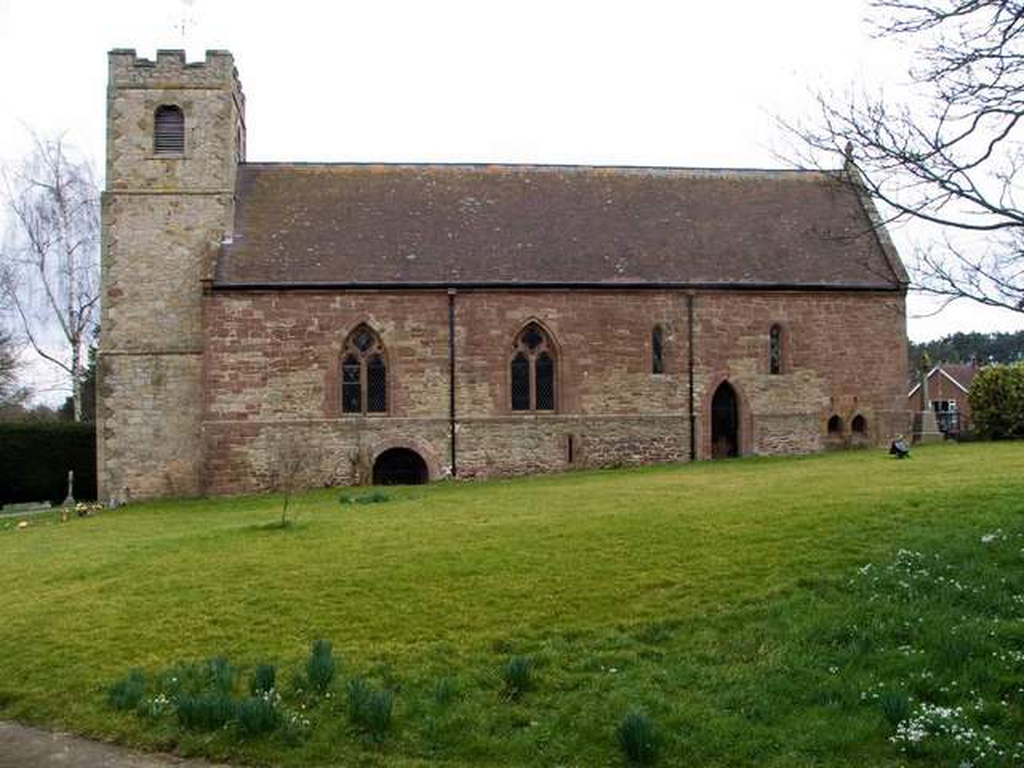 Recorded in the Domesday Book this church was originally part of the medieval motte and bailey. The church dates from around 1200 A.D. and is of particular interest architecturally. At one period the local population was protected from the Welsh on the ground floor. At another the congregation worshipped on the 1st floor level which has since been removed.

The organ is listed among the top six hundred in the Country and there is a small tapestry piece in the nave said to have been worked by Mary Queen of Scots.

The church is part of the Steeplewood Fold group of churches and comprises six parishes – Stapleton, Dorrington, Longnor, Leebotwood, Smethcote and Woolstaston. The parishes have an approximate civil population of approximately 2000 and most lie to the west of the A49 trunk road between Shrewsbury and Church Stretton: approximately 5 miles distant from each.