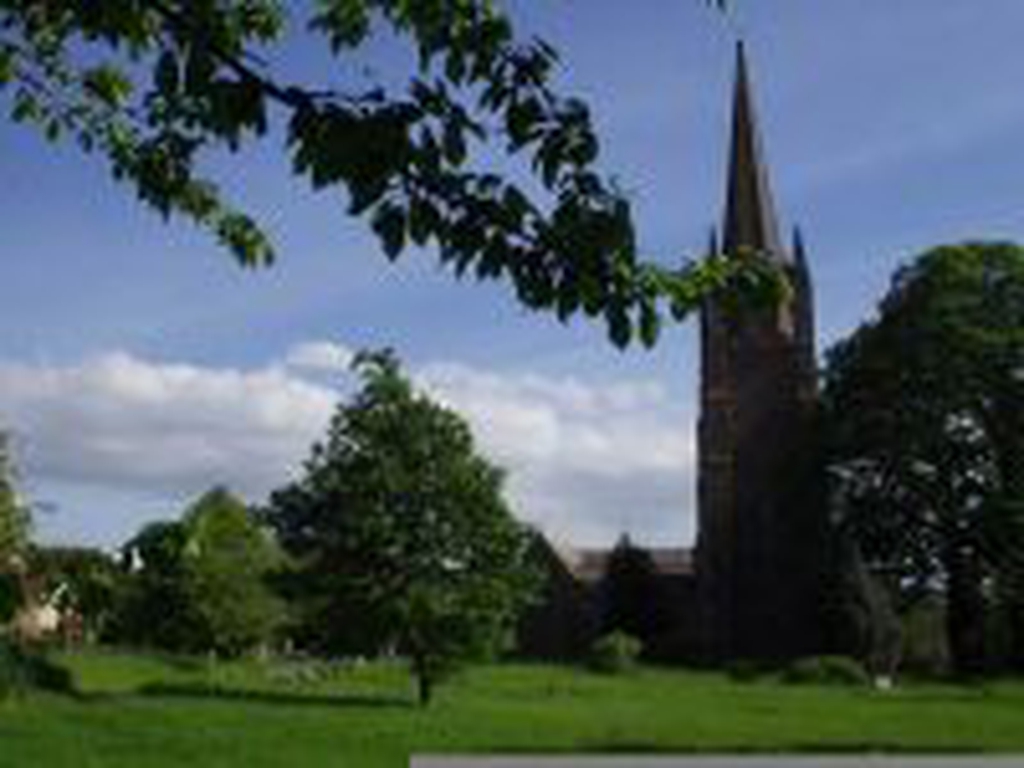 The tall 14th century tower is the only spire in the country to be supported by little flying buttresses connected to pinnacles rising from the tower.

The south doorway is Norman with zigzag decoration and the chancel and south transept are late 13th century.

The five bay arcades with octagonal piers and ballflower, the clerestory, the north transept and the image recess south of the chancel green are 14th century. There are some fine 15th century figures of little angels in the tracery of the north window.