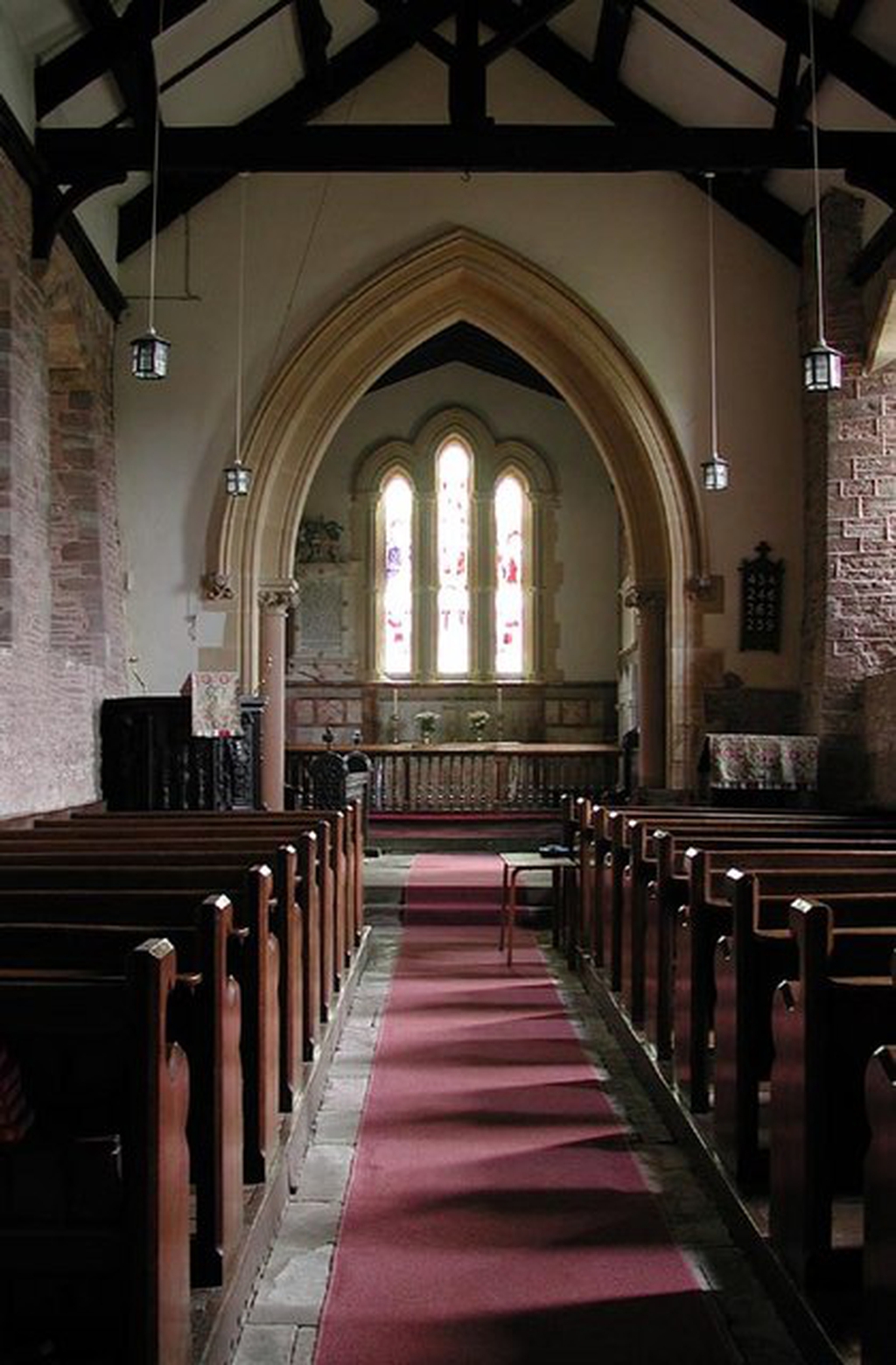 St Peter's Wormbridge is part of the Ewyas Harold Group of Parishes.    www.wormbridgeandstdevereux.co.uk

This Church is 12th century in origin. In c.1189 King Richard I granted the manor and Church to the Knights of Saint John of Jerusalem at Dinmore. The Church was lengthened and the tower added in the 13th century. Some of this fabric, such as the north nave doorway and the base section of the tower, has survived by being incorporated into the 19th century restoration work. The original dedication may have been to Saint Thomas. The beautiful stained-glass includes, from the 14th century, Saints Peter, Paul, Edmund the king, Catherine and Stephen, and a group depicting the Massacre of the Innocents; from the 15th century the stained-glass is of the Virgin and Child. Other fragments are 17th century as is the panelling. The partly Jacobean pulpit and other woodwork were 19th century gifts. The principal monuments are of the Clive family, descendants of Clive of India, who lived at Whitfield Court.

ST DEVEREUX FLOWER FESTIVAL Easter Weekend 2017 - Saturday, Sunday and Monday 11am to 4pm with Songs of Praise on the Sunday 16th at 3.00pm.

SERVICES.  We will be in vacancy from May 2017 and so the normal service pattern may be altered on account of availability of service leaders.

FROM MARCH 2015 ST PETER'S WORMBRIDGE'S SERVICE WILL USUALLY BE AT 10AM ON THE 3RD SUNDAY OF THE MONTH - Communion (CW Trad Lang.), or Matins (BCP) or an Informal Service.

We share services with Kilpeck on the first Sunday of the month (6pm) and with St Devereux on the second Sunday (10am).  On the fourth Sunday we worship elsewhere in the Ewyas Harold Group of Parishes.  On a 5th Sunday and the Sunday after Christmas there is a 10am Group Communion somewhere in the benefice.  NOTES:-

Harvest Festival in October shared with St Devereux - to be arranged.

You are most welcome to join us.