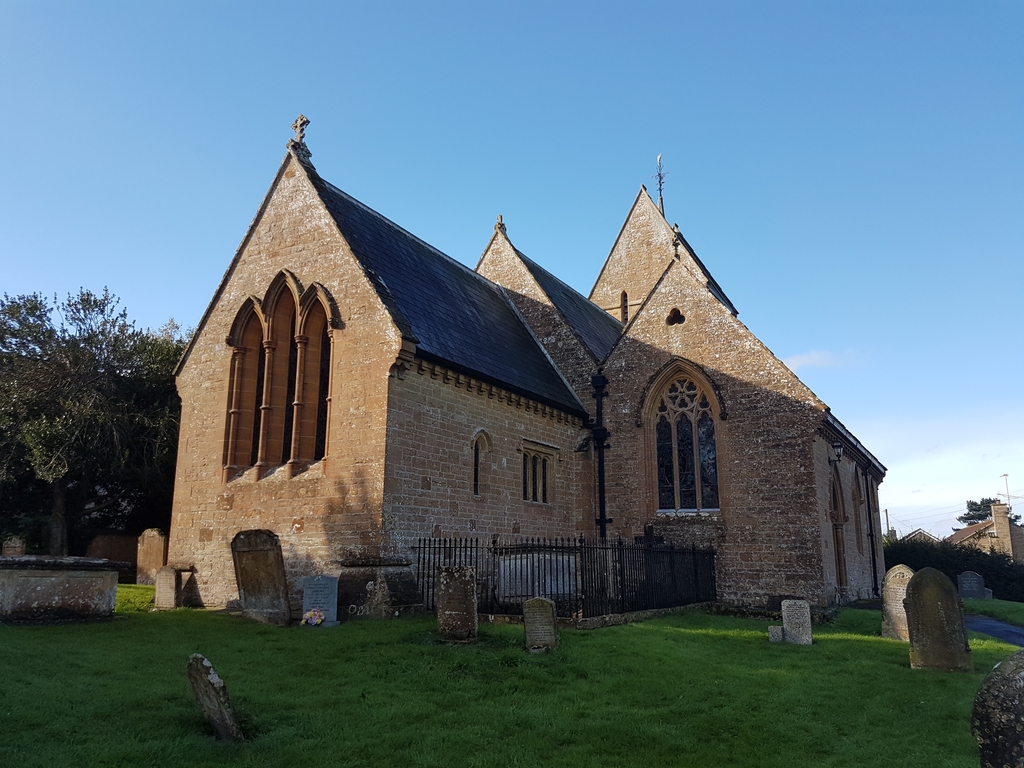 Situated at the centre of this small village, in a conservation area, a <span style="font-size: 1rem;">place of worship has stood on the site for many centuries. The list of Rectors starts from 1293 (see the list in the church). The building was described as a Chapel in a will of 1519 and was attached to the living of Chiselborough.</span>

In 1889 the old church was demolished and a larger building was erected. The tower was re-built, using the original stone, a few yards to the west and a belfry was added under a saddleback tower. The interior of the new church was designed in imitation of 13th century architecture and the rebuilding retained a 13th century lancet window in the north wall of the chancel. Many of the memorials refer to members of the Hayward and Ford families. Richard Hayward, sailcloth manufacturer, and Mrs Sarah Woodcock (née Ford) were the principal donors of funds towards the cost of rebuilding. The new church was opened at a service conducted by the Bishop of Bath and Wells on Thursday, 24 July 1890. The architect was Charles Kirk of Lincolnshire, and the builder was Charles Trask of Norton sub Hamdon, who used stone from his quarry on Ham Hill.

In 1970 West Chinnock became an ecclesiastical parish in its own right; from 1977-2017 it was in a group of four parishes, and, from January 2018, it has been part of the Ham Hill Villages Benefice group of seven parishes.

The Church of England Primary School is directly opposite the church on Scotts Way.