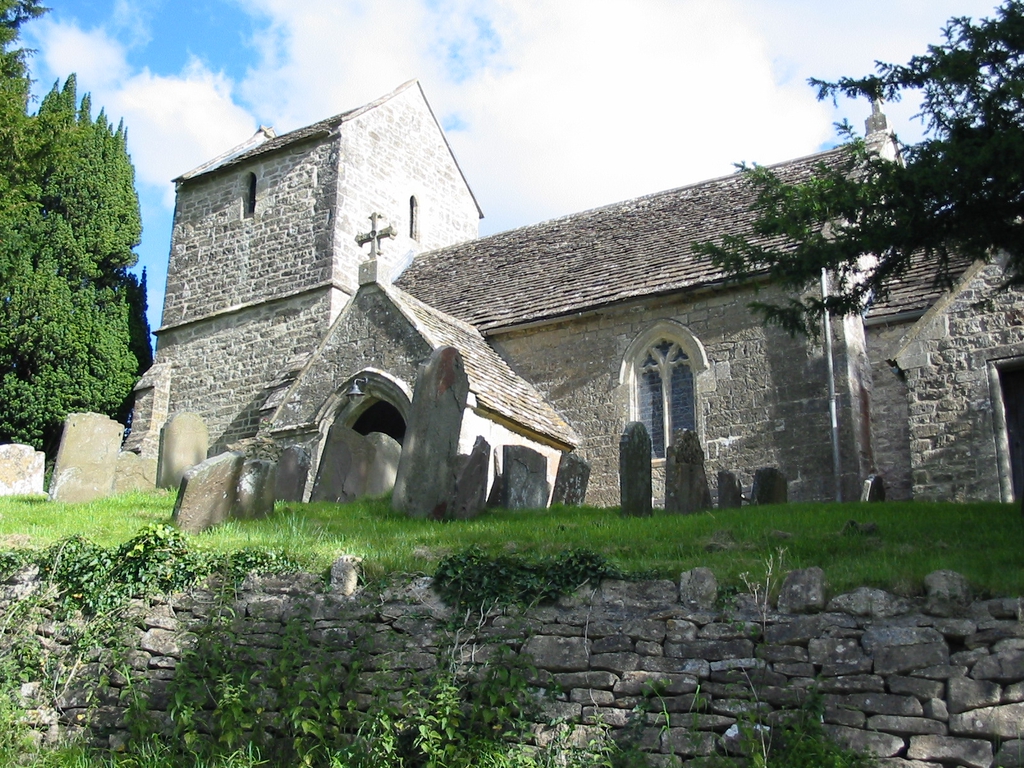 In the beautiful Swainswick and Woolley valley which lies below the A46 and Lansdown, less than 3 miles north of Bath, is the little church of St Mary Magdalene at Langridge. Although built long ago by the Normans, not many people know it is there nestling

peacefully in isolation on the hillside with just a farm and its buildings for company. The Saxons and Romans had been here before and over the centuries the church has witnessed historic events. The battle of Lansdown was fiercely fought on the neighbouring hills in the Civil War. The parish's earliest mention is in the Domesday Book (1086).

Langridge church has retained much of its early architectural elements like the carved zig zag design of the porch arch as you enter, the ancient font and the C11th Mother and Child above the fine chancel arch. Later additions like the Jacobean pulpit, with a face carved above in a flaming sun, was given by a member from the Blathwayt family of nearby Dyrham, one of three who were rectors here. In the C19th an enthusiastic vicar carried out alterations. He assisted in the carving of the bench ends carried out by a talented group of women carvers from Bath. The beautiful stained glass windows and the rounded apse which replaced the original East end, have further added to the building we see today.

Some facts and figures about Langridge Church….

Francis Waldon (died 1613) left one sheep each to three of his servants and instructed the executor of his will ‘not to remove any glass…. or cheese press’

There has been continuous worship in the church since 1086