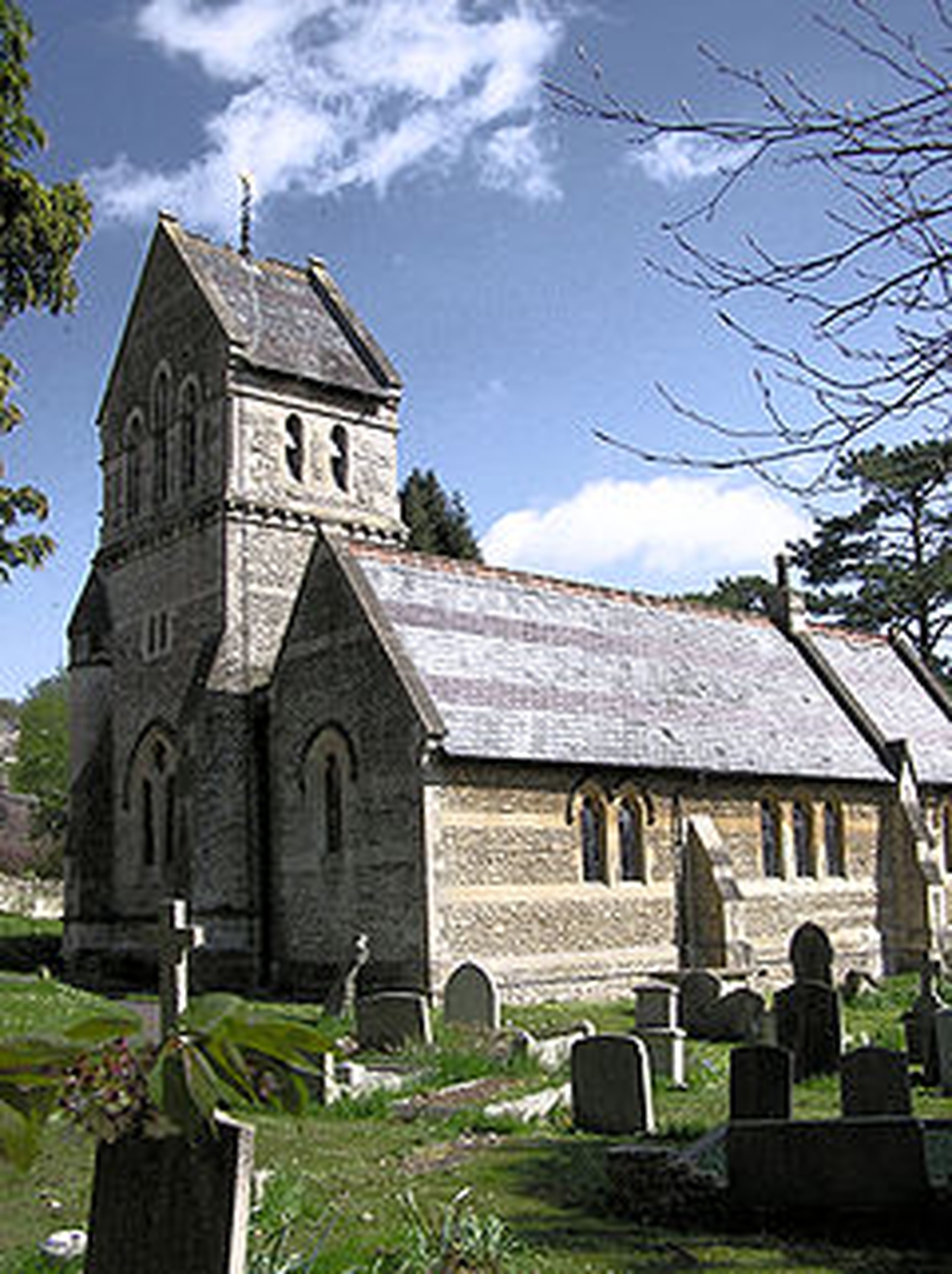 The church has "traditional style" services on Sundays at 11:00am, followed by coffee. Services are usually announced by hymn tunes played on the excellent chime of 8 bells.

The earliest reference we have to a church building speaks of a Norman church, some 50 feet by 16 feet with a tiled roof and at the west end, a little stone turret with two bells; it is probable that if the original building was Norman, the "stone bell cote" was added later, since the two bells are almost certainly those now standing on the west window sill, which are considered to be from the 13th and 14th centuries.

This first church 'was undoubtedly on the small side - a Vestry Meeting minute of 1757 says that the chancel contained "at least two pews" - but by the beginning of the 19th century it had deteriorated badly, and was demolished, a replacement being built in 1814, to seat 95. The second building was, however, short-lived; when Francis Pocock was appointed Vicar in 1863, he decided that it was both too small and too dilapidated and set about the building of the present church, which was opened amid general rejoicing in 1865. The descriptive article in the Bath Chronicle of the time calls it “a handsome temple capable of seating 300 worshippers” but they must have been tightly packed, since even with the addition of the north aisle in 1881, built mainly to accommodate the boys from Monkton Combe School, we have to squeeze in our Carol Service congregation of some 120!

The West tower of 2 stages with a saddleback roof and weathervane; set back buttresses and cylindrical stair tower with conical roof on north side; corbel table and triple lancet lights to the bellchamber; 2-light plate tracery west window; chamfered doorway under a gable to the north.

The South aisle and chapel: single 2- and 3-light trefoil headed windows, some under dripmoulds with carved stops. Interior: 3 bay arcade of cylindrical columns and pointed arches.