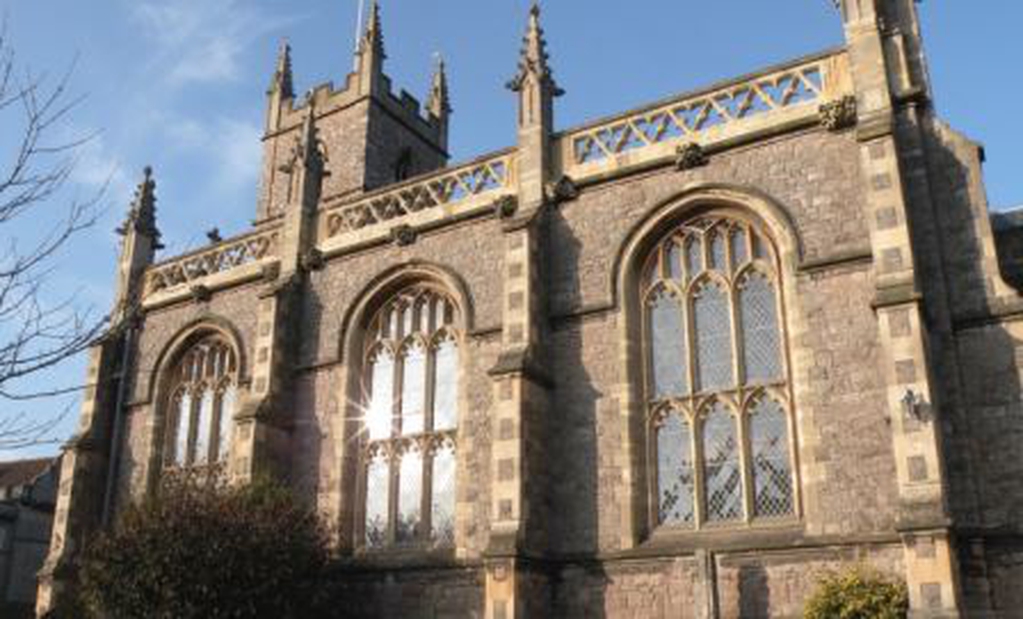 There have been Rectors of Weston for at least 866 years and a church has probably been on this site for the same period, indeed the name Weston-super-Mare (place in the west above the sea), accorded the settlement by clerks at Wells in 1314, springs from this very spot. It was and remains just above marine flood level.

For centuries this fishing and farming village slumbered through life until ‘discovered’ by the Georgians then rapidly developed by the Victorians. Little of antiquity remains:  Iron Age earthworks; remnants of a Medieval street pattern; manorial parkland; 17th century rectory long since converted into private apartments and a solitary seafront thatched cottage built at the behest of an 18th century ballad-composing clergyman. The town’s historical ‘feel’ is that of a Victorian seaside resort built for middle class sojourn and retirement, and for working class amusement.

In the process of aspiring to better things the tiny medieval church was demolished and in its place arose the current building.

The re-built tower and nave date from 1824 (tower’s top stage added 1840), chancel 1837, north aisle1844, south aisle 1890. As the town’s population grew so did the need for extra church seating. Galleries were added and though still in situ  are nowadays seldom used.

The chancel, arguably the most attractive part of the building, was re-ordered by Stephen Dykes-Bower in 1962 when graceful chestnut stalls were added. Traditional pews feature throughout the nave, though a more recent re-ordering at the west end has removed excess seating and provided clear space for social interaction linked to purpose-built kitchen and meeting space facilities.

The south chapel with neo-Perpendicular screens and reredos was executed in the 1920s with elegant architectural taste.

The Norman font and external plinth of a Puritan decapitated (possibly) calvary remind us of the longevity and accompanying trials and tribulations of Christian worship at St John’s.

Individual items of note within the building include: a fine Edwardian pulpit carved of Caen stone and green marble; two remaining 1901 frescoes (by Alfred Octavius Hemming); heraldic hatchments; and a number of wall monuments, tablets and memorials by Chantrey, Weekes, Tyley and Hems.

A hint of 15th century glass can be seen in the north aisle but it is the east window which has pride of place and is of national significance. Reputedly a gift from Bishop Law the work is by Thomas Willement, armorial painter to George lV then artist in stained glass to Queen Victoria, who with ingenious ability to recreate the 13th century style produced much work for St George’s Chapel Windsor.  The glass was blown out during an air raid then subsequently restored by Clayton & Bell in 1949.

St John’s is the only ‘modern’ church in Weston-super-Mare with a ring of bells. Six are 19th century by Jefferies & Price; two are early 20th century by Mears & Stainbank.

In 1962 the organ was moved to the west gallery and a new console installed in the quire, then a complete overhaul was undertaken in 1998