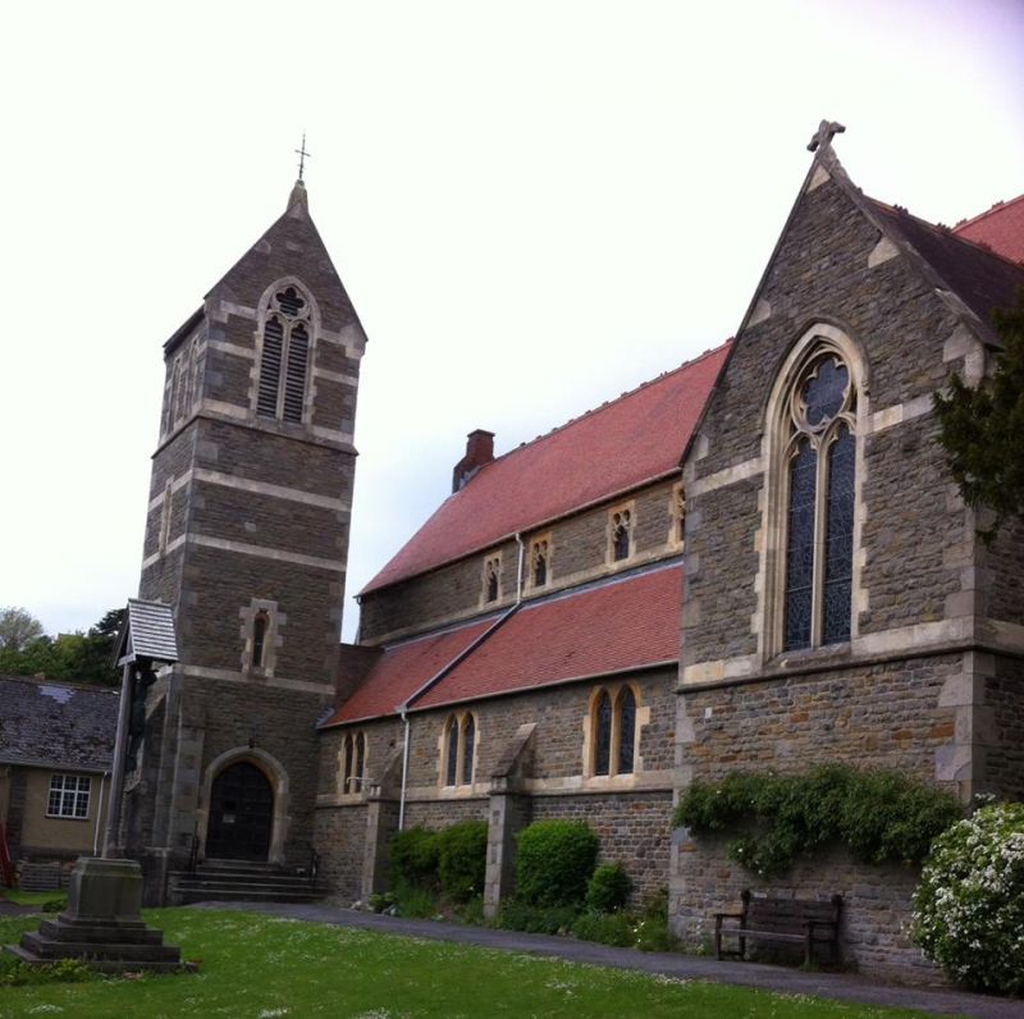 The Parish of Saint John the Evangelist, Clevedon is a parish of the Church of England within the Diocese of Bath and Wells, was founded in 1878. Established in the Catholic tradition in which we continue to rejoice today.

The building was the gift of Sir Arthur Hallam Elton of Clevedon Court as memorial to his late wife, Dame Rhoda Elton, who died on 1 November 1873. Sir Arthur also endowed the parish with a new vicarage, a school (now the town library) and the land on which the church hall now stands.

Sir Arthur employed the services of WILLIAM BUTTERFIELD a noted Anglo-Catholic, and one of the greatest architects of his day. St. John's follows the design of many of Butterfield's churches with a high continuous ridge from nave to chancel, clerestory windows - with stained glass of the apostles by Lavers and Westlake and a tall tower with saddleback roof containing six (originally five) bells.

Parish Priest  We are currently in a vacancy